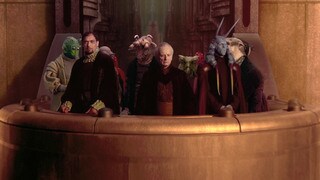 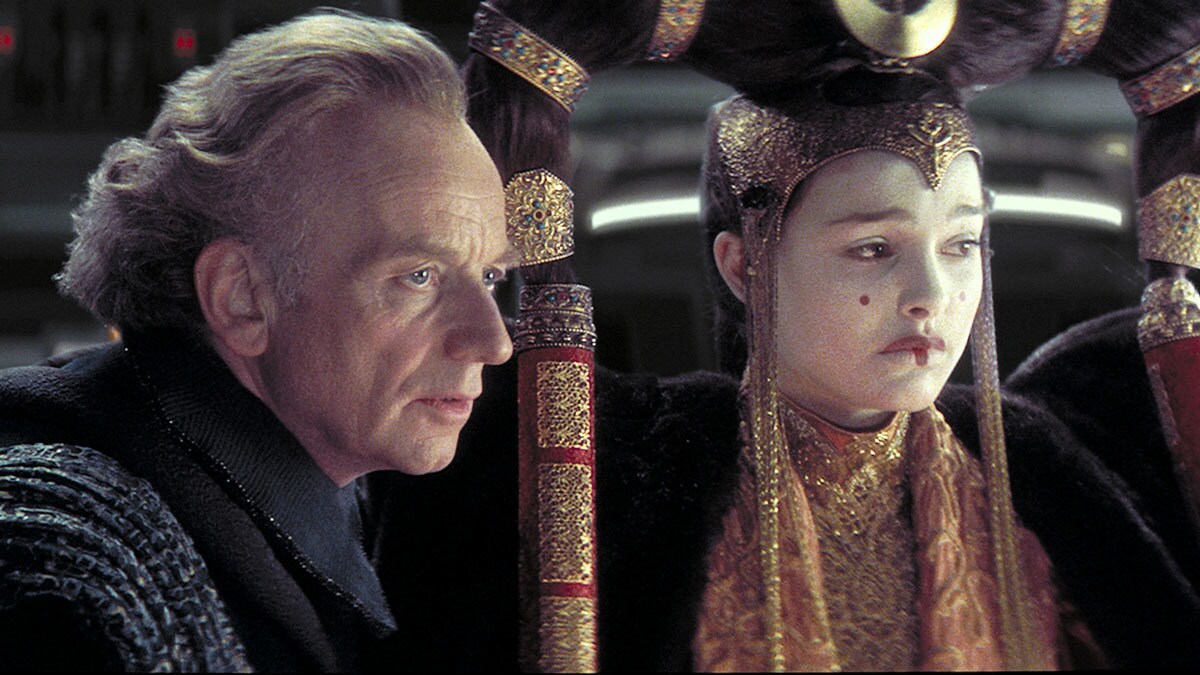 The Galactic Republic, while powerful, had become bloated. Senators and bureaucrats were corrupt, issues in the Galactic Senate were debated for lengthy periods with little resolution, and real change seemed impossible. This became the sad reality for Queen Amidala of Naboo, whose planet was invaded by the greedy Trade Federation. The Senate proved unable and unwilling to act, prompting the Queen to move for a vote of no-confidence in Supreme Chancellor Volorum’s leadership. As a result, her friend, Senator Palpatine, was elected as Valorum’s replacement. He promised to bring compassion and order back to the Republic, as well as an end to corruption. 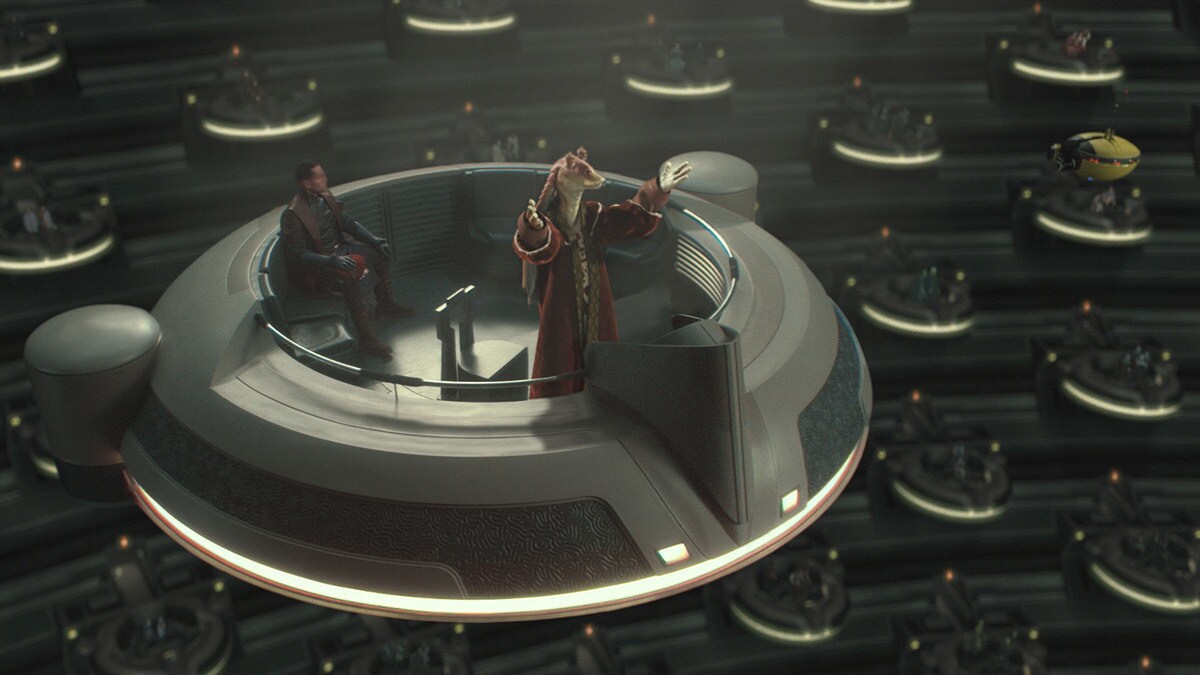 During Supreme Chancellor Palpatine’s term, the galaxy became increasingly divided. A Separatist movement formed, and Palpatine hoped for a way to combat their threats -- though he had no legal way to do so. Jar Jar Binks, a Representative from Naboo, made a radical motion: to grant the Chancellor emergency powers during this time of strife. His suggestion was enthusiastically received in the Galactic Senate, and Palpatine promised to relinquish these powers once they were no longer needed. In his first act, the Chancellor created a Grand Army of the Republic, featuring legions of clone troopers, massive star cruisers, and advanced weaponry. The Republic’s new forces made their debut in the Battle of Geonosis, taking on the Separatists’ droid army and starting the Clone War. 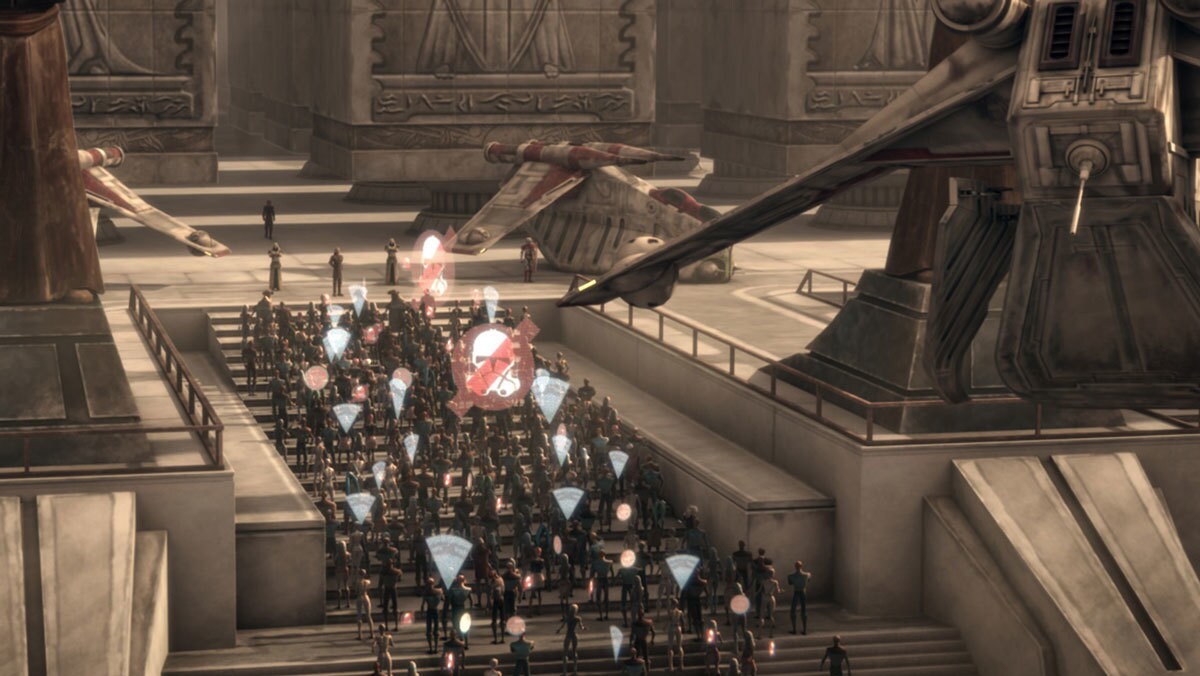 Although Supreme Chancellor Palpatine promised to bring compassion and order to the Senate, it seemed as if all he accomplished was war. The Jedi, former peacekeepers, were now generals. Clone troopers fought bravely for the Republic, but were not welcomed or supported universally. And there was no end to the conflict in sight. On Coruscant, capital of the Republic, protestors took to the streets; they claimed the Republic had become twisted, the Jedi no longer noble. It was emblematic of the galaxy at large, which was being torn apart by distrust and death. 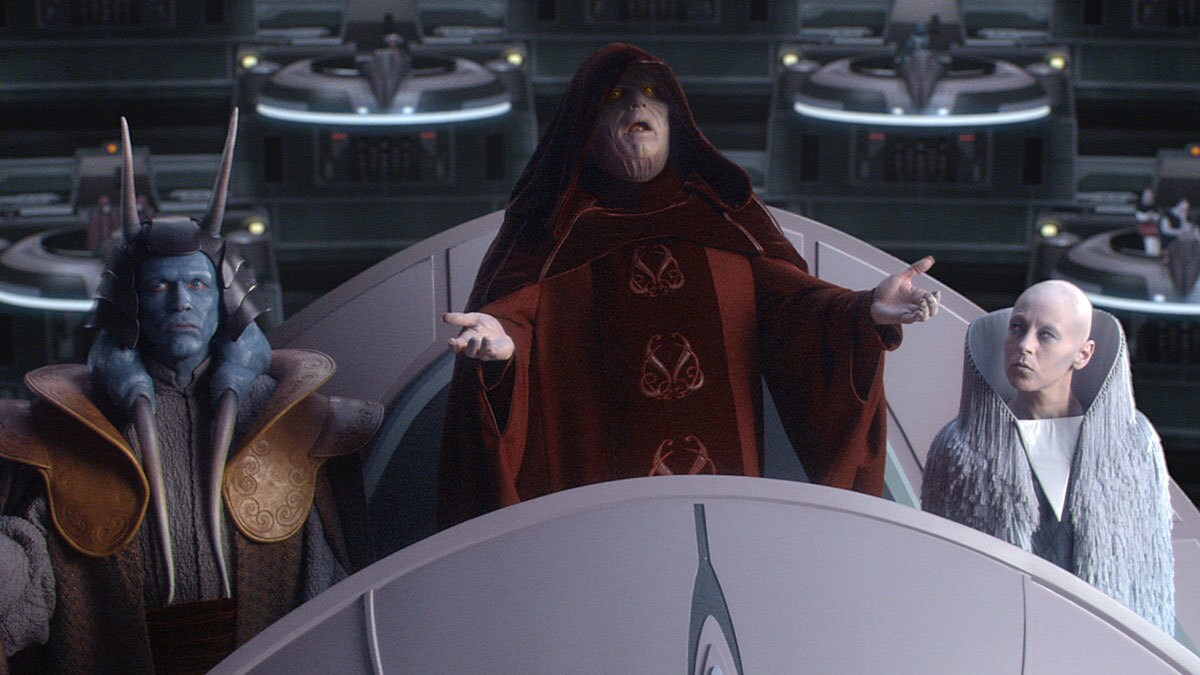 For three years, the Clone Wars ravaged the galaxy. Supreme Chancellor Palpatine, meanwhile, continued to amass new emergency powers and remained in office long after his term had expired -- developments that troubled the Jedi. In truth, the Jedi had good reason to be wary of Palpatine: the charismatic and seemingly well-intentioned old man was actually a Sith Lord called Darth Sidious, and he secretly orchestrated the entire Clone War. When the Jedi failed to arrest Palpatine, he called a special session of Congress; claiming to be the victim of a failed assassination attempt, the Chancellor named all Jedi as enemies of the state, and announced that he would reorganize the Republic into the first Galactic Empire. The Senate erupted in approval. “So this is how liberty dies,” Senator Amidala said. “With thunderous applause.”