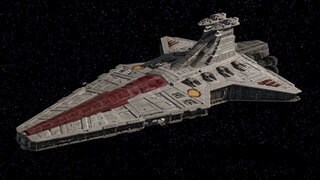 The Republic attack cruiser was not primarily a cargo transport, troop carrier or other replenishment or supply vessel; it was developed and honed for ship-to-ship combat. Its huge armored shape had an aggressive, dagger-like profile, studded with heavy weapons emplacements capable of punching through powerful shields and sturdy armor. The front half of the ship's spine contained a massive flight deck capable of scrambling the latest in Republic starfighters. The huge hangar doors opened to allow ships to land or takeoff from the deck; the vessel also had a smaller docking bay entrance on its lower side. 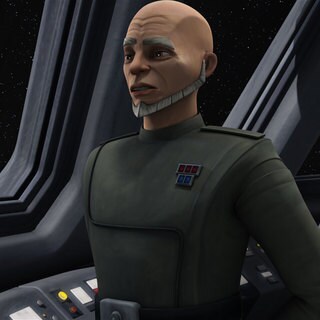