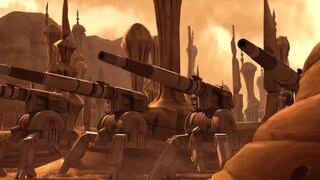 These self-propelled artillery cannons were in use during the Clone Wars by the Grand Army of the Republic. Known as heavy cannons, they typically had four legs (though some moved via repulsorsled) that would spread out and stabilize the gun while it’s firing. It only required a single clone trooper to operate them, ma 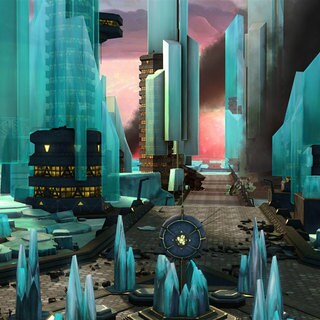