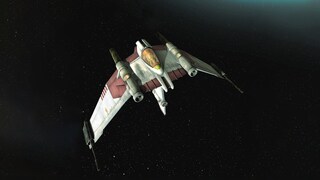 A fast, maneuverable starfighter, the V-19 saw service during the Clone Wars in battles above planets such as Teth and Ryloth. The craft’s blaster cannons and concussion missile launchers gave it a formidable weapons complement. Many of its technologies were later adapted for the V-wing fighter. V-19s were tricky to fly, as the bounty hunter Cad Bane discovered when he stole one to escape from the Jedi Cruiser Resolute. 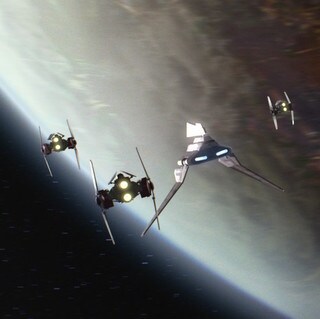