Sabine Wren was a Mandalorian warrior, explosives expert, and graffiti artist -- qualities that came in handy as one of the first rebels against the Empire. Part of the Ghost crew, Sabine used her gift for bomb-making to great effect against the Empire, and would often mark her work with spray-paint tags. Her classic Mandalorian armor was notable for incorporating her own custom stylings, reflecting her creative-meets-rebellious spirit. 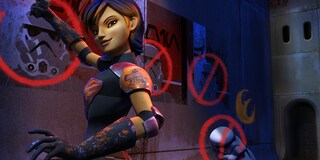 The official debut of the graffiti artist/weapons expert from the highly anticipated animated series! 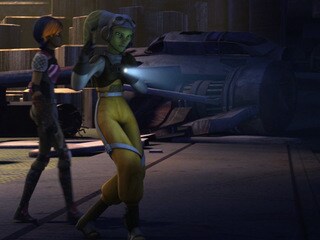 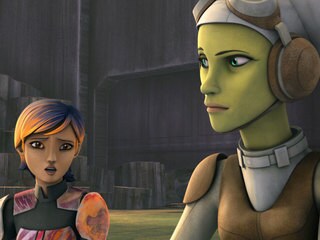 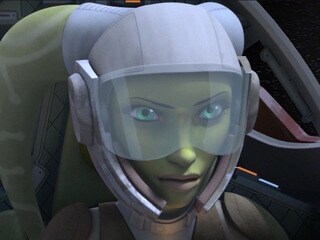 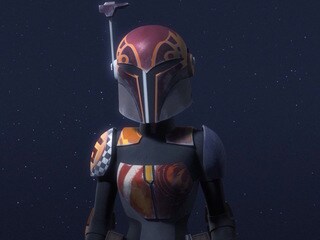 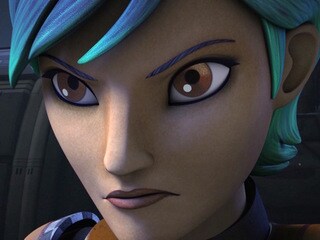 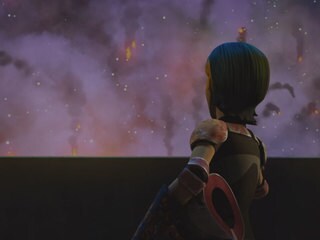 “Forget the explosion – look at the color!” 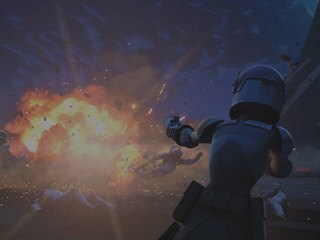 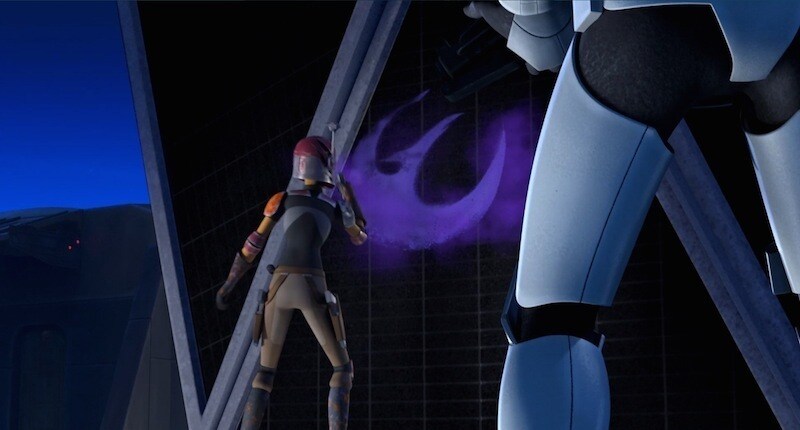 A young girl with riotously colored Mandalorian armor and a mysterious past, Sabine loved to express herself artistically. She saw the galaxy as her canvas -- everything from her hair and armor to the walls of the Ghost could be improved with bursts of color and an expressive line. She took particular delight in repainting Imperial gear, armor and vehicles, turning drab Imperial equipment into expressions of freedom. But Sabine’s favorite art form was demolitions – she could rig anything to explode, and in a fashion that was not only effective but also artistic. When there wasn’t time for anything so sophisticated, Sabine contented herself with blasting away at stormtroopers and other symbols of the Imperial regime she despised. Hera assigned Sabine a vital mission: to rendezvous with a courier carrying Imperial secrets. The courier, however, was a GNK droid called EG-86, and EG-86 was also wanted by Black Sun. A bounty hunter named Ketsu Onyo -- and old friend of Sabine’s -- arrived at the meeting point to take the droid, and that bad blood between the two boiled to the surface. Sabine, Ezra, Chopper, and EG-86 fled in a starship, but Ketsu pursued. Eventually, the two were force to work together to combat the Empire, and Ketsu admitted a newfound respect for Sabine’s new path. Sabine offered Ketsu a place in the rebel family, but she was not yet ready to join the cause. 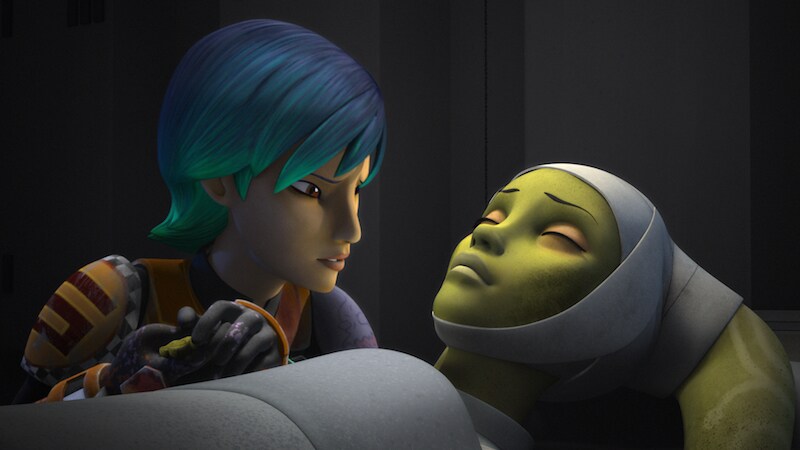 As the rebels became more active -- and targeted by the Empire -- it became more difficult to travel from planet to planet. They decided to find a new hyperspace route to the Lothal system, and Sabine suggested Concord Dawn: a Mandalorian system unoccupied by the Imperials. She accompanied Hera on a mission to meet with the Mandalorians, but quickly found they were not welcome. Fenn Rau, leader of this group of Mandalorian warriors, attacked several of the rebels’ A-wings, severely injuring Hera. Sabine was filled with guilt and anger, and promised revenge. 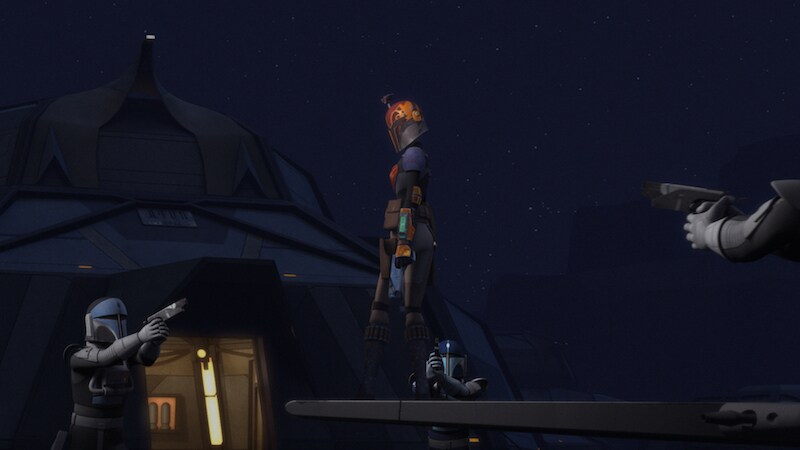 Kanan, however, still hoped to complete Hera’s mission and establish a friendship with the Mandalorians. He and Sabine planned to return to Concord Dawn and infiltrate the Mandalorian base, and the Jedi urged restraint -- there would be no killing, no revenge, but they would disable the Mandalorian fleet. He met with Rau while Sabine planted explosives on the Mandalorian craft. Yet when she was spotted, Sabine invoked the code of single combat, challenging Rau. The two stood opposite each other, ready to deliver single blasts that would end their enemy. Kanan implored Sabine not to go through with it; Sabine, however, blasted Rau’s weapon, showing that she did not intend to kill anyone. After her explosives detonated, Rau ran for his fighter, determined to destroy the rebel fleet. Kanan and Sabine managed to stop him, and Rau, impressed the rebels’ tenacity and honor, granted them safe passage through Concord Dawn. Sabine was determined to recruit Fenn Rau to the rebel cause, and continued to visit him in his cell. During one fateful visit, the rebellion lost contact with Concord Dawn. Rau volunteered to investigate with the rebels, and they found the planet half-decimated, with all of Rau’s Mandalorian troops killed at the hands of Imperial Super Commandos and Gar Saxon, their leader. After a confrontation with their new enemies, Rau came away impressed with Sabine’s devotion to the rebellion and her willingness to die for what she believed in, and he finally agreed to join the rebellion.