Meet the muscle of the Ghost team. Garazeb "Zeb" Orrelios was a cunning Lasat honor guard who adopted the cause of rebellion against the Empire. Despite his hulking frame, Zeb was actually highly-educated and articulate. Still, he loved beating up stormtroopers, who he nicknamed “bucket heads.” Learn about the Ghost crew's big guy with a heart, directly from the creators of Star Wars Rebels. 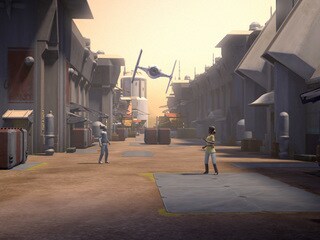 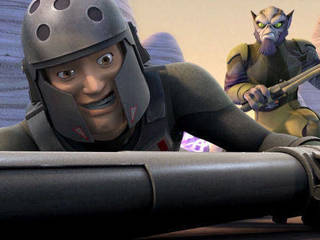 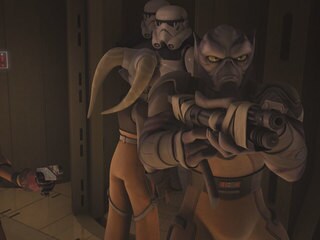 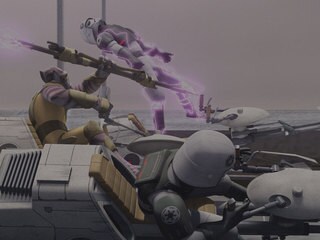 “It’s just something about the feel of their helmets on my fists.” 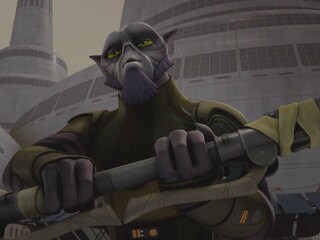 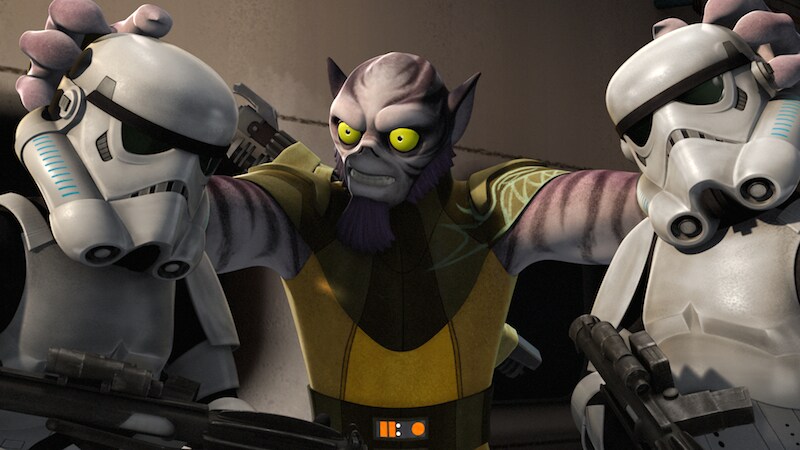 The hulking Zeb Orrelios served Hera Syndulla’s rebel crew as a one-Lasat wrecking crew, gleefully crunching bucketheads and anyone else who threatened his friends. But Zeb’s wisecracking demeanor hid a painful past – the Empire had brutally subjugated his homeworld of Lasan, leaving Zeb as one of the few surviving members of his species. 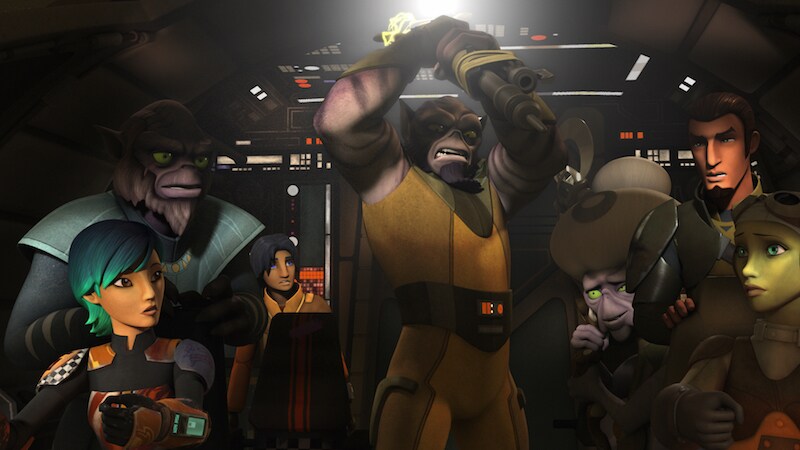 Thanks to a tip from Hondo Ohnaka, the Ghost crew came to rescue -- much to Zeb’s shock -- two Lasat survivors. They were Gron, a former member of the Honor Guard who served under Zeb, and Chava, an elder mystic. Both believed in a prophecy that would reveal the location of Lira San, the original and future home of the Lasat. Zeb, hardened through his experience with the Empire and the loss of his people, however, thought this to be a foolish idea. Through Chava’s teachings, Zeb came to believe. He took part in a Lasat ritual, culminating with an ancient use of his bo-rifle, that led the Ghost to Lira San. The prophecy and the planet were real, and the Lasat had a homeworld once more. 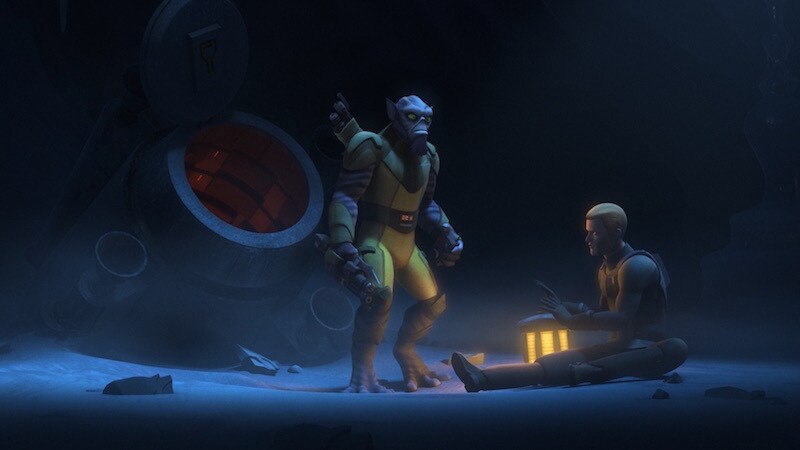 On mission to investigate a construction module near Geonosis, Zeb and the rebels soon found they’d walked into a trap. Agent Kallus and his men were waiting, and in the ensuing chaos, Zeb and Kallus, his hated enemy -- who led the razing of Lasan -- found themselves together in an escape pod. They crash landed on a nearby moon -- freezing and desolate, with the exception of massive bonzami. While Zeb and Kallus’ hatred for each other boiled to the surface, they had to put their differences aside in order to survive. Through the experience, they learned unexpected truths. Kallus did not claim his Lasat bo-rifle as a trophy; it was gifted to him by an Honor Guard that he bested in battle. He also, in his first deployment, witnessed a Lasat murder his squad in cold blood. When the Ghost answered their transponder signal and came to rescue the unlikely duo, Kallus remained on the moon, waiting for the Empire. But both Imperial and rebel had a newfound respect and understanding for each other. 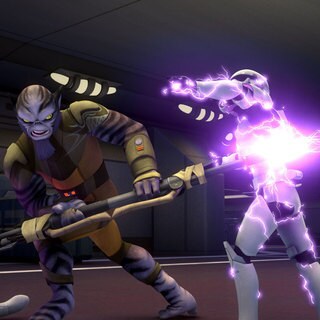