A proud world with a rich warrior culture, Mandalore is home to various clans united under Bo-Katan Kryze, wielder of the Darksaber.

Once a glorious world, the surface of Mandalore was laid waste by war, leading Duchess Satine Kryze to renounce the planet’s violent history and declare neutrality in the Clone Wars. Satine’s pacifism was opposed by Death Watch, an underground movement of armored warriors that celebrated Mandalore’s martial past and sought to overthrow her. Late in the Clone Wars, Darth Maul took over Death Watch and led the conquest of Mandalore. He executed Satine and installed a puppet prime minister as the planet’s new ruler, sparking a new chapter in Mandalore’s violent history. Satine's sister, Bo-Katan, refused to support Maul and helped his greatest nemesis, Obi-Wan Kenobi, escape capture.

Years later, the Empire occupied the once-proud world. Sabine Wren, a Mandalorian rebel, returned with the Darksaber, looking to unite her people and strike back against Imperial tyranny. With Bo-Katan and several clans, she destroyed the Empire's Mandalorian armor-targeting weapon. Sabine then gifted the Darksaber to Bo-Katan, and the clans aligned under her leadership. 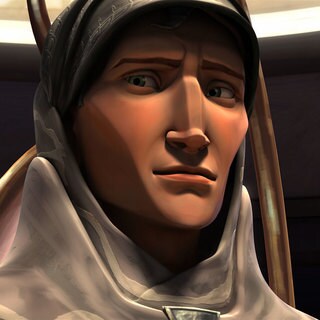