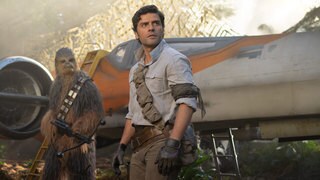 A Resistance starfighter ace, Poe Dameron is one of Leia Organa’s most-trusted operatives. He can fly anything – which is fortunate given how often his headstrong nature leads him into trouble. Poe leads the attack that destroys Starkiller Base, but soon finds himself on the run from the First Order. Sidelined without his beloved X-wing, he learns tough lessons about leadership, heroism and sacrifice. Those lessons will prove essential in rebuilding the Resistance before a showdown with the forces of evil at Exegol. 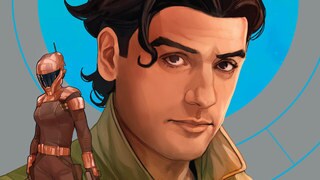 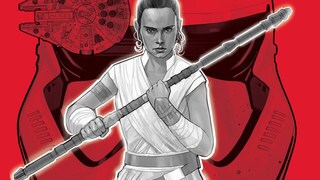 Rey, Poe, Rose, and BB-8 Carry On in Spark of the Resistance – Exclusive 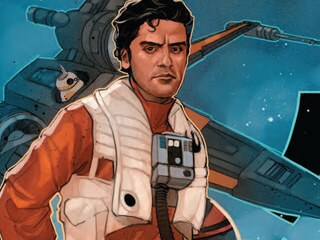 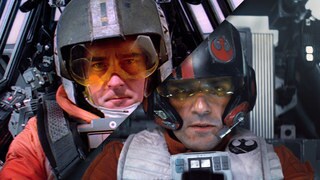 The Galaxy in Comics: The End of Poe Dameron #31 Is Just the Beginning

Say goodbye to Black Squadron in the uplifting conclusion of the standalone series featuring the decorated Resistance pilot and his team. The son of rebel heroes, Poe Dameron learned to fly as a boy on Yavin 4. After a rebellious period as a spice runner on Kijimi, he became an ace pilot in the New Republic. He left to join the Resistance, led by his idol, General Leia Organa. Leia sent Poe to Jakku to find the explorer Lor San Tekka, hoping the old explorer might be able to help locate Luke Skywalker.

San Tekka gave Poe a scrap of an old star chart, but the First Order attacked his village. Poe hid the chart in his astromech, BB-8, telling the droid to flee. He then battled the First Order invaders, but was captured and interrogated by the ruthless dark side warrior Kylo Ren, who discovered what Poe had done with the map to Skywalker.

Poe might have died in First Order custody, but a renegade stormtrooper designated FN-2187 broke him out of his cell because he needed a pilot to escape First Order service. Poe and Finn stole a TIE, which Poe tried to fly back to Jakku – but the fighter was shot down and crashed.

As the Resistance hastily evacuated D’Qar, Poe disobeyed Leia’s orders and destroyed a First Order Dreadnought, an attack that cost many pilots’ lives. He was stunned when an angry Leia demoted him, and shook to his core by an attack on the Raddus. Leia was badly injured, Poe’s beloved X-wing was destroyed, and the sidelined pilot had grave suspicions about the new Resistance commander, Vice Admiral Holdo.

Convinced Holdo was leading the Resistance to ruin, Poe defied her. He helped Finn and Rose Tico craft a desperate rescue mission and staged a mutiny to scuttle Holdo’s plan to evacuate the cruiser. Poe was grateful to learn Leia had recovered – but rather than help Poe, Leia stunned him with a blaster, ending his personal rebellion.

Holdo gave her life to buy the Resistance transports time to escape, leaving Poe chastened by her sacrifice. He led a last-ditch effort to stop the First Order on the surface of Crait, but called off the attack when he realized it was suicidal. He then helped lead the surviving Resistance soldiers to safety.

Poe helped Leia rebuild the Resistance, and worked to atone for his mistakes and become a better leader. When the Resistance learned a spy within the First Order had leaked valuable intel, he borrowed the Millennium Falcon and retrieved the datafile from Sinta Glacier Colony, fending off attacking TIEs.

Poe accompanied Rey on her quest to locate a Sith wayfinder that could help the Resistance reach Exegol, where the resurrected Emperor Palpatine commanded a powerful Sith armada. Their journey would lead him back to Kijimi and a tense reunion with Zorii Bliss, who felt that Poe had betrayed and abandoned her.

After Leia’s death, Poe rallied the Resistance’s forces for a raid on Exegol. Though many Resistance fighters lost their lives battling the Sith, Poe’s leadership – and the timely arrival of a citizens’ fleet of starships – helped the Resistance destroy the Sith armada and win a great victory over the forces of evil. 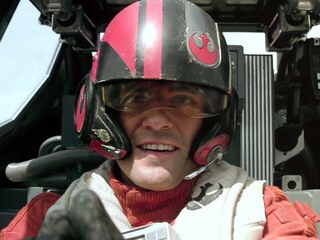 "Go straight ahead and don't let these thugs scare you!" 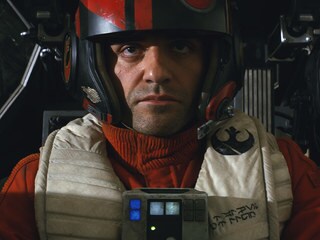 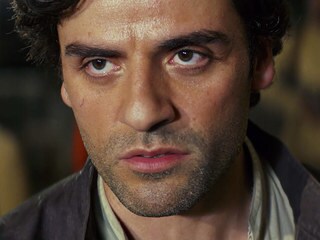 "We are the spark that'll light the fire that'll burn down the First Order." 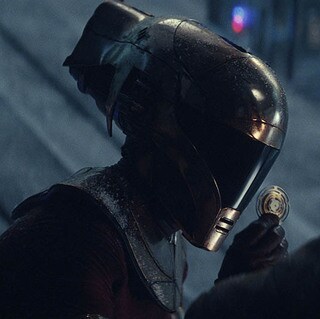 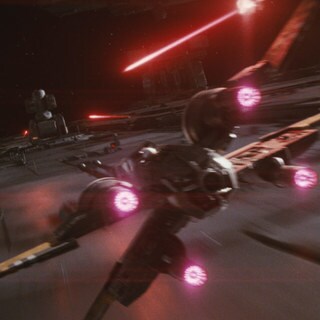