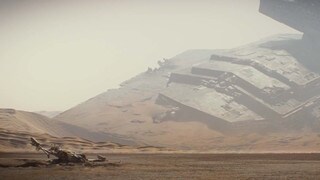 A harsh desert world, Jakku is a lawless place that’s home to thieves, outlaws and refugees. During the final years of the Galactic Civil War, Jakku was the site of a secret Imperial research base and served as a jumping-off point for warships heading into the Unknown Regions. The Empire made a last stand above the frontier planet, leading to a pitched battle between rebel and Imperial fleets. Jakku’s sandy wastes are littered with old wrecks, picked over by desperate scavengers searching for parts that can be salvaged and sold. 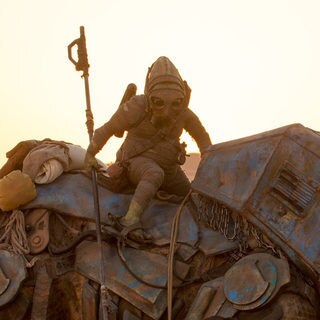