Star Wars Echoes examines the lives of two characters — seemingly very different on the surface — and how they’re often more similar than we might think.

Who do we speak about first? The elder, who survived the destruction of two Death Stars. Or his successor, a young hotshot who destroyed a Starkiller of his own. Both incredible flyers, each commanding rebels more than willing to follow their lead. He started as Red Two, but Wedge Antilles grew to be one of the Rebellion’s most capable pilots, trainers, and leaders all in one flight suit. At the end of the New Republic’s fragile, hard-won peace, Black Leader Poe Dameron found himself still navigating relationships with rebels his predecessor worked alongside almost thirty years before. Equally charismatic, neither willing to back down from a dogfight, strap in as we unfold our S-foils and explore the parallel journeys of rock-solid Rebel pilot Wedge Antilles and Resistance hero Poe Dameron.

Each commanded a squadron of X-wing pilots against world-killing satellites. And Nien Nunb was there!

When it comes to beating Death Stars, Wedge Antilles is a flight away from a hat trick. First, the eager Corellian flyboy took on the original Imperial superweapon as Red Two, one of the two members of Red Squadron to survive -- the other being Luke Skywalker, who fired the final, one-in-a-million shot. During the Battle of Endor, Wedge accompanied the Millennium Falcon and its crew of Lando Calrissian and Sullustan chatterbox Nien Nunb, into the heart of the second Death Star to destroy it from within. Nunb, whose easy demeanor and quick reflexes contributed to his longevity, was there again when Poe Dameron led a fleet of X-wing starfighters on an assault against the First Order’s Starkiller Base, disabling Supreme Leader Snoke’s ill-fated planet destroyer. 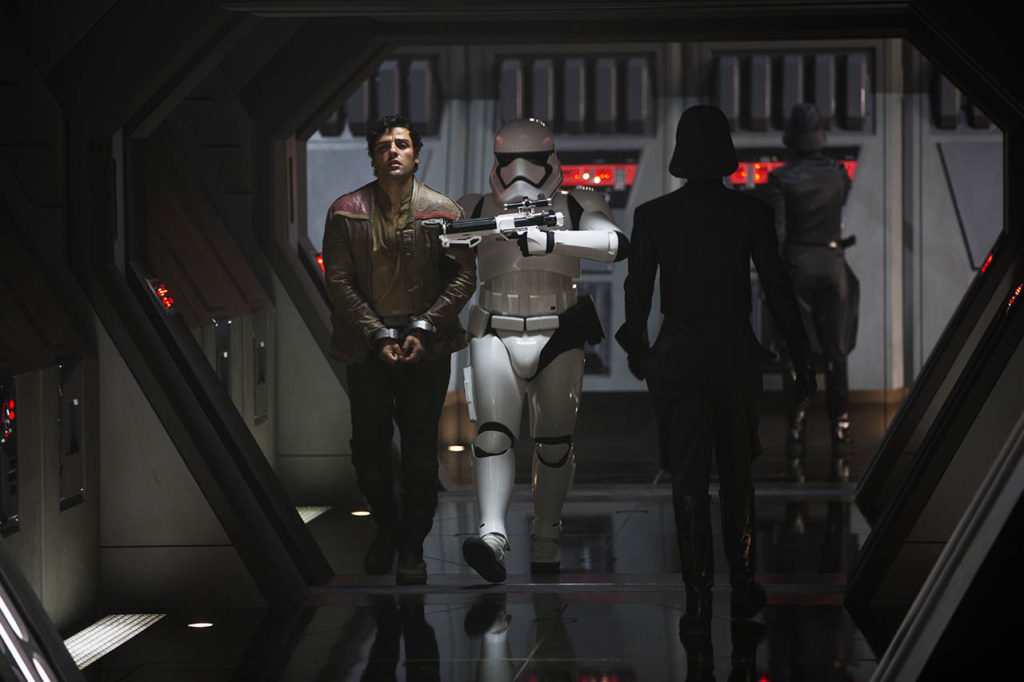 Wedge and Poe both recruited former Imperial soldiers into their respective rebellions.

Eighteen months after the Battle of Yavin, Antilles helped deliver resources and supplies to the planet of Oulanne, where his path crossed that of Thane Kyrell. A native of Jelucan, Kyrell had been one of Coruscant’s Royal Imperial Academy’s brightest young pilots until the destruction of Alderaan and the death of his friends engendered a resentment against the Empire that would blossom into full-blown rebellion. Following a brief stint aboard a Wookiee cargo transport, Kyrell was swayed to join the rebel cause by a particularly persuasive Wedge Antilles. Much later, despite usually adopting the stance of brash pilot or risky strategic commander, for one unexpected moment, Poe unknowingly found himself cast in the role of recruiter. Desperate to leave the First Order, former stormtrooper FN-2187 rescued Poe from Kylo Ren’s clutches. The brief interaction eventually led the newly-named Finn down a path that would make him one of the Resistance’s fiercest allies.

And they both knew the Wexley clan.

On a mission for the New Republic following the Battle of Endor, Antilles’ fake identity was discovered and he was arrested by Admiral Rae Sloane. Tortured by the former advisor to the Emperor, Yupe Tashu, Wedge managed to break free and send a call to war before falling into Sloane’s hands once more. It would take a newly-forming team of heroes to save Wedge, including the Zabrak bounty hunter Jas Emari, Republic pilot Norra Wexley who’d flown with Antilles at Endor, and her son Temmin…who would one day be known as “Snap” when he flew with Poe as part of Black Squadron.

AT-ATs! The sight of the monstrous walkers, thundering across the tundra, is enough to strike fear into the heart of anyone in their line of fire. On Hoth, during the Empire’s assault on Echo Base, Wedge served alongside Luke Skywalker yet again as Rogue Squadron dove, dodged and dared harpoon as many walkers as possible, in hopes of bringing them crashing down into the snowy terrain. Antilles, along with his gunner, Janson, was the first to bring down a walker on Hoth, using a tow cable to tangle its legs and then fire on its exposed neck once the AT-AT fell to the ground. Decades later on Crait, Poe found himself racing toward a team of vastly upgraded walkers -- the AT-M6, lighter and stronger versions that recharge more quickly -- alongside a ragtag team of Resistance fighters on the flight of their lives. Tearing across a field of salt in long-forgotten, rather shaky V-4X-D ski speeders, Dameron’s squad showed incredible grit and determination against an enemy force that both outweighed and outnumbered their tiny band of heroes. In the end, their brave advance resulted in heavy losses. But they could thank the same man for his brilliant intervention tactics…

Both Wedge and Poe would experience last-second saves thanks to Luke Skywalker.

All seemed lost on Crait. Poe had led the last of the Resistance against the might of the First Order…only to be scattered and pushed back inside their barely-protected stronghold. One way out, no retreat. Then a man in a robe -- a legend from the past on whom they couldn’t have expected to rely -- appeared on the field and bought them enough time to escape. That final sacrifice and bravery returned the spark of hope into the heart of the Resistance…and into Dameron himself, who could finally see what it meant to be a hero and leader. Decades earlier, Wedge Antilles entered the trench circumnavigating the Death Star alongside Biggs Darklighter and Luke Skywalker, hoping this run at the station’s thermal exhaust port would result in victory. Unfortunately, a targeted strike by Darth Vader killed Biggs and sent Wedge’s damaged X-wing into retreat. But Skywalker managed to complete the shot and destroy the Death Star.

Two men, each present at a legend’s first and last heroic act. And though both endured victories and defeats over the years, they continued fighting to free the galaxy and resist the forces of tyranny. Poe and Wedge were more than just pilots or squadron commanders. They were natural leaders and beacons of hope.

This is the final installment of Star Wars Echoes. It's our hope that you've enjoyed it. Thanks for joining us!