The Clone Wars Rewatch: Jar Jar and "The Disappeared"

Like a Bombad Knight, Binks arrives on Bardotta to help save the day.

"Without darkness there cannot be light." 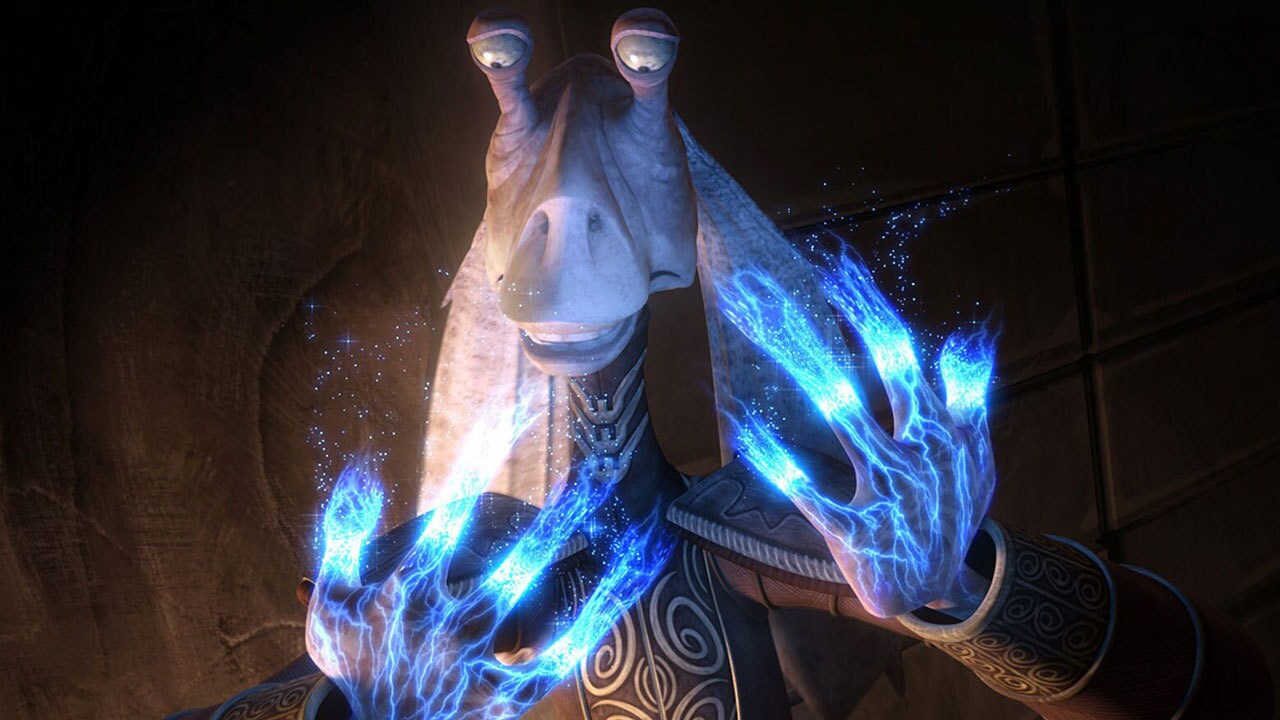 The peaceful world of Bardotta and its mystic ways are threatened by an ancient prophecy, and its top spiritual leaders have vanished. Queen Julia of Bardotta calls for help from her most trusted friend in the Senate, Jar Jar Binks. Recognizing the importance of Bardotta's spiritual balance, the Jedi Council sends Mace Windu to accompany Binks and investigate.

Bardotta is a microcosm of the larger conflict of faith happening all around the galaxy, and it's fascinating to see how the Force transcends our usual understanding of good and evil forces at play in the Star Wars galaxy.

The Jedi have arrived to help, but long before the war began turning planets against the Jedi generals, the Dagoyan Masters pegged the noble Jedi as kidnappers, stealing their Force-sensitive children for their own benefit. They have nothing but disdain for the order.

However, love and friendship can overcome that hate, exemplified in Jar Jar Binks and Mace Windu. Queen Julia and Jar Jar seem to have had a romantic entanglement for some time when he arrives like a Bombad knight in shining senatorial robes. For a character so often overlooked and undervalued, misunderstood and too frequently sidelined, Jar Jar's moment as hero of the hour is well-earned.

He's able to help because of his patience, his compassion, and his humble servant Jedi Master Mace Windu. Mace doesn't seem to be much of a fan of the floppy-eared politician at the outset of their mission. By the time the credits roll, Binks has grown on him. And Mace is dynamic in battle, a role we don't often get to see the calm and collected Jedi Master embody. United, they stand a chance at unraveling the mystery at hand.

Far from a happy ending, with the ancient cult below the planet's surface harvesting the living Force from unwilling participants in a nod to Indiana Jones and the Temple of Doom, this is only just the beginning of their battle for Bardotta and the balance of the Force itself.

Next up: Come back next Thursday when the mysterious Great Mother arrives in "The Disappeared" Part II.