Meet galaxy-changing Jedi, Mandalorians, and others that came to life in the hit animated series.

Star Wars: The Clone Wars expanded the galaxy with strange, unexplored planets and a rich extension of the framework established in the prequel trilogy. The stories spanned from Coruscant to the Outer Rim and beyond. As the conflict ballooned, The Clone Wars brought in characters we'd never met before: notably the Togruta Padawan Ahsoka Tano, dozens of clone troopers (distinct and individual despite sharing the same DNA), crafty politicians, and beings trying to continue their day-to-day existence in the midst of a far-reaching war.

Ahead of The Clone Wars' final season coming to Disney+ on February 21, we're looking back at 20 of the many memorable characters introduced in the first six seasons of the series. (And please know we only left Asajj Ventress out because she was introduced prior to The Clone Wars. But rest assured that we love her, too.)

Anakin Skywalker wasn't thrilled to take on a Padawan learner, and Ahsoka Tano came to him unpolished but excited to learn. Taught to be a Jedi in a time of war, Ahsoka learned hard lessons both on the battlefield and within the Jedi Temple; she modeled her strategy and actions after her master and commanded clone troopers in battle. After being wrongfully accused of treason and murder, Ahsoka decided to walk away from the Jedi Order. But that was not the end of her story...

Recommended viewing: Watch Star Wars: The Clone Wars (the movie), "Brain Invaders," "Lightsaber Lost," "Padawan Lost," "Wookiee Hunt," "Sabotage," "The Jedi Who Knew Too Much," "To Catch a Jedi," and "The Wrong Jedi" now on Disney+.

Anakin Skywalker wouldn't have been the Jedi general he was without Captain Rex by his side. Designated CT-7567, Rex set himself apart from the thousands of other clones with his heart, leadership, and dedication to his brothers. He led the 501st Legion and cared for all the men under his command, putting emphasis on the life of every clone. Evading Order 66, Rex would continue to serve as a member of the Rebel Alliance.

Recommended viewing: Watch "The Hidden Enemy," "Landing at Point Rain," "The Deserter," "ARC Troopers," and "The Citadel" now on Disney+. 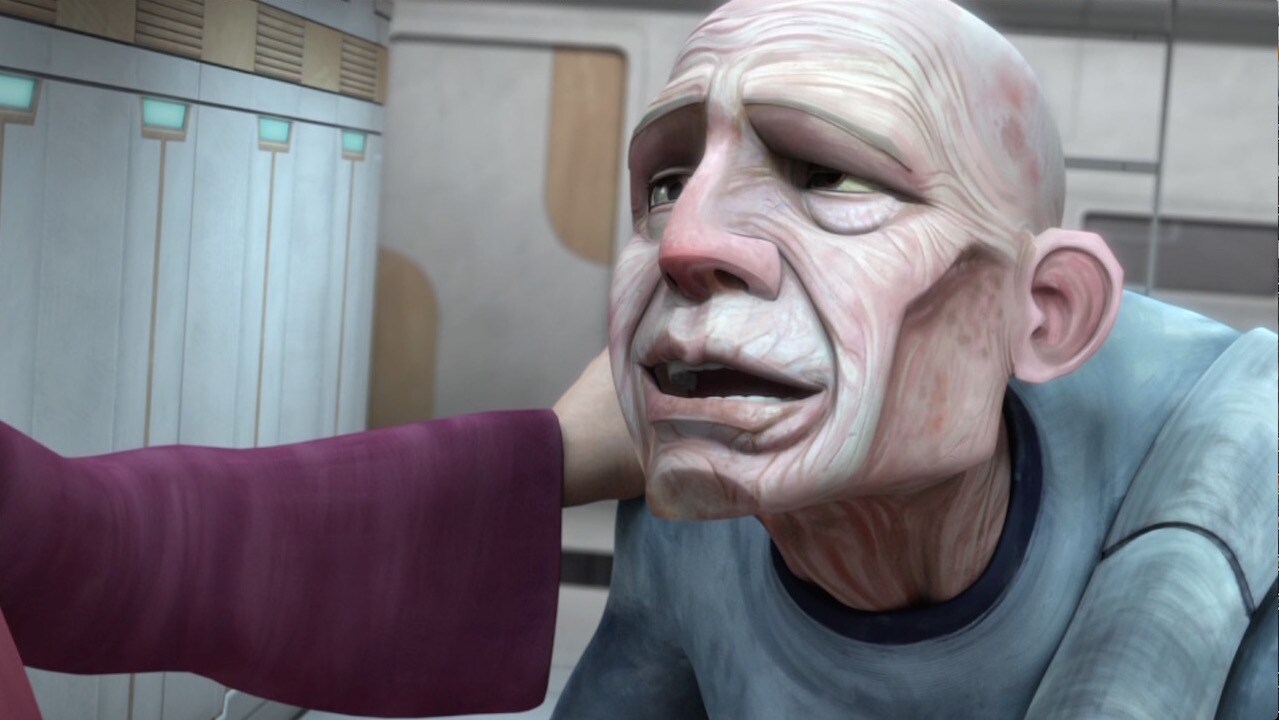 The cloning process was not without flaws. And though we connected with many remarkable clones throughout the series, 99 is especially unforgettable. Malformed and unable to train as a trooper, 99 cheered on his brothers and dispensed advice. He defended his home as a soldier when the Separatists invaded, all while continuing to wear his kind heart on his sleeve.

When Duchess Satine Kryze ruled Mandalore she did so as a pacifist. She tried to steer her people towards peace and maintain neutrality in the war, but the hostilities' continuing spread through the galaxy made her work a challenge. Her lofty ambitions and poise as a ruler were matched only by her sophisticated fashions.

Recommended viewing: Watch "The Mandalore Plot," "Voyage of Temptation," "Duchess of Mandalore," "Shades of Reason," and "The Lawless" now on Disney+.

The Clone Wars expanded our knowledge of the Force and even what happens to some Force users after death. With guidance from Qui-Gon Jinn, Yoda went on a quest to learn how to become a Force spirit -- to transcend death of the mortal body. Yoda encountered five Force Priestesses on that journey; they administered a test to the Jedi Master to begin his training. Embodiments of the connection between the living Force and the cosmic Force, the priestesses manifested as Serenity, Sadness, Anger, Confusion, and Joy. 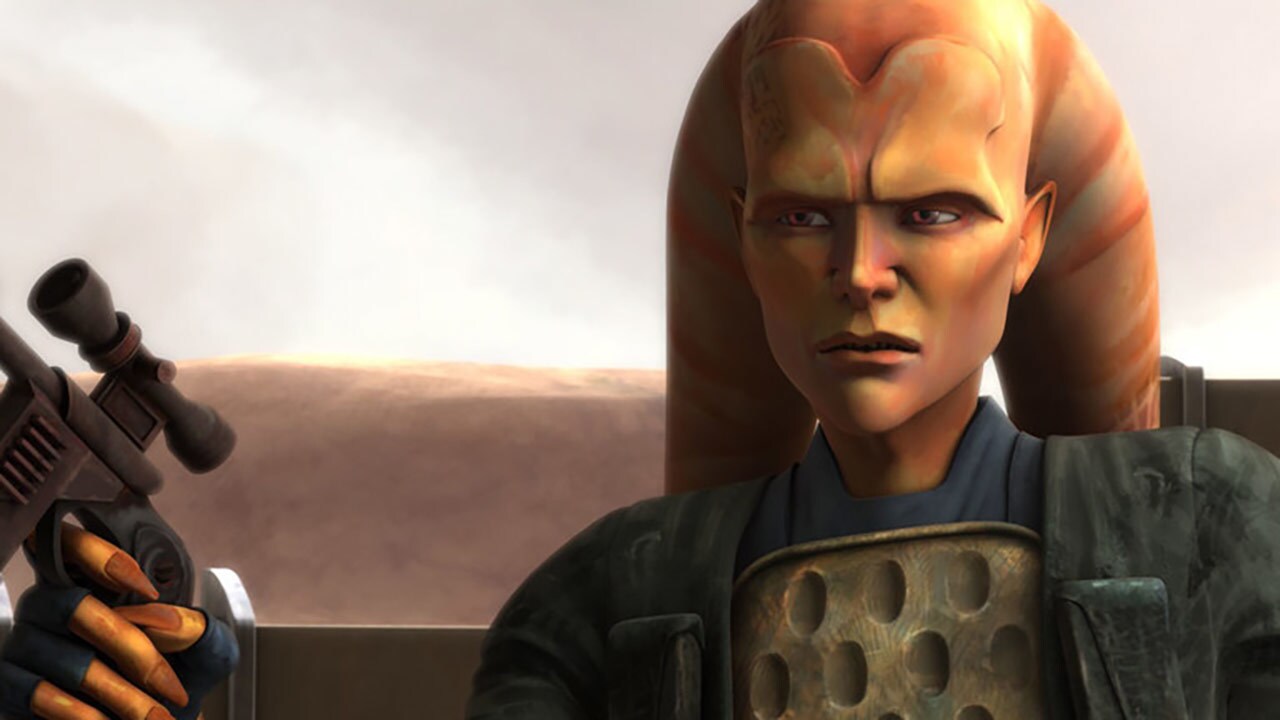 The Separatists directed their sprawling, mechanical armies to multiple planets that preferred not to be involved, including Ryloth. Some of the Twi'lek citizens defended their home -- perhaps none more bravely than Cham Syndulla. He commanded resistance fighters against the droid army with an unwavering dedication to save his people and his homeworld.

The introduction of the Nightsisters of Dathomir gave an unexpected, fascinating layer to the Force and the magicks in the Star Wars galaxy. Mother Talzin served as Nightsisters' Clan Mother: Intimidating, powerful, and almost always wicked, Talzin put herself and the Nightsisters above all else (spoilers: she usually put herself first). She possessed unabashed ambition and didn't back down from confronting Sith Lords.

The coolest hat-wearing bounty hunter around, Cad Bane didn't say no to any job that paid well. He was unbothered by danger and risks. Bane was skilled and aware of how effective he was; he had a reputation for getting jobs done. Dangerous and always prepared with a disguise, gadgets, weaponry -- whatever it took to achieve success.

The measure of a being isn't their size, as demonstrated by Meebur Gascon. A leader in the Grand Army of the Republic, Gascon commanded D-Squad, a group of droids (including R2-D2!) tasked with acquiring an important encryption module from the Separatists. The mission came with obstacle after obstacle, but Gascon and his mechanical crew found success...and Gascon found a new respect for droids.

Recommended viewing: Watch "Secret Weapons," "A Sunny Day in the Void," "Missing in Action," and "Point of No Return" now on Disney+. 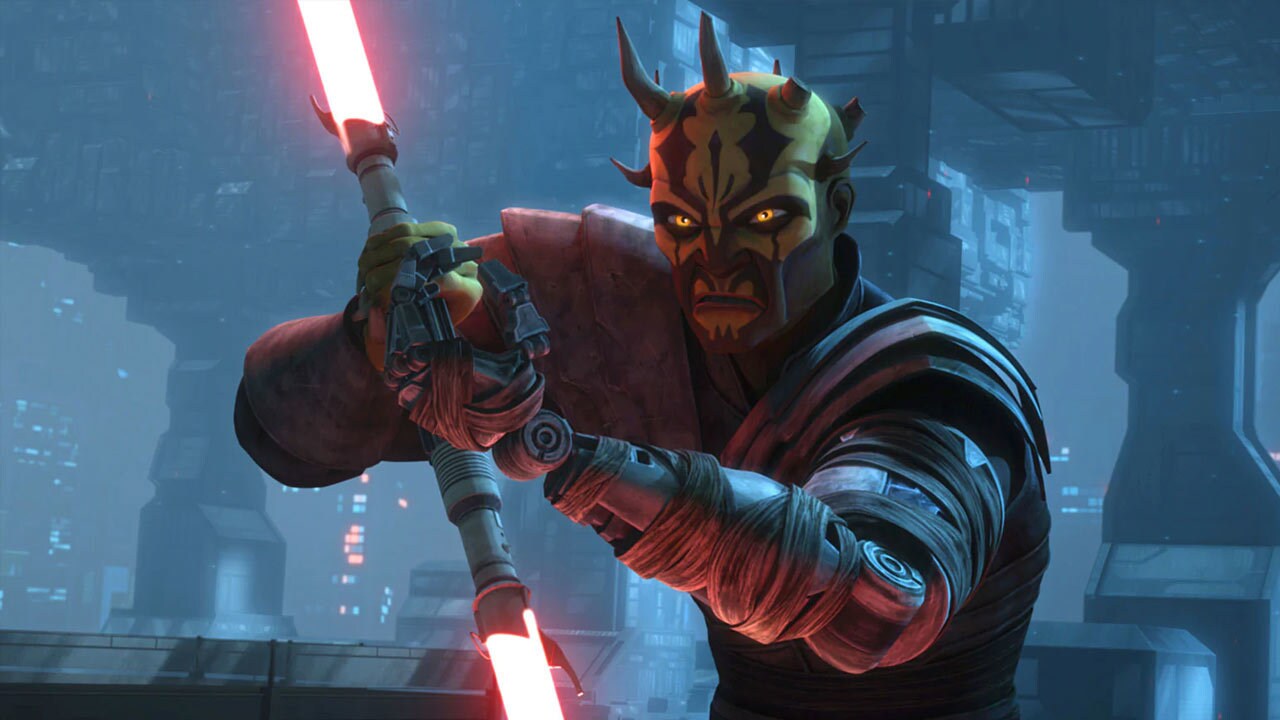 First of all, the Nightbrother Savage Opress has the coolest name. Torn out of relative anonymity by Mother Talzin and her magicks, Opress became a preternaturally strong warrior. He apprenticed under Dooku for a brief time before searching for his brother, Maul, supporting his quest for revenge against Obi-Wan Kenobi. 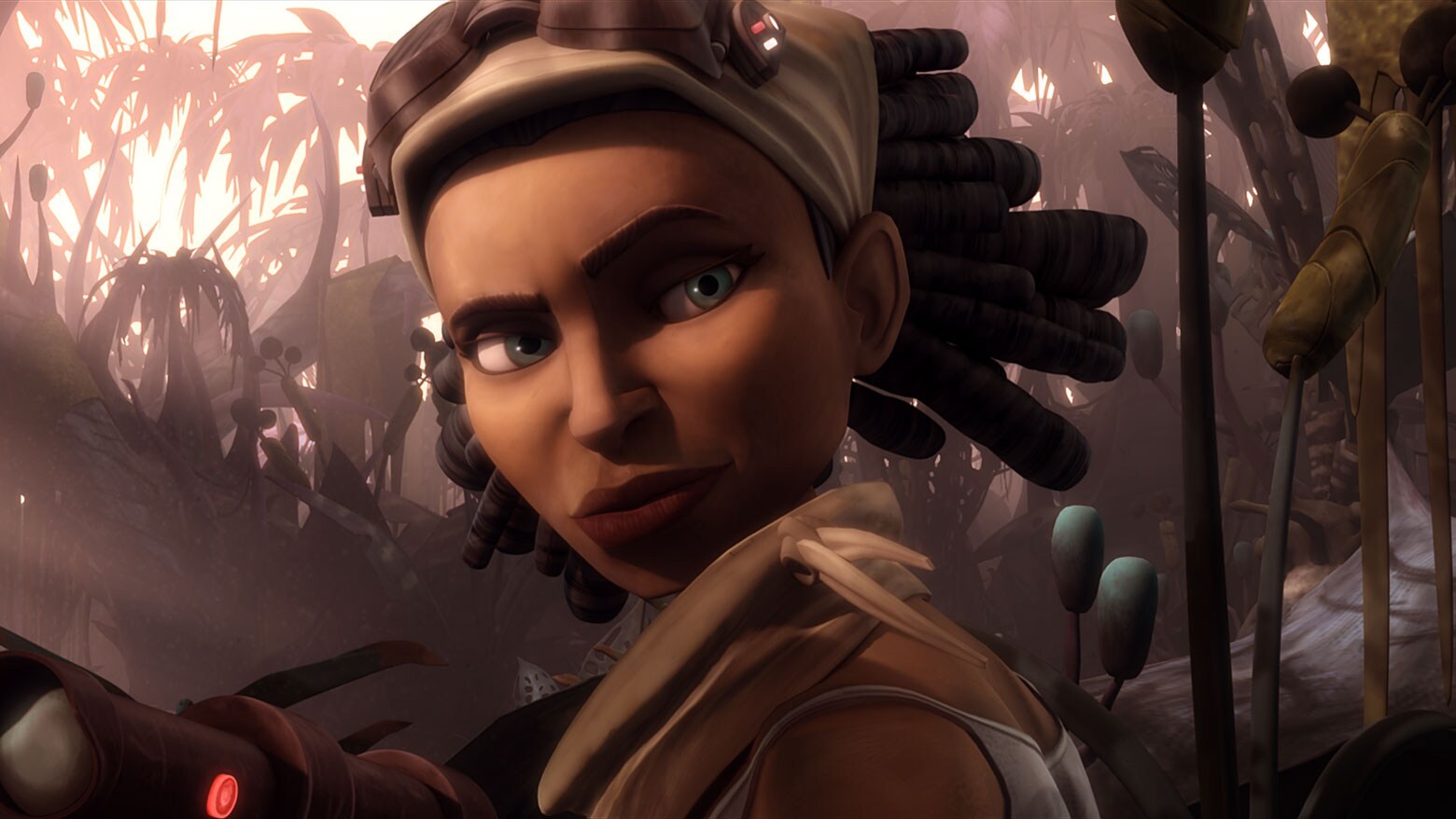 The Onderon rebels found a solid leader in Steela Gerrera. She led by example on the battlefield, making persistent efforts to remove the Separatist puppet on the throne of Onderon.

Steela's brother, Saw, was a skilled fighter, if a bit unpolished and brash. The battles on Onderon were the beginning of Saw's lifelong dedication to freeing the oppressed; indeed, he continued to fight when the Clone Wars ended, turning his focus to standing against the Galactic Empire by whatever means necessary. 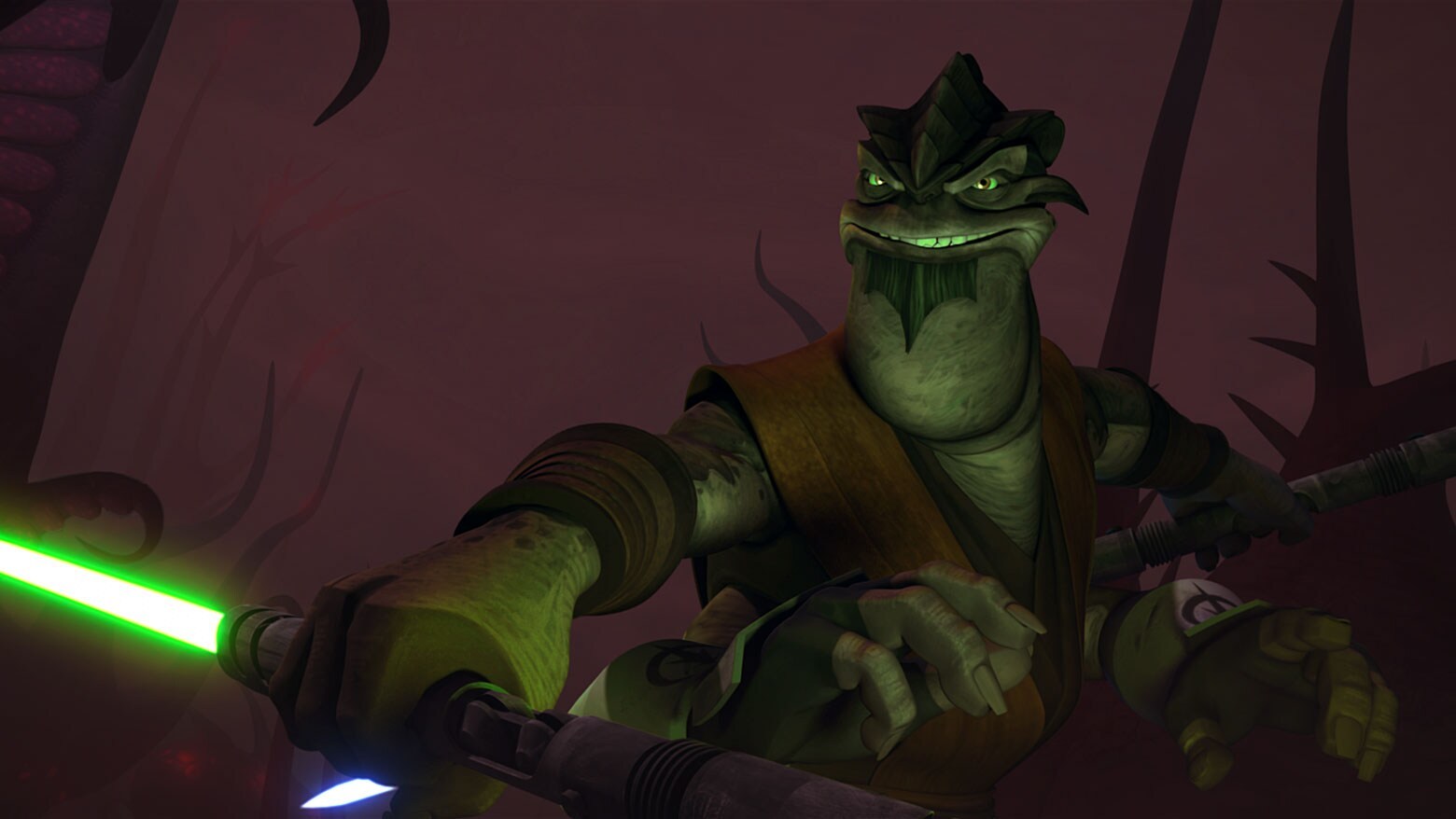 Villains can be quality characters, too, and that very much applies to General Pong Krell. A Jedi Master who held zero regard for the clone troopers beyond their use as blaster fodder, Krell leaned into the dark side of the Force. He betrayed the Jedi and worked against the Republic.

Recommended viewing: Watch "Darkness on Umbara," "The General," "Plan of Dissent," and "Carnage of Krell" now on Disney+.

Who wouldn't want to be instructed by a wise droid with a soothing voice? Huyang helped generations of Jedi younglings design and assemble their first lightsabers after they acquired their kyber crystals from Ilum's caves. Since Huyang taught Jedi for over a thousand years, his memory banks held a lengthy history of all the lightsabers he's seen built.

Recommended viewing: Watch "A Test of Strength," "Bound for Rescue," and "A Necessary Bond" now on Disney+.

The things we witness when we are young can influence who we become. This happened with the Twi'lek Numa. A young girl on Ryloth when the Separatists invaded, Numa lost her parents in the chaos. Two clone troopers, Waxer and Boil, befriended the curious child, and she helped them navigate their surroundings. She would later go on to fight the Empire with Cham Syndulla's resistance fighters.

Ziro the Hutt is a Hutt like none other we've seen. Uncle of the famed Jabba the Hutt, Ziro worked to push his nephew out of power, making questionable alliances to pave his path to success; he even hired Aurra Sing to assassinate Padmé as part of a revenge plot. 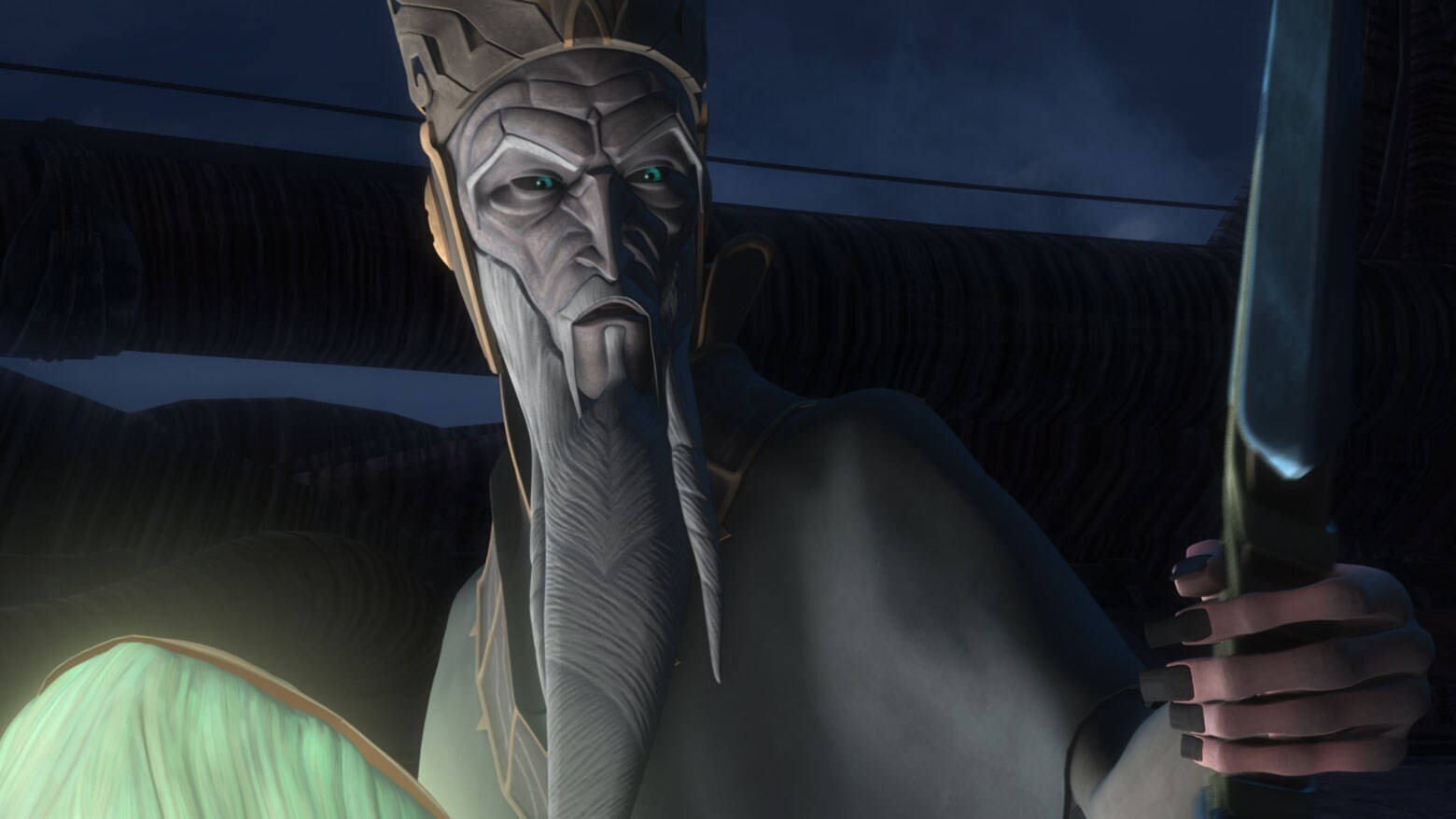 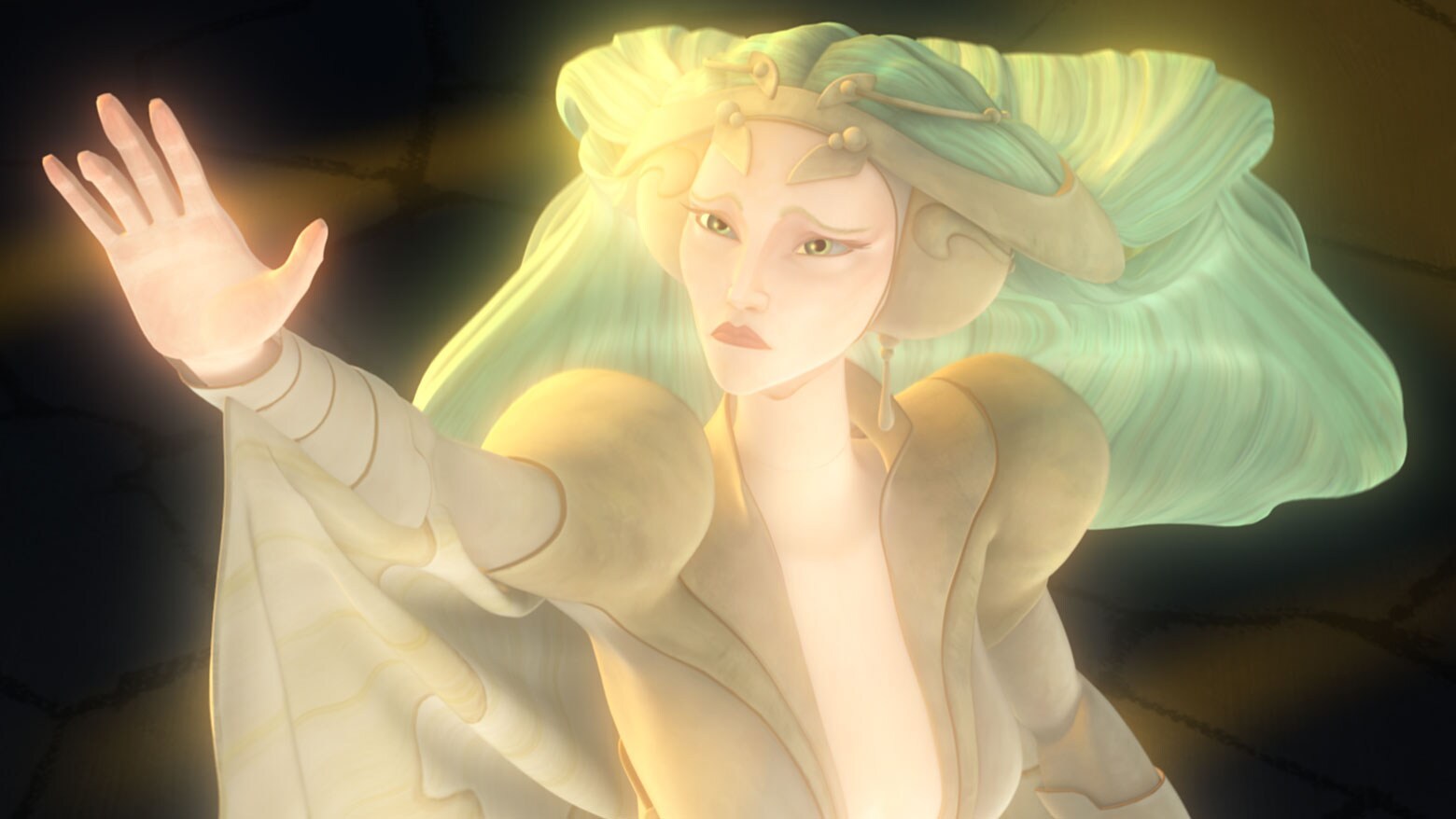 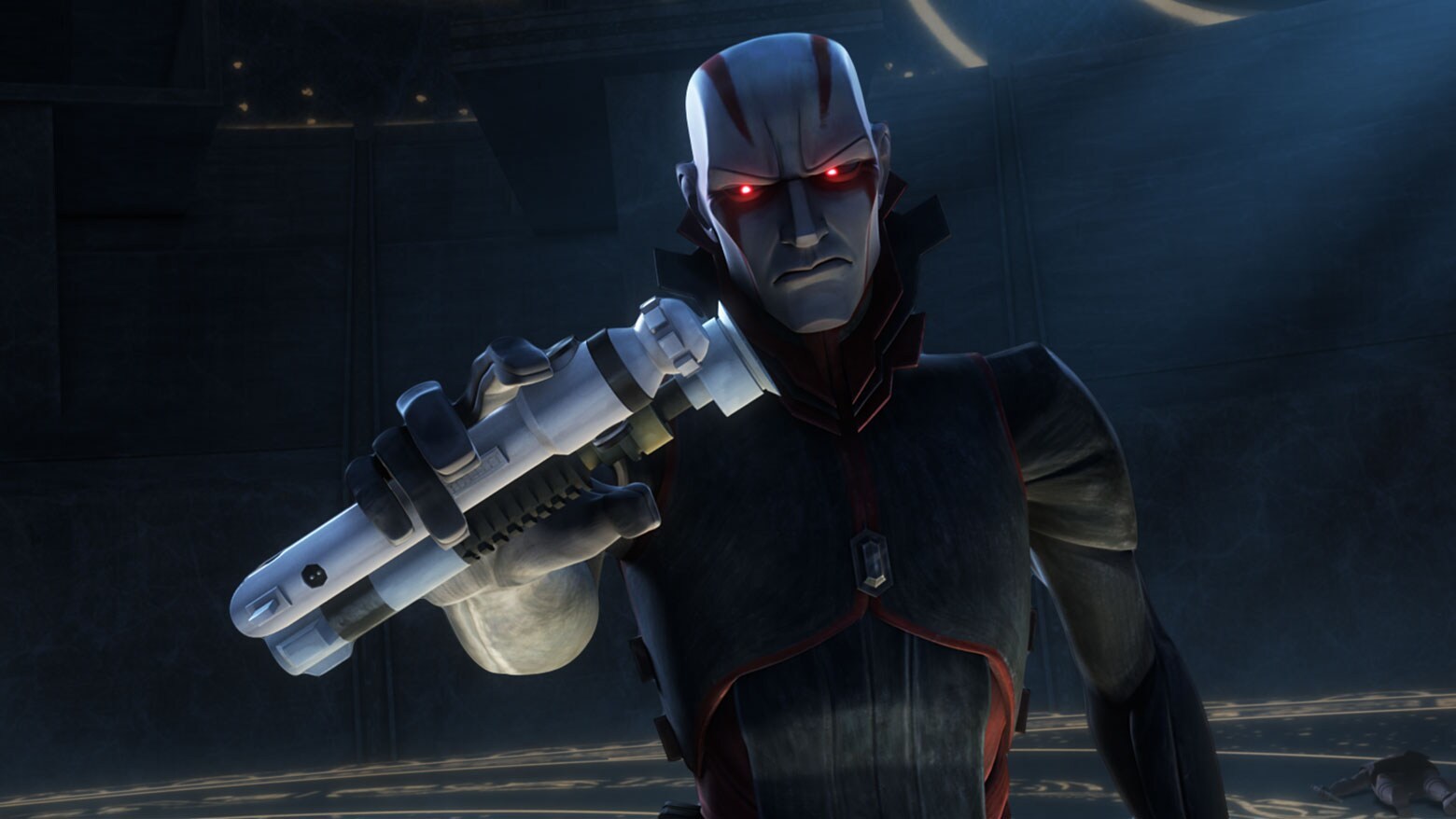 17. The Father, The Daughter, and The Son

No being on Mortis can exist without its balance -- the Father keeps the Daughter and the Son in harmony. As avatars of the light and dark side of the Force, the three god-like residents of Mortis presented a whole new way of looking at the Force. It changed everything, and Anakin, Obi-Wan, and Ahsoka barely brushed against the planet's mysteries. (Okay, so we cheated here a little bit with three characters.)

Remember what we said about villains? Yeah, that. Pre Vizsla, wielder of the Darksaber, led a terrorist group on Mandalore and advocated for a return to the planet's warrior culture. He opposed Duchess Satine at every turn and tried to undermine her pacifist government -- he even used his organization, Death Watch, to stage attacks against Mandalore's people.

Recommended viewing: Watch "The Mandalore Plot," "A Friend in Need," "Eminence," and "Shades of Reason" now on Disney+. 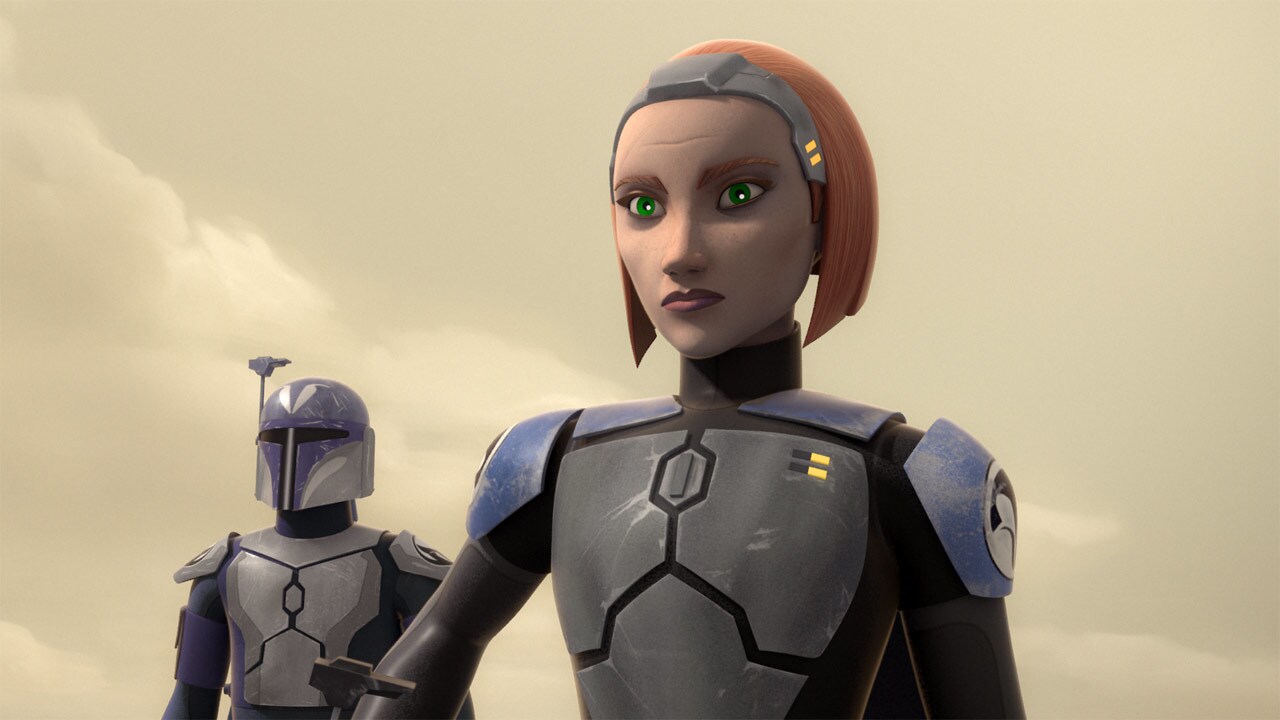 The sister of Satine, Bo-Katan served as a lieutenant in Death Watch, and her convictions were closer to Pre Vizsla's than her sister's. But that changed when Vizsla accepted Maul's assistance and overthrew Satine.

Recommended viewing: Watch "A Friend in Need," "Eminence," "Shades of Reason," and "The Lawless" now on Disney+.

What is there to say about Hondo Ohnaka, the best pirate in the galaxy? The clever Weequay had a gang of pirates based on Florrum during the Clone Wars, and he crossed paths with Jedi heroes again and again. Whether he was entangled in misguided plots (which was almost always) or reluctantly offering his outpost as a safe haven to his ex, Hondo always had one being at the top of his mind: himself. He was in it, whatever it may have been, for the credits.

Amy Ratcliffe is passionate about Star Wars and coffee. She always has her nose stuck in a book. She’s the author of Star Wars: Women of the Galaxy and a co-host of the podcast Lattes with Leia. Nerd out with her on Twitter at @amy_geek.