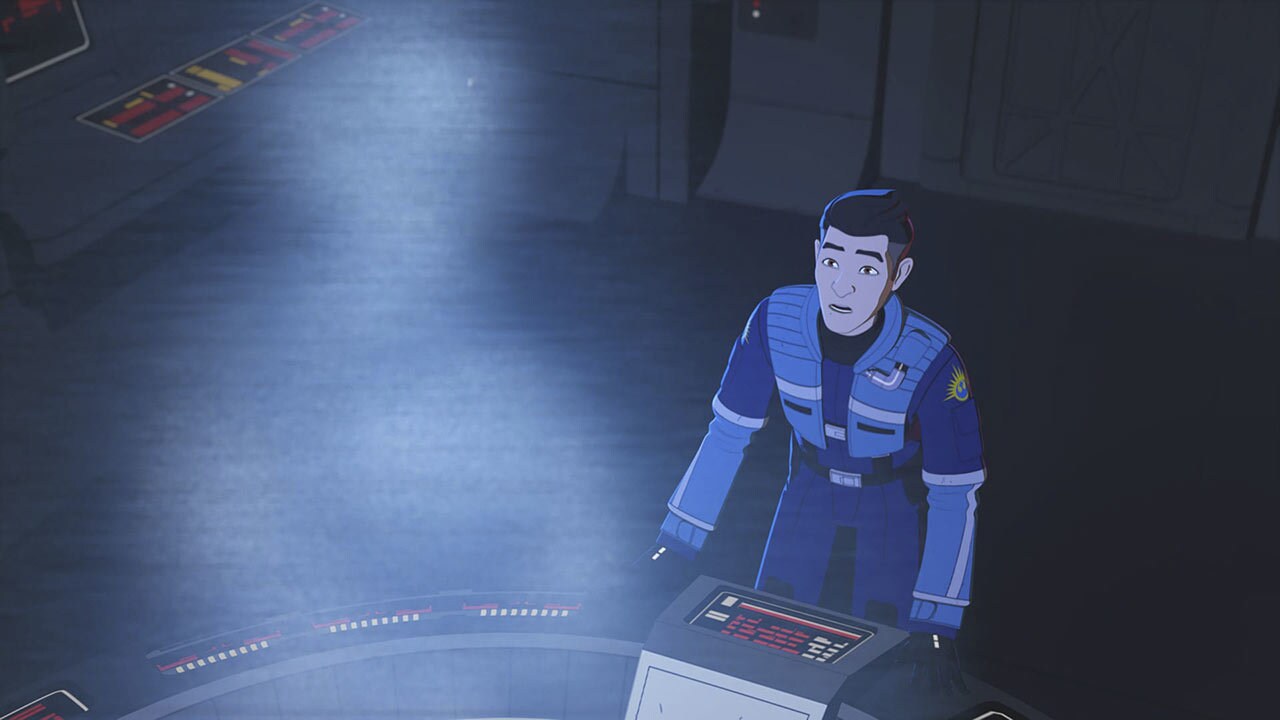 The son of a New Republic senator, Kaz grew up amid the wealthy upper echelon of Hosnian Prime aristocracy. But he never quite fit in, and often struggled to find his place. When an encounter with Poe Dameron opened the door to an opportunity to help the Resistance, Kaz jumped at the chance. He expected his skills as an ace pilot would be put to good use. Instead, he was tasked with spying on the Colossus platform, where Resistance intel suggested there was someone working to help the First Order in their quest for galactic domination.

It was a challenge for Kaz to stay undercover from the start. He was meant to be living as a mechanic who had dreams of becoming a pilot, but on his first day on the Colossus a misheard boast had the whole platform talking about Kazuda Xiono, "the best starfighter pilot in the galaxy!" The rumor led to him being in a mess of trouble -- owing credits in an unpaid gambling debt among other things -- and only ended when he raced Ace pilot Torra Doza and lost, his loaner ship the Fireball living up to its name and going down in flames. 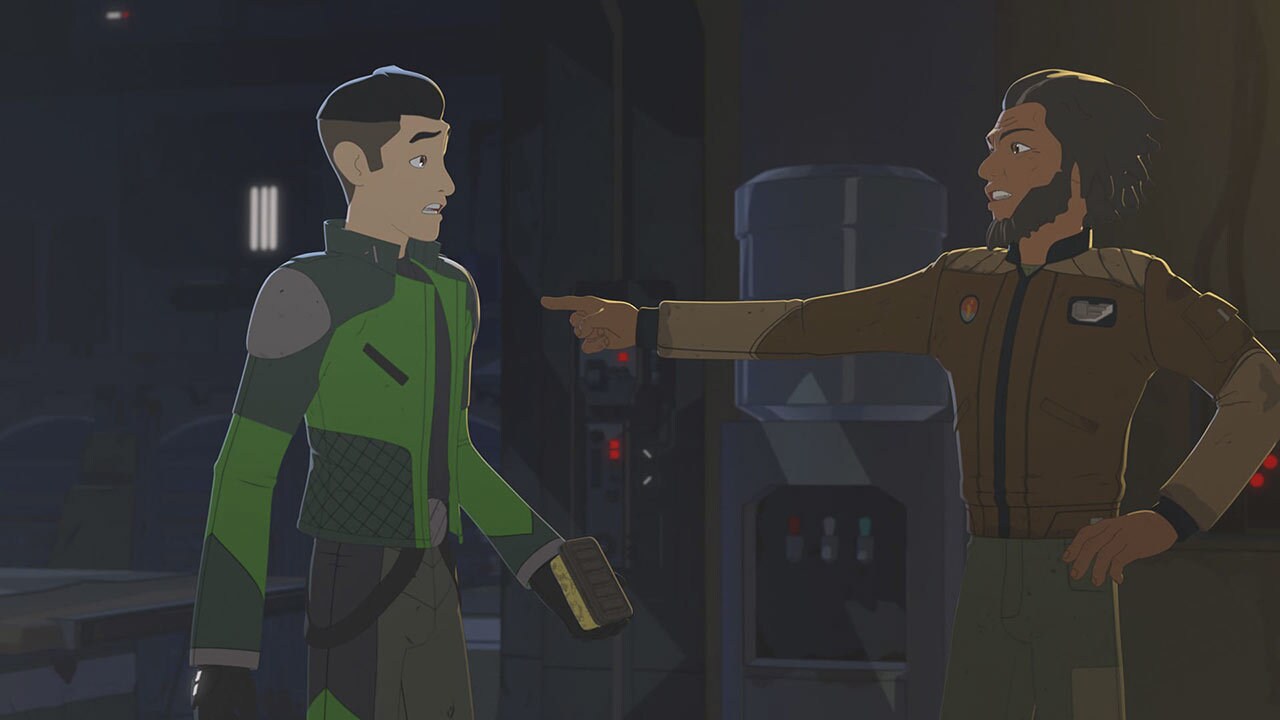 Ultimately, Jarek Yeager, the ship’s owner, agreed to employ Kaz, but wanted little to do with his mission to gain vital information for the Resistance. Early on during their working relationship, Kaz assisted another young racer in sneaking into Yeager's private garage to steal volatile hyperfuel to cheat at a race. But Yeager was forgiving of Kaz's missteps, sending him back to work in the garage instead of kicking him out of his crew. Tam was understandably standoffish with Kaz, but Torra welcomed the new friend as a reprieve from a protected life inside Doza Tower. Both, however, were suspicious that Kaz wasn't telling them everything. 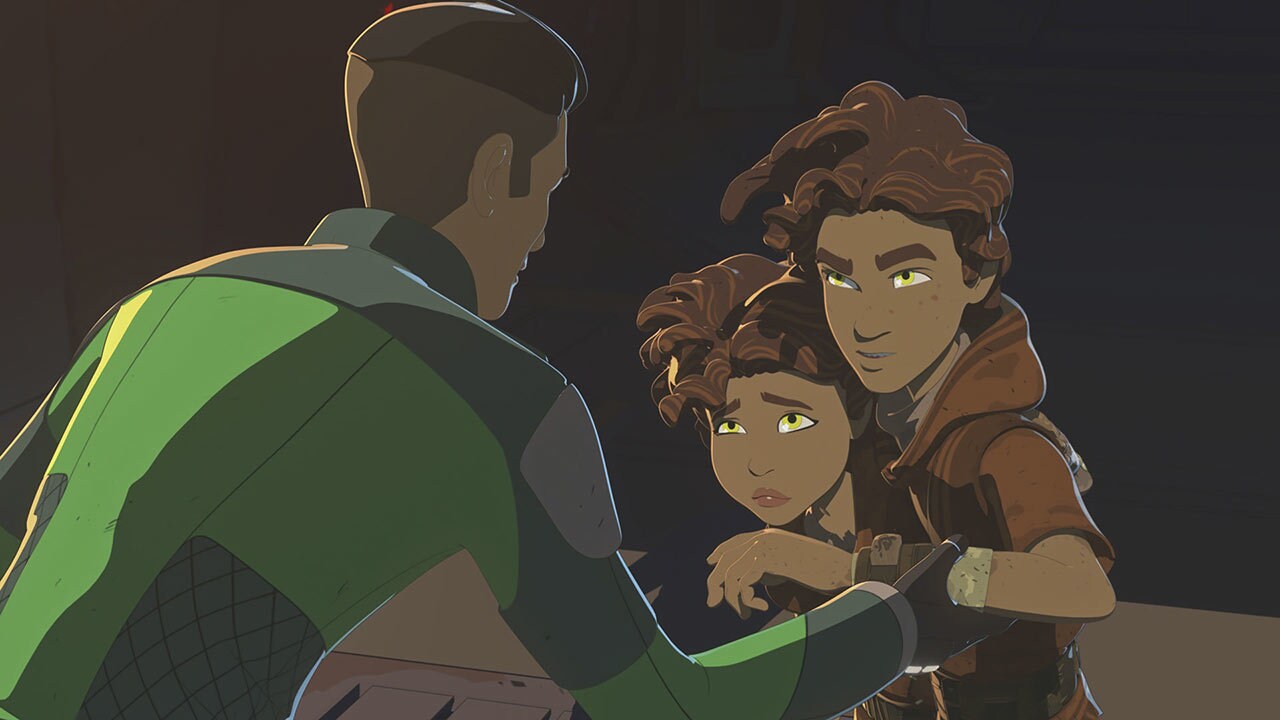 Kaz's overeager drive to prove himself often ended in disastrous results. When he broke a rare part while helping Tam fix the Fireball, he considered how much a 20,000-credit bounty on two children could help in alleviating his problem. But when he literally ran into the two orphans, hungry and alone, he decided to help them escape from the First Order instead of seeking the reward. Later, Kaz went undercover as a stormtrooper to ensure information on the two children remained out of reach for the First Order operatives. 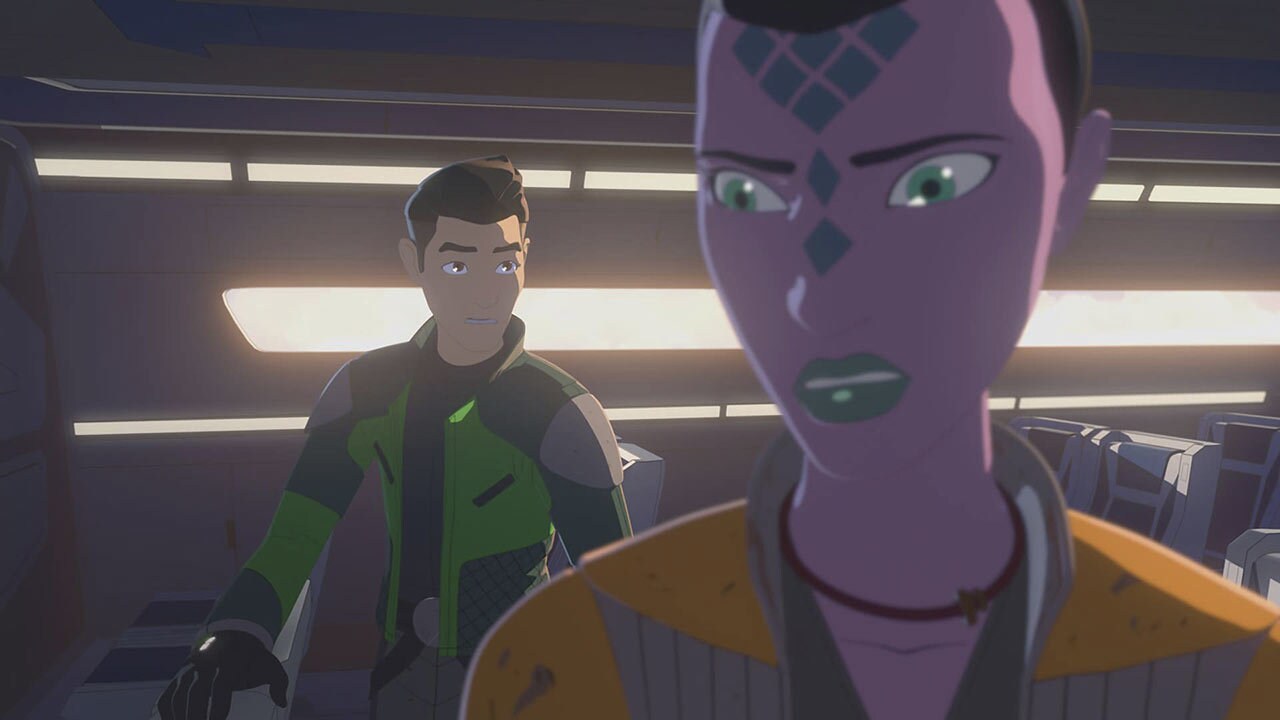 On an exploratory mission answering a distress beacon on a freighter, Kaz and Poe Dameron rescued Synara San, a pirate the young spy had mistaken for a passenger. Although Synara at first used her position to infiltrate the platform as a spy herself, she and Kaz eventually formed a real friendship and he later helped her to escape the platform and the First Order through an underwater escape pod. During another recon mission through the Unknown Regions, Kaz and Poe investigated an abandoned First Order station called Station Theta Black, a fruitful undertaking that showed the threat was growing as the First Order mined nearby asteroids for dedlanite. Their arrival didn’t go unnoticed, however. Captain Phasma tended to the abandoned station's demolition personally and the two heroes barely escaped the explosion. Over time, the First Order tightened its grip on the Colossus, threatening more of the citizens who called it home in their quest to secure the location as a tactical refueling station in the coming war and Kaz formed lasting friendships with Neeku and others aboard the platform, despite having to hide his true purpose. 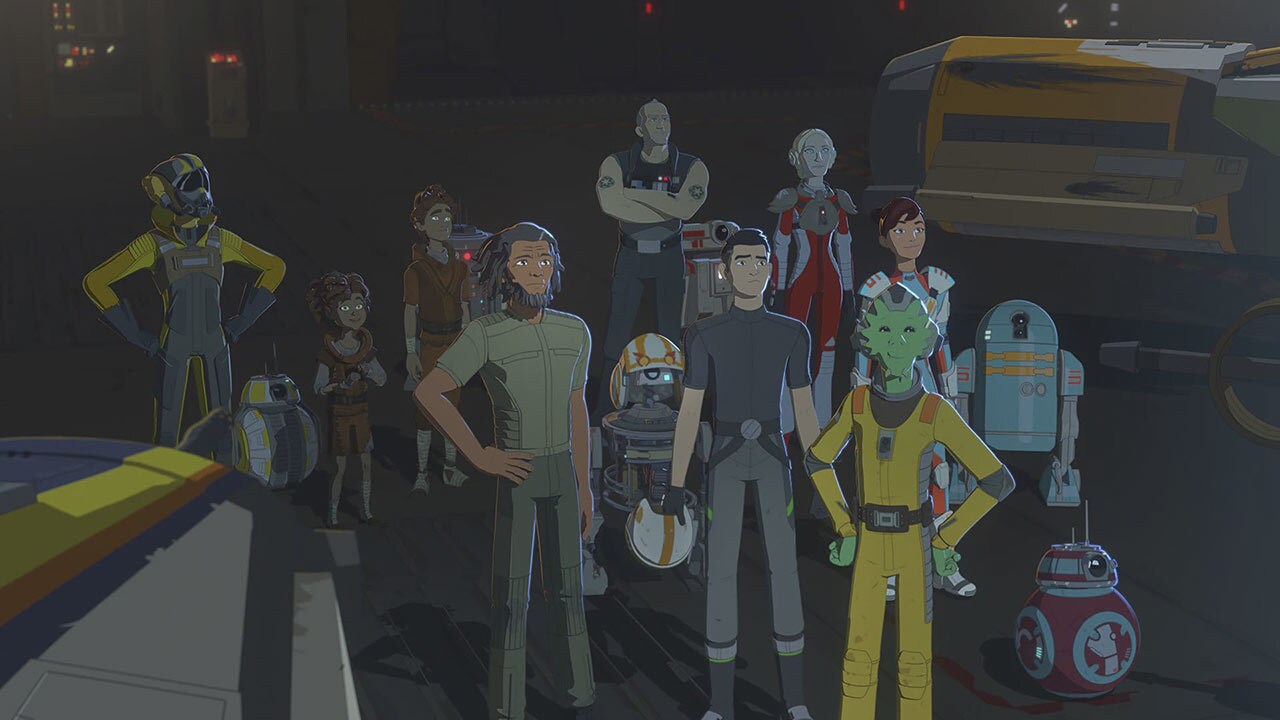 Kaz’s mission meant he was far from his homeworld of Hosnian Prime the day Starkiller Base attacked. Kaz stared in shock as he witnessed the destruction of his planet, and its populace, through a holo transmission. The devastating ordeal made him even more resolved to help the Resistance take down the First Order. But with Resistance fighters ensnared on other fronts, Kaz opted to lead the charge for the remaining citizens of the Colossus to take back the platform and fulfill the ship's true purpose, making the station fly once more. However, when Tam discovered the depth of his deceit, she turned her back on Kaz, taking the hand of a First Order agent and leaving the home she knew behind just as those who remained took off for their next adventure. 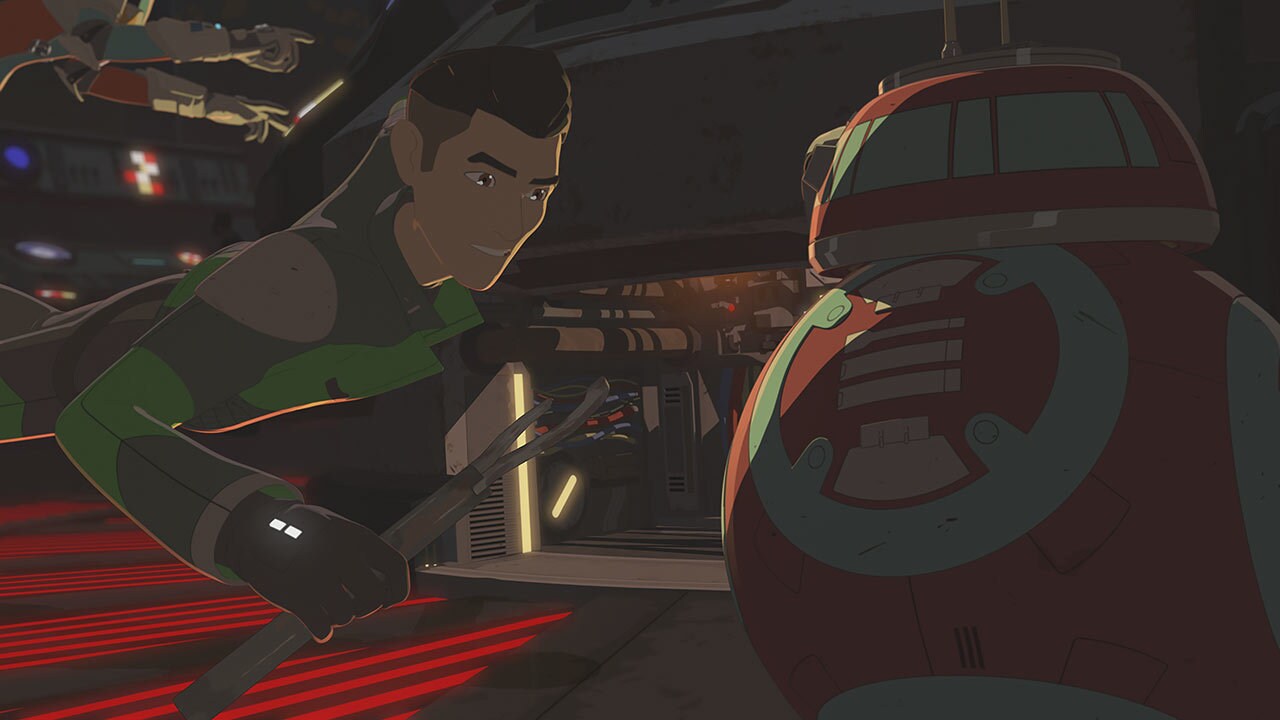 Hovering about three parsecs from D'Qar, the Colossus managed to evade the First Order and escape from Castilon, but emerged from hyperspace badly in need of repairs. And it was up to Kaz, who helped get them into this mess, to begin fixing the old ship alongside his friends, starting with a malfunctioning gravity relay. Despite his brave face and attempt at lighthearted humor, Kaz was still reeling from the destruction of his homeworld and the loss of his friend, Tam. Despite a warning from Torra that it was dangerous to send a transmission, Kaz made one more attempt to reach Tam, sending an encoded message to her personal comlink in an effort to explain why he had lied to her about his affiliation with the Resistance. 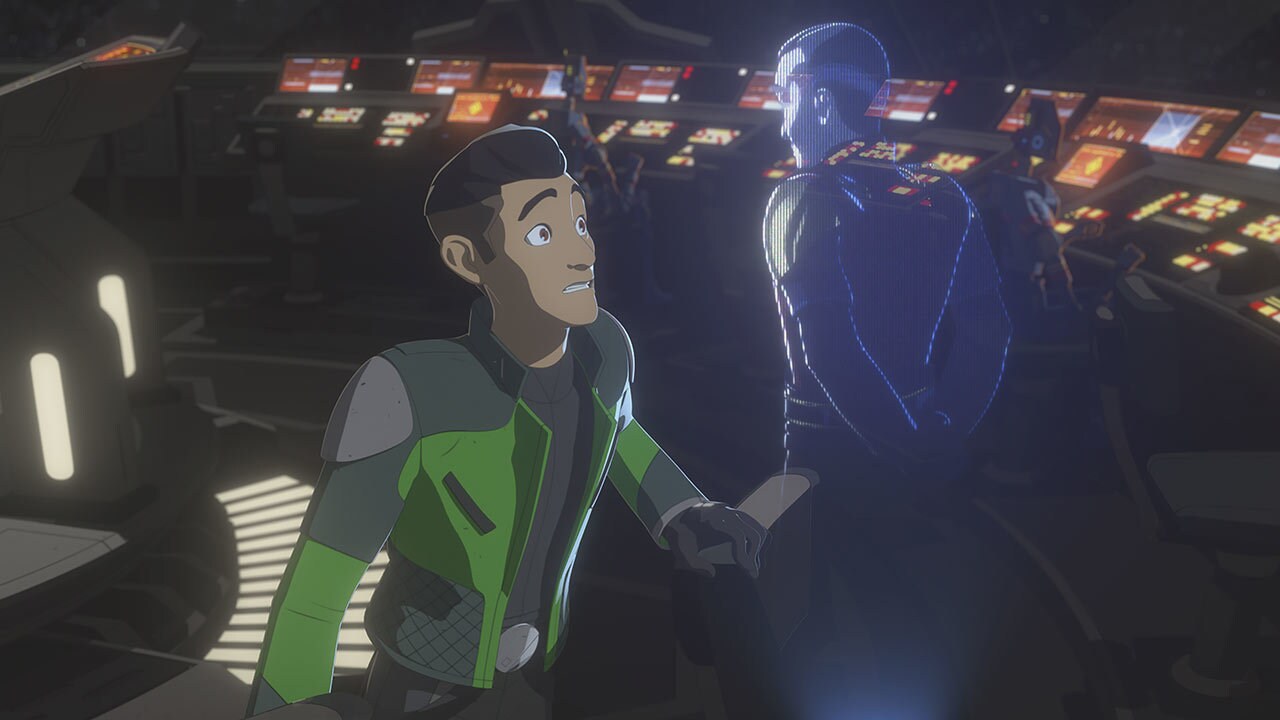 Later, Kaz learned that although his homeworld was destroyed, his family survived the attack. They were off world when the planet was destroyed, his father said, while warning him to stay away from D'Qar through a special coded message. But Kaz soldiered on, believing in the Resistance despite the personal danger his affiliation posed to himself and his family. 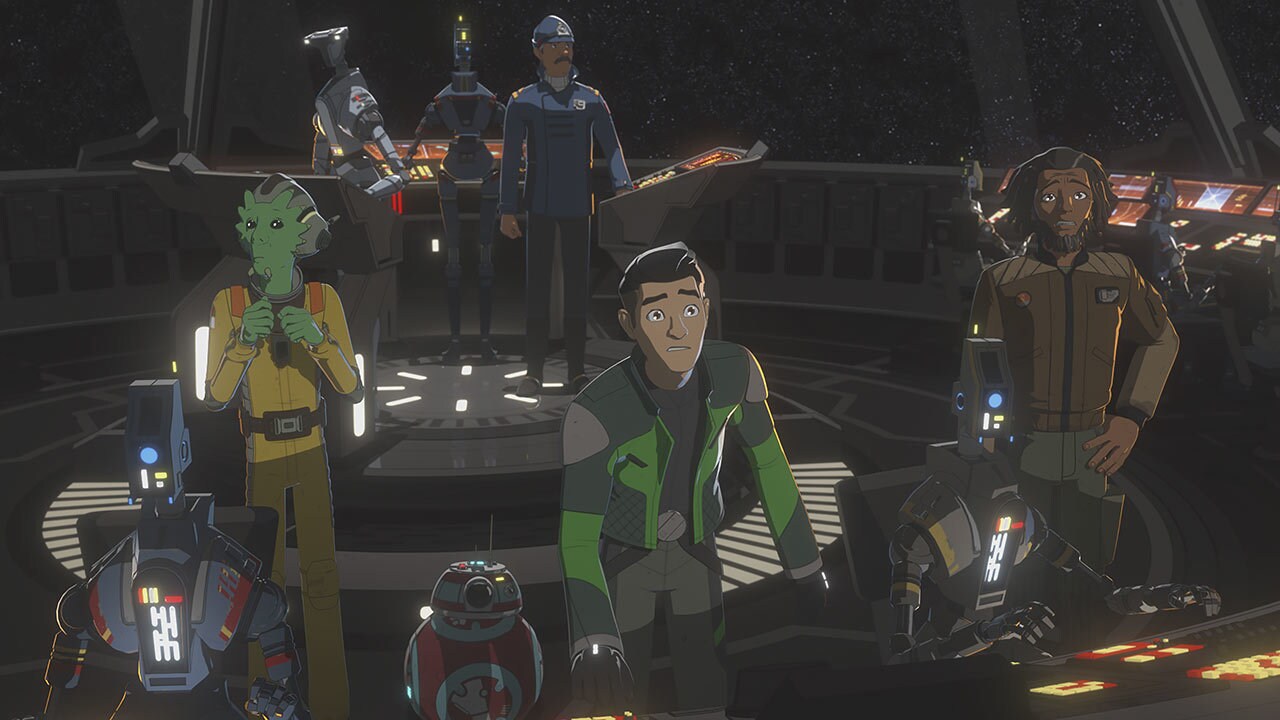 When the Colossus arrived at the coordinates for the hidden Resistance base, they found that there had been a huge battle on D'Qar and the Resistance had either been wiped out or abandoned the post. 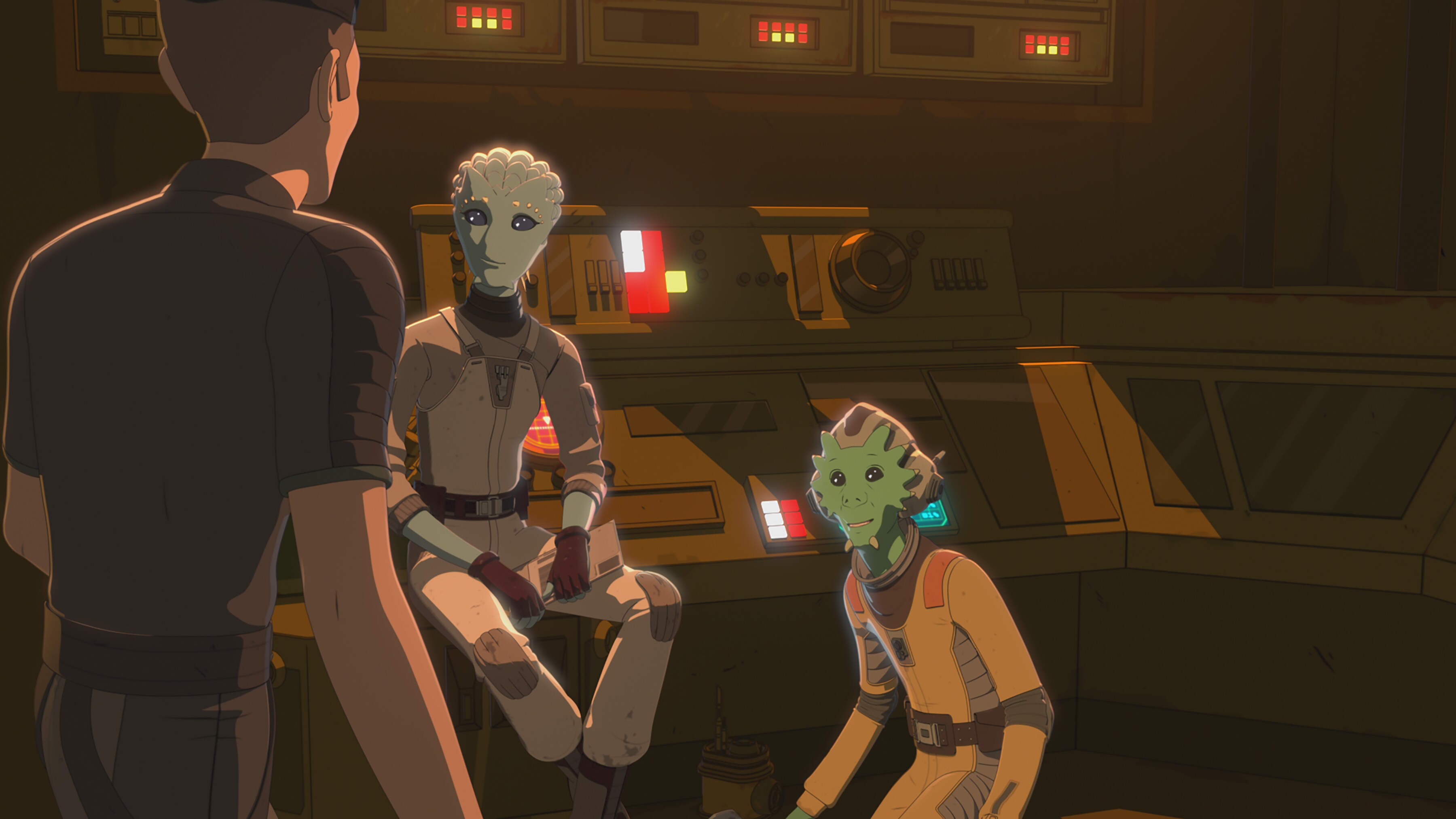 Kaz wasn't always the best listener, but despite his inattentive nature, Neeku still considered him to be his best friend. When Kaz discovered that Neeku's new friend Nena was actually a secret operative for the First Order, rerouting all power to the Colossus to drain the ship and ensure it would not be able to flee or fight back when the First Order arrived, Neeku thought his pal was just jealous of his new comrade. In reality, Kaz was trying to warn Neeku that Nena was a saboteur. 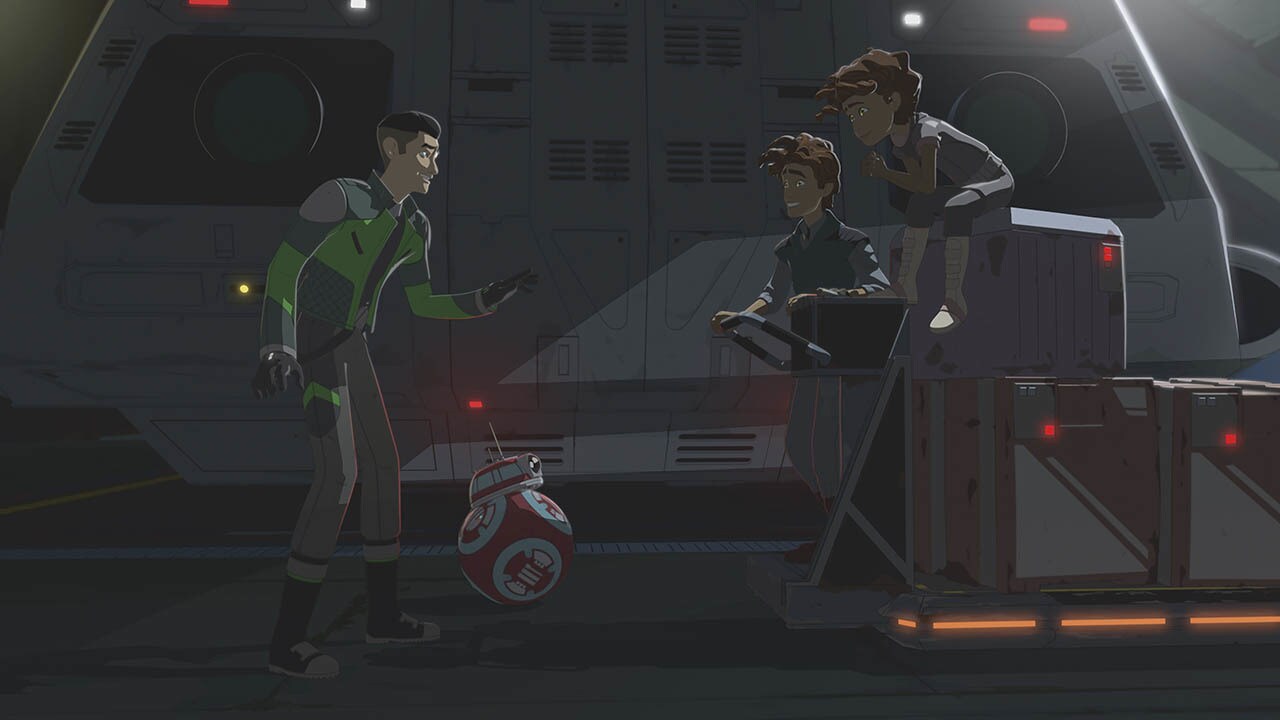 During a routine supply run, Kaz helped Kel and Eila stowaway on a transport shuttle to get some fresh air on a lush green planet. There, they found an ancient temple. Although Kaz revealed that he didn't really believe in the Jedi and the Force, once inside he began to understand some of the power of the mystical energy field binding life on the planet. 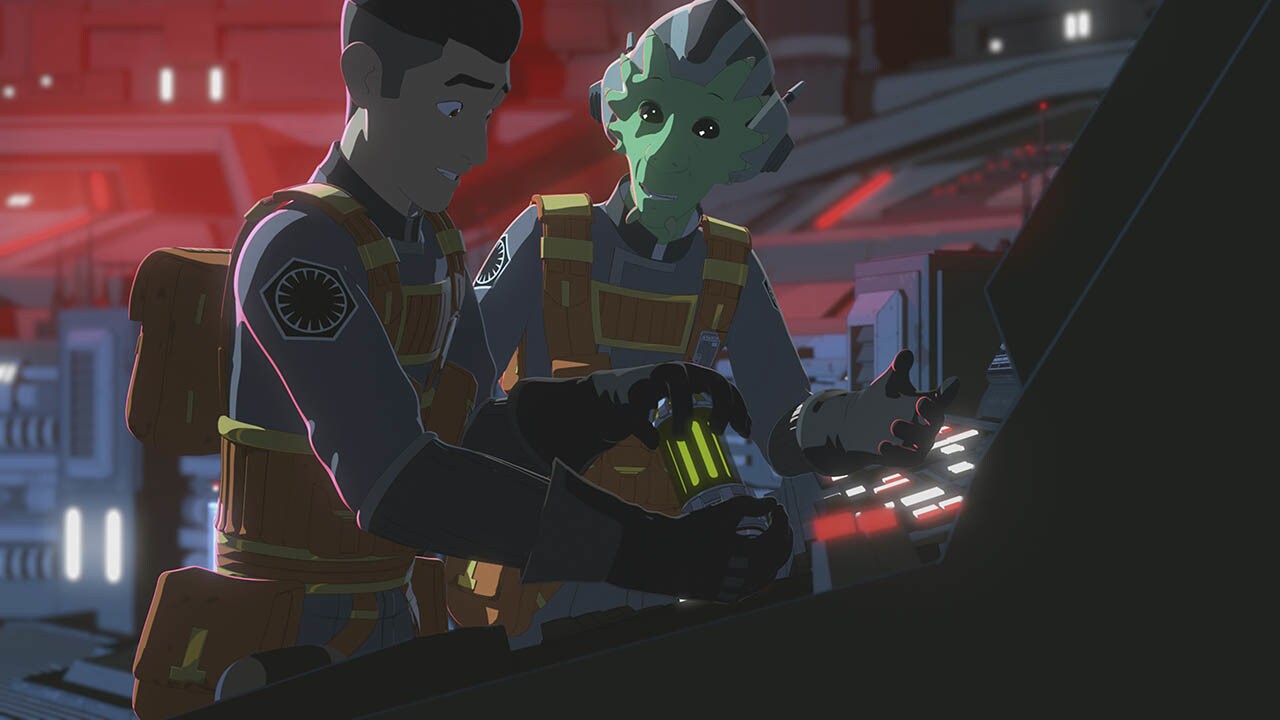 On a secret mission aboard a First Order refueling station called the Titan, Kaz and Neeku infiltrated the enemy lines disguised as simple station technicians. But their plans to steal a trans-binary deflector were thrown off course when Tam and Jace Rucklin crossed their path. Rucklin turned them in, but unbeknownst to anyone else, Tam secretly allowed them to escape. 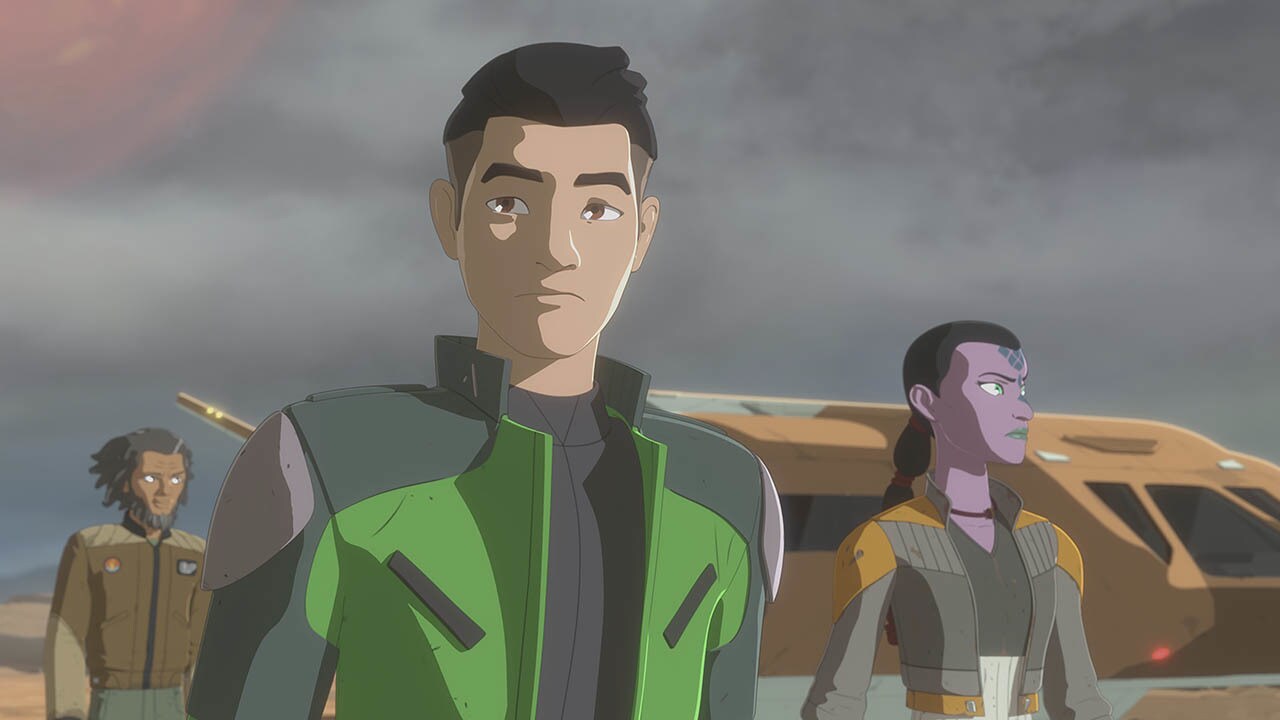 When the Colossus intercepted a distress call on the coded Resistance frequency, Kaz and a small team took a shuttle to the surface of Varkana to render aid. Although they were able to trace the signal, the beacon was actually a trap that the bounty hunter Ax Tagrin used to snare even more Resistance spies. 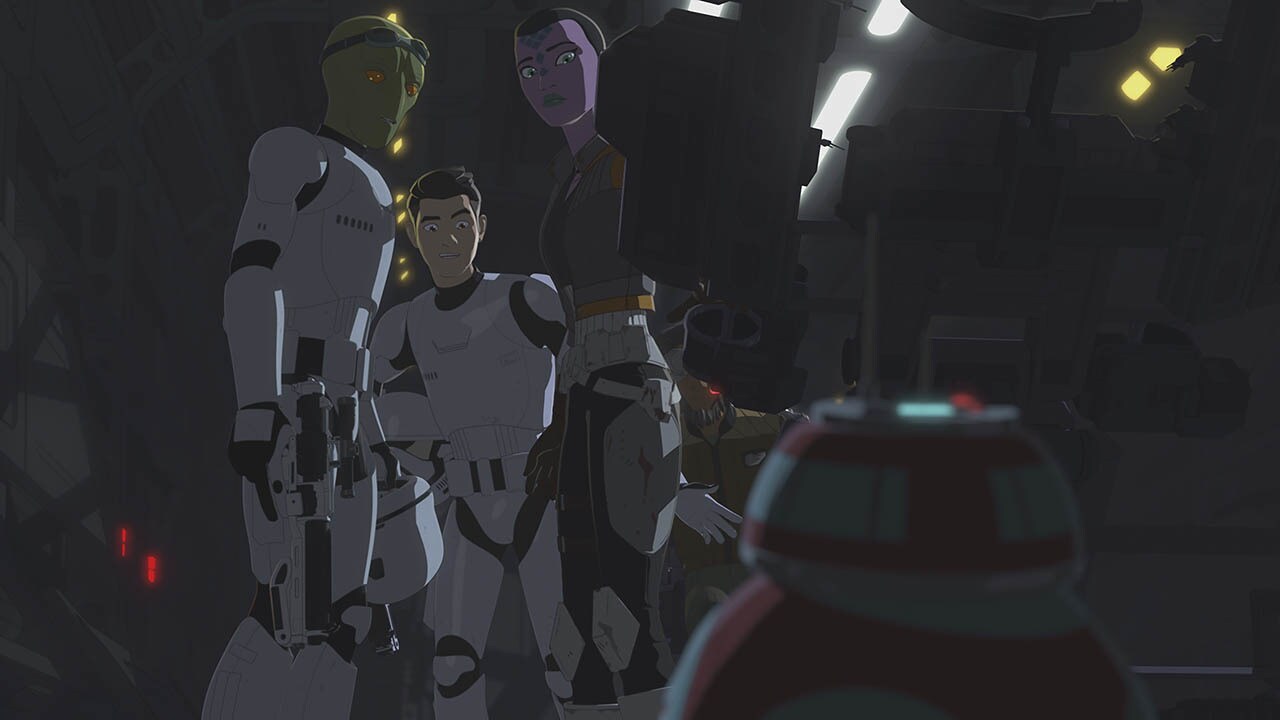 With Yeager, Synara, and CB-23 all in First Order custody, it was up to Kaz and Norath to come up with a plan. The two spies ambushed a pair of stormtroopers and used the armor to disguise themselves, sneaking into the hangar to rescue Kaz's friends. Then they made their escape, thanks to the help of the Ace pilots who stayed behind when the Colossus had to jump to hyperspace. 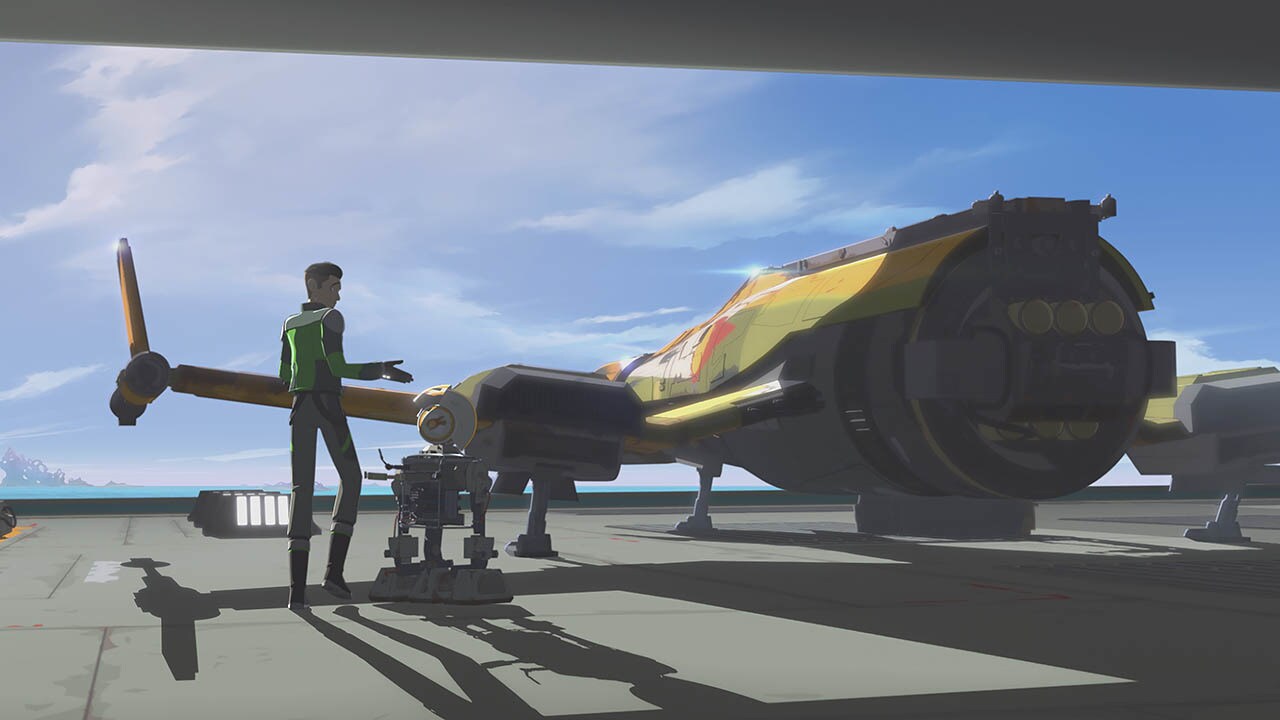 When the Colossus found a new home on Aeos, most of the inhabitants were pleased to settle down on a new planet. But Kaz couldn't shake the feeling that he had to rejoin the Resistance and continue the fight. After an emotional goodbye with his friends, Jarek Yeager gifted him the Fireball. Unfortunately, he was barely out of the planet's orbit before he encountered a First Order probe droid. 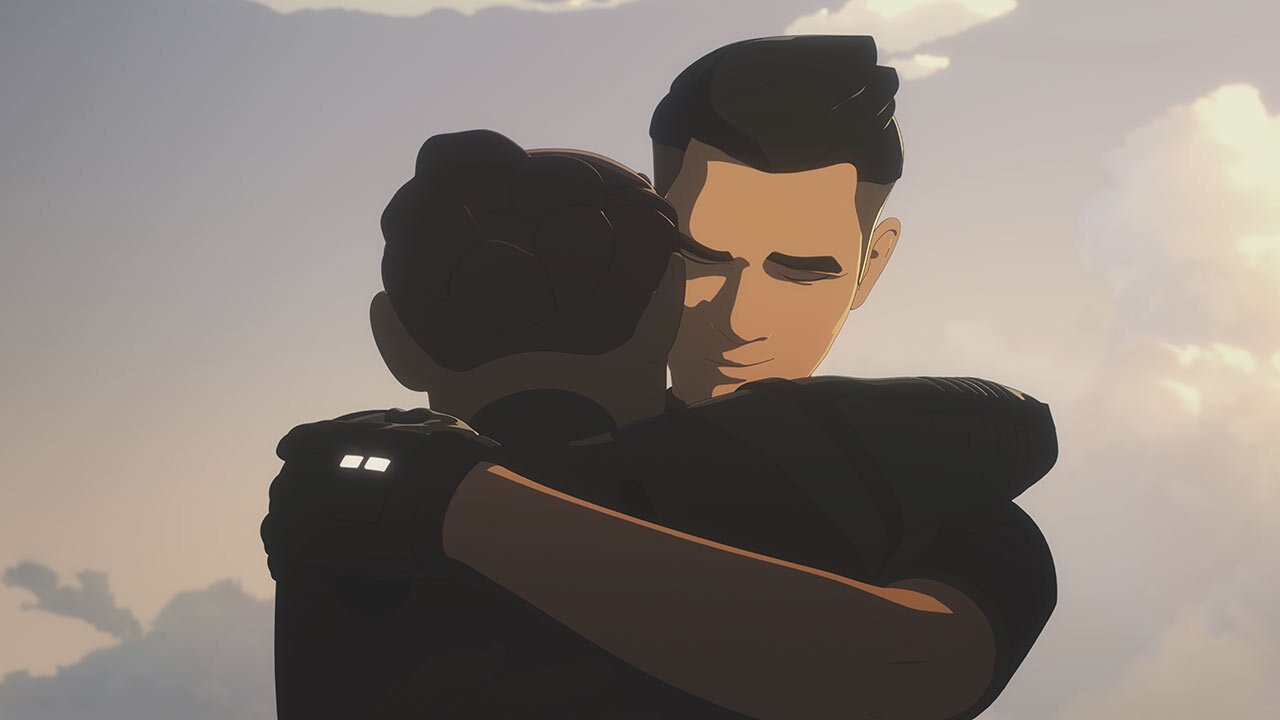 Kaz never fully gave up on his old friend Tam, and when a secret code was used to beam a message to his comlink, he saw a chance to reunite with her and free her from the clutches of the First Order. The rendezvous on Castilon seemed like a trap when a small squad of TIE fighters arrived for the meeting, but Tam soon shot down her fellow soldiers and met Kaz with a big hug. 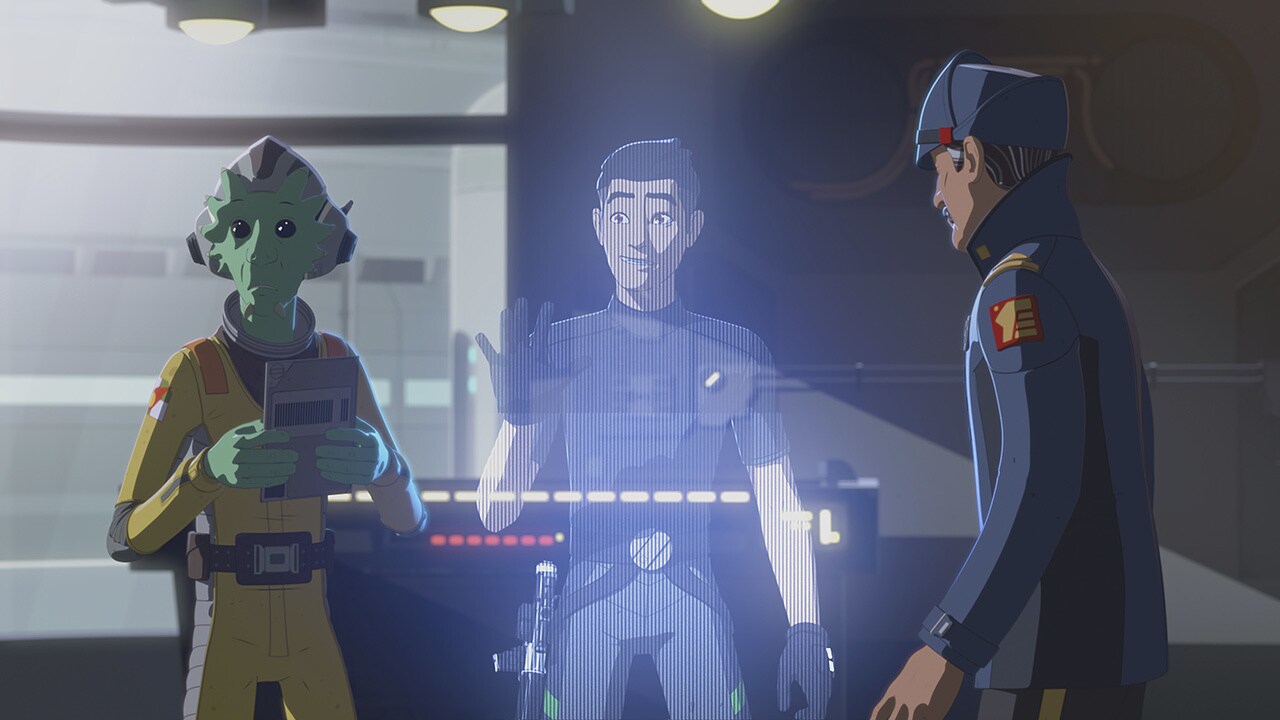 Unfortunately, Agent Tierny figured out Tam's plan and the shuttle that had brought Yeager, Kaz, and CB-23 to the rendezvous was soon captured. As the Star Destroyer made its way to meet the Colossus and destroy it, Yeager, Tam, and Kaz risked everything to get a message to their friends to escape. But the denizens of the Colossus were tired of running and ready to fight.