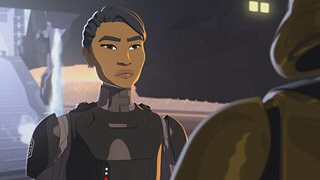 A specially-trained member of the First Order Security Bureau with a mysterious scar on her jaw, Agent Tierny hopes to restore peace to the galaxy through absolute order. A master of manipulation, Tierny's tactics more often involve lulling her targets into a false sense of security rather than using more aggressive forms of interrogation. Her arrival at the Colossus platform, as part of a First Order security takeover, ushers in sheer chaos when the platform is plunged deep into the waters of Castilon, leaving only Doza Tower above sea level. 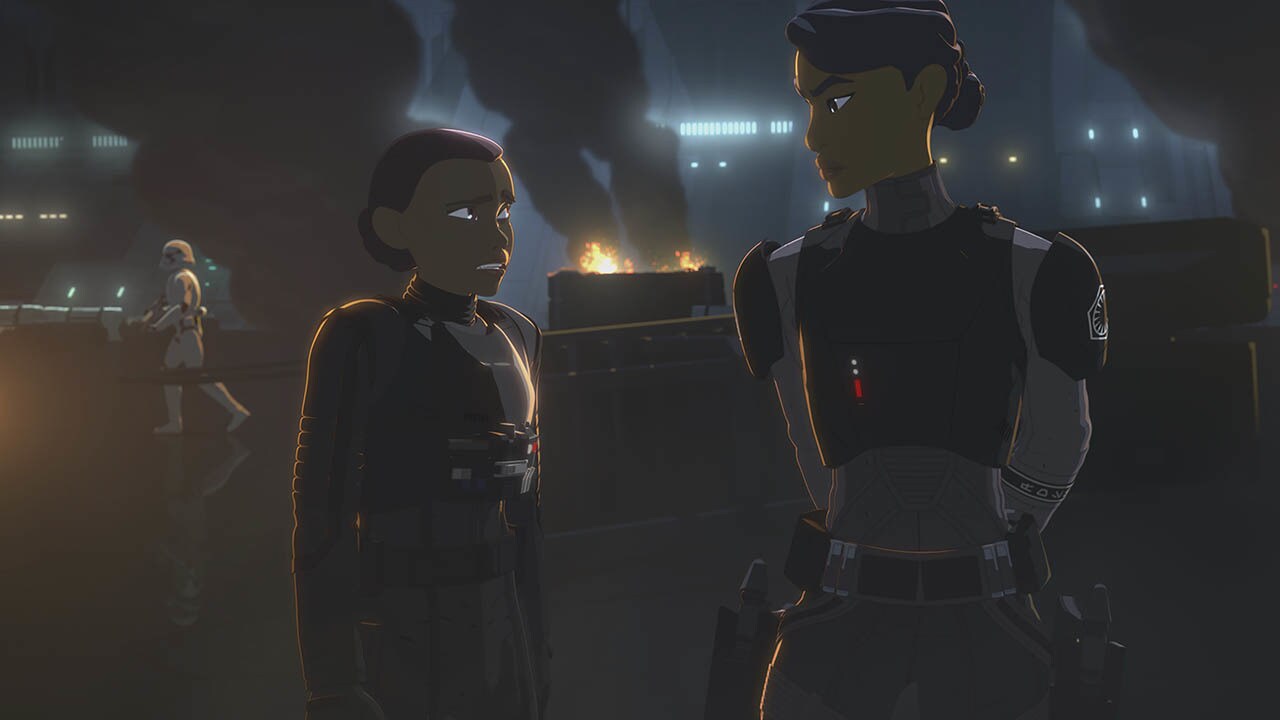 As a loyal servant to the First Order, Agent Tierny prided herself in manipulative methods of extracting the information she needed, vacillating between an icy demeanor and a caring facade. This approach made her extremely successful at convincing Tam Ryvora that her friends on the Colossus had lied to her for their own gain. On Varkana, Tierny used the intel gleaned from Tam against Jarek Yeager, who had been captured and was under interrogation. But Tierny was not prepared for the small band of Resistance fighters to break out. When she saw the lights flickering in one section of the hangar, she was incapacitated by CB-23, who swung out from the shadows and knocked Tierny to the ground. Although she remained hopeful that Tam could be a valuable asset in her quest to find and destroy the Colossus, when Agent Tierny discovered her protégé’s intent to return to her former life, Tierny captured Tam and her friends Kaz and Yeager. Tierny wanted them to watch her destroy their home and annihilate their family aboard the Colossus, but between the refueling station's residents, who were ready to fight, and the impatient Supreme Leader Kylo Ren, it was Tierny who was in a losing battle.