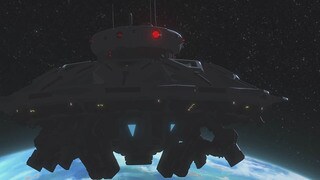 To maintain security in the Unknown Regions, where the First Order has been testing new weapons of mass destruction, probe droids are an efficient form of surveillance. Intruders are easily spotted on the droid's many sensors, triggering evasive action in the form of homing beacons or the release of several smaller units, commonly referred to as "kids" to the main droid's "mother," that help eliminate any threat. Failing to dispatch any invading lifeform that disturbs the droid, or upon its own destruction, the First Order probe will emit a signal to scramble TIE fighters, sent immediately to take a closer look.