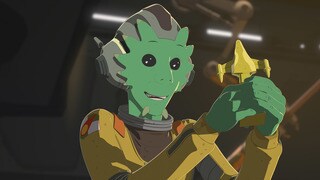 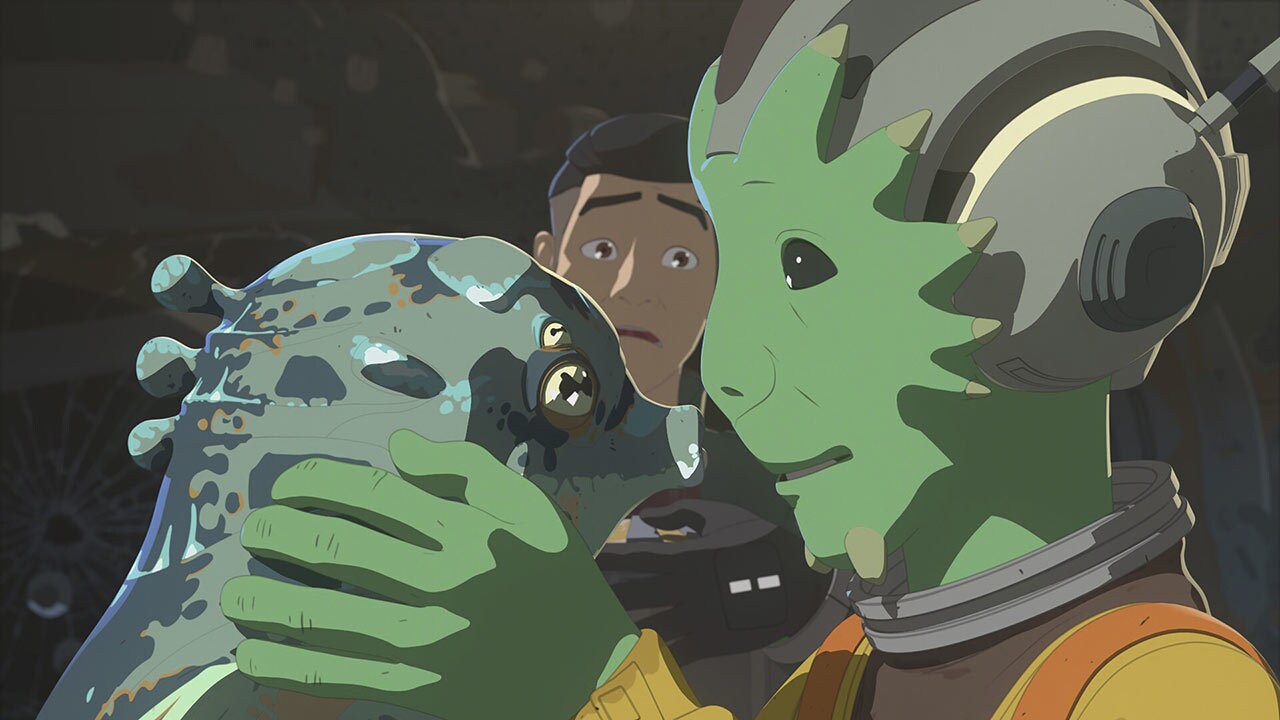 Neeku always saw the best in everyone, from his new friend Kaz to the strange and smelly sea creature found stowed away on a recovered ship, and approached life on the Colossus with boundless optimism and compassion. Around the platform, he made friends easily, and those connections often came in handy when he was in a tight spot and needed some help. When Kaz couldn’t pay for parts to fix the Fireball, Neeku negotiated with Flix and Orka to make a trade by getting them some lunch. His friendship with the plodding Chelidae on the engineering level provided a means for escape on more than one occasion, including when the orphans Eila and Kel had to avoid First Order capture. Later, after caring for his small and pungent pet, Bibo, Neeku refused to give up the tiny creature to the giant beast that threatened to attack the platform. But once he realized Bibo was actually the offspring of the sea creature, he heroically returned the lost child to its family. 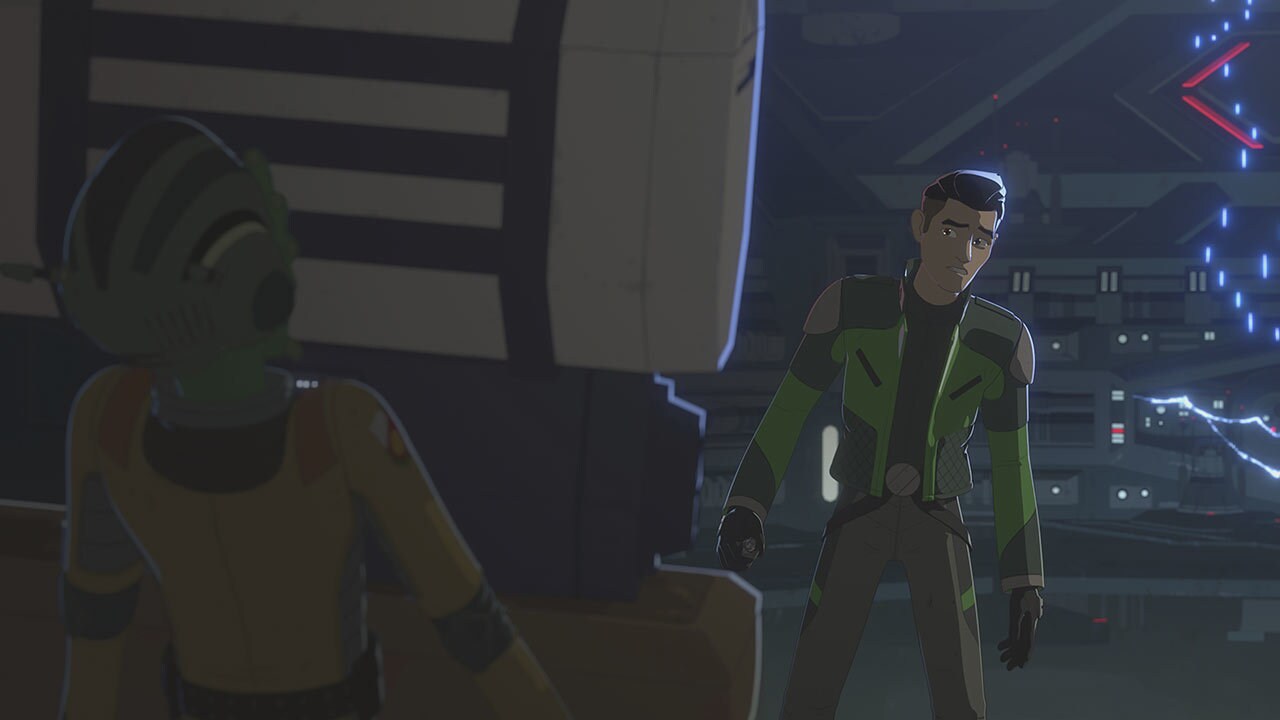 On a mission to refuel the Colossus, Neeku investigated the possibility of becoming a pirate, joining Kragan Gorr and his gang as they scavenged tech and coaxium from what remained of a badly damaged First Order Dreadnought hovering above D’Qar. But the pirate life, it seems, was not for him. 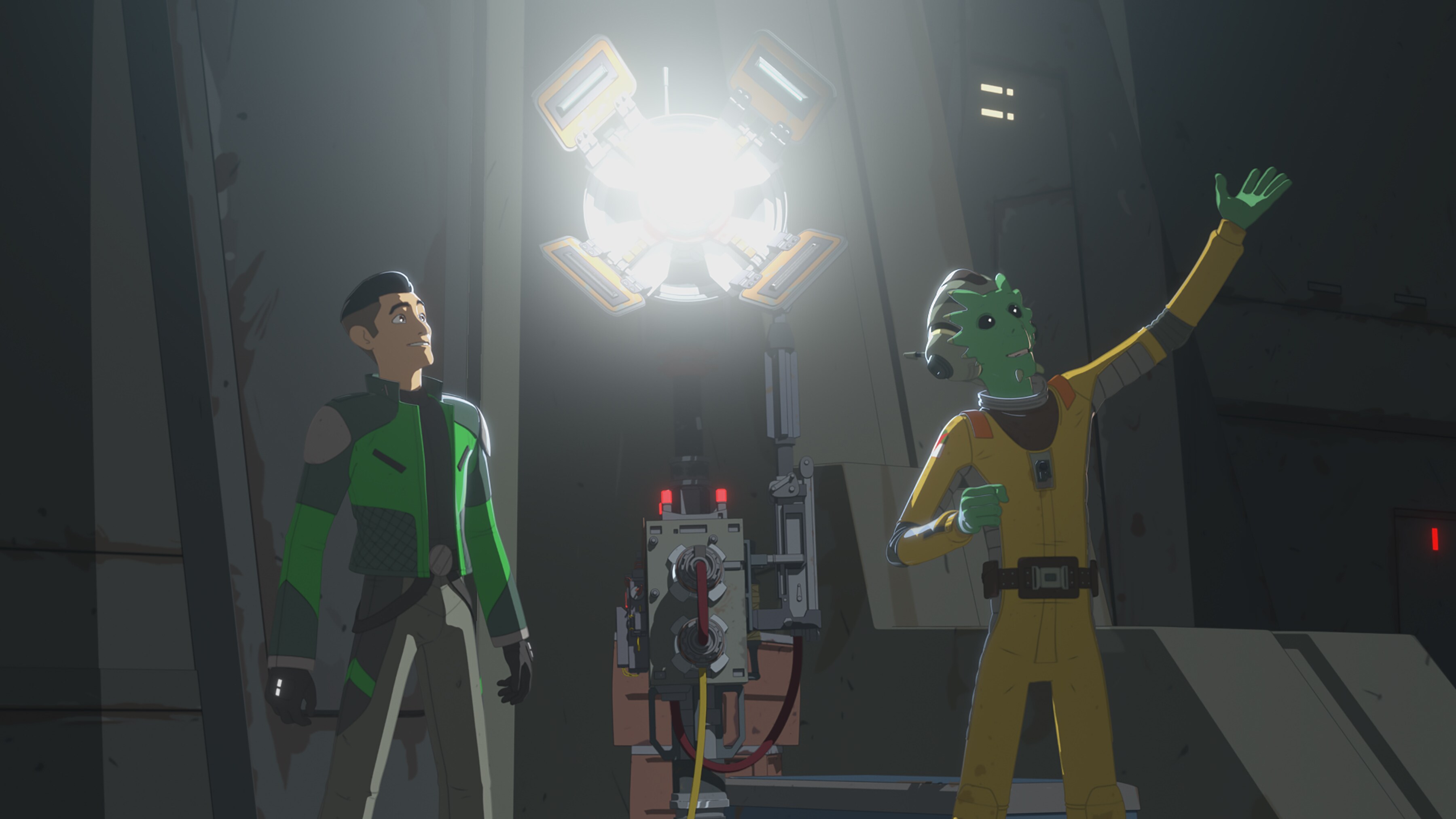 As conditions on the Colossus worsened, it seemed Neeku was among the crew members giving up and preparing to go their separate ways. Neeku gathered his belongings, but instead of finding a transport off the massive ship, Neeku bartered what he had for supplies to engineer a large screen that helped bring the feeling of being home on Castilon back to the denizens of the Colossus, boosting morale with his thoughtful creation. 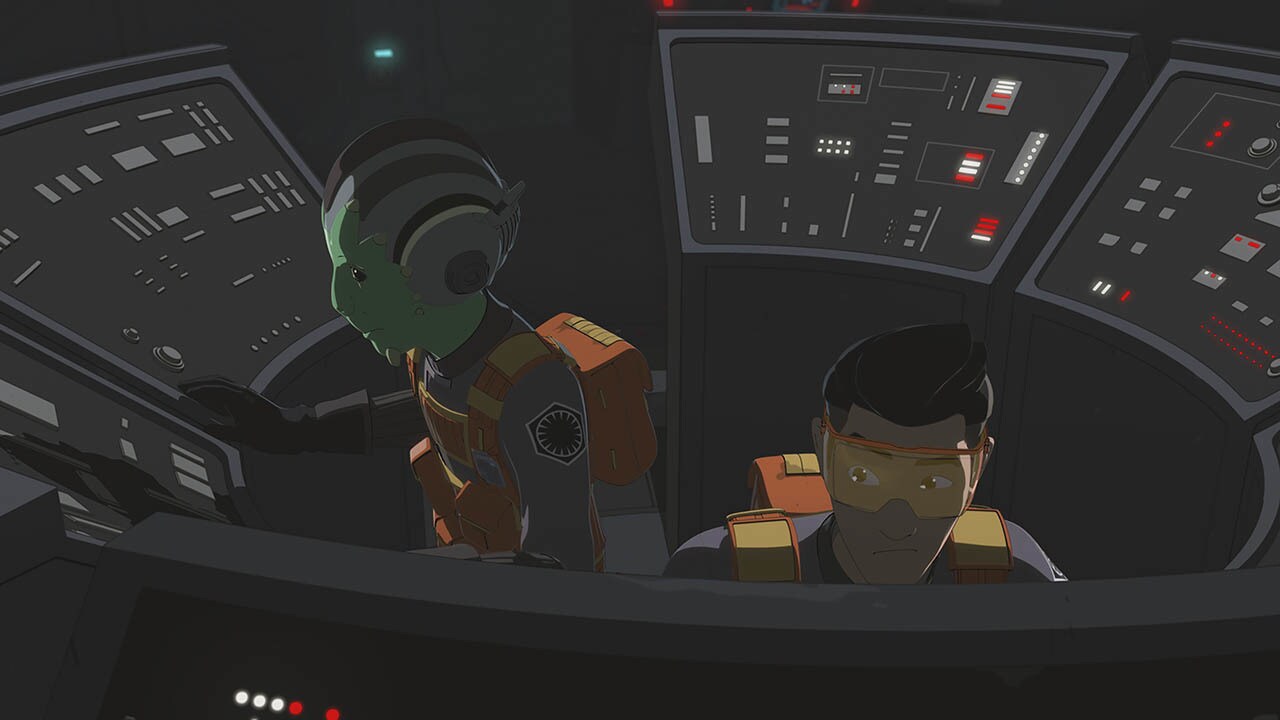 On a secret mission aboard a First Order refueling station called the Titan, Kaz and Neeku infiltrated enemy lines disguised as simple station technicians. Neeku was anxious; they desperately needed a special part, a trans-binary deflector, to fix the Colossus or their friends onboard would die. But the mission was almost a failure when Jace Rucklin found them on board and turned them in. Luckily for Neeku and Kaz, Tam overheard their dire tale and secretly allowed them to escape. 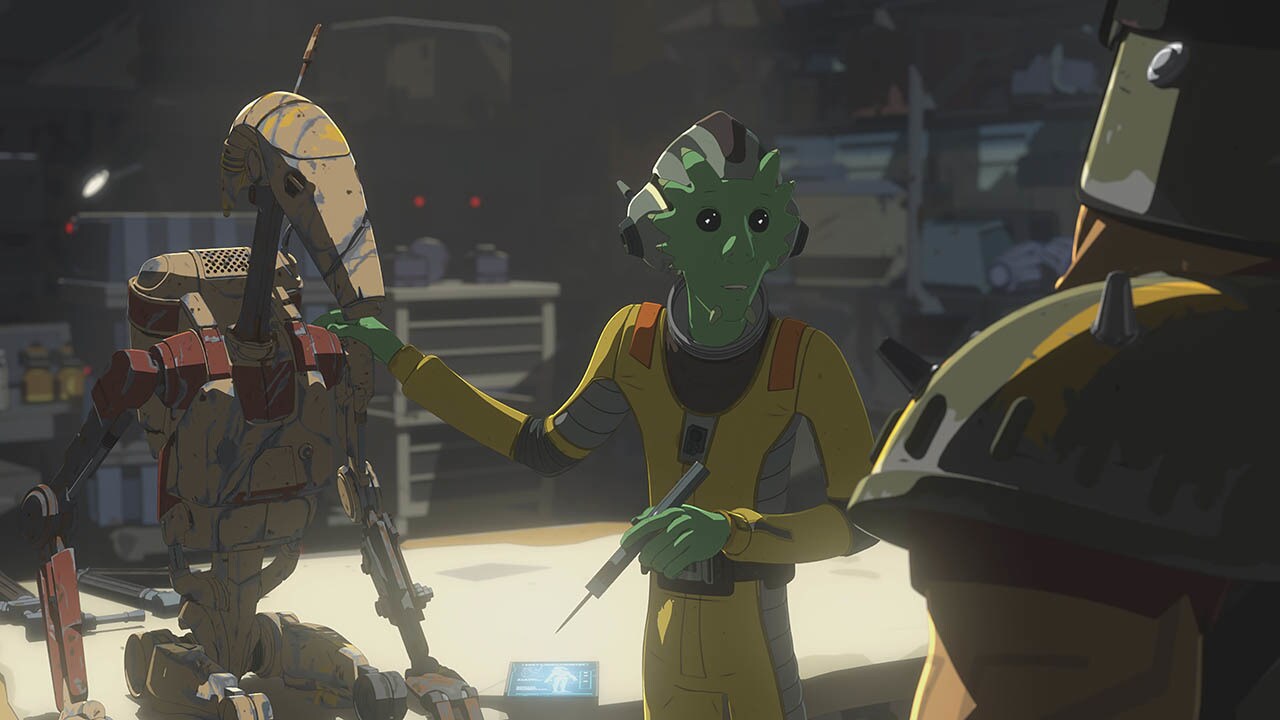 When the pirate Kragan Gorr seemed to be hatching a secret plot to take over the Colossus, Captain Doza and Jarek Yeager entrusted Neeku with a sensitive spying mission. Since the affable Nikto had always wanted to be a pirate, he was easily accepted among their ranks for the purpose of helping to repair a secret cargo of super battle droids. But Neeku was not as gullible as he seemed, and he used his engineering prowess to reprogram an overlooked battle droid found in the same shipment container as a failsafe against a mutiny.