With his customized Mandalorian armor, deadly weaponry, and silent demeanor, Boba Fett was one of the most feared bounty hunters in the galaxy. A genetic clone of his “father,” bounty hunter Jango Fett, Boba learned combat and martial skills from a young age. Over the course of his career, which included contracts for the Empire and the criminal underworld, he became a legend. 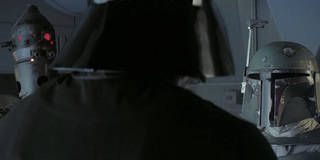 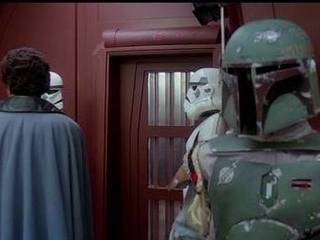 He's No Good to Me Dead 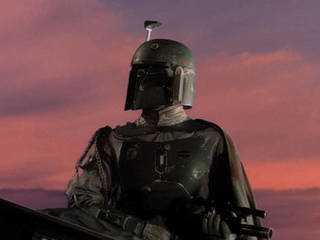 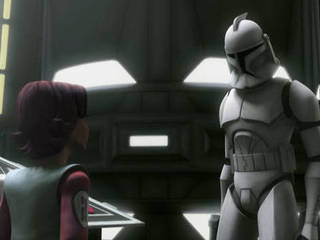 You're Not My Brother 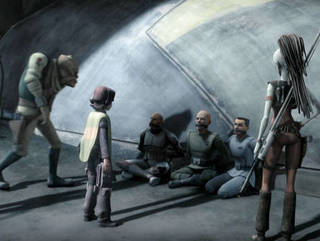 I've Taken All the Risks 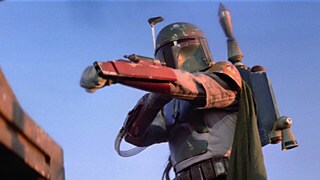 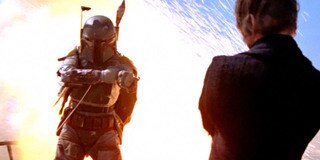 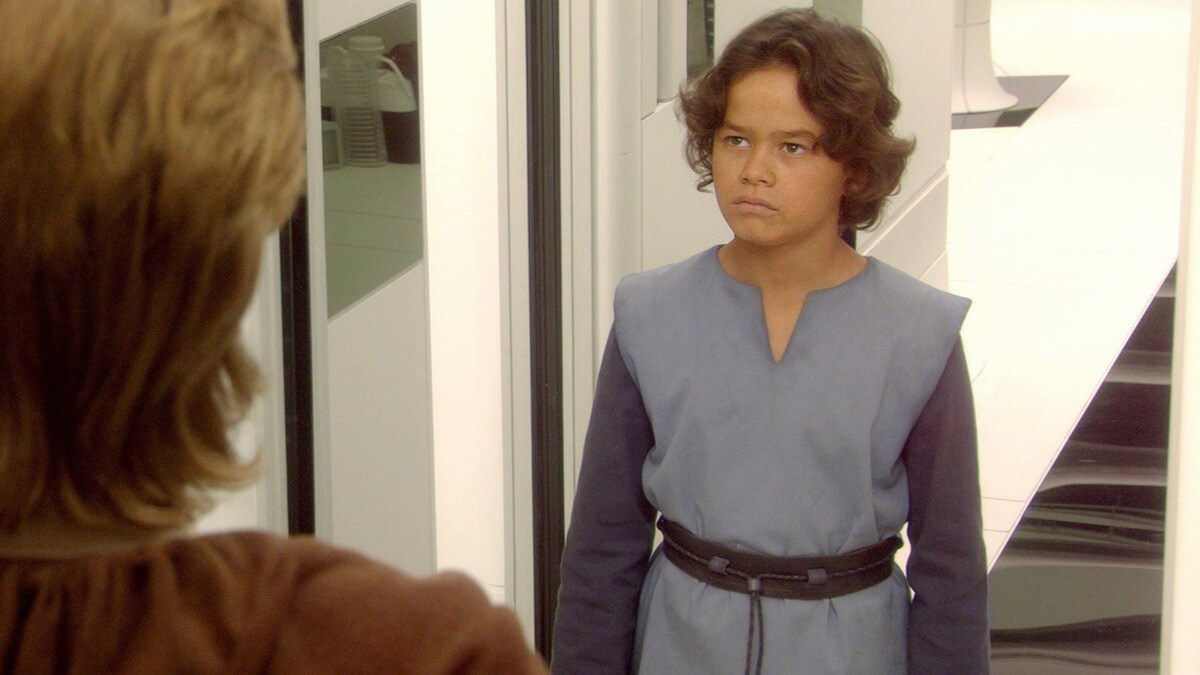 When Jango Fett was hired to be the genetic blueprint for the Republic’s clone army, he made one request: to be given an unaltered clone that he could raise as a son. Boba Fett was that son, and through Jango, he learned the art of combat. As a boy, Boba could handle a blaster better than most and was deadly in a battle; when Obi-Wan Kenobi tracked and fought Jango on Kamino, Boba nearly killed the Jedi with the heavy weapons of his father’s starship, the Slave I. While Jango survived the encounter, he faired less successfully against Jedi Master Mace Windu on Geonosis. The expert swordsman beheaded Boba’s father, an act that spawned a lifelong hatred of Jedi in the child. 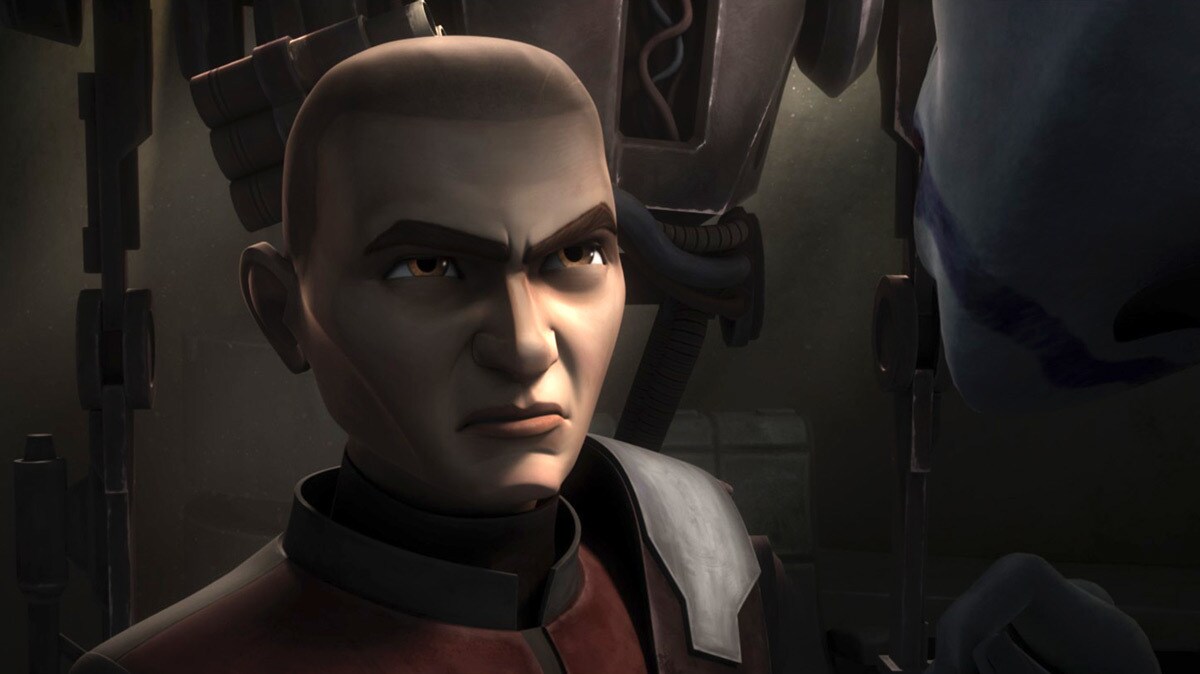 Now an orphan, Boba Fett grew up in the galaxy’s criminal underworld. As a teen, he joined the crew of Aurra Sing, a ruthless bounty hunter who tried to teach Boba her ways. The boy thirsted for revenge against Mace Windu for killing his father, and bombed the Jedi’s starship in a failed assassination attempt. Later, Boba was put in the position of having to kill clone trainees -- his genetic duplicates who looked like his twins -- and he refused, showing that while he was a bounty hunter, he was not heartless. After a short time in prison, Fett emerged to form his own bounty hunting posse based out of Tatooine, hiring the likes of Bossk, Dengar, C-21 Highsinger, Latts Razzi, and Asajj Ventress. 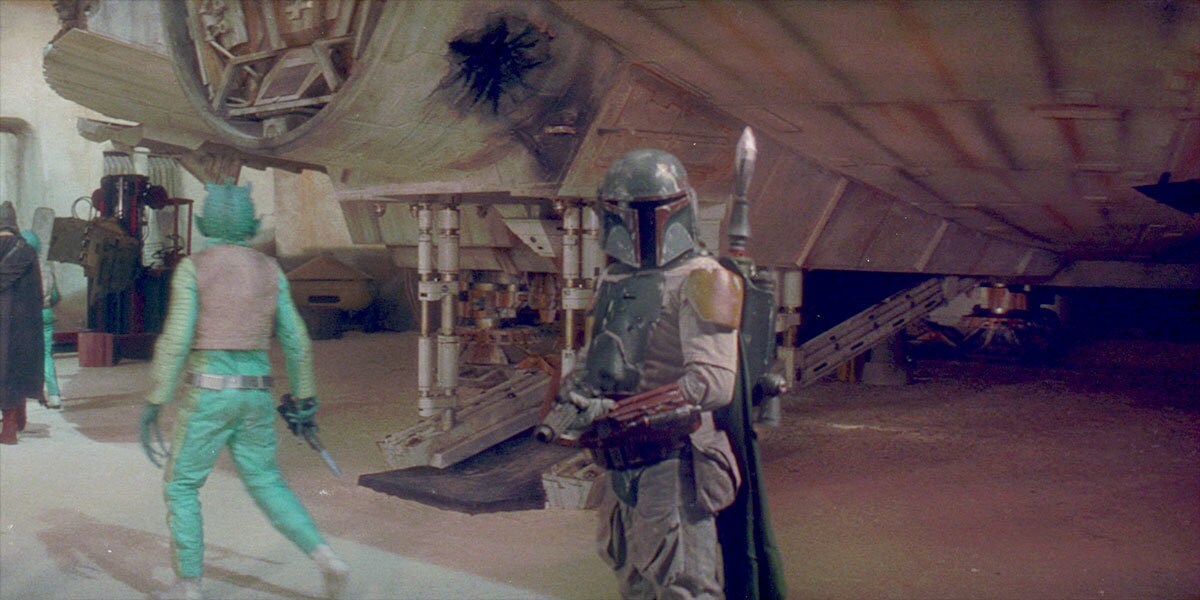 Over the years, Boba developed a reputation as the galaxy’s deadliest bounty hunter. He wore Mandalorian armor reminiscent of his father’s, beat up from his many jobs, and piloted the fearsome Slave I starship. He became one of Jabba the Hutt’s go-to mercenaries, and was present during a tense meeting between the gangster and Han Solo. 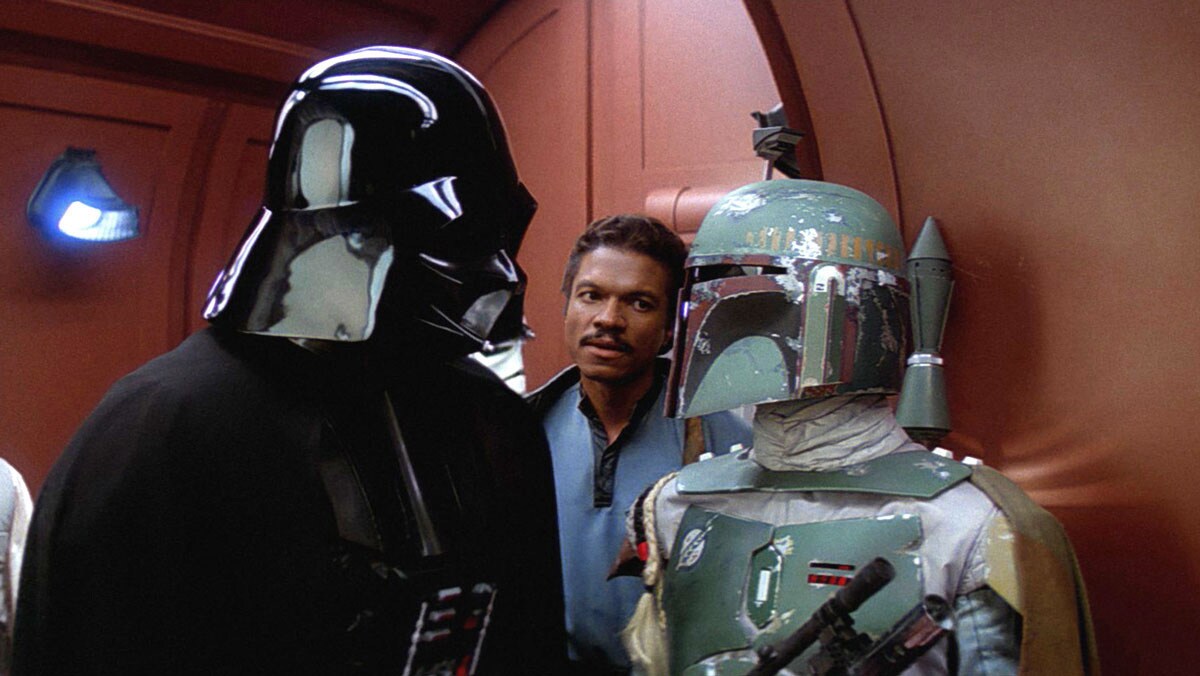 Boba was one of several bounty hunters recruited by Darth Vader to track down the Millennium Falcon after the Battle of Hoth, and was the only one to prove successful. In a brash move, Han Solo had docked the Falcon on a Star Destroyer in order to avoid the Empire’s detection, and detached when the ship dumped its garbage prior to a hyperspace jump; the bounty hunter had anticipated this, and hid amongst the Star Destroyer’s waste. Han, Leia, Chewbacca, and the droids took off for Cloud City, thinking it would be a safe haven. They instead found Darth Vader and Boba waiting for them. The Sith Lord froze Han in carbonite, and Boba claimed the rogue smuggler, bringing him to Jabba the Hutt for a handsome bounty. 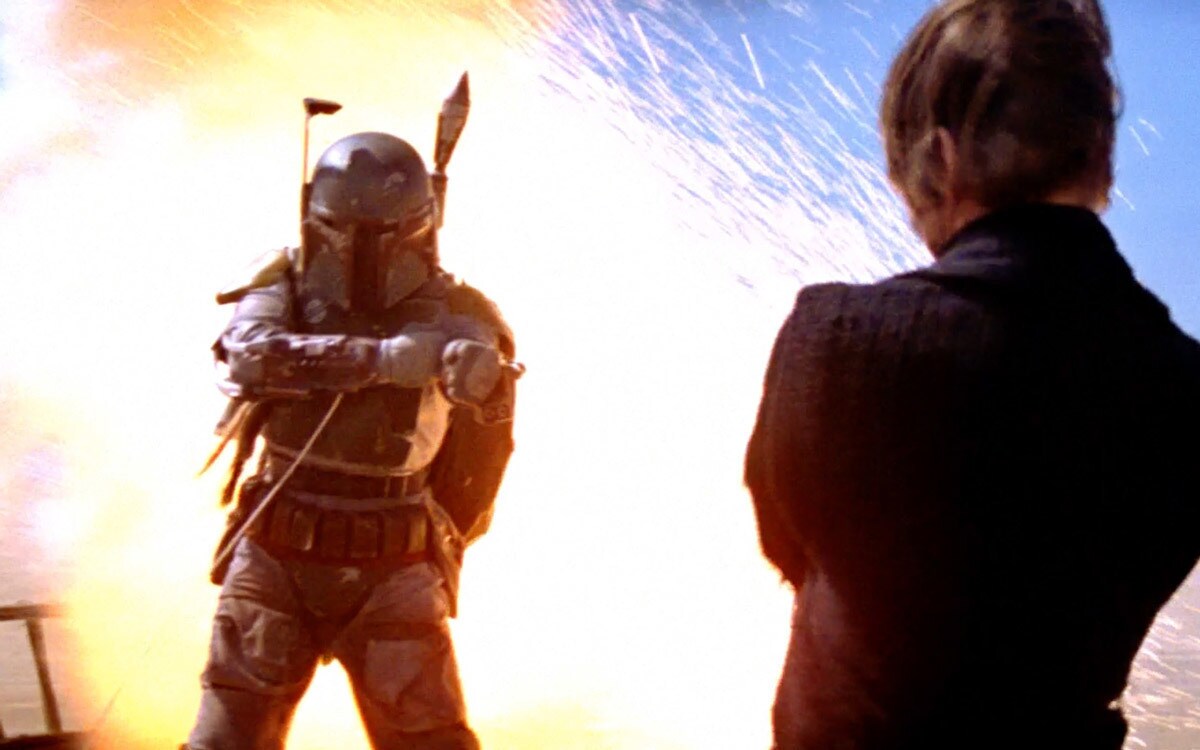 Boba remained one of Jabba the Hutt’s most trusted enforcers, and was a fixture in the crime lord’s palace. During Luke Skywalker’s daring rescue of Han Solo above the Sarlacc, Boba tried to subdue the Jedi -- first with a grappling rope, then with blaster bolts. Before he could hit his target, however, Han accidentally slammed a pole into the bounty hunter’s jetpack. It ignited, sending Boba careening into the side of Jabba’s sail barge and tumbling into the man-eating pit. 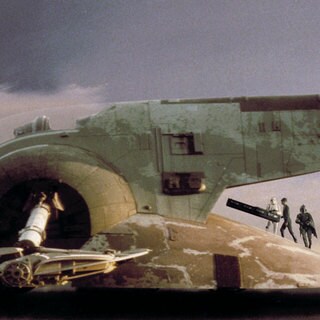