From a Certain Point of View: What's Boba Fett's Greatest Moment (So Far...)?

The fan-favorite bounty hunter will be back with The Book of Boba Fett, but what's his finest hour to date?

One of the great things about Star Wars is that it inspires endless debates and opinions on a wide array of topics. Best bounty hunter? Most powerful Jedi? Does Salacious B. Crumb have the best haircut in the saga? In that spirit, StarWars.com presents From a Certain Point of View: a series of point-counterpoints on some of the biggest — and most fun — Star Wars issues. Today, to celebrate the premiere of The Book of Boba Fett, streaming exclusively on Disney+ starting December 29, two StarWars.com writers debate the bounty hunter's greatest moment ahead of the new series. 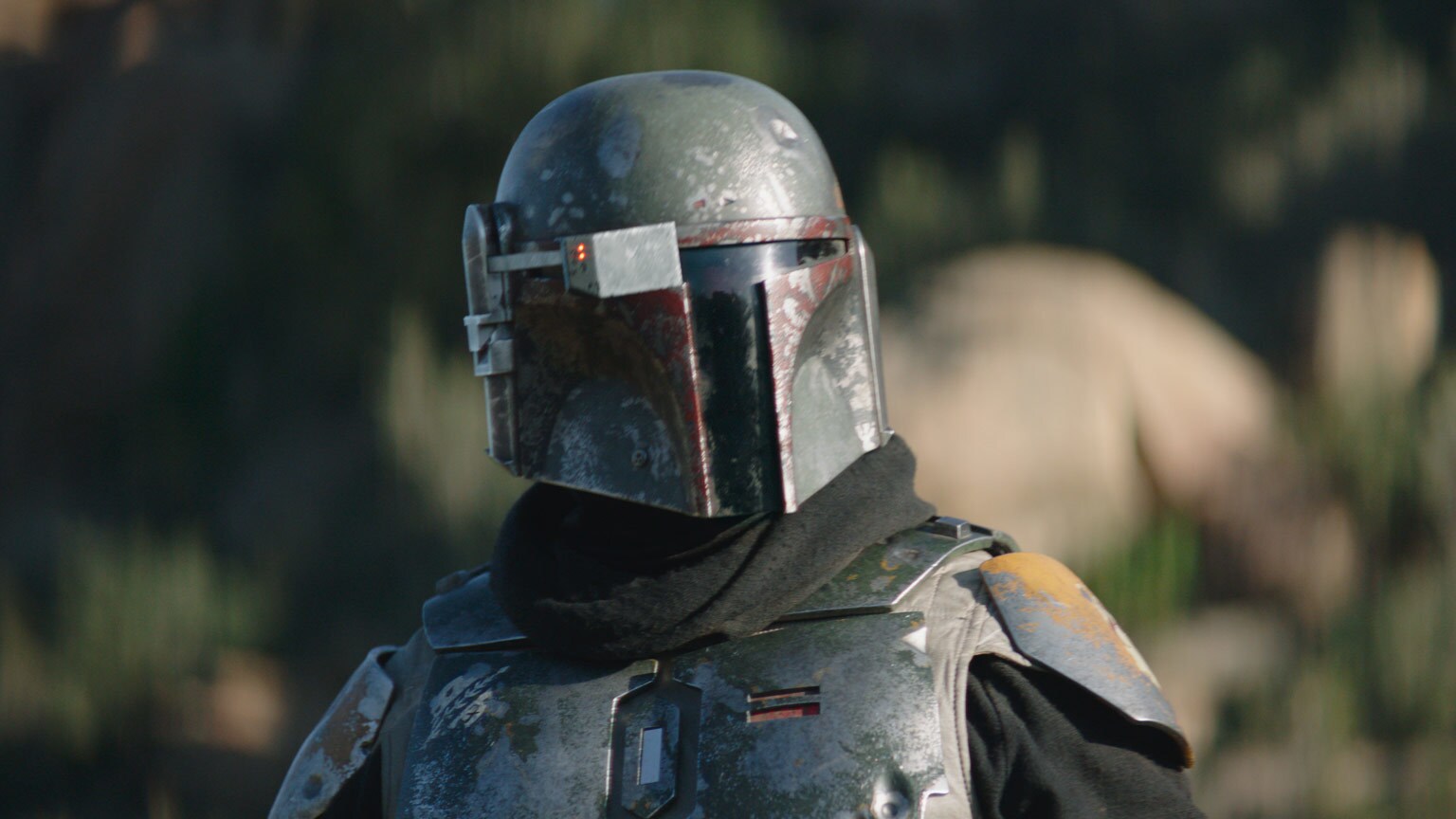 Best Boba Fett moment so far? It’s hard not to point to his triumphant return in The Mandalorian’s second season episode, “Chapter 14: The Tragedy.” It was also hard not to squeal with nerd-delight the minute his starship graced my TV screen on that memorable day last December. Because we all knew who was flying that Firespray-31-class patrol and attack craft. And by that point, we all but knew we’d see Temuera Morrison step into the iconic bounty hunter’s boots. What I didn’t yet know, was just how awesome that return would prove to be.

I still sometimes forget the other happenings on Tython in that episode (magical butterflies, mystic Grogu, dark troopers), because this will forever be known as the episode Boba Fett returned. After nearly 40 years, we got to see grizzled, post-Sarlacc Fett back in the thick of it. And all without his iconic T-visor helmet.

That’s what makes this moment so great. Boba Fett was -- and is -- so popular, in large part, because of his distinctive look. The battle-worn armor, the dented helmet. But the storytellers of this episode (including director Robert Rodriguez) gave us something new: a Boba moment without the trappings of what made him so famous in the first place. He’s wearing a tattered robe. His face is scarred. He’s wielding a gaderffii stick with animalistic ferocity. It’s all new, all fresh, yet feels so familiar. It echoes back to the character we originally fell in love with, complete with mystery and anonymity, while still hinting at new stories and dark memories to explore. Which, thank the Maker, we’ll get to do in the upcoming Book of Boba Fett series.

And yes, the action was stand-out. The crunch of stormtrooper armor as he pummeled them with the Tusken Raider’s signature weapon. The precision blaster shots. I mean, Sarlacc digestive juices clearly didn’t dull this guy’s skill! While I appreciated seeing an armorless Fett kick butt, the episode still delivered what we’d all been hoping for -- a return to that classic visage, albeit a little worse for wear. With the Fett family armor back with its rightful owner, we finally got to see it in action. From knee rocket launchers, which we’d only read about in visual dictionaries, to that cheer-worthy rocket launcher moment, the battle didn’t last long, but it was well worth the wait. 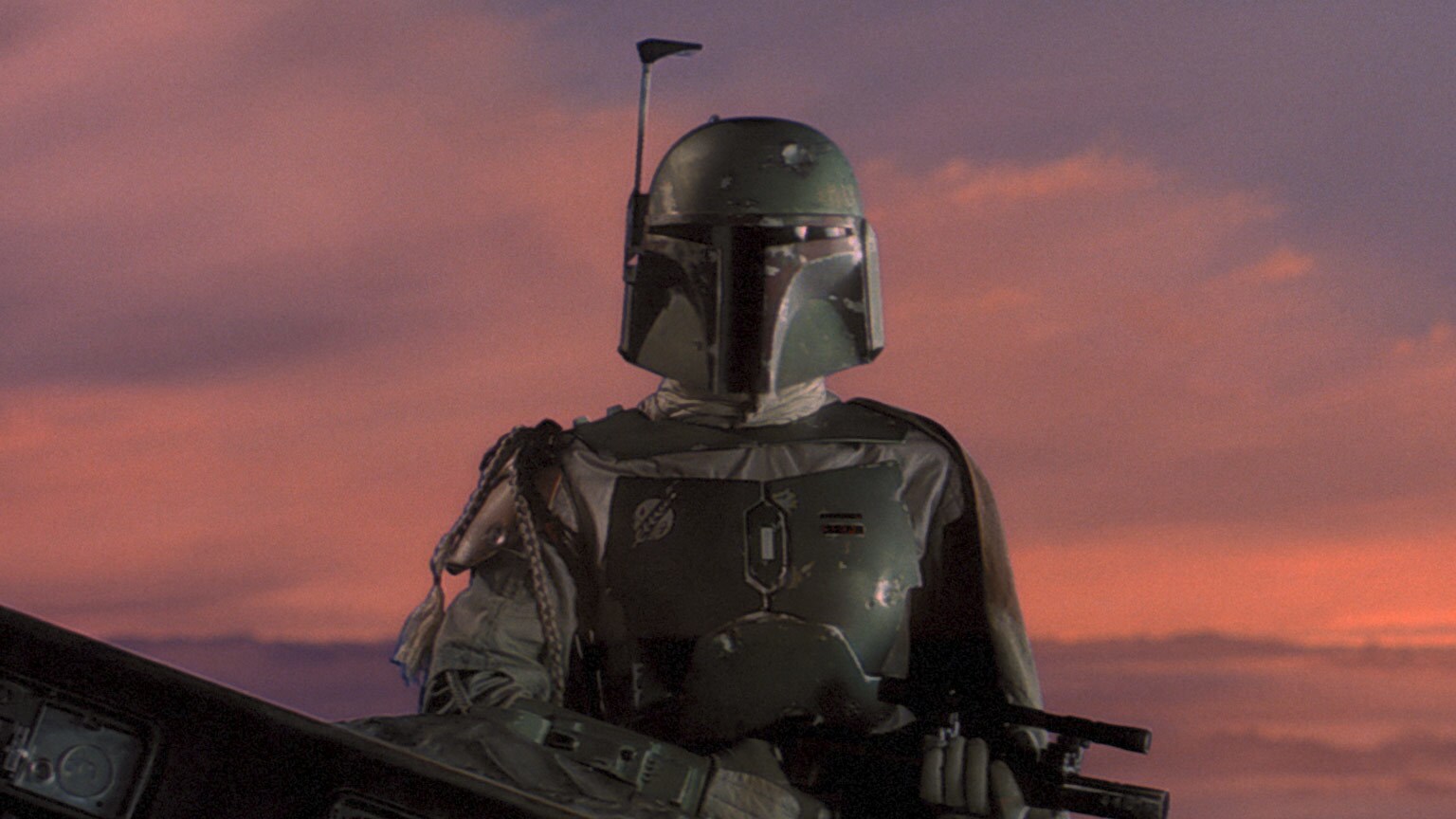 It’s his mysterious introduction in the original trilogy, says Amy.

One of my favorite parts of an ever-expanding Star Wars universe is learning more about my favorite characters at different parts of their lives. Star Wars fans have seen Boba Fett as a child during the Clone Wars and as a man who survived what I can only imagine was a traumatic close encounter with the Sarlacc monster. But my favorite Boba Fett moment remains the first time I saw him on screen in Star Wars: The Empire Strikes Back. 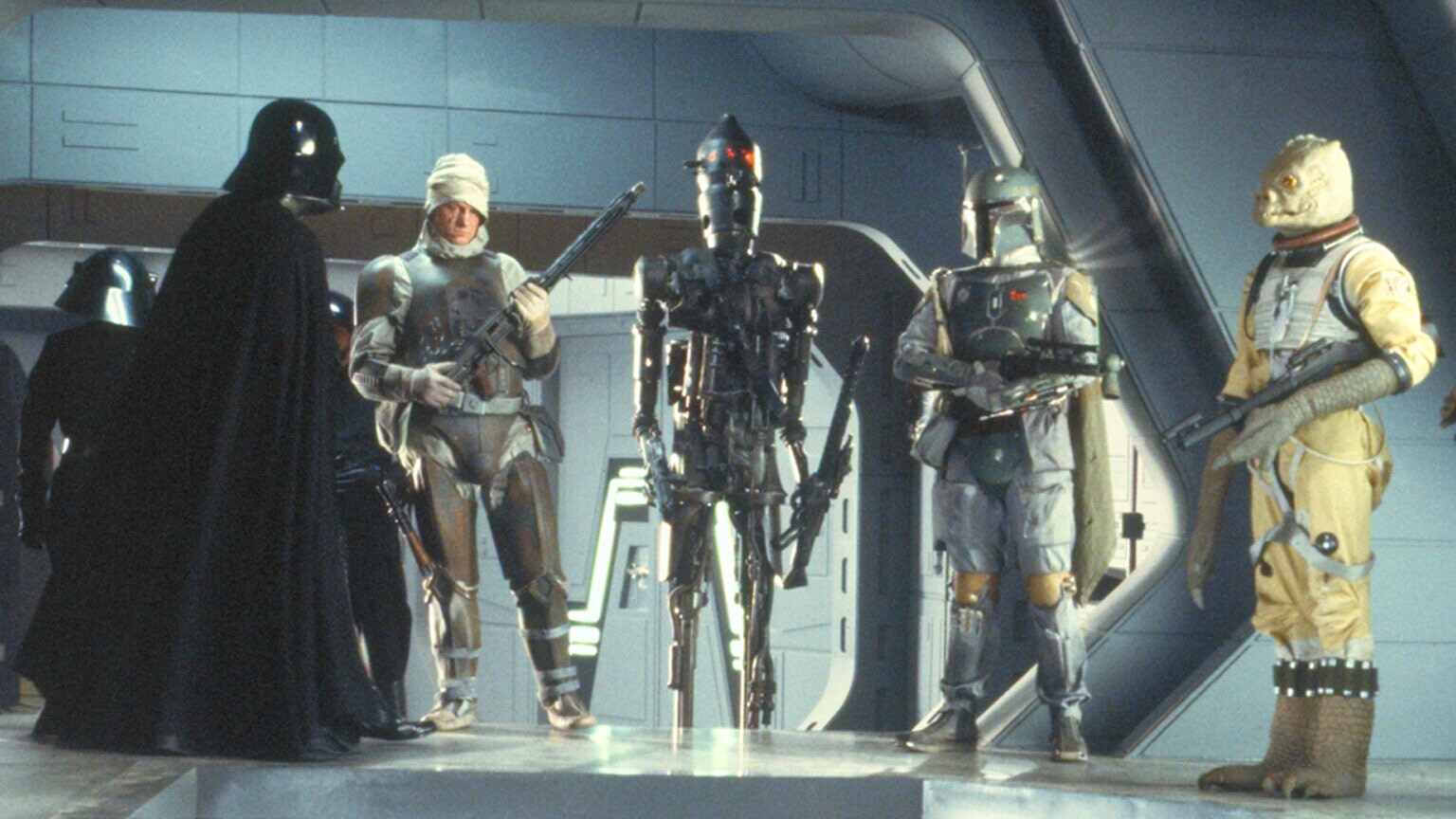 The first glimpse we have of Fett in The Empire Strikes Back is in a scene where Darth Vader hires a group of never-before-seen bounty hunters to capture the Millennium Falcon. All of the bounty hunters are memorable in this scene, but Fett really stood out to me with some serious “Who’s That Guy” Grease 2 energy.

For one thing, Fett is the only bounty hunter Vader speaks to, warning him that he wants the Falcon’s passengers alive – so, “no disintegrations.” Fett calmly responds “As you wish.” when inside I’m thinking, “Disintegrations!!?? Excuse me, did you say disintegrations??” We just get a glimpse of Fett’s armor but it’s a great glimpse. His helmet is one of my favorite Star Wars designs. I love how beat up it is in Empire; it tells a lot about the character in just a few seconds. He’s seen some things. He’s in the middle of a lot of action. And is that a rocket launcher on his back? 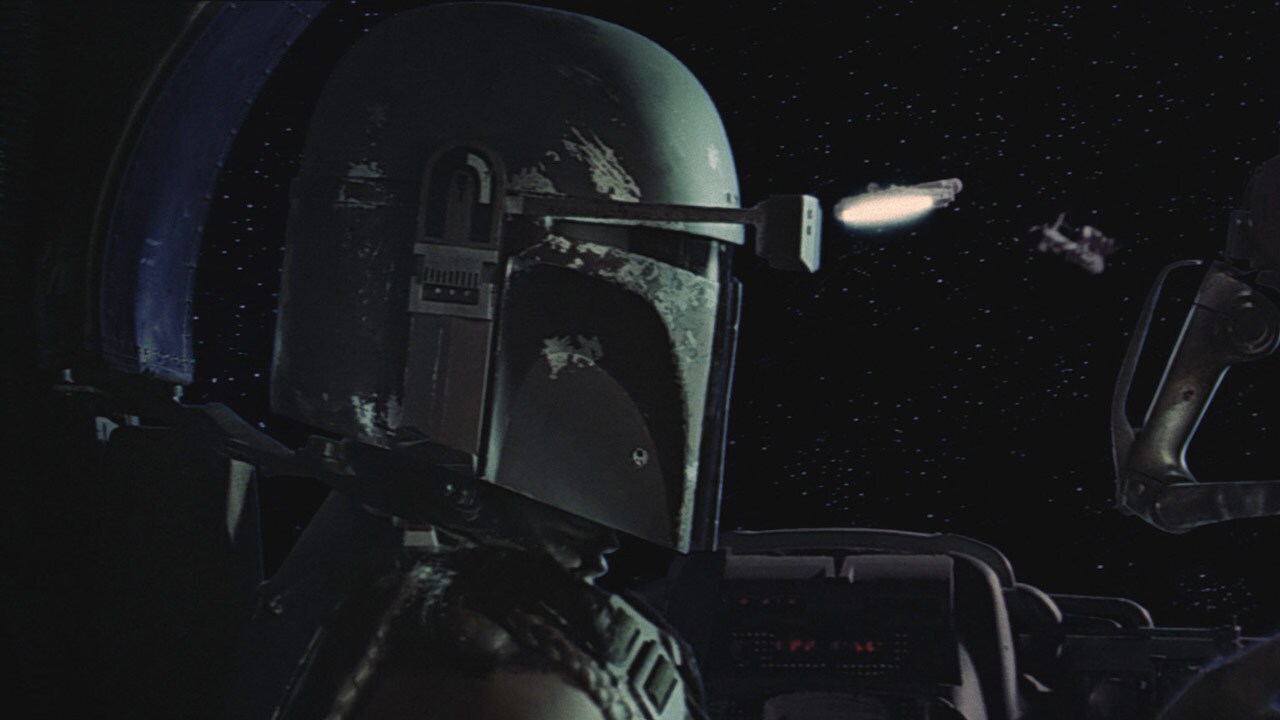 I’m happy to admit that I think the best thing about Boba Fett in this film and in this moment is the mystery. Only seeing him for a second here or a second there. I’m a firm believer that a lot of the magic of Star Wars is not seeing everything and leaving things up to the imagination of the viewer. Introducing characters that you WANT to learn more about. It’s why the sequence in Jabba’s palace in Star Wars: Return of the Jedi will forever hold a special place in my heart. Boba Fett made a big impression on me in The Empire Strikes Back and I look forward to learning more about the man behind the mask in The Book of Boba Fett.

What do you think? Do you agree with Dustin or Amy? Or is there another moment that gets your vote? Let us know on social using #FromACertainPOV!

Boba Fett From a Certain Point of View Disney+ Star Wars: The Book of Boba Fett