6 Highlights from The Book of Boba Fett Trailer

Today, Lucasfilm and Disney+ debuted an action-packed trailer and key art for The Book of Boba Fett, the new live-action series launching on December 29. 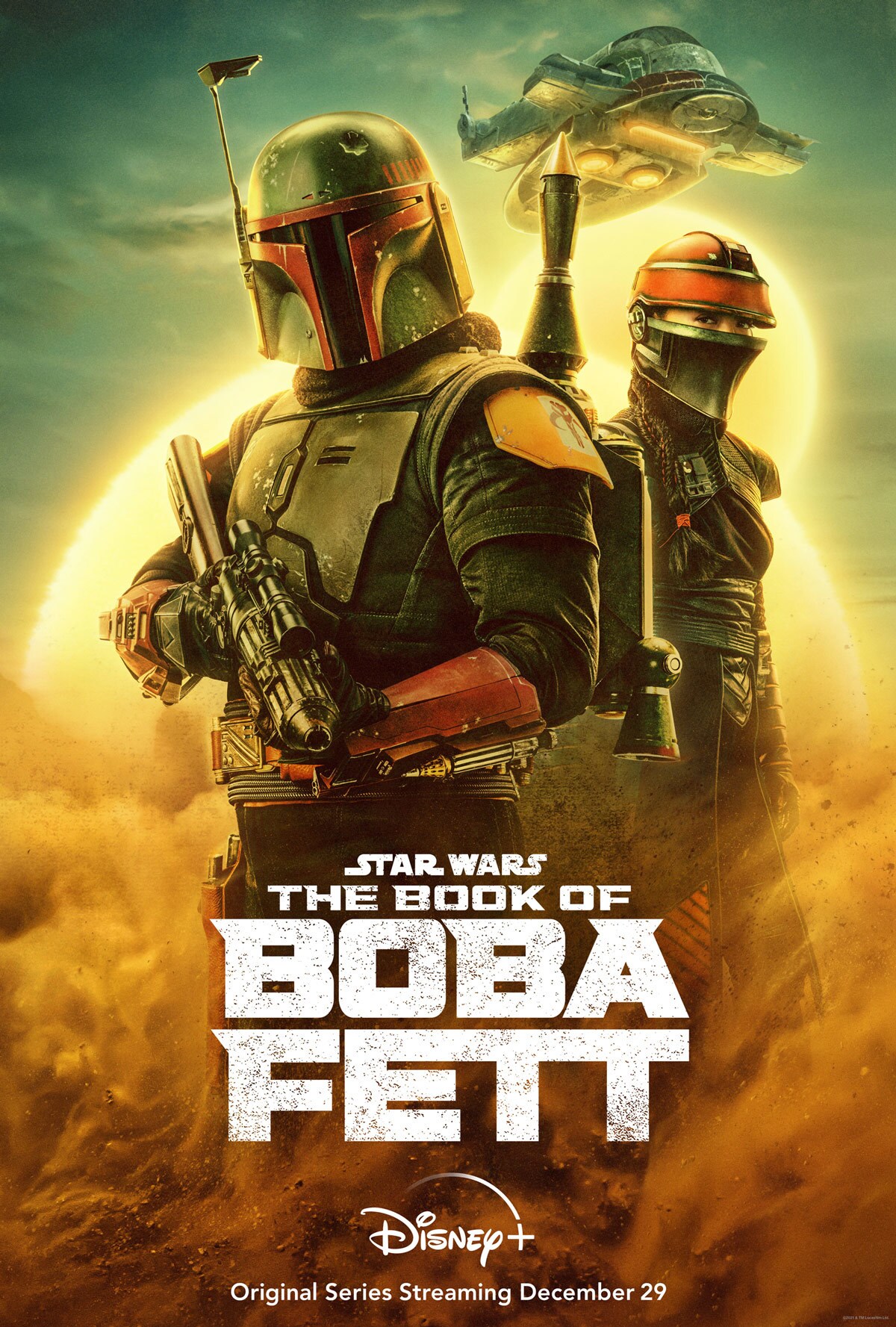 First teased in a surprise end-credit sequence following the Season 2 finale of The Mandalorian, The Book of Boba Fett continues the adventures of Boba and Fennec Shand as they navigate the underworld and stake their claim on the territory once ruled by Jabba the Hutt and his crime syndicate.

Now with our first glimpse at the series, we find Boba Fett looking to make his mark through unity and respect instead of sheer domination. Watch the thrilling new trailer for yourself below, then read on for our favorite moments.

With a B’omarr monk skittering across the sand, we’re transported back to Tatooine and the palace where Jabba the Hutt once reigned. But it quickly becomes clear that things have changed since the days when the slimy crime boss was collecting carbonite scoundrels as wall décor and sending anyone who crossed him into the pit with his pet rancor.

2. “Jabba ruled with fear. I intend to rule with respect.”

An empty throne, a tense standoff, and Boba Fett showing he isn’t hiding behind his dented helmet punctuate this simple creed. And with a sideways glance, it seems his partner, the fearless Fennec Shand, is ready for wherever this new adventure takes them.

From an Ithorian of some authority to a table of former Hutt allies, the trailer is filled with familiar alien species among the denizens of the underworld. But who among this hive of scum and villainy will prove to be friends or foes?

Building on the music that reintroduced the bounty hunter in The Mandalorian, the stringed composition playing throughout the trailer is gritty with a sense of urgency.

Boba and Fennec are outnumbered, but that doesn’t mean the two scrappy survivors are outmatched. Not by a long shot. Just one look at Temuera Morrison’s wide-eyed rage and you know whoever picked that fight with Boba is in trouble now.

6. “If you had spoken such insolence to Jabba, he’d have fed you to his menagerie.”

It’s a great line spoken with precision calm by Ming-Na Wen as Fennec Shand. A statement or a threat? We’ll have to watch the series to find out…

For more on Boba Fett and Fennec Shand, be sure to check out StarWars.com’s previous interviews with Temuera Morrison and Ming-Na Wen, as well as a look at the teaser art for the series, streaming exclusively on Disney+.