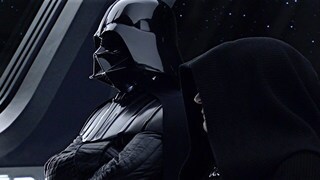 An ancient order of Force-wielders devoted to the dark side, the Sith practice hate, deception, and greed. Notable for their red-bladed lightsabers, black dress, and use of their aggressive feelings, the Sith look to amass power at all costs. The evil Darth Sidious, along with his apprentice Darth Vader, achieved the Sith goal of galactic conquest after a millennia of plotting. 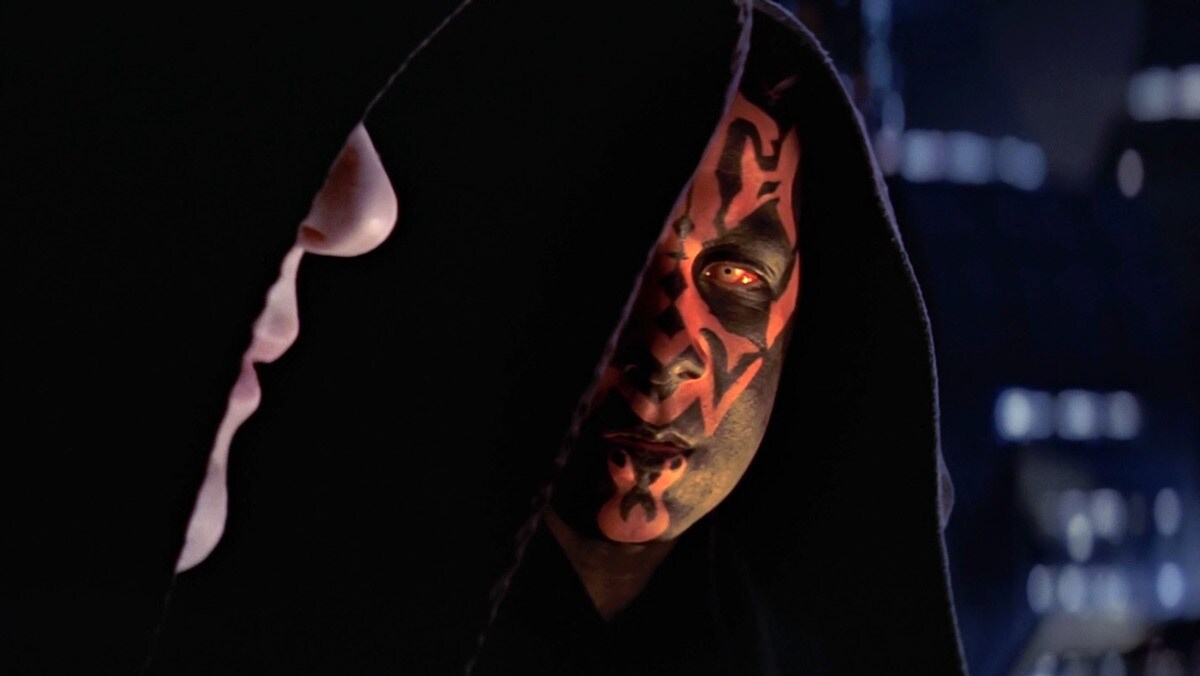 The Sith remained a distant memory -- until the rise of Darth Sidious and his apprentice, Darth Maul, in the last days of the Republic. Sidious hid in plain sight as the unassuming Senator Palpatine of Naboo, while secretly orchestrating the Trade Federation’s invasion of the planet. This allowed him to make a play for the galaxy’s highest office in his civilian persona and sow the seeds of Sith revenge. Maul attacked Queen Amidala of the Naboo and later killed Jedi Qui-Gon Jinn, but fell to Obi-Wan Kenobi. Despite this setback, the Sith had returned, clouding the Force with the power of the dark side. And the arrival of Anakin Skywalker, a young boy especially strong with the Force, offered a potential new recruit for the Sith. 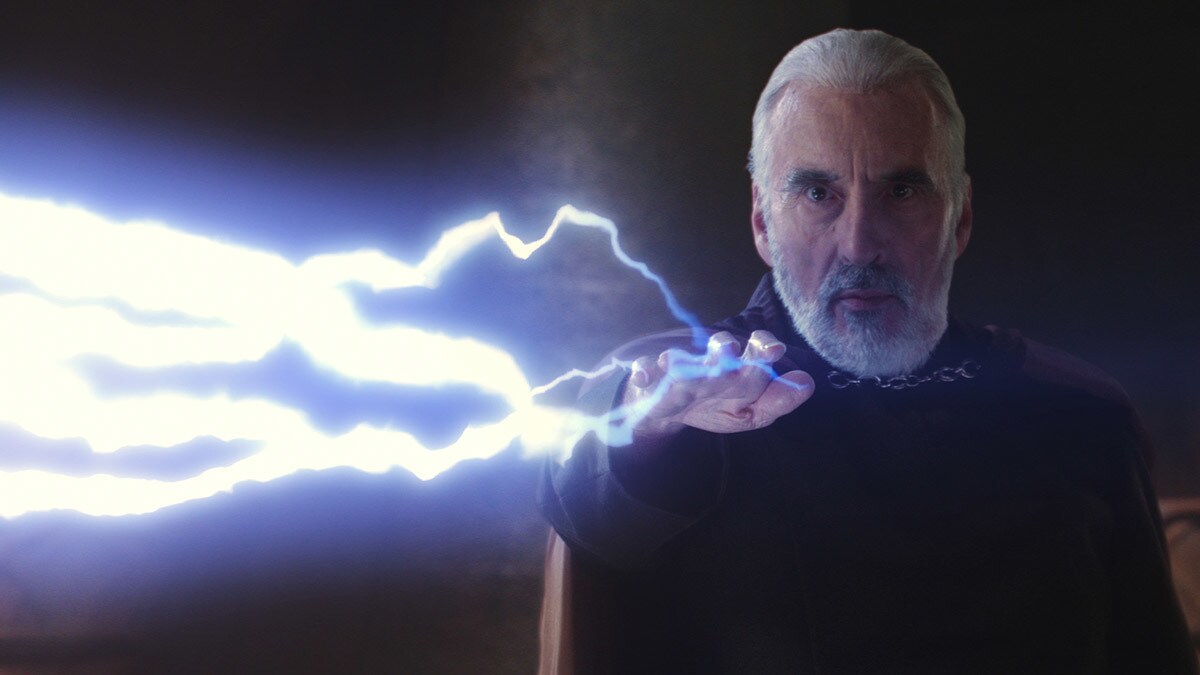 With the loss of Darth Maul, Darth Sidious took on a new apprentice: Count Dooku, former Jedi. Adopting the Sith name Darth Tyranus, Dooku became the face of the Separatist movement and pushed the galaxy into war. As a result, the Jedi became generals and compromised their ideals, which is exactly what Sidious wanted. 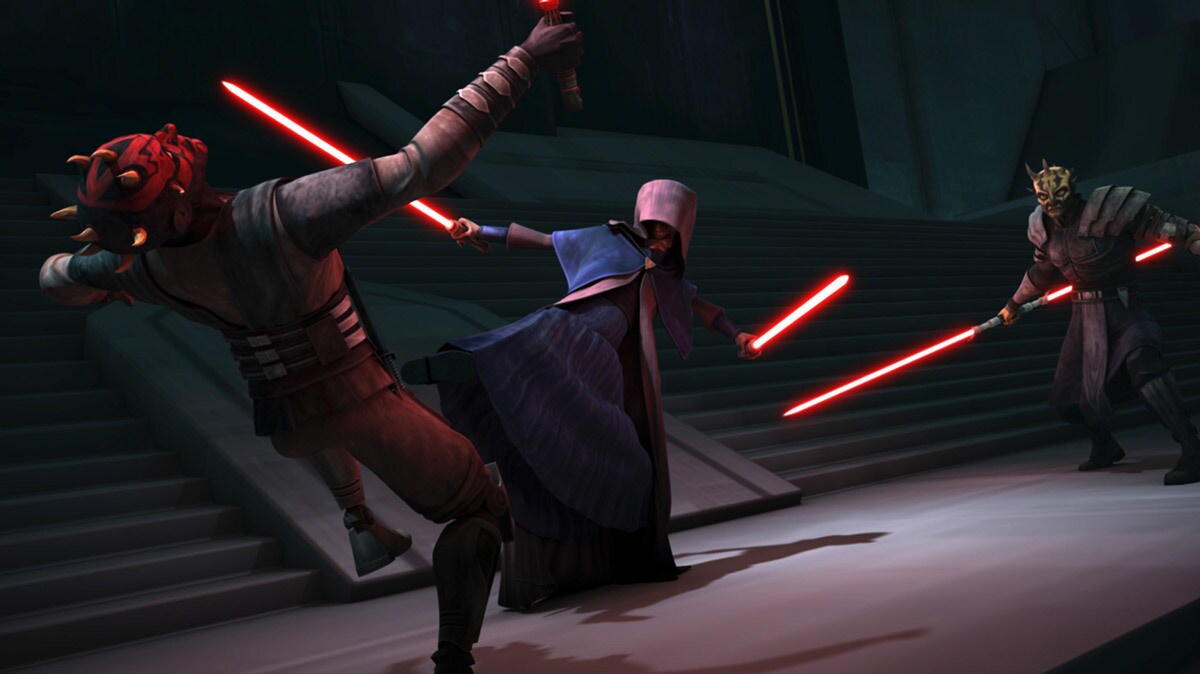 The Sith continued to plunge the galaxy into darkness with the Clone Wars. Jedi, once peacekeepers, were now generals and warriors -- a development that was all part of the Sith plot. Planets were ravaged and distrust and corruption became commonplace.

During this time, Count Dooku took on an apprentice of his own called Asajj Ventress. She became his personal assassin and weapon, engaging Anakin Skywalker, Obi-Wan Kenobi, and Ahsoka Tano on numerous occasions. While loyal, she was ultimately betrayed by her Master on the orders of Darth Sidious. Ventress sought revenge using Savage Opress, a hulking Sith apprentice, but failed to kill Dooku.

Though Opress would turn on Ventress, his journey was not over. The Zabrak found that his brother, Darth Maul, had not been killed as previously believed. Maul, though driven into madness, survived his injuries on Naboo, and Opress turned to Mother Talzin to restore the once deadly Sith. Gifted new mechanical legs and clear mind, Maul was back and obsessed with enacting revenge on Kenobi. He would have it, killing the Jedi’s former love, and made his own play for power by taking over Mandalore. Maul incurred the wrath of his former Master; Darth Sidious killed Opress and took his old apprentice captive in an elaborate Sith gambit to settle a longstanding and deadly dispute with the Nightsisters.

To the surprise of Darth Sidious, Yoda visited Moraband, the Sith homeworld. The Jedi Master encountered an illusory spectre of the ancient Sith Darth Bane, who was buried on the barren planet, and battled Sidious on a spiritual plane as a result of an ancient, arcane Sith ritual. Through his experience, Yoda gained a new enlightenment about the Force that the Sith did not foresee. 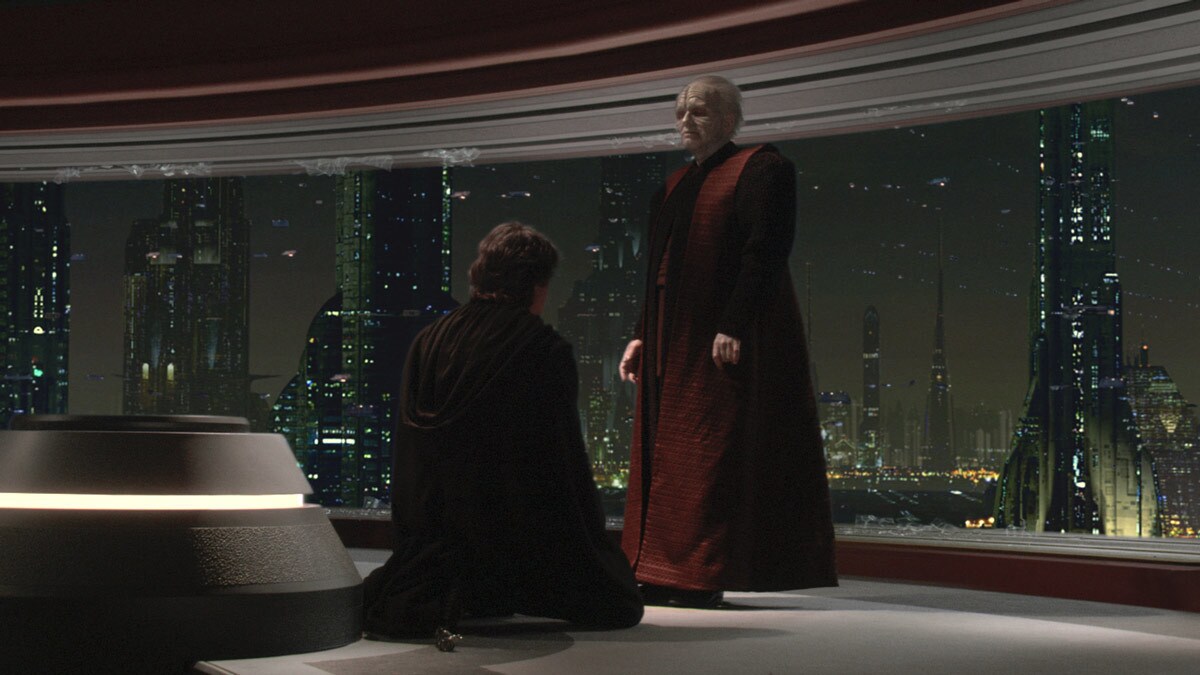 After three years of the Clone Wars, Darth Sidious’ grand scheme was almost complete. He sacrificed Count Dooku to a violent killing by Anakin Skywalker -- a necessary loss in order to manipulate the young Jedi. As Palpatine, he told Anakin a “Sith legend” about Darth Plagueis. Plagueis, through the dark side, had gained the ability to keep people from dying -- until, ironically, his apprentice killed him in his sleep. This story entranced Anakin, who was desperate to learn this power in an effort to save his wife, Padmé Amidala. Eventually, Palpatine revealed himself as Sidious, and converted Anakin with this temptation.

With Anakin now a Sith called Darth Vader, Sidious enacted his masterstroke. He executed Order 66, the slaughter of all Jedi, with Vader leading the assault. In the political arena, he reorganized the Republic into the Galactic Empire, installing himself as Emperor. Once more, the Sith ruled the galaxy, unbeknownst to all but the few surviving Jedi. 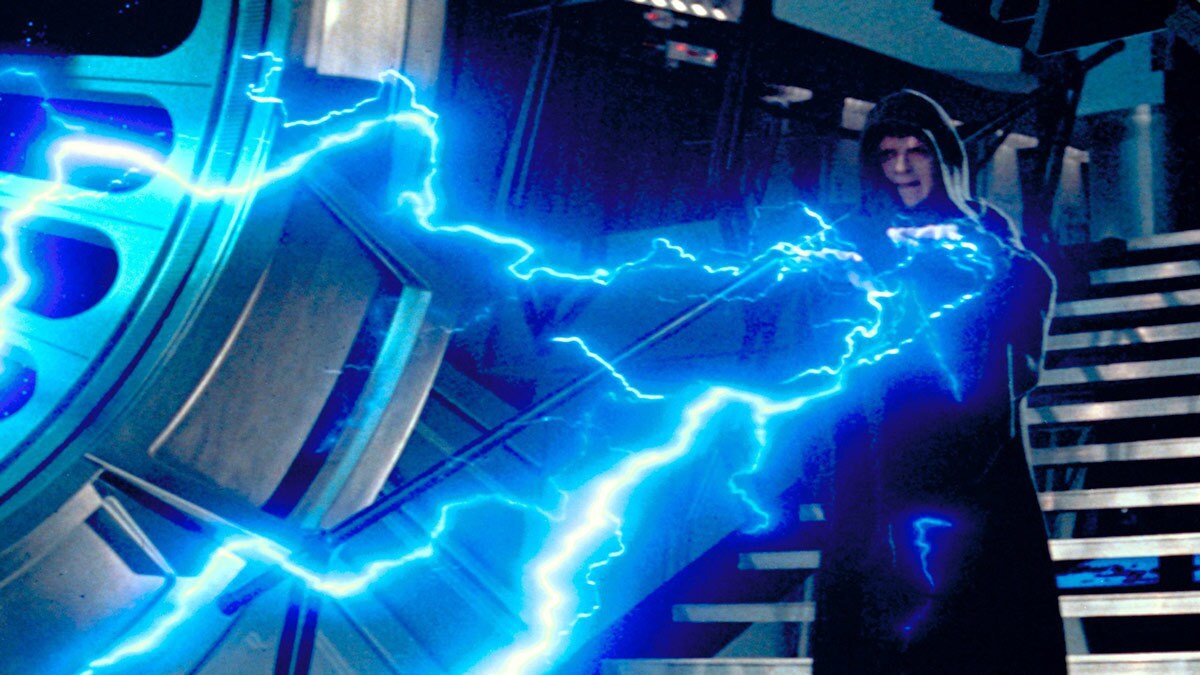 Unchallenged for a generation, the Sith faced a new enemy: Luke Skywalker, Jedi Knight. The Emperor feared that the young Jedi would destroy him, and sought to turn Luke to the dark side. In a final confrontation on Death Star II, Sidious goaded Luke into a violent attack on his father, Darth Vader; by using his hatred, the boy would embrace the power of the dark side, kill his father, and take Vader’s place as the Emperor’s enforcer. Luke ultimately resisted this temptation -- much to the anger of Sidious. The Sith unleashed a torrent of Force lightning upon the Jedi, determined to destroy him for this outrage. Vader, however, turned on his Master. The good in him awakened by his son’s love, Vader saved Luke and threw the Emperor down a deep chasm. The tyranny of the Sith was over, and a new age dawned.

Or so it seemed. Beyond the veil of the Unknown Regions lay legendary Exegol, a Sith throneworld where cultists venerated the dark side of the Force and its traditions. Here, in secret, Sidious was restored to life and worked patiently to rebuild his power and manipulate events, engineering the rise of the First Order and overseeing the construction of a massive Sith armada. 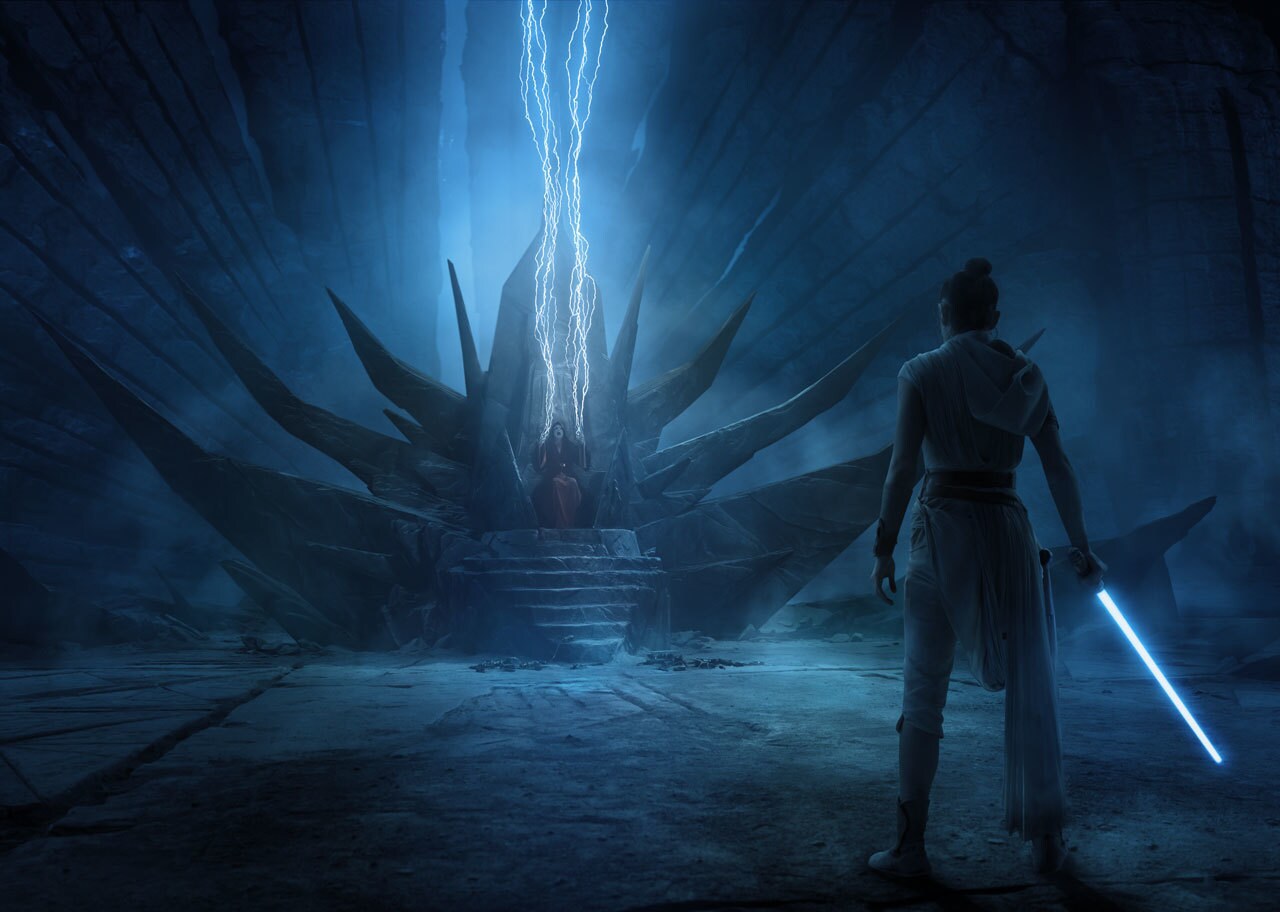 Opposing the reborn Palpatine was Rey, his granddaughter – who formed a rare and powerful dyad in the Force with Ben Solo, the grandson of Vader. In his showdown with Rey, Palpatine was bolstered by the power of all the Sith that had come before – while Rey was aided by the spirits of the Jedi. Their clash would determine whether a new Sith empire rose from the ashes of the Empire or was destroyed once and for all. 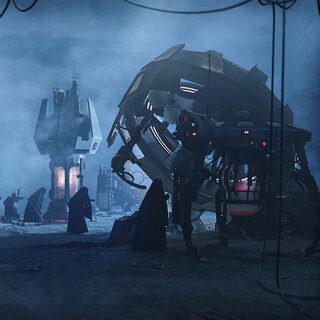