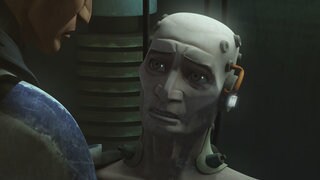 Echo was a soldier in the Grand Army of the Republic, known for his strict adherence to orders and rules -- hence, his nickname, which was sarcastically gifted by his clone brothers. Still, Echo proved to be among the bravest clones, integral in the defense of Rishi Station and Tipoca City, and eventually achieved the rank of ARC trooper. Through tragic circumstances, however, he would become something more than a normal clone.

Also known as CT-1409, Echo was a member of Domino Squad on Kamino before graduating and joining the fight against the Separatists. He survived a Separatist attack on the Rishi Moon listening post, was decorated for bravery, and inducted into the 501st Legion. Echo and his fellow Domino, Fives, later helped defend Kamino against a Separatist invasion, and were promoted to ARC troopers after the Separatists retreated. The two also helped Anakin Skywalker and Obi-Wan Kenobi free prisoners from the forbidding Separatist prison known as the Citadel, a mission that cost Echo his life -- or so his friends believed.

When Echo's voice was intercepted in a Separatist transmission, Captain Rex became convinced his friend was indeed alive. With Anakin Skywalker at his side, along with the Bad Batch, the elite squad infiltrated a Separatist base on Skako Minor and discovered Echo, or what was left of him, locked up amid a mess of tubes and wires. More machine than man now, Echo's body was patched into the Separatist computer network, his brain working out the complex calculations and battle strategies referred to as the algorithm while his injured and mutilated body remained in stasis. A prisoner of war, Echo was being forced into revealing the clones' combat strategies, giving the Separatists an advantage on the battlefield.

After his rescue, some were uneasy about Echo's abilities and, frankly, his loyalties considering his ordeal. In their experimentation, the Separatists had stripped away Echo's humanity and tried to turn him into a machine. Gaunt and mechanized, he was able to lead a strike team behind enemy lines to help secure the base at Anaxes and prove that he was still loyal to the Republic and his brothers. But his path now lay separate from his longtime friend Captain Rex. 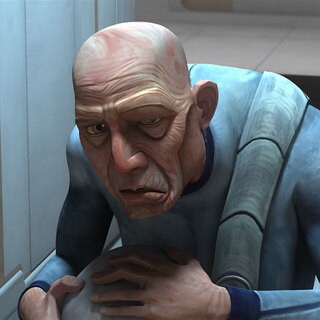