The Clone Wars Rewatch: The "Crisis at the Heart" of the Conflict

The war comes to Scipio.

"Deceit is the weapon of greed." 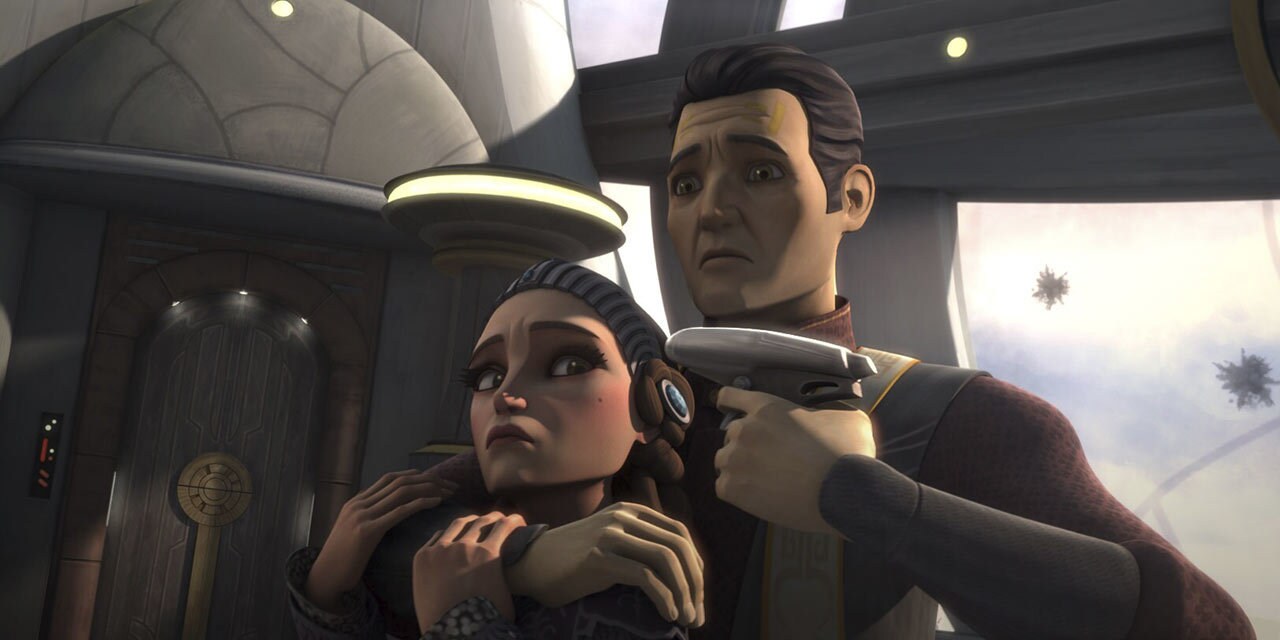 Rush Clovis's deal with the Separatists backfires and brings war to the banking world of Scipio.

Dooku has a nefarious way of making people submit to his demands. He's turned Rush Clovis into a Separatist puppet, placing him at the head of the Banking Clan then issuing demands for repayment of the favor.

And with a wave of his hand, he can make Padmé commit a murder she didn't intend, turning the blaster she grabs for defense against his own Separatist senator, punishment for speaking out against him.

The Sith Lords have played Scipio quite masterfully, turning the neutral mainstay into a battle zone. It almost makes you feel bad for Clovis. Almost.

With the world crumbling around him, all he can muster is self-pity, ruminating on his tarnished legacy. Faced with a once again very angry Jedi General Anakin Skywalker, Clovis doesn't surrender; he uses poor Padmé as a human shield. "I'm not the villain here," he cries. Yet he's the one holding the blaster to the temple of the woman he supposedly loves.

It's a sad foreshadowing of things to come for Anakin himself. But at least for now, he's still the hero and he manages to save Padmé's life, and their marriage.

Next up: Come back next Thursday when Jar Jar Binks returns in "The Disappeared."