The Clone Wars Rewatch: It's a "Sabotage"!

And a dark time for the Jedi Order.

"Sometimes even the smallest doubt can shake the greatest belief." 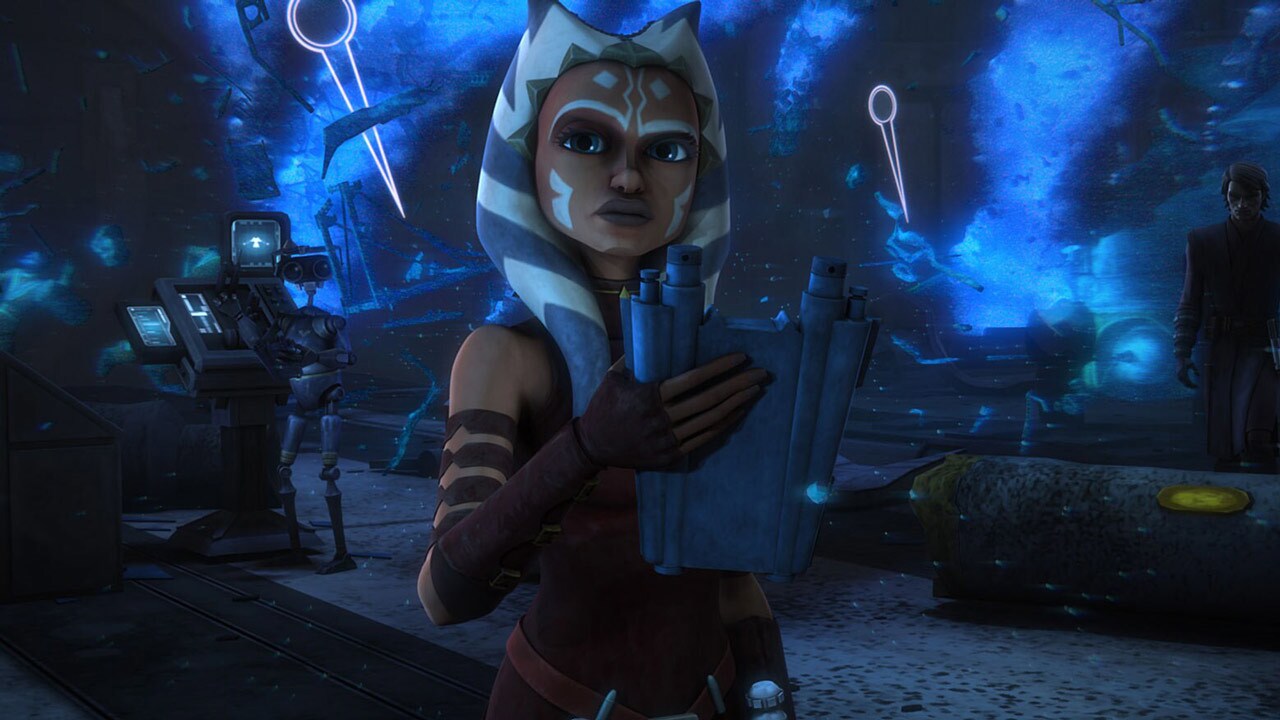 Anakin and Ahsoka investigate a deadly bombing at the Jedi Temple.

In the court of public opinion, the Jedi Order and its lightsaber-wielding generals are becoming less and less popular as the war persists. And that anger, fear, and doubt has led to the unthinkable: an attack at the Jedi Temple.

Inside the hangar, bodies still among the debris, the screams of the victims echo through the Force. Among the dead were good Jedi, dedicated clones, and innocent civilians. Through the use of impressive surveillance equipment, Ahsoka and Anakin become detectives in this mystery, walking through the scene as it transpired in holographic form. But without Russo-ISC's keen analysis, it's unlikely they would have solved the case so swiftly.

The shroud of the dark side has long cast a pall over the Jedi's perception in the Force; with rumors swirling that a Jedi defiled their own sacred ground -- killing their own colleagues and dedicated servants -- the seeds of doubt make the truth of the matter murky and unclear. Thanks to Count Dooku and General Pong Krell, it's not unheard of for a Jedi to go rogue when their beliefs are no longer in line with the Jedi Order as a whole. And yet...all those who wander are not entirely wrong. It's a dark time for the Jedi, and their participation in the Clone War has already pushed them, inch by inch and battle by battle, ever closer to the edge of sacrificing their beliefs.

As the clues are gathered, and the droid and his kind unearth damning evidence of nano-droid technology, it would seem the culprit is the wife of a peerless munitions expert who fed her husband the necessary components to turn him into the bomb.

Letta Turmond appears to be a terrorist, pure and simple, so disillusioned and radicalized by her beliefs that she would kill her own husband to prove a point.

Next up: Come back next Thursday when Ahsoka becomes a fugitive of the Republic in "The Jedi Who Knew Too Much."