"The future has many paths -- choose wisely." Tasked to protect Senator Padmé Amidala during a political mission to Alderaan, Padawan Ahsoka Tano is plagued by recurring visions of recently-deceased bounty hunter, Aurra Sing. Unable to clear her mind, Ahsoka worries that the stress of conflict is finally getting to her until her visions indeed prove prophetic. Padmé narrowly avoids death when Aurra Sing attempts to assassinate her. Together, Padmé and Ahsoka trap the hunter, and Ahsoka discovers the true villain behind the plot to kill Padmé: the incarcerated gangster, Ziro the Hutt. 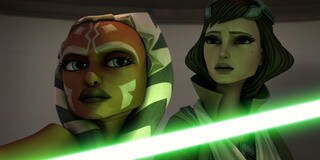 The Clone Wars Rewatch: Ahsoka Versus the “Assassin”

Always in motion is the future. 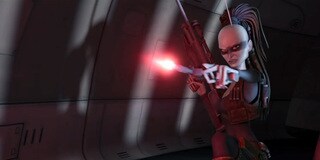 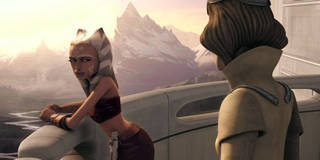 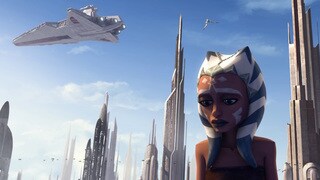 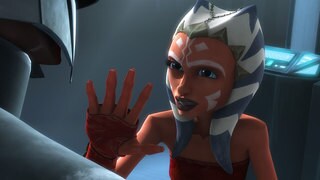 Ahsoka is assigned to teach a class at a leadership academy on Mandalore. Soon after she arrives, Duchess Satine's zealous nephew -- Korkie -- and his classmates uncover a nefarious plot. Prime Minister Almec is revealed to be an active part of the black market conspiracy on Mandalore, and he attempts to permanently silence Duchess Satine and the cadets before they expose his corruption. Ahsoka and the cadets defeat Almec before he can succeed. 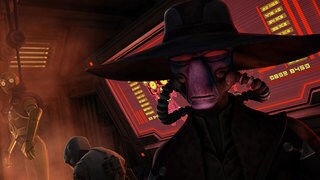 In the middle of a routine shopping trip on Coruscant, C-3PO is abducted by the bounty hunter Cad Bane. Bane is looking for information about the Senate building on behalf of Jabba the Hutt. Finding C-3PO devoid of useful information, Bane and his accomplices kidnap R2-D2 and extract the vital data, before memory-wiping the droids of the incident, and letting them on their way. The floor-plans and security details of the Senate building are part of a plot engineered by the Hutt families to free their imprisoned brother, Ziro the Hutt, who holds potentially damaging information about Hutt activities.