"The swiftest path to destruction is through vengeance." Troubled by Asajj Ventress' growing prowess with the dark side of the Force, Darth Sidious commands Count Dooku to eliminate her. But Ventress survives Dooku's assassination attempt, and the jilted former apprentice vows to take revenge, enlisting the aid of her kinswomen -- the mystical Nightsisters -- in her sinister scheme. Mother Talzin, leader of the Nightsisters, veils Asajj and her fellow assassins in a cloak of invisibility, and they infiltrate Dooku's palace on Serenno. Though they fail to kill the Count, their use of captured Jedi lightsabers leads Dooku to mistakenly believe that the Jedi have tried to kill him. Interested in protection, he requests a new apprentice from Mother Talzin. 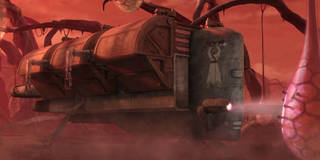 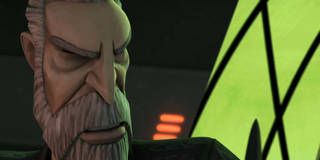 Asajj Ventress and two Nightsister accomplices attack Count Dooku under the veil of invisibility and the aid of a tranquilizing dart. Dooku's advanced skills in the Force, however, make him a formidable opponent. Padmé, Bail Organa and Onaconda Farr attempt to rally Senators in opposition to a bill that would appropriate funds for millions of new clone troops and have disastrous financial consequences for the Republic. Their opposition to the measure, however, soon makes them targets for intimidation and attacks by hired guns. After escaping two hired thugs -- Chata Hyoki and Robonino -- in a harrowing speeder bike chase, Padmé is able to sway the Senate with a stirring account of how the war has affected an everyday civilian, her handmaiden Teckla Minnau. 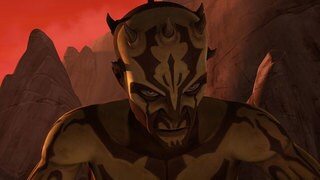 When Count Dooku calls upon the Nightsisters seeking a replacement for Ventress, she and her kin seize the opportunity to exact revenge. Ventress visits the far side of Dathomir and the males of the planet seeking the most brutal and powerful warrior among them. Talzin has Asajj secretly select a warrior from the distant Nightbrother village: Savage Opress. With the power of dark magic, Talzin transforms Savage into a hulking warrior ultimately loyal to Asajj. She then delivers Opress to Dooku, where he will serve as his secret Sith apprentice in a plot to overthrow Darth Sidious.