"Fighting a war tests a soldier's skills, defending his home tests a soldier's heart." The Republic learns of an impending Separatist attack on Kamino, and Anakin and Obi-Wan hurry to the planet. After the Republic repulses the Separatists' diversionary assault, the real attack begins. Asajj Ventress, General Grievous and an army of droids rise out of the oceans, bent on destroying Kamino's clone production facilities. Rex, Cody, Fives and Echo lead the clones in a desperate defense of their home planet. 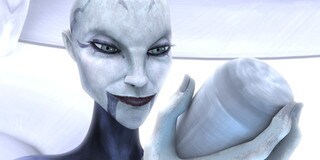 The Clone Wars Rewatch: 99 and the “ARC Troopers”

Cadets and clone troopers join together to defend their home world of Kamino. 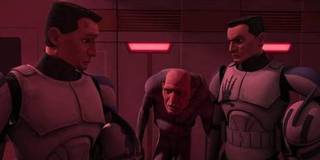 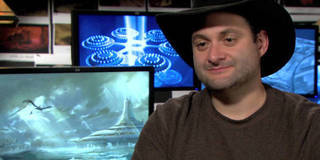 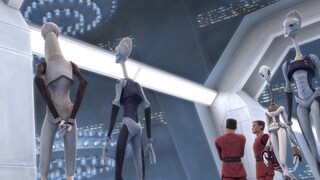 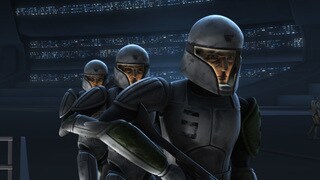 Five headstrong clones struggle to complete their training on Kamino. These cadets -- Hevy, Cutup, Droidbait, Fives and Echo -- seem to be a "bad batch" and are unable to work as a team. As Shaak Ti and drill instructors Bric and El-Les debate the cadets' fate, the clones learn to work together and accept their destiny as soldiers. Ryloth is under siege. Trapped on the surface, Jedi Master Di rallies the local forces with the help of Cham Syndulla. Desperate to save them, the Jedi Council dispatches Senator Bail Organa and Representative Jar Jar Binks to the planet Toydaria, where they are to convince the neutral regent, King Katuunko, to send aid to Ryloth. Bail and Jar Jar must convince Toydaria that their cause is just -- before it's too late. Trade Federation envoy Lott Dod attempts to prevent the Toydarians from giving up their neutrality. Katuunko follows his conscience and secretly aids the Republic, which Jar Jar is able to keep secret from the snooping Trade Federation agents with his inimitable distractions.