"He who surrenders hope, surrenders life." Before the Jedi can leave Mortis, the Son takes Ahsoka captive in an attempt to entice Anakin into joining him to use their combined strength to overpower his Father and Sister. To this end, the Son casts Ahsoka under the spell of the dark side. Meanwhile, the Father attempts to stave off a disastrous showdown between his children and maintain the Force's increasingly precarious balance on the planet. Fearing that the Son may be unstoppable, the Daughter does the forbidden by taking Obi-Wan Kenobi to the Altar of Mortis, wherein is kept the Dagger of Mortis, a weapon capable of killing a Force-wielder. The Son steals the weapon, and attempts to use it against his Father to steal his power and end his rule, but the Daughter sacrifices herself, placing herself in front of the blade. The Clone Wars Rewatch: Evil and the “Altar of Mortis”

The dark side threatens to consume Ahsoka while the Daughter makes the ultimate sacrifice. 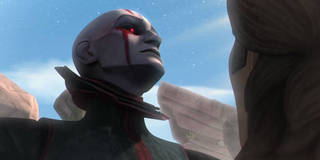 It's true, what they say See the episode online here at StarWars.com, then go behind-the-scenes of Altar of Mortis with supervising director Dave Filoni. 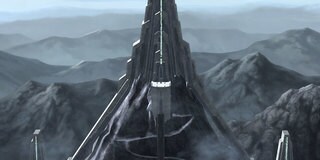 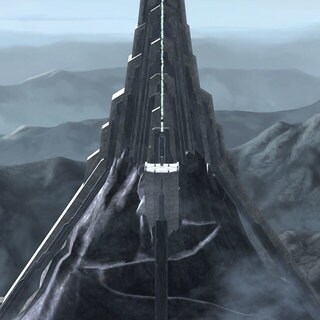 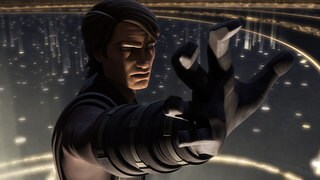 A mysterious force draws Anakin, Obi-Wan and Ahsoka to a distant planet, and its inhabitants -- a family of exceptionally powerful Force-wielders -- in an attempt to determine whether Anakin is truly the Chosen One. The patriarch of this family, known only as the Father, has spent ages maintaining the balance between his Daughter, who is strong with the light side of the Force, and his Son, who aligns with the dark. The Father reveals his days are numbered, and he seeks Anakin to take his place as the fulcrum of this balance. A series of tests proves that Anakin is capable of controlling both offspring, as the Father does, but Skywalker refuses to take the Father's place. The Jedi remain stranded on Mortis, and the Son, aligned with the dark side of the Force, renews his efforts to convert Anakin as the Jedi prepare for a decisive confrontation. Anakin is stunned by images of his dark future. The Son promises him the power to avert this destiny. The Father recognizes that the Son has broken the rules of time. He wipes Anakin's memory of these future visions, and steals the Mortis Dagger to end the conflict. The Father impales himself, thus preventing the Son from stealing his power. The Son, stunned by this, is run through by Anakin. With all three Force-wielders destroyed, the imbalance in the Force disappears on Mortis. The three Jedi are transplanted back to the galaxy proper, apparently at the moment that they disappeared.