Who Is Mother Talzin?

One of Star Wars’ most fearsome foes isn’t a monster or a Sith, but a mother scorned.

Star Wars has more than its fair share of horror. From the slithering, mind-reading Mairans like Bor Gullet to the writhing rathtars to the Emperor himself, there are terrors lurking in just about every corner of the galaxy far, far away. But there is one formidable adversary to both Jedi and Sith alike who is not only terrifying, but unafraid to take on Palpatine directly: Mother Talzin.

A miasma of supernatural green energy snakes from her fingertips as she wields a powerful dark magick. Who is this witch of Dathomir? And why is she an important figure in the Clone Wars? In the spirit of Halloween, let’s meet Talzin and explore the role she played in a galaxy at war.

The Origins of Talzin 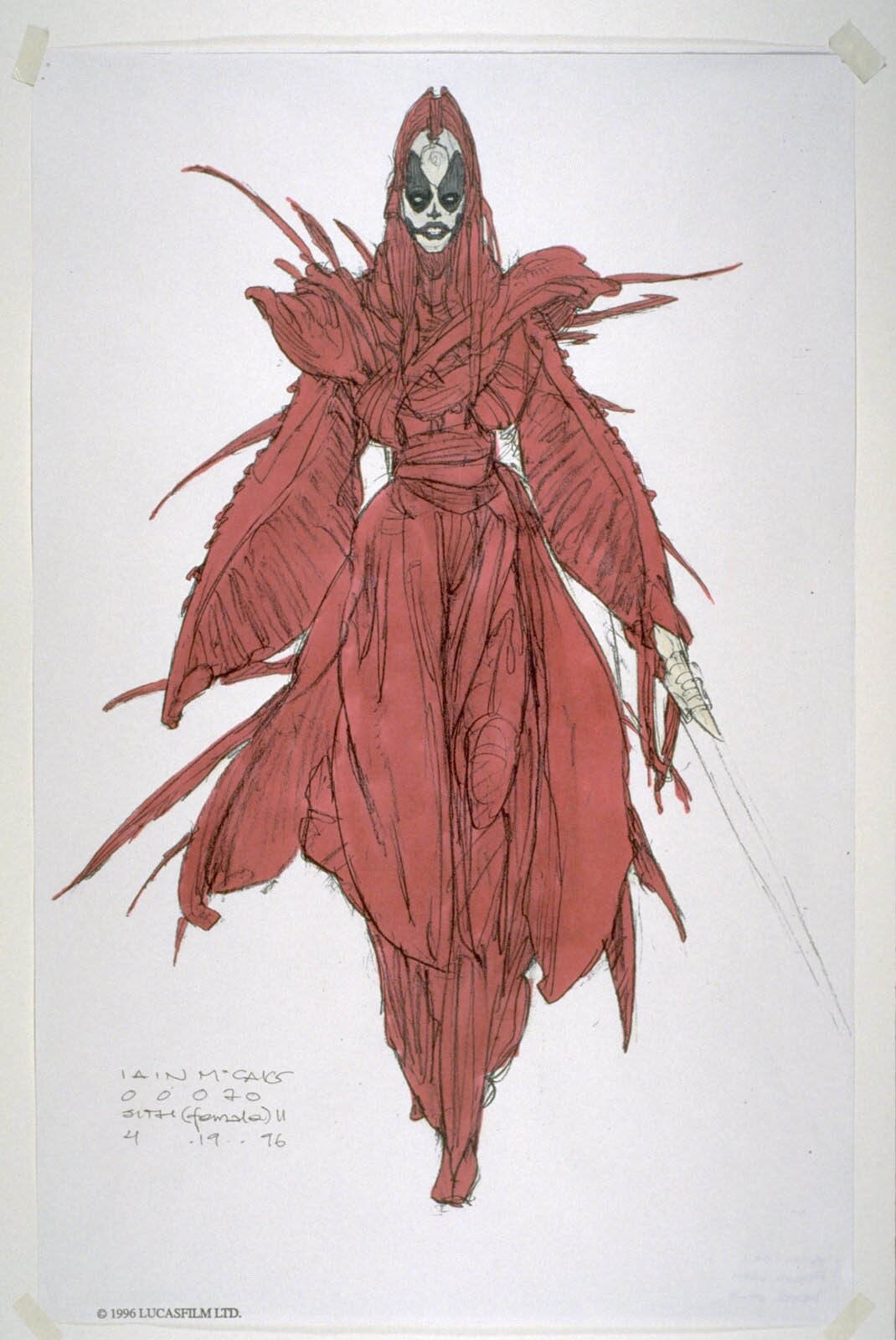 Mother Talzin’s appearance is based on Iain McCaig’s original concept art for the villain of Star Wars: The Phantom Menace, a foe who would eventually be realized as Darth Maul. (Talzin and Maul’s lives have been intertwined since the very beginning, it would seem.) But Talzin herself didn’t appear until 2011 in an episode of Star Wars: The Clone Wars called “Nightsisters.”

In the Season Three episode, Asajj Ventress returned to her home planet of Dathomir after being grievously injured by Count Dooku. Appearing in the dark forest like a red-robed wraith to greet her, Talzin makes a striking entrance and gives Ventress a surprisingly warm welcome, deeming her a fellow Nightsister. As the leader of the Nightsisters, the warrior women of Dathomir, Mother Talzin trained these wielders of mysterious dark magicks. She soon swayed Ventress to join her on a quest for vengeance against Dooku -- and her true, hidden goal, the destruction of his master, Darth Sidious.

A Quest for Vengeance

After Ventress failed to kill the Count, Talzin switched tactics and offered a new apprentice to repay a debt to Dooku, who didn’t suspect her involvement in the assassination attempt. Together with the Nightsisters, Talzin used magick to transform her own son, a Nightbrother named Savage Opress, in both body and mind. He became immensely powerful and brutally strong. Opress was bound to Talzin’s will, and she waited for the right moment to use him to strike Dooku down.

The epic confrontation finally came in The Clone Wars episode “Witches of the Mist.” When he was commanded to destroy Dooku, the conflicted Opress turned on both Count Dooku and Asajj Ventress and was overpowered by the Sith Lord. He fled to Dathomir where Talzin told Opress that he had a brother, releasing the hulking Savage on a new quest to bring home his kin to continue their quest for vengeance.

Her other son’s name? Maul.

The Return of Maul

Savage was eventually successful, using Talzin’s magick to lead him to the crazed and broken shell of Maul. Savage brought his lost brother back to Dathomir, delivering him to Talzin so the magical matriarch could cure him of his madness and replace his cybernetic spider appendages with bipedal legs, restoring the former Sith to his full power at the cost of some of her own life energy. Maul, son of Dathomir, was reborn.

Talzin held a special fondness for Maul over the rest of her children; her thirst for vengeance was fueled by the inciting act of Darth Sidious taking Maul away to train as his apprentice after he recognized the youth’s connection to the Force and potential as a Sith. Feeling abandoned by the Sith after his defeat at the hands of Obi-Wan Kenobi, Maul shared in Talzin’s obsession for revenge, and together with Savage Opress they began to put their next plan into motion.

Mother Talzin resurfaced when a cult gathered the living Force from Force sensitive members of the planet Bardotta’s ruling council, the Dagoyan Masters. When Jedi Master Mace Windu and Jar Jar Binks investigated in the two-part episode “The Disappeared,” they came face to face with the terrifying Nightsister, who was using the cult to amass more power and become stronger than any Sith or Jedi. Master Windu and Jar Jar disrupted her plans and she disappeared into the ether. But her story wasn’t over. 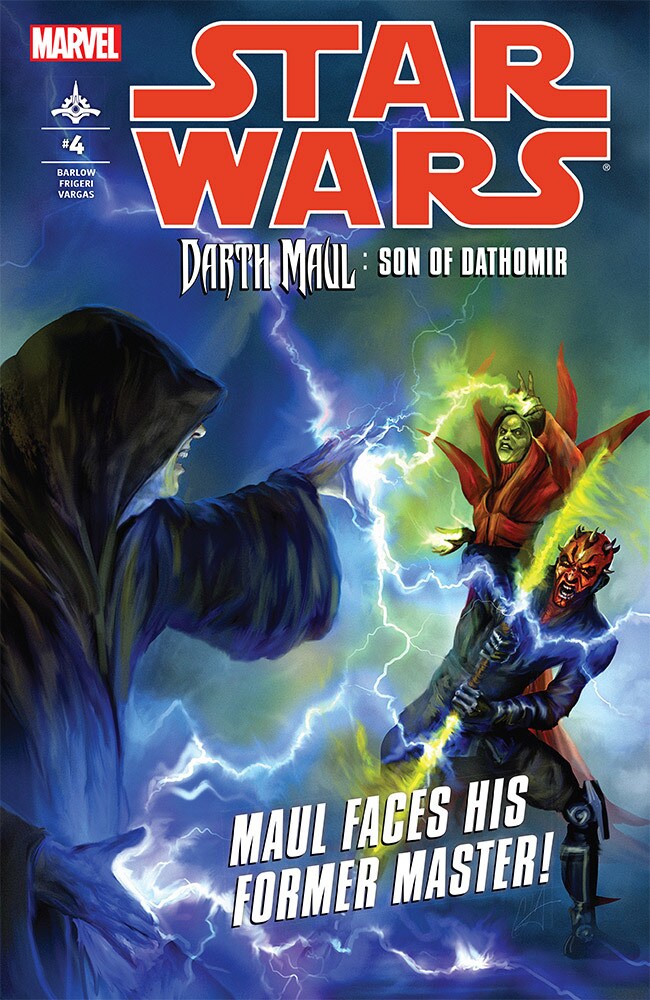 The 2014 limited comic book series Son of Dathomir revealed a glimpse at both the beginning and ultimately the end of Mother Talzin’s quest for power and vengeance. “Talzin is an older and fouler creature than you guess,” Dooku tells General Grievous in the comic. “Her power runs deep.” Darth Sidious once sought the secrets behind her magick, and the two were allies for a time until he took Maul from her.

Maul and Talzin played a strategic game with Darth Sidious, finally capturing Count Dooku and taking him to Dathomir for one last confrontation. Sidious followed to put an end to her once and for all. Talzin possessed Dooku, raising his lightsaber against his master, but proved to be no match for the Sith Lord. She released Dooku and materialized in the flesh to face Palpatine herself. 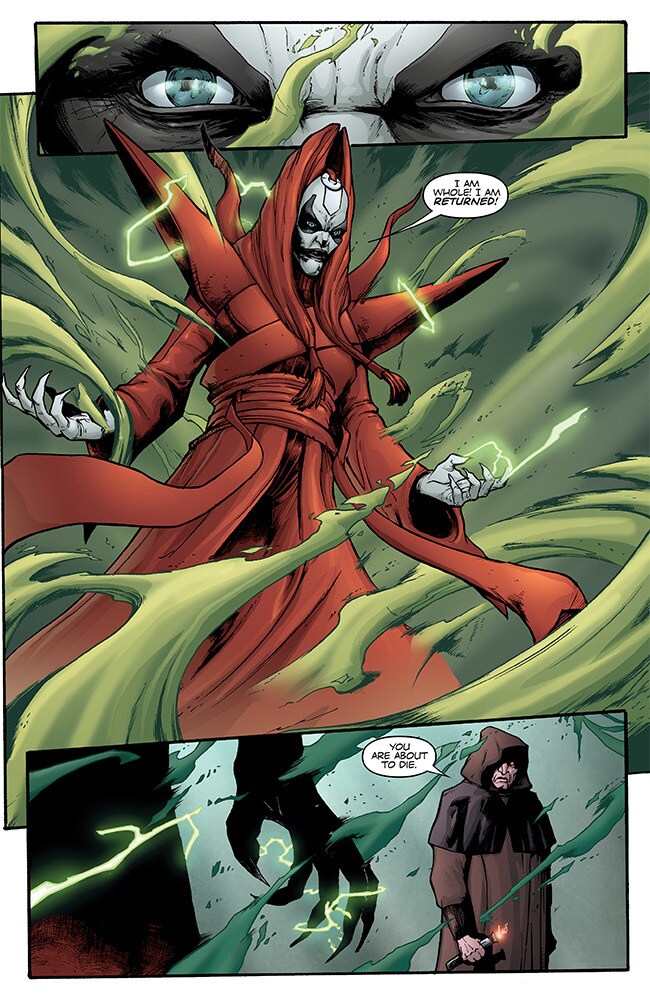 The two clashed in an explosion of power and crackling energy, the dark side of the Force versus supernatural dark magick. When Count Dooku added his own Force lightning into the fray, Talzin couldn’t stand against their combined might, and chose to save her beloved son before falling to General Grievous’s blades.

Mother Talzin was a terrifying wielder of dark magick, willing to do whatever it took to amass power, but also a mother and fierce protector of her people. The mother of all witches of Dathomir remains one of the most frightening figures in Star Wars, consumed by vengeance and ruthless in her pursuit of retribution.