The art director behind the inspired new line tells StarWars.com how a love of nostalgia led designers to reimagine Funko Pop! characters as hand-crafted snow sculptures.

The familiar wide eyes of the Funko Pop! line peer out from the latest incarnation of Jedi Master Yoda, but there's something decidedly different about this version. For one thing, those big eyes appear to be lumps of coal. And his ears? Clearly just two carrots jutting out of an impishly carved snowball head.

StarWars.com is delighted to share a closer look at the next wave of Funko Pop! bobbleheads, six Star Wars holiday-themed sculpts that will debut during Funko's Festival of Fun today: Yoda, Boba Fett, C-3PO, Darth Vader, R2-D2, and Stormtrooper.

To celebrate, we sat down with Funko art director Reis O’Brien to find out how a love of Star Wars and nostalgia led to the creation of the charming new figures, with twig-and-stone details topped off -- at least in the case of a snowy Sith Lord -- by Funko's take on a discarded bath towel and an old belt. 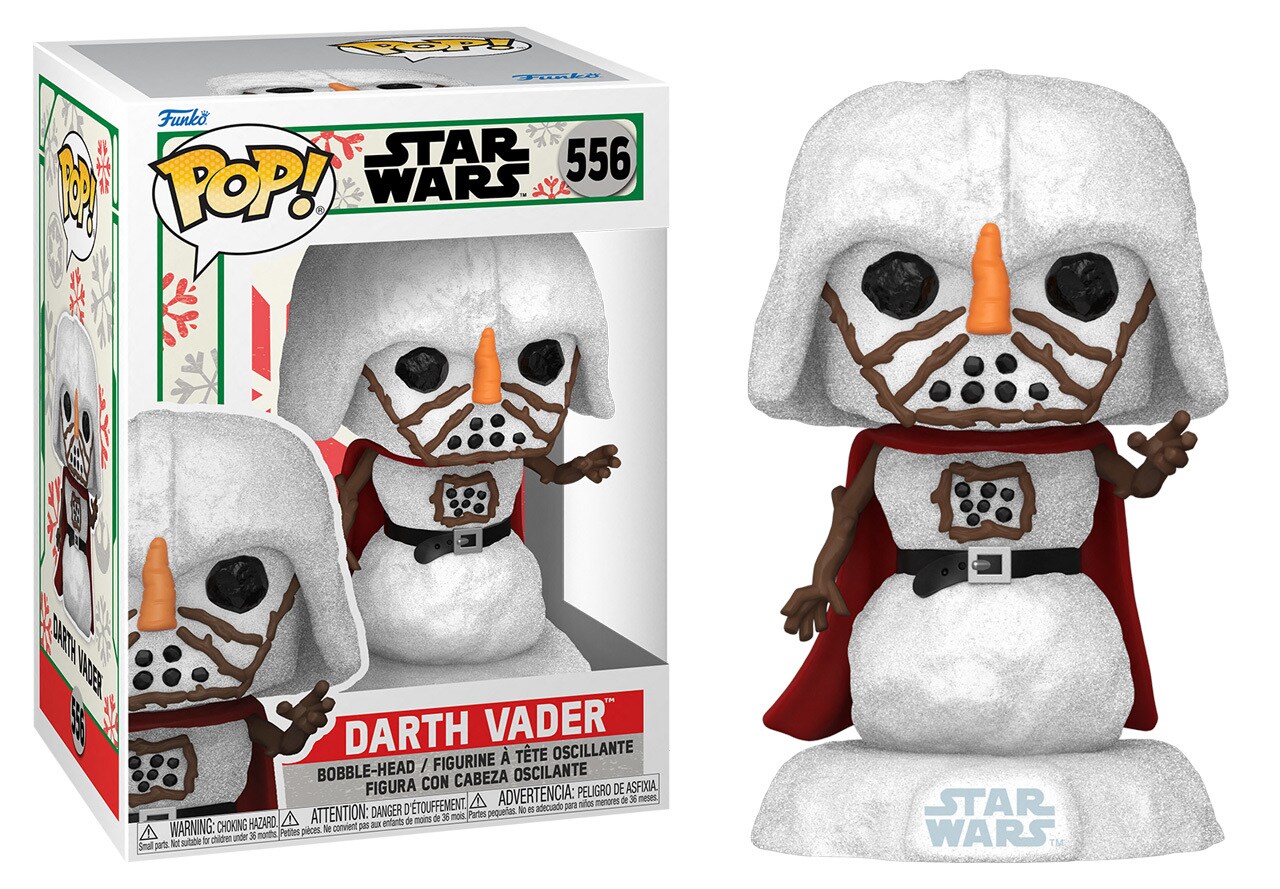 StarWars.com: We've seen pink and red Valentine's Day Star Wars Funko's, and Darth Vader brandishing a candy cane for the holidays instead of his laser sword. But these snow figures are next level! What sparked this idea?

Reis O'Brien: This all came from a “blue sky” brainstorming session we had along with Lucasfilm a few years ago. We were trying to think of a nice way of connecting the Star Wars characters with a sense of nostalgia. We talked about kids making homemade costumes, or playing with their Star Wars toys, that sort of thing. Then one of our designers did a quick sketch of what a snowman version of Darth Vader would look like and we were all yelling, “Yes! That’s it!” 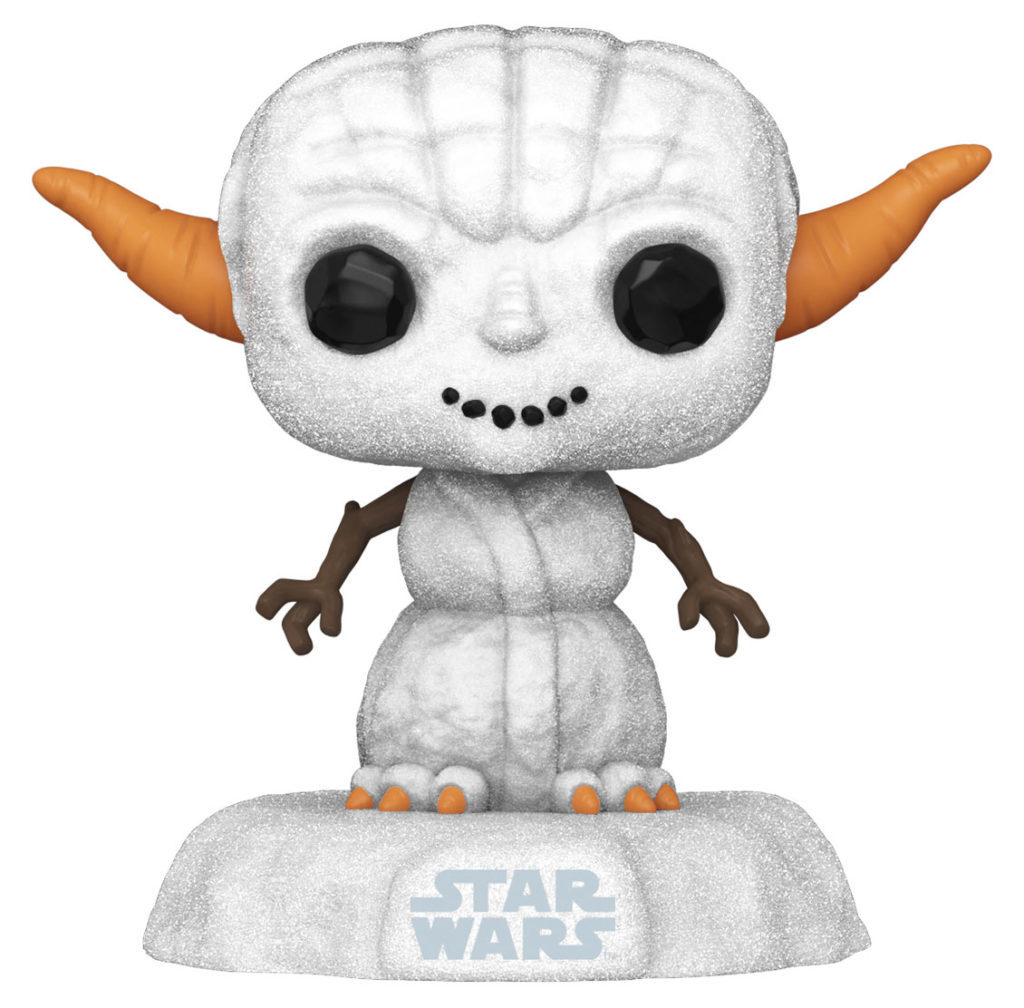 StarWars.com: There are lots of great little touches and details. What are some of your favorites on each one and, in your opinion, what specifically in the design makes it clearly read as the character it's based on? Yoda's carrot ears are inspired!

Reis O'Brien: These were all a little tricky, because you had to find that fine line between getting that snow-person look while still making each character readily identifiable. We really had to put ourselves in the shoes (or snow boots) of a little kid building this in their front yard, and so we made the decision that all of the parts and pieces had to be things they’d find around the yard; sticks, rocks, carrots, etc. 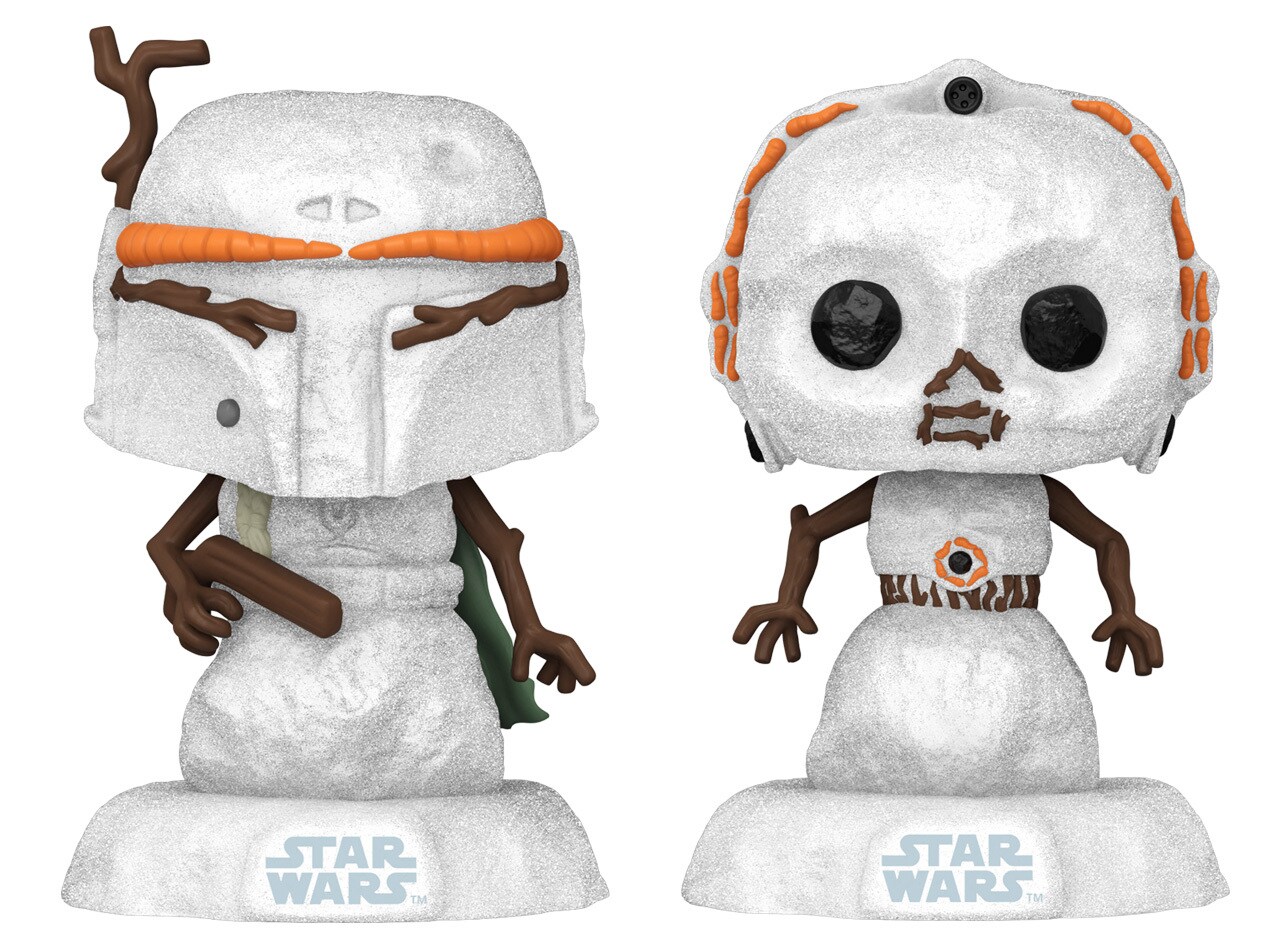 For Boba Fett, we imagined a kid finding the perfect sticks for his helmet scope and blaster.

And we pictured this kid meticulously placing tiny twigs on Threepio to represent his exposed wires. Artoo had a ton of detail, so we got to go crazy with the twig and carrot placement, but my favorite part on him are the two rocks jammed into the snow for his projector lenses. 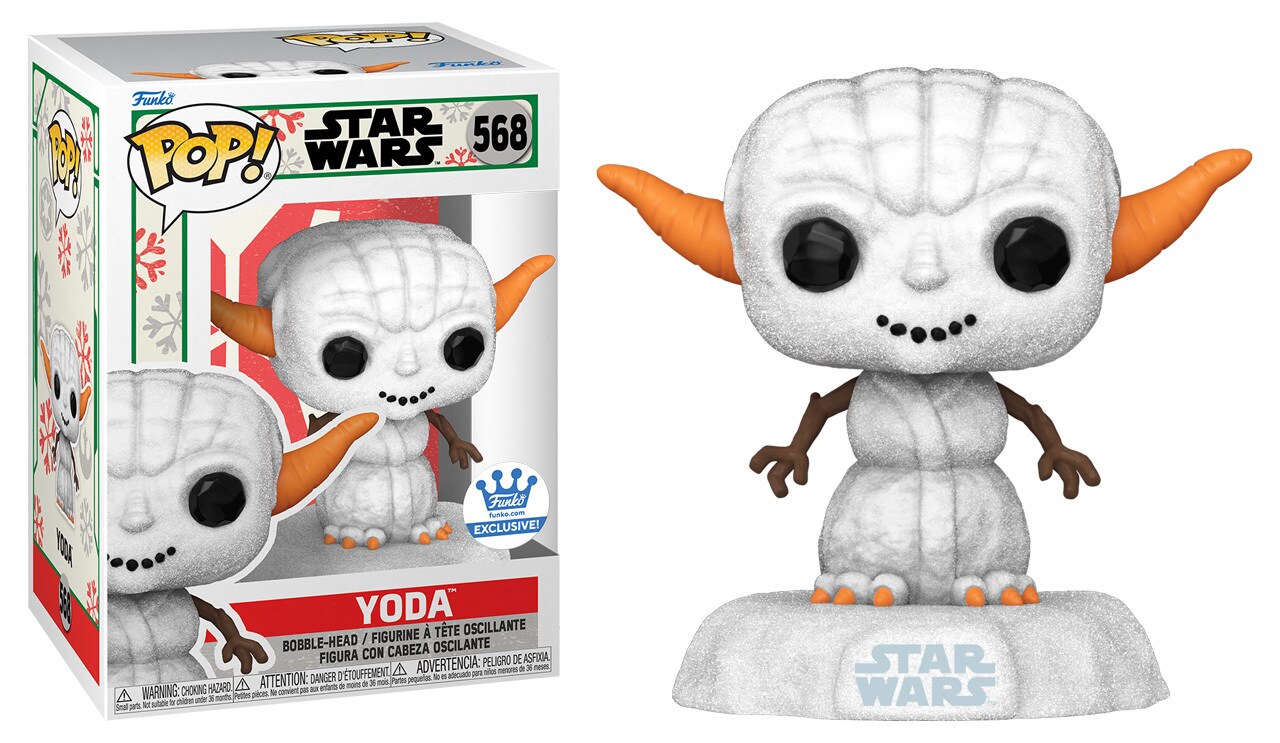 I agree, Yoda’s giant carrot ears are a stroke of brilliance on the part of our concept designer. It made me laugh as soon as I saw it. But for Vader, we broke our rule a little bit and let the kid run into the house and borrow an old towel for the cape and their dad’s nicest dress belt. 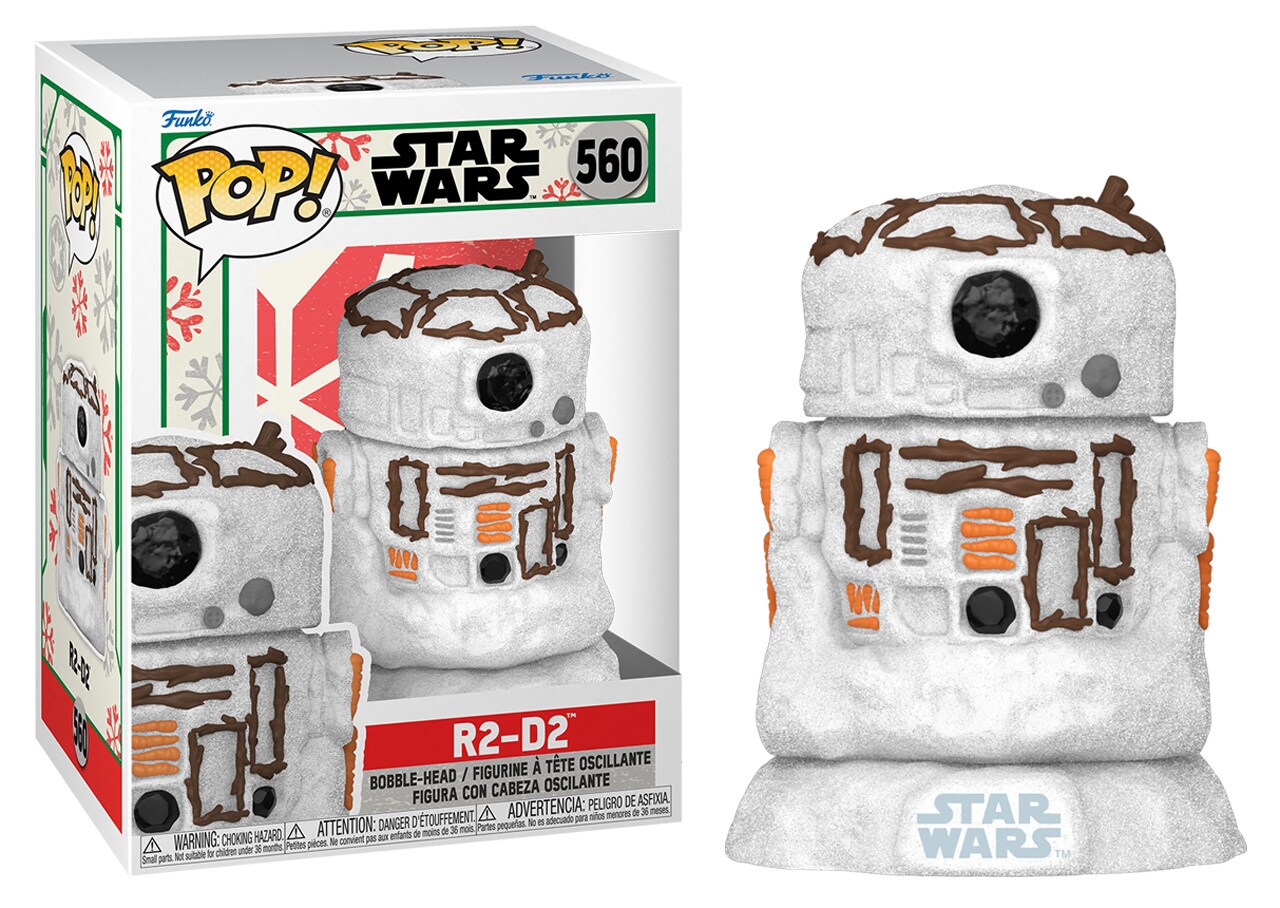 StarWars.com: Of the six, which one posed the biggest challenge and how did you solve it?

Reis O'Brien: Artoo was the trickiest, I think. The actual droid has two legs (sometimes three) with a large open space below, so we had to solve that. We couldn’t do the usual big ball of snow that typically makes up the lower portion of a snow-person because Artoo is so low to the ground. So we just had to imagine how you would pack in the snow, get a basic Artoo shape, then maybe scoop some snow away to finally find that magic sweet spot, visually. 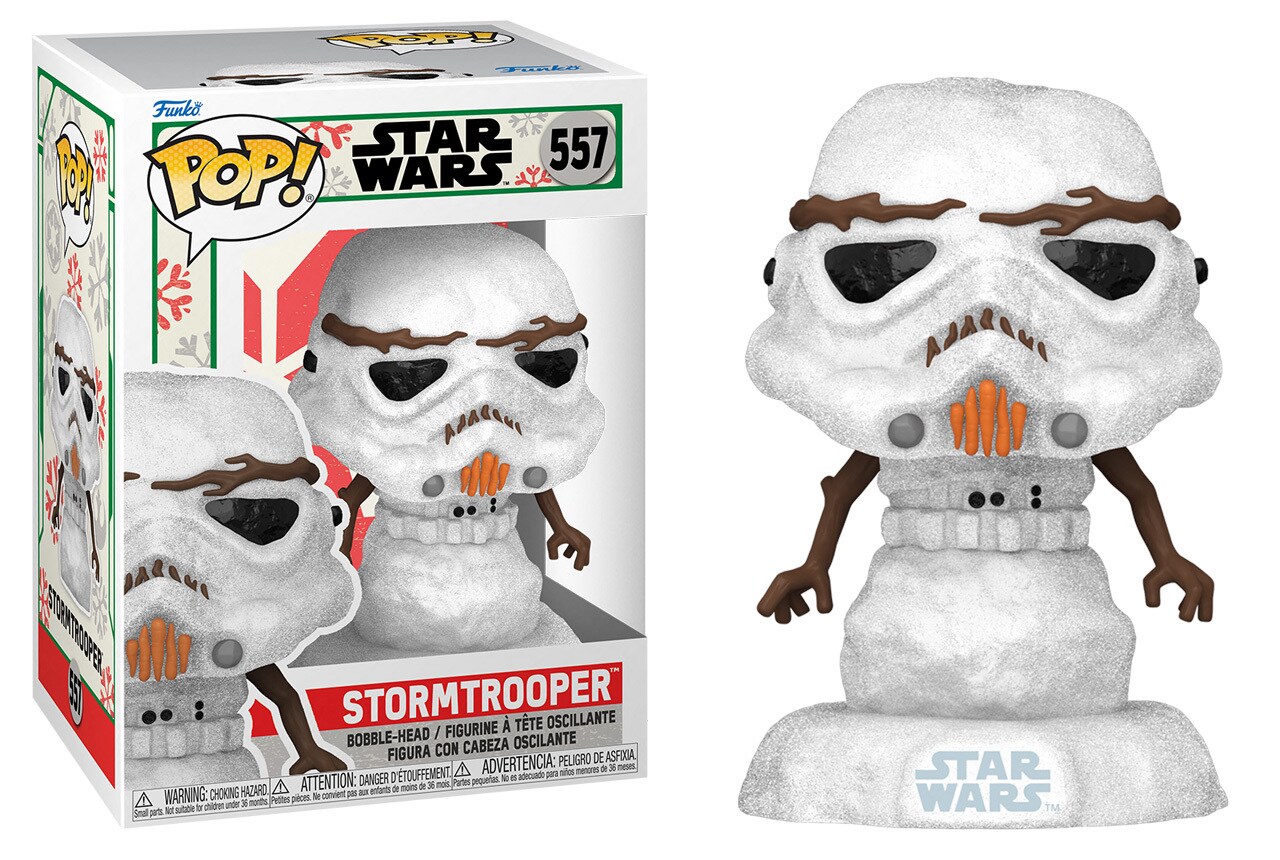 StarWars.com: Which is your personal favorite?

Reis O'Brien: My personal favorite is the Stormtrooper, but that’s mostly because I’m a bit of a Stormtrooper geek in general. I just love how we used the carrots for the front ventilator on the helmet and the big chunks of coal shaped like the helmet lenses. It totally looks like something I would have built in the snow myself as a kid.

Also, the addition of the outer glitter gives all of these that special sparkle that makes you think of fun snowy days.

StarWars.com: Are you planning any additional snow figures in the future?

Reis O'Brien: You always want to kick off a new line with your heavy hitters. And we  have a loose rule with new Star Wars form factors -- we always want to show a droid, a helmeted/armored character, and an alien in the first go. That way, you get a good sense that this new style will work with everything Star Wars throws at you. Seeing our first lineup, I have no worries at all that we can translate any Star Wars character into a charming snow sculpture.

As for future waves, you’ll just have to wait and see. But I’ll tell you one thing, if you like these Pops!, you’re definitely going to want to get your hands on the advent calendar! I can’t say anymore.