Funko’s senior designer digs into the details of what makes the new collectibles, from the seventh and final season of Star Wars: The Clone Wars, different from previous incarnations.

As fans around the world celebrated the release of the final episodes of Star Wars: The Clone Wars earlier this year, the design team at Funko was putting the finishing touches on a new line of Pop! bobbleheads. Just as the seventh season showcased a sleeker animation style and more mature characters, as the story edged closer to the events of Star Wars: Revenge of the Sith, their adorable mouthless counterparts were imbued with a subtle evolution from earlier renditions.

“The paints on the Pops needed to feel like they properly represented the rendered animation,” says Funko’s senior product designer Reis O’Brien, “which led us to many rounds of trying different techniques of weathering, paint wipes, and dry brush techniques. But it's always fun to see it all come together in the final round and go ‘That's it!’”

The new series includes all-new Pop! bobblehead sculpts of Ahsoka and Maul, as well as characters never before seen in Funko form, including one of Clone Force 99’s fiercest fighters and the Mandalorian warrior Bo-Katan. Designers have sculpted the standard Mandalorian armor for previous projects, but O’Brien says this series was different. “The subtle -- but massively important -- differences in the Mandalorian helmets and armor took a lot of tweaking to get just right,” he says. “Mandalorian helmets are deceptively simple. Raising the corner of the eye-slits too far, for example, can throw the whole thing off. And translating the helmet shapes and proportion to the classic Pop! head shape is never an easy task. So it feels like a victory every time we finally nail it.”

Here's a closer look at each piece in the series, with insights from O’Brien on every character and figure. 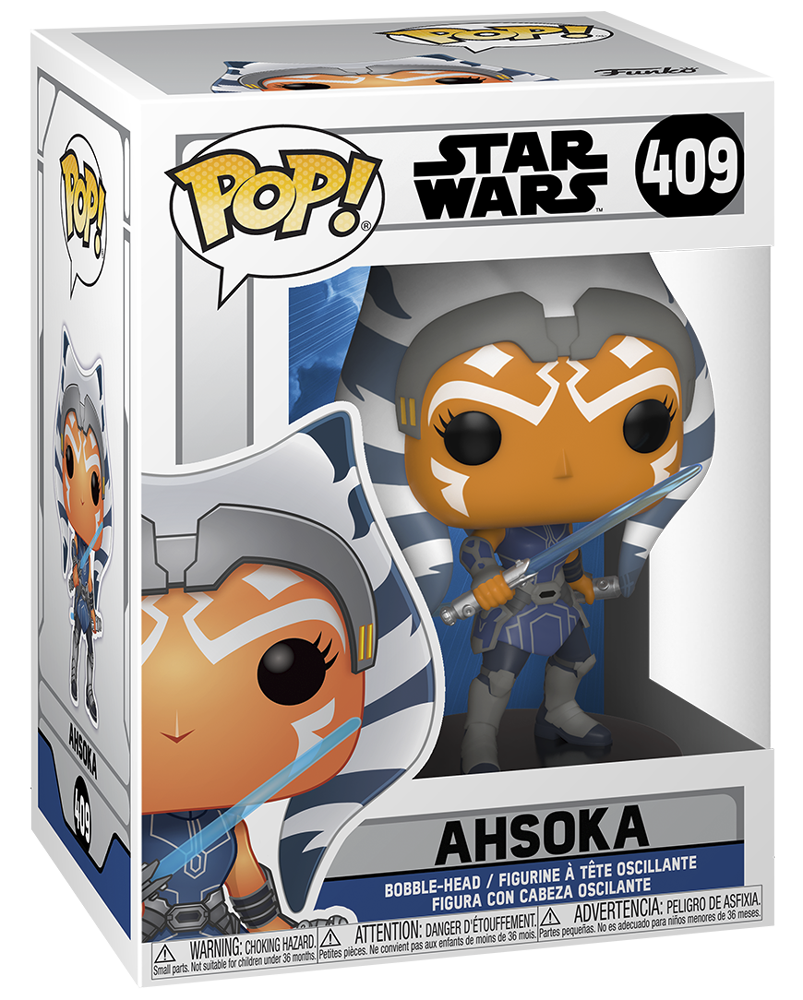 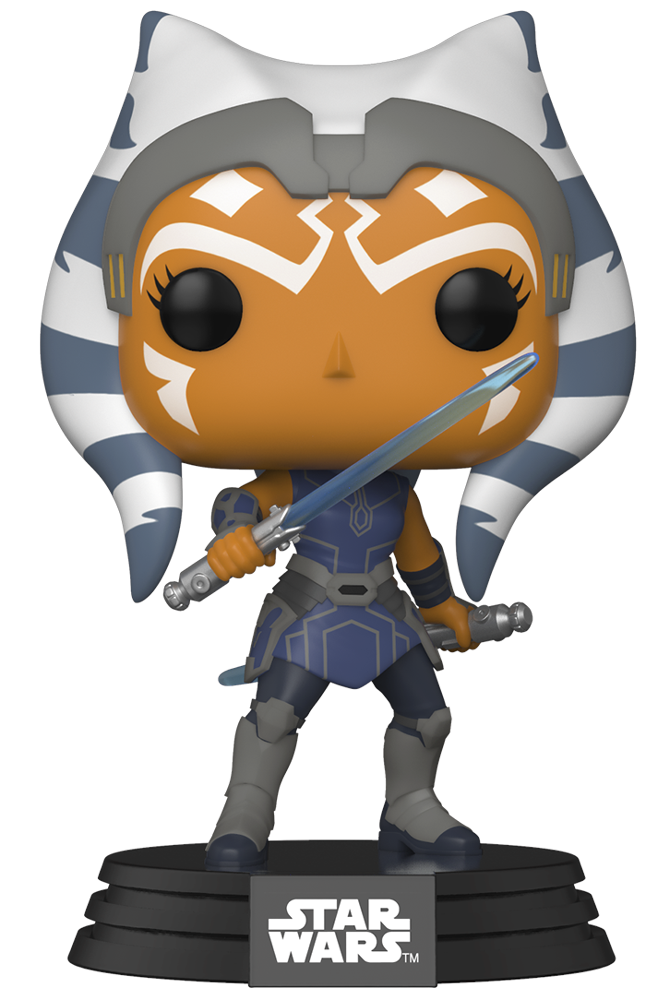 For this series, the design team aimed to push the poses and attitudes of the Pop! figures to better replicate the tension surrounding the characters at the end of the Clone Wars. “We wanted this one to have the feel of coiled tension, like she's facing danger and ready to strike,” O’Brien says of the not-quite-a-Jedi Ahsoka Tano, as she appeared in the Siege of Mandalore arc. 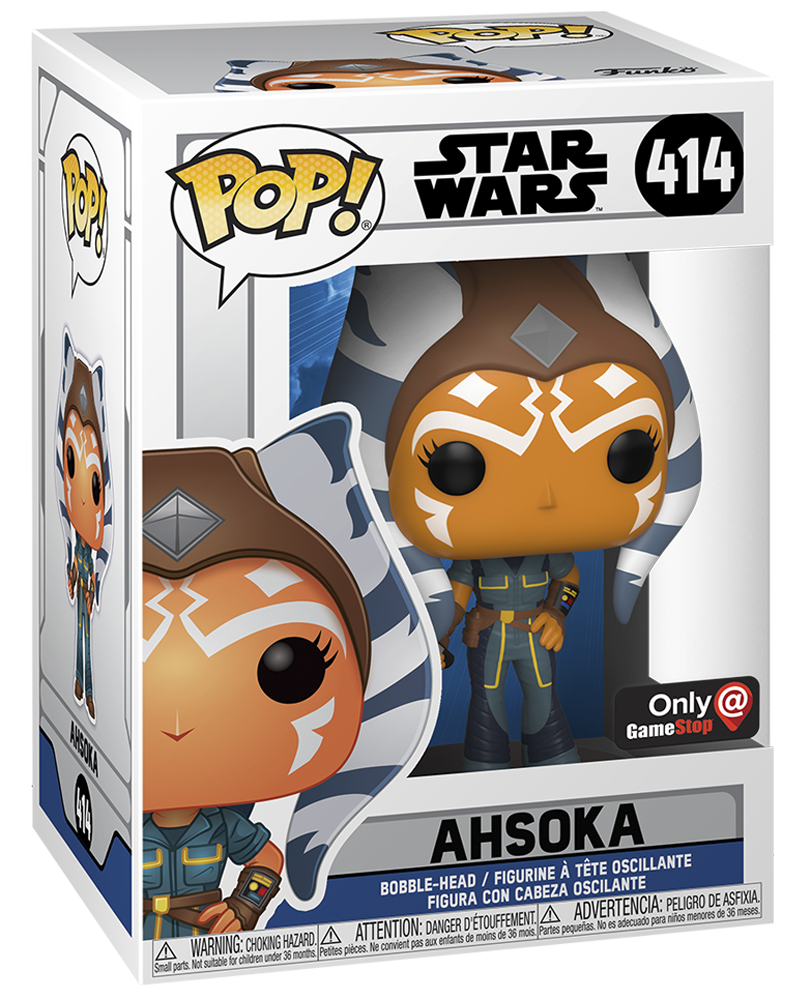 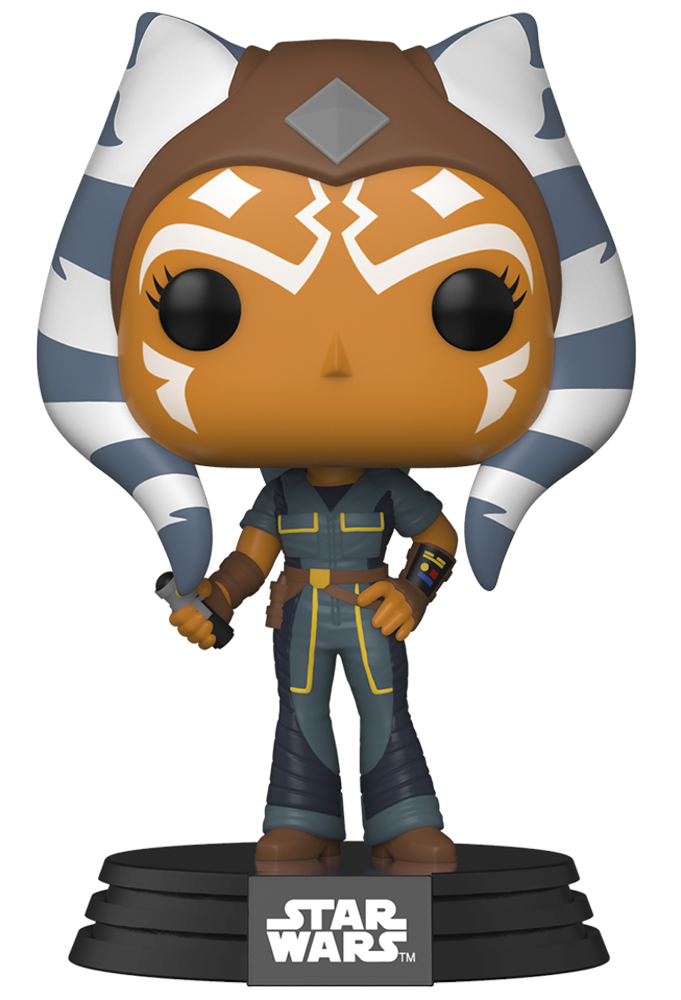 The new series also includes a more relaxed version of Anakin Skywalker’s former Padawan as she explored the depths of Coruscant and made the acquaintance of the Martez sisters. “This Ahsoka had to still feel like her character but needed to stand out from the other version in this series,” O’Brien says. “So, we relaxed her pose considerably and gave her a more casual stance.” And, of course, with those coveralls it’s easy to place this version of the fan-favorite Togruta! 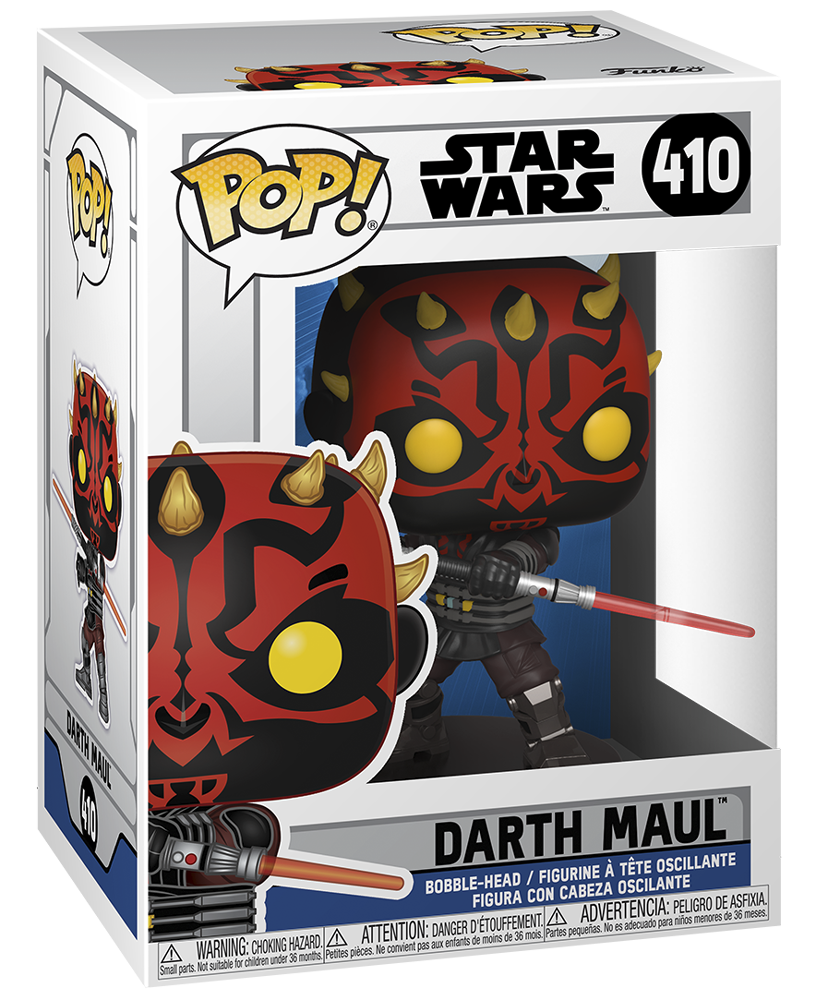 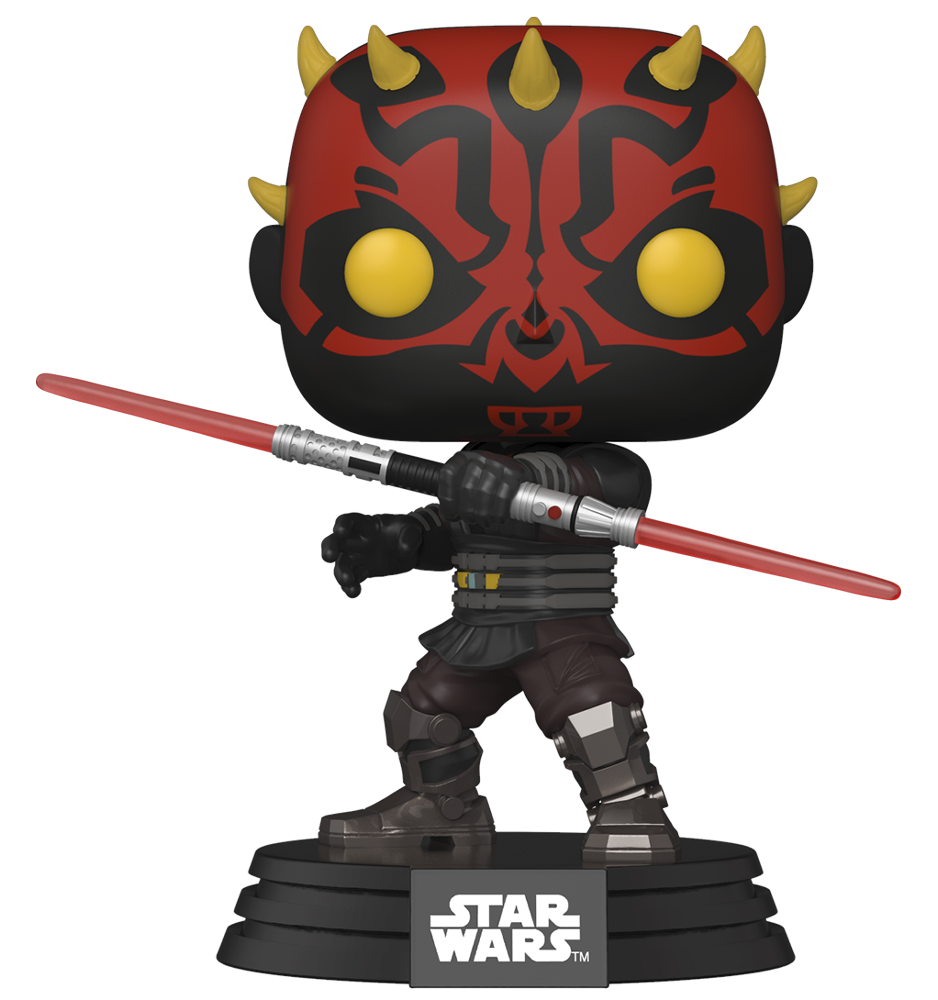 “Translating Maul in the Pop form is always tricky,” O’Brien admits. “He's the farthest thing from cute, so we're constantly pushing the boundaries of the inherent cuteness in Pops when it comes to characters like him.” Since the former Sith apprentice faces off with Ahsoka in the series, it was only right to render the Pop! version ready for battle. “We wanted his pose to feel similar to Ahsoka's, so that when they are displayed facing each other you get a bit of storytelling,” O’Brien says, “a tense moment of two foes facing each other in the few breaths before the fighting begins.” 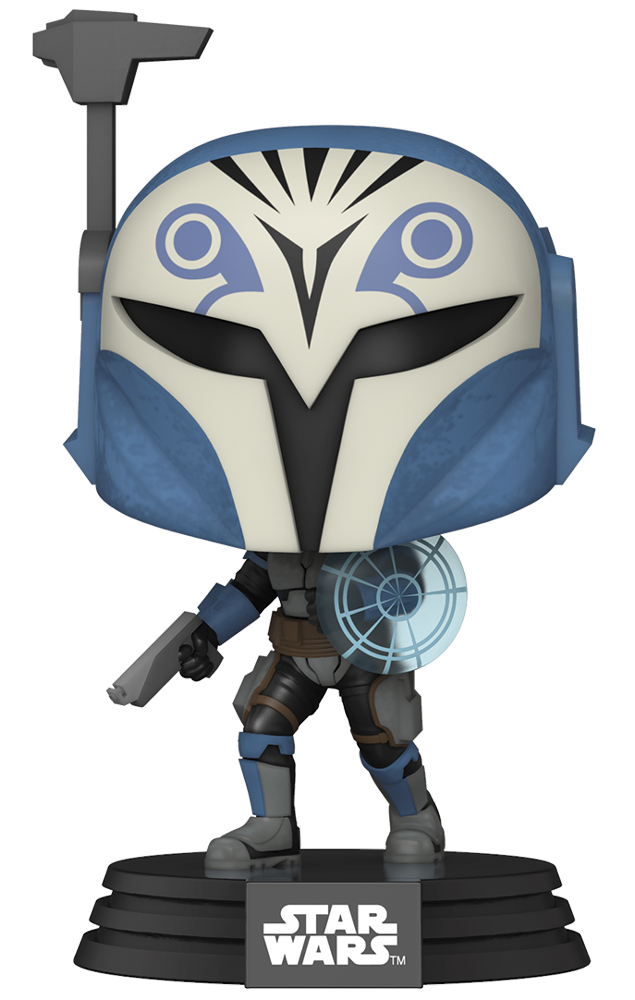 Fans have been clamoring for a Bo-Katan Funko Pop! for some time, and the character’s triumphant return to free Mandalore from Maul’s oppressive rule seemed like the perfect opportunity. “Bo-Katan was long overdue for her own Pop,” O’Brien acknowledges. “And since her character is so beloved by the fans, we wanted to make sure we did her justice. We took special care in the details of her armor and helmet to make sure she stood out on her own.” With our first look, there’s no doubt that this is fearless Lady Kryze of Mandalore. 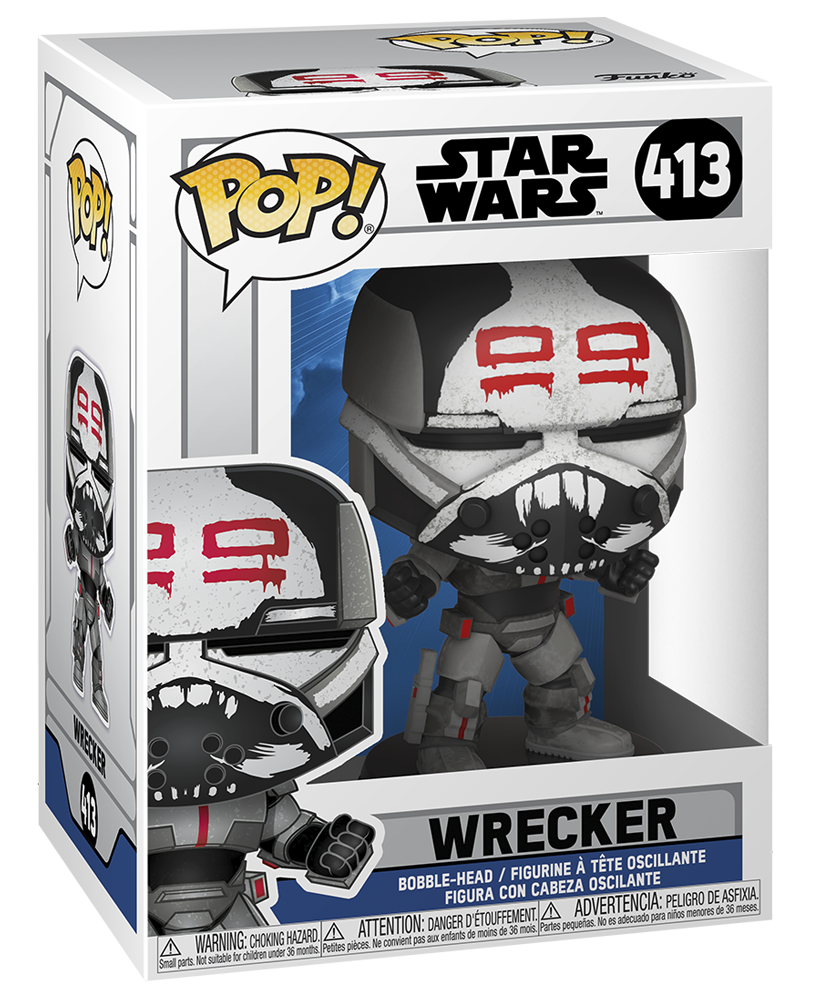 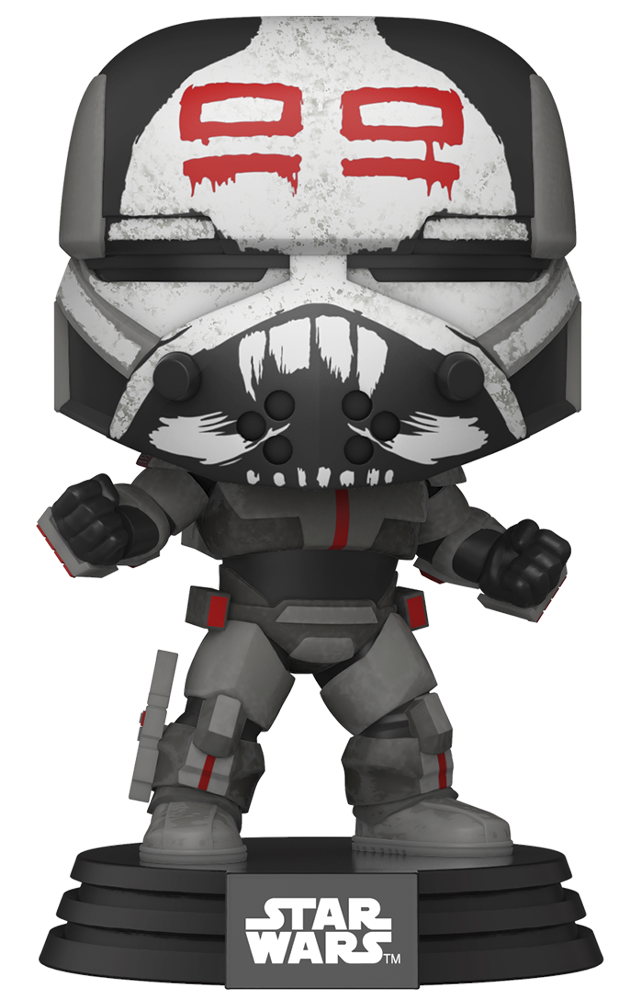 The members of the Bad Batch are no ordinary clones, and the same can be said for Wrecker’s Pop! counterpart. “It really challenged the team to push his proportions so that he felt like the bulky tank-like character that he is on the show,” O’Brien says. The paint on his armor was another problem altogether. “We had to find a way to make those brushstroke-style skull marking on his helmet look great in production using pad prints. Working through the challenges of the brushed-on graphics and seeing how great they turned out is exactly the thing a toy-lover like me geeks out on. He really turned out stunning!” 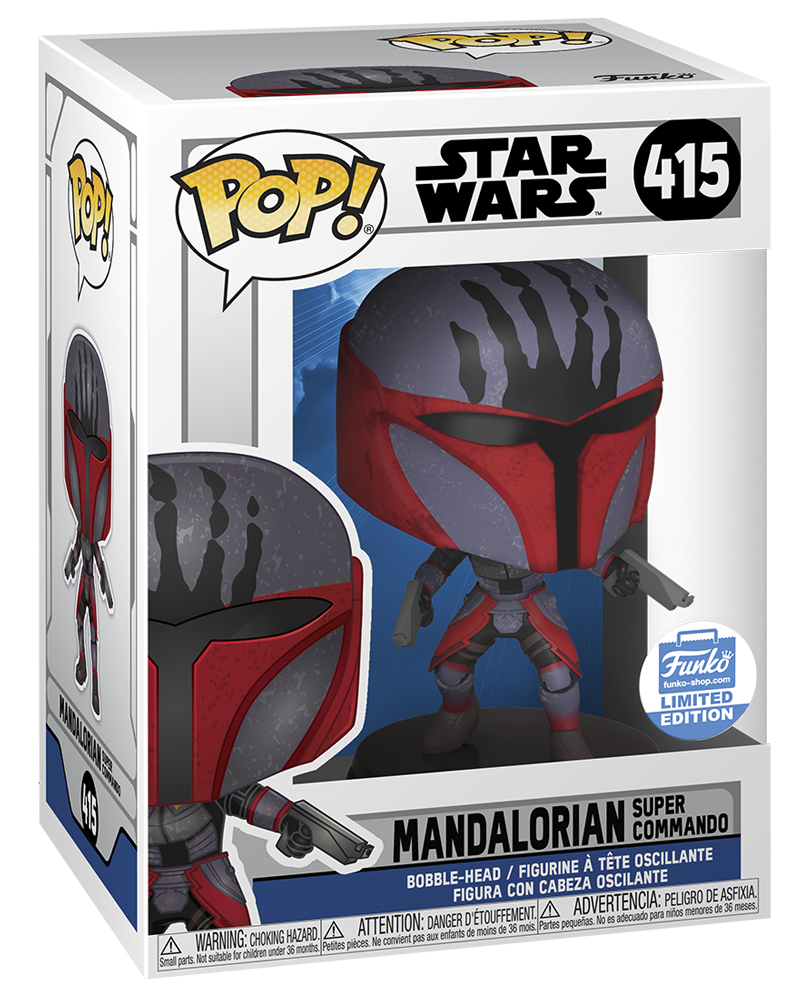 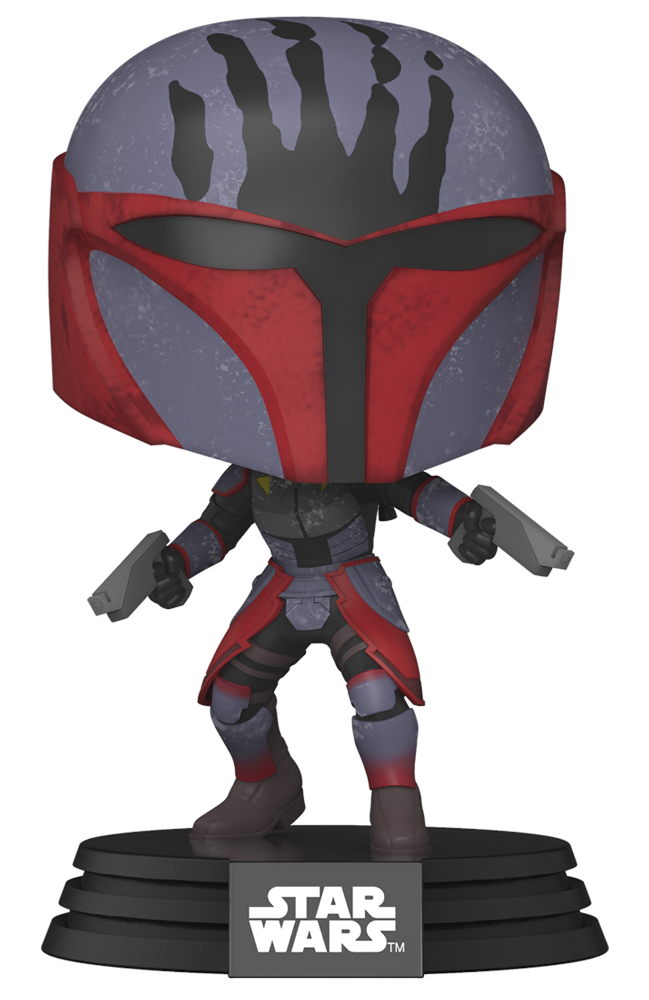 Wrecker wasn't the only figure that called for special paint application. “We spent a lot of time trying to get the weathered look of the armor just right,” O’Brien says. “These are not pristine looking characters -- in the tradition of the used universe look of Star Wars -- so it was important to us to help capture that.” 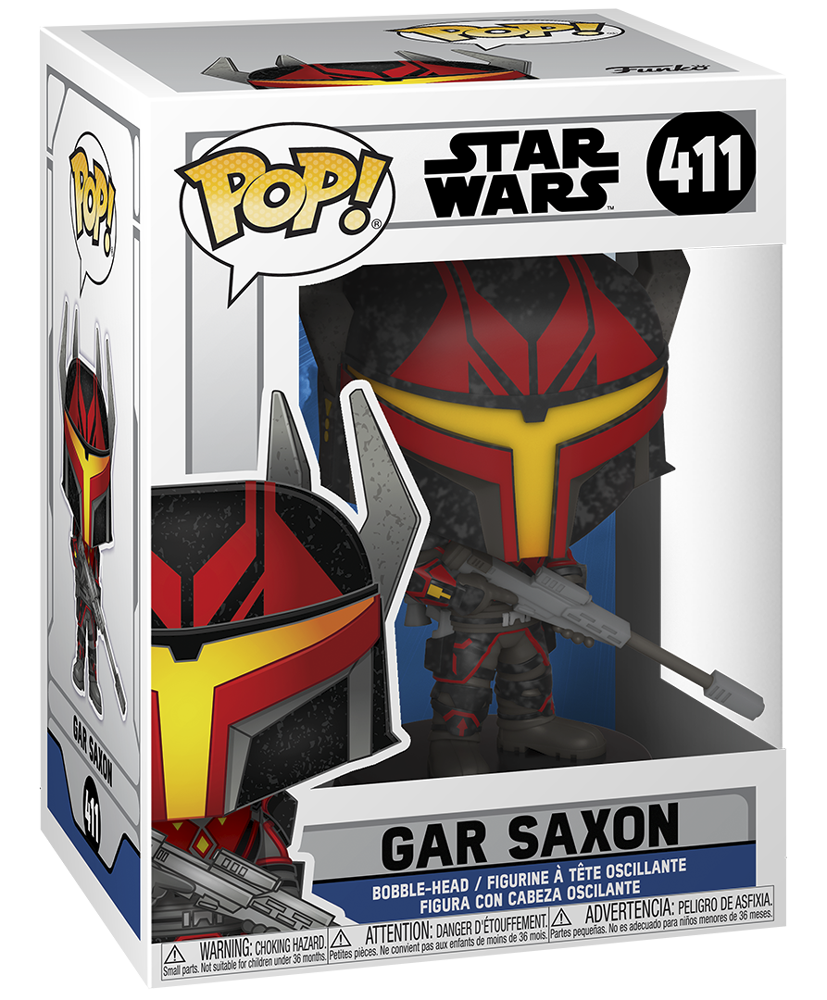 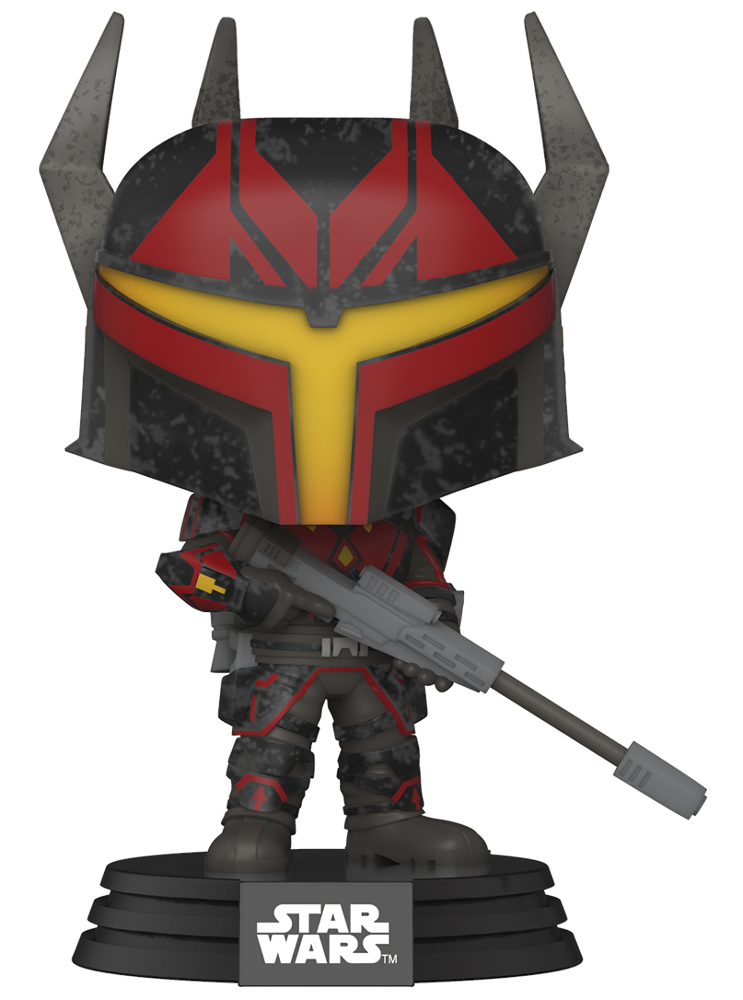 For Maul’s loyal captain, Gar Saxon, it was a delicate balance of tweaking the helmet sculpt to make it feel as if the character’s hidden eyes were piercing right through you. “This one had to be menacing, so we tweaked and nudged the angles on the helmet and visor to give it a bit of a cold stare,” O’Brien says, no small feat on an otherwise simple and elegant design. “Another new thing we did for this whole series is to try some newer dry-brush techniques to match the colorization and shading style seen in the animation.”

O’Brien is hard-pressed to pick a favorite from the enviable line-up. “Sculpt-wise, they are all amazing in my eyes. Truly a testament to our creative team,” he says like a proud parent. “But if I had to pick one, I'd have to go with Ahsoka with her lightsabers. There's just something so sublime and elegant in her pose, like a dance move frozen in time. I adore it.”

Pre-order your own Funko Pop! bobbleheads from the Star Wars: The Clone Wars second series now!

Watch the final season of Star Wars: The Clone Wars and all of your favorite Star Wars movies and series on Disney+.