6 Sith to Scare You Silly This Halloween Season

StarWars.com looks back at some of the scariest devotees of the dark side.

The Sith were the shrouded foes of the Jedi who drew power from the dark side of the Force. For over a thousand years the dark warriors harnessed their anger, fear, and hate to unleash their strength. Their goal was nothing less than limitless power. Some of them had visages so terrifying that they immediately inspire fear. Others were the stuff of chilling legends whose legacy leaves a lasting effect on the galaxy.

Here are six Sith to inspire you to dabble in the dark side this Halloween!

The ancient and powerful Darth Bane changed the very fundamentals of the Sith. He was the last warrior standing after a devastating war. Recognizing that the power-hungry Sith were more of a threat to each other than even the Jedi Order posed, he established the Rule of Two. There would be only two active Sith at a time, a master and an apprentice. They would stay hidden until the time was right to enact their grab for power.

During the time of the Clone Wars, a form of his spirit was bound to the Valley of the Dark Lords on the Sith planet of Moraband.

“I created a legacy so resilient that now you come before me,” a spectral illusion taunted Yoda.

Bane was clad in smoldering armor, mysteriously masked and helmeted, with a visage similar to Darth Vader. 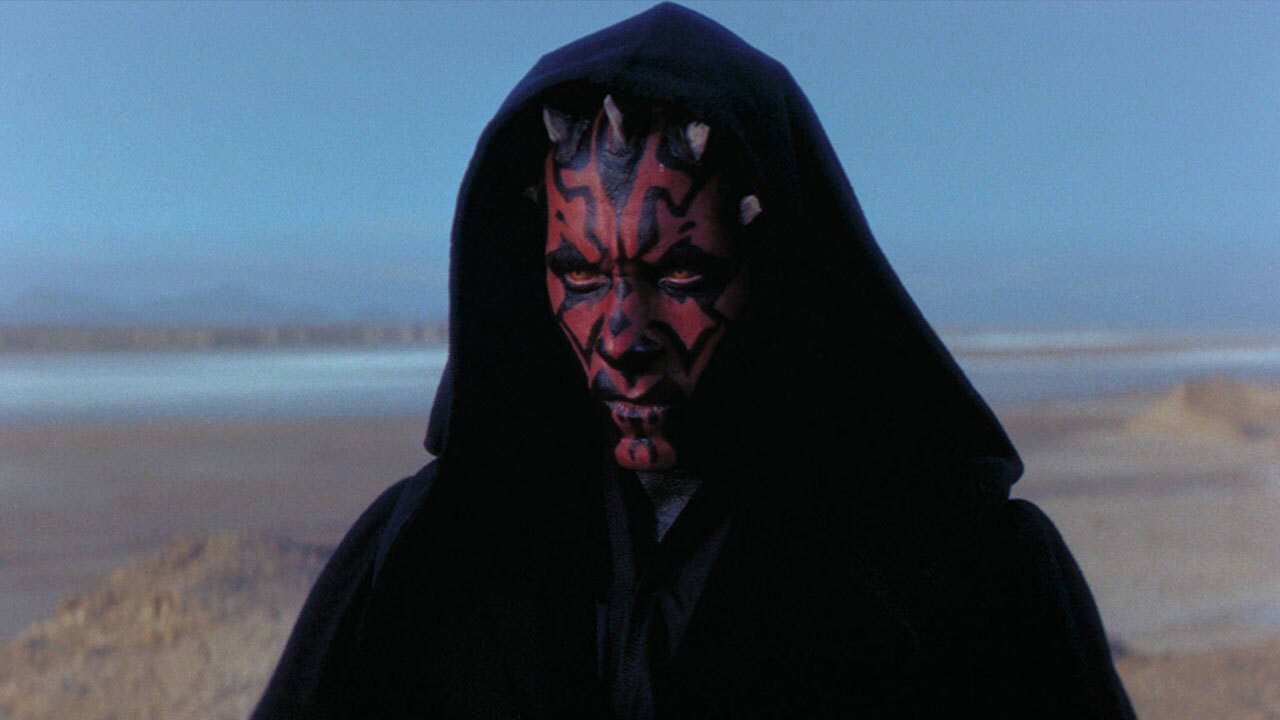 Darth Maul was the first known apprentice of Darth Sidious. The highly trained Zabrak warrior hailed from the planet of Dathomir. His master took him for apprenticeship at a very young age, and the Sith’s rage and power only grew. He was grievously wounded by Obi-Wan Kenobi after their fateful duel on Naboo, abandoned by Sidious, and brought back from the brink of madness by his family on Dathomir. His hate for Kenobi would drive him for the rest of his life. 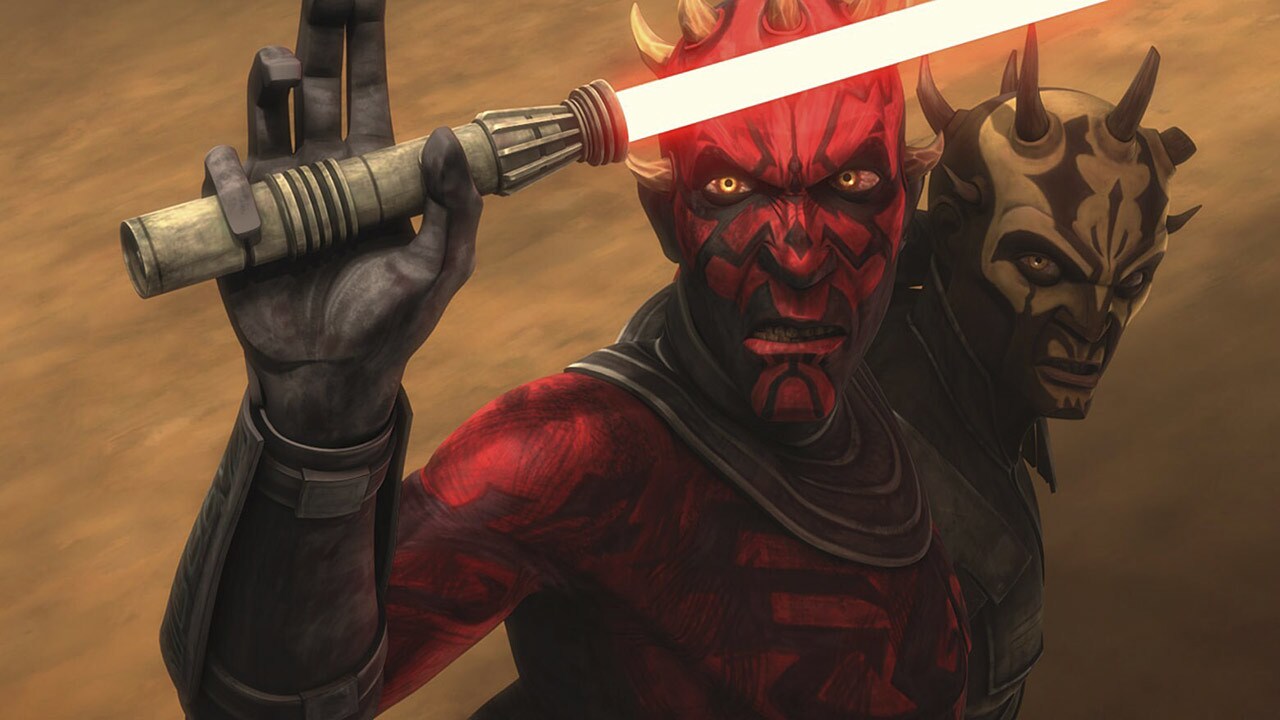 Maul and his brother Savage Opress formed a ruthless crime syndicate and eventually gained the notice of his former master. On Mandalore, Darth Sidious and Maul clashed red-bladed lightsabers in a furious fight.

“Remember the first and only reality of the Sith,” Darth Sidious sneered at him. “There can only be two. And you are no longer my apprentice.”

Sidious easily defeated both Maul and Opress. He left his former student alive, but later imprisoned him on Stygeon.

Years after Maul escaped Palpatine’s clutches, he ended up on the planet of Malachor, where he eventually crossed paths with other Force wielders. “Formerly Darth,” he told Ahsoka Tano and the Inquisitors when introducing himself. “Now just Maul.”

Lord Momin lived centuries before the Galactic Empire was established, and he was unique among the Sith. From a young age, he sought to create rather than destroy. The sculptor of the mind aimed to inspire strong reactions in those who laid eyes on his artistic abominations: disgust, terror, pain, and loathing.

“If people feel nothing when encountering something you created,” he told Darth Vader, “then you have created nothing.”

His gruesome handiwork not only resulted in his imprisonment but also attracted the attention of a Sith known as Lady Shaa. She retrieved him from the prison and took him as her apprentice. Like all Sith apprentices, in time he rose against his master and destroyed her. Momin never took an apprentice of his own, consumed by his work to build a shrine worthy of honoring the dark side of the Force. His obsessive quest bound his spirit to the helmet he wore, which made its way through the centuries into the hands of Emperor Palpatine and Darth Vader. 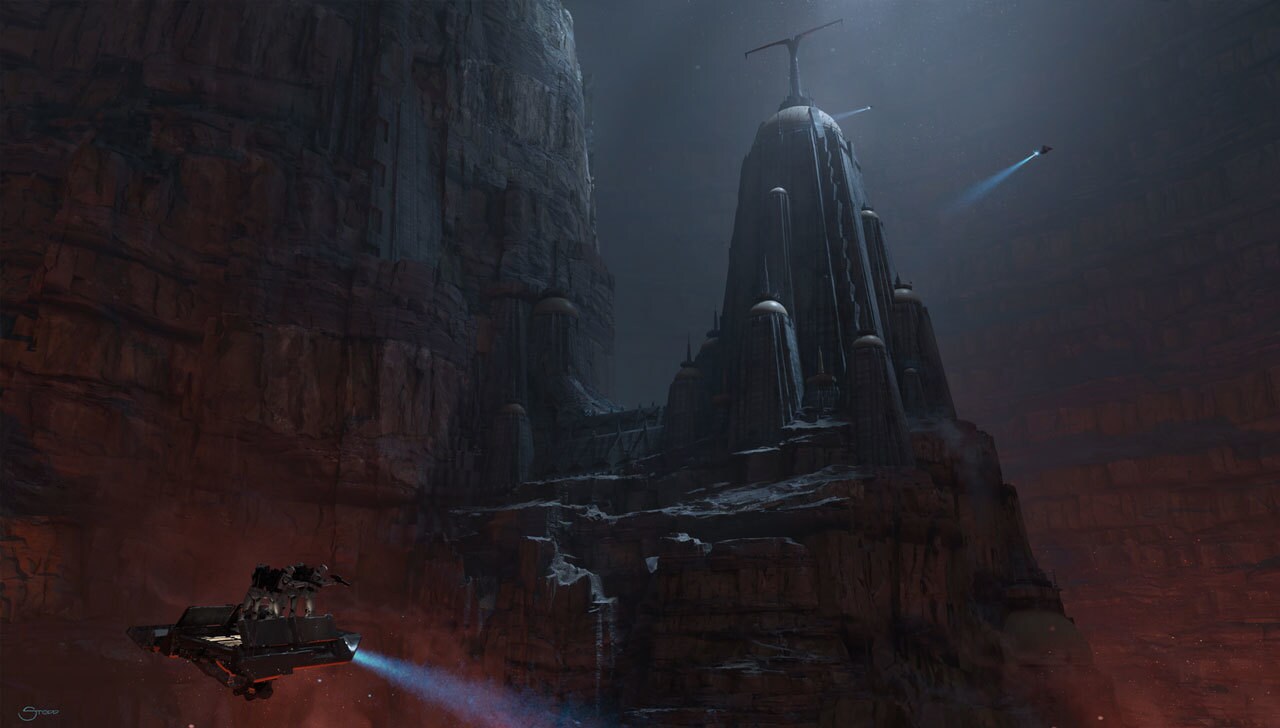 Darth Plagueis was a Sith so well concealed that not much is known about who he was or even what he looked like, but his tragic legend has endured through the years. 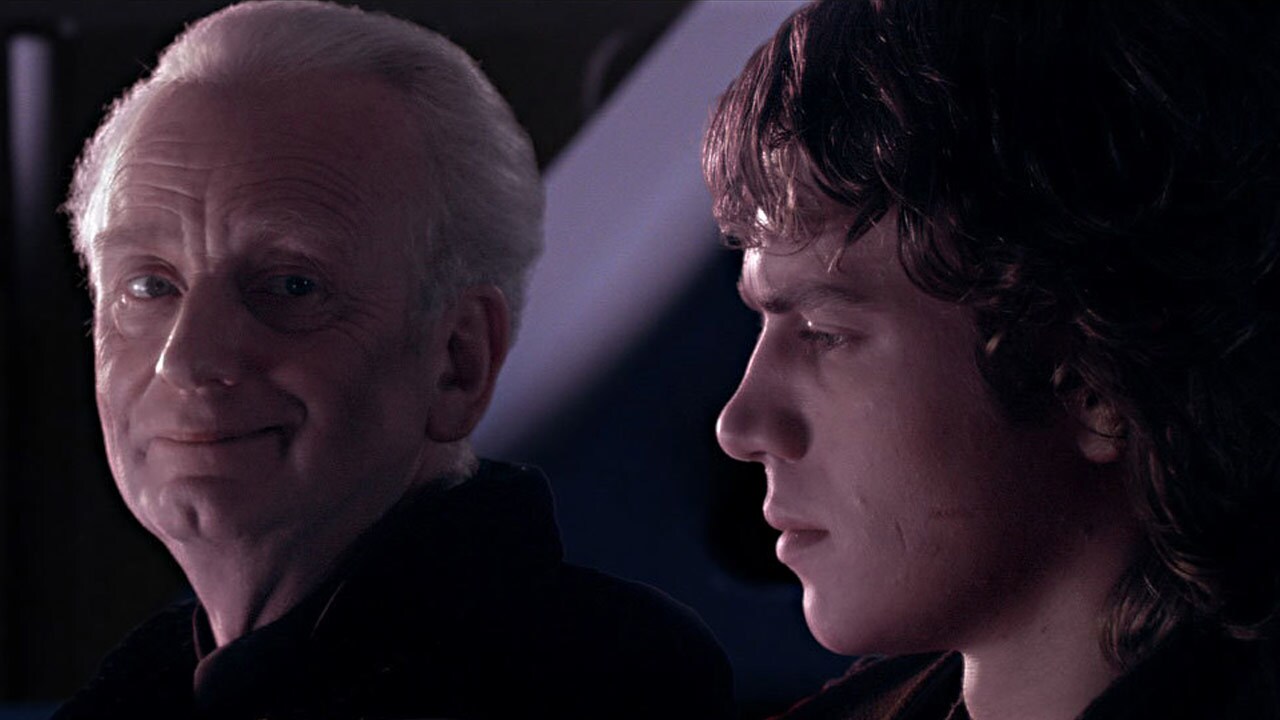 “Darth Plagueis was a Dark Lord of the Sith so powerful and so wise he could use the Force to influence the midi-chlorians to create life,” Sheev Palpatine told a vulnerable Anakin Skywalker. Palpatine hinted that the ability could save others from dying or even result in an unusually long life span. Plagueis himself, however, didn’t live long. His life was ironically cut short by his apprentice, Darth Sidious. 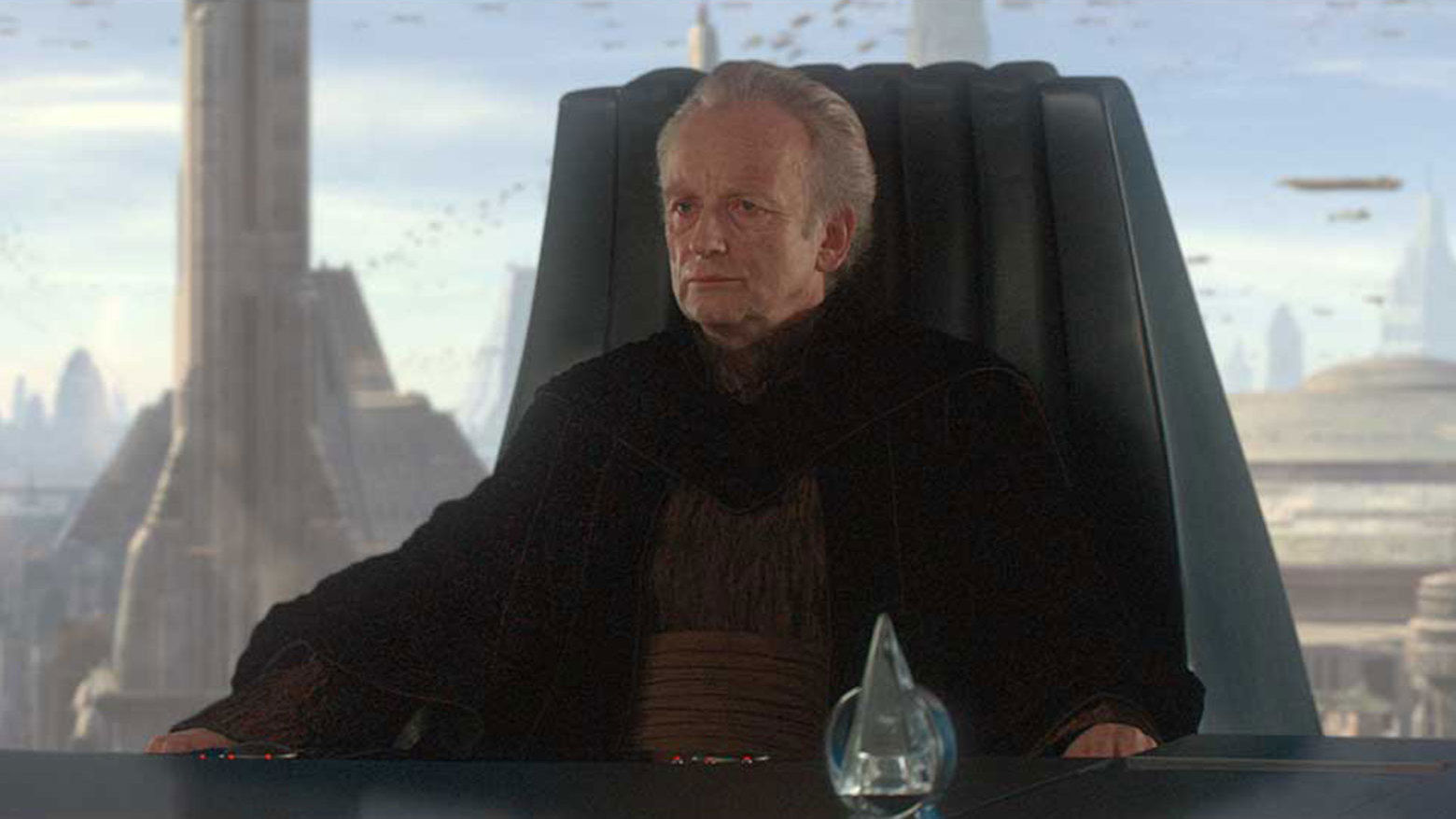 It’s not clear how Darth Sidious became the pupil of Plagueis because the Sith Lord masterfully kept his alter ego cloaked for many years. Sidious, known to the Republic as Sheev Palpatine, hailed from Naboo and represented the planet as its loyal representative in the Galactic Senate. Palpatine played the long game, biding his time in the shadows as he manipulated the Jedi Order into entering a disastrous war with the Separatists.

As Darth Sidious, the hooded Sith Master took Darth Maul and later Lord Tyranus as his apprentices. Once his machinations were uncovered, the Jedi confronted him, and Sidious let loose his frightening power. Dark lightning erupted from his fingertips and he demonstrated his prowess with the lightsaber as he faced Jedi Master Mace Windu and Jedi Master Yoda. He emerged as the victor.

Palpatine seized the opportunity to transform the galaxy into a Galactic Empire with himself as its leader. The Emperor also took his final apprentice under his wing: Darth Vader. Vader proved to be his greatest asset as an enforcer but also the reason for his eventual downfall. Once again Darth Sidious was forced to survive in the shadows, using what he learned from Plagueis and Sith technology to unnaturally extend his life for decades.

Only he could be so bold. Darth Vader was once Jedi Knight Anakin Skywalker, but he was tempted by Darth Sidious’s promises to save the life of his beloved. He turned to the Dark Side and joined Sidious as his apprentice. Vader failed to save the woman he loved, but he never forgot her.

His search for a way to bring Padmé Amidala back would long haunt Vader and led him to establishing a stronghold on the volcanic planet of Mustafar. He believed the strange Force energies of the planet might be the key to resurrecting her. He came dangerously close to succeeding, but again failed to keep her at his side.

Darth Vader served as the Emperor’s ruthless enforcer, hunting down the remaining Jedi Knights and those who rose up in rebellion. Vader’s mechanical breathing was often the last sound an unsuspecting rebel heard as the Sith unleashed his anger.

After the disastrous Battle of Yavin, Darth Vader’s attention turned to the pilot that destroyed the Death Star and caused him to lose his master’s favor. With the help of Boba Fett, Vader found out the rebel’s name: Skywalker.

The Dark Lord of the Sith turned his attention to finding and turning Luke Skywalker at his master’s behest. The Emperor exacted a heavy price when Luke escaped. Vader’s inner turmoil over the death of his wife and the fate of his son eventually resulted in his turning against his master. The Emperor fell, and the Empire crumbled.

For a ghoul-actic collection of articles, crafts, and more, check out StarWars.com’s Halloween hub…if you dare!

Join the Bad Batch with a DIY Hunter Headband