Everything We Know About The Mandalorian So Far

Here’s all of our intel on the Star Wars live-action series coming to Disney+ November 12.

The Empire has fallen. In The Mandalorian, the first live-action Star Wars series coming to Disney+ November 12, we follow the travails of a lone gunfighter far from the authority of the New Republic. From the trailers, we know the characters we’ll encounter inhabit a dark chapter in galactic history, where outlaws make their own rules to live by with little interference.

“There’s no central government in the galaxy and so it degrades into a world where, like the old Samurai movies and the old Westerns, where the gunfighters are roaming and people are fighting for their own safety,” says Jon Favreau, the series creator. Next week, we’ll take our first steps into this uncharted era when the series premieres. Here’s everything we know going in.

Set about five years after the fall of the Empire, before the rise of the First Order, The Mandalorian is an exploration of a new era in Star Wars storytelling onscreen. While there are some tattered remains of Imperial rule, visually realized in the familiar soldiers in stormtrooper armor, the focus of this story is far from where we left off with the central conflict between the Rebel Alliance and the Empire in Star Wars: Return of the Jedi. In fact, the stormtroopers themselves are looking less pristine than their Imperial-era brothers, a symptom of the hardscrabble nature of the times.

In-universe, the story unfolds in the outer reaches, a galactic frontier far from the long arm of the laws upheld by the fledgling New Republic, and focused on a lone gunfighter wearing the unmistakable armor of the storied warriors of Mandalore.

The Mandalorian at the heart of the show, portrayed by Pedro Pascal, remains mysterious, his face unreadable beneath the shield of his T-visored mask and his formidable form encased in impenetrable beskar armor. Pascal has said he was inspired by Clint Eastwood’s Man With No Name when he was getting into character, a fusion of Western bravado and Samurai mythos that combines to create a blaster-slinger who can shoot a stormtrooper in the neck without turning his head or breaking his stride. 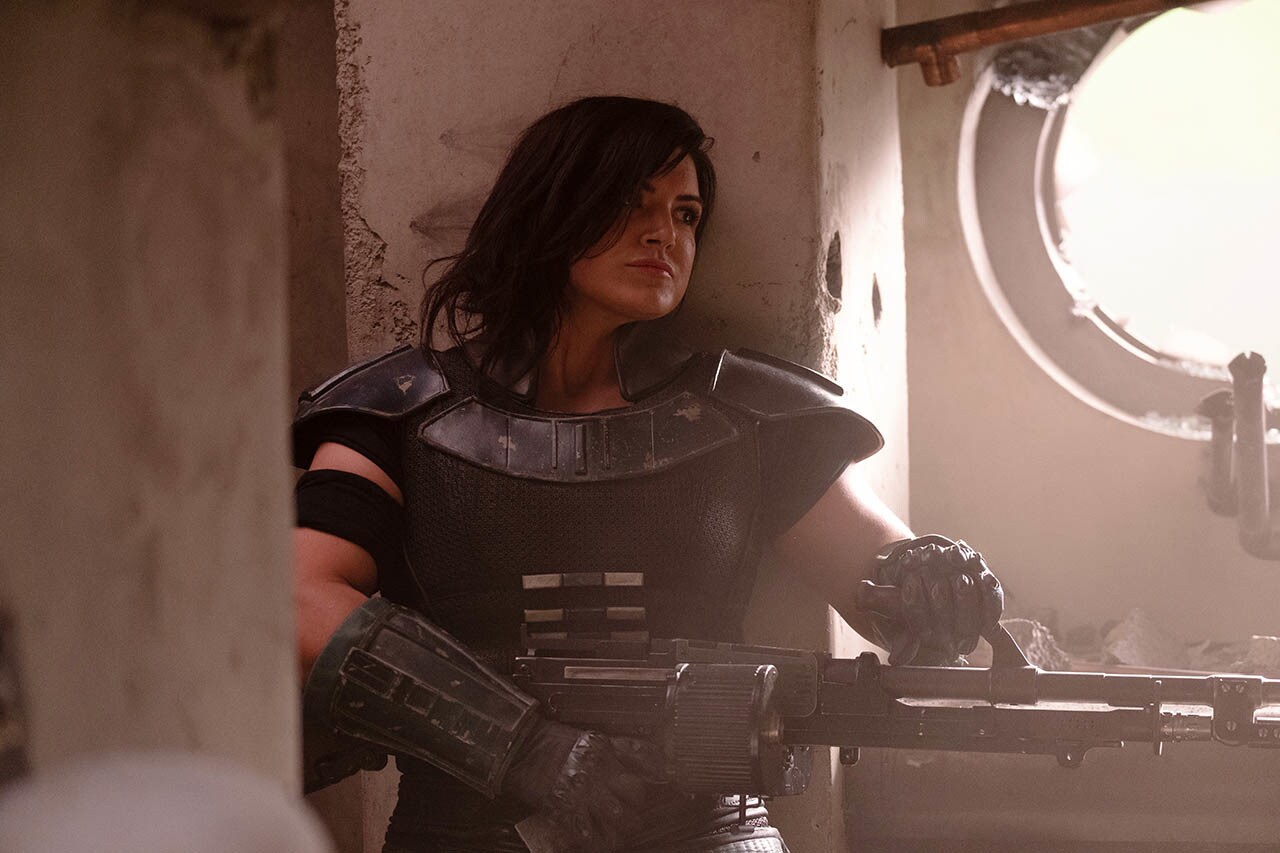 Cara Dune, played by the incomparable Gina Carano, is a war veteran who survived the Galactic Civil War, but now lives as an outcast who finds it difficult to reintegrate into society. We’ll see the seasoned fighter and former rebel shock trooper reinvent herself as a mercenary, relying on some of the skills she learned in the military to forge a new life for herself. 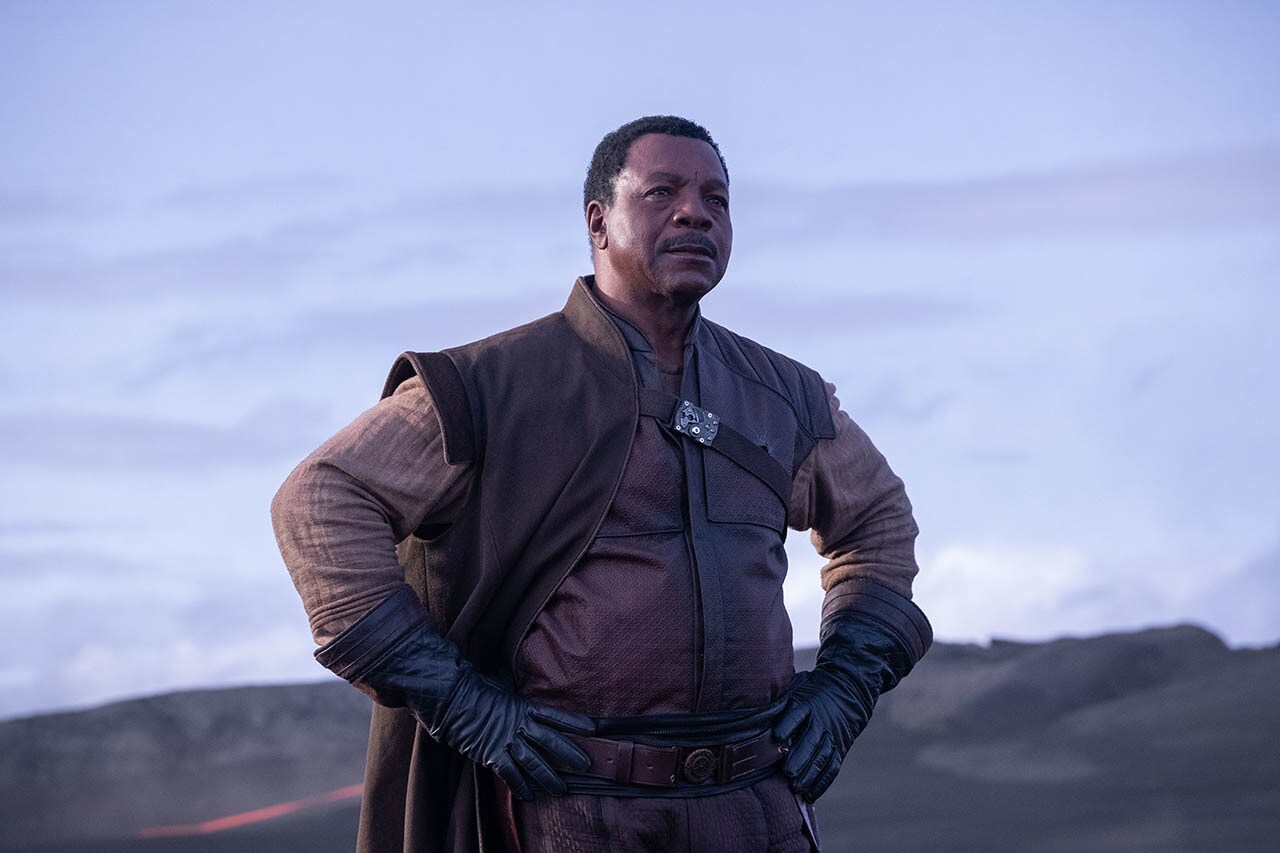 Greef Karga, brought to life by Carl Weathers, is the head of a guild of bounty hunters who crosses paths with the titular character while on the prowl for a mercenary to take on a high-priced job.

And there are several more we’ve only just glimpsed: Moff Gideon, played by Giancarlo Esposito; the mysterious high-roller who’s provided ominous voiceover about the complicated profession at hand, played by Werner Herzog; and Fennec Shand, a merciless sharpshooter who made a name for herself as a hired killer for the galaxy’s top crime syndicates, played by Ming-Na Wen.

His face always settled into a frown, Kuiil the Ugnaught, voiced by Nick Nolte, is a vapor farmer just looking for some peace and quiet far from a life of servitude. Glimpsed straddling a trotting blurrg, don’t judge him by his size.

Meanwhile, IG-11, the slender assassin droid voiced by Taika Waititi, has been programmed to serve the Bounty Hunters Guild, a valuable hired gun ready to follow the code of the bounty hunters to the letter.

In a series of trailers and other footage previewed in the lead up to the November 12 debut, Favreau has already delivered on his promise to introduce new alien races and characters while peppering in the familiar -- a couple of feisty Trandoshans, a tasty Kowakian monkey-lizard, a running-scared Quarren, a purple-skinned Twi’lek, and a roving band of Klatooinian raiders. Not to mention a row of captured quarries already sealed in carbonite and ready for delivery. 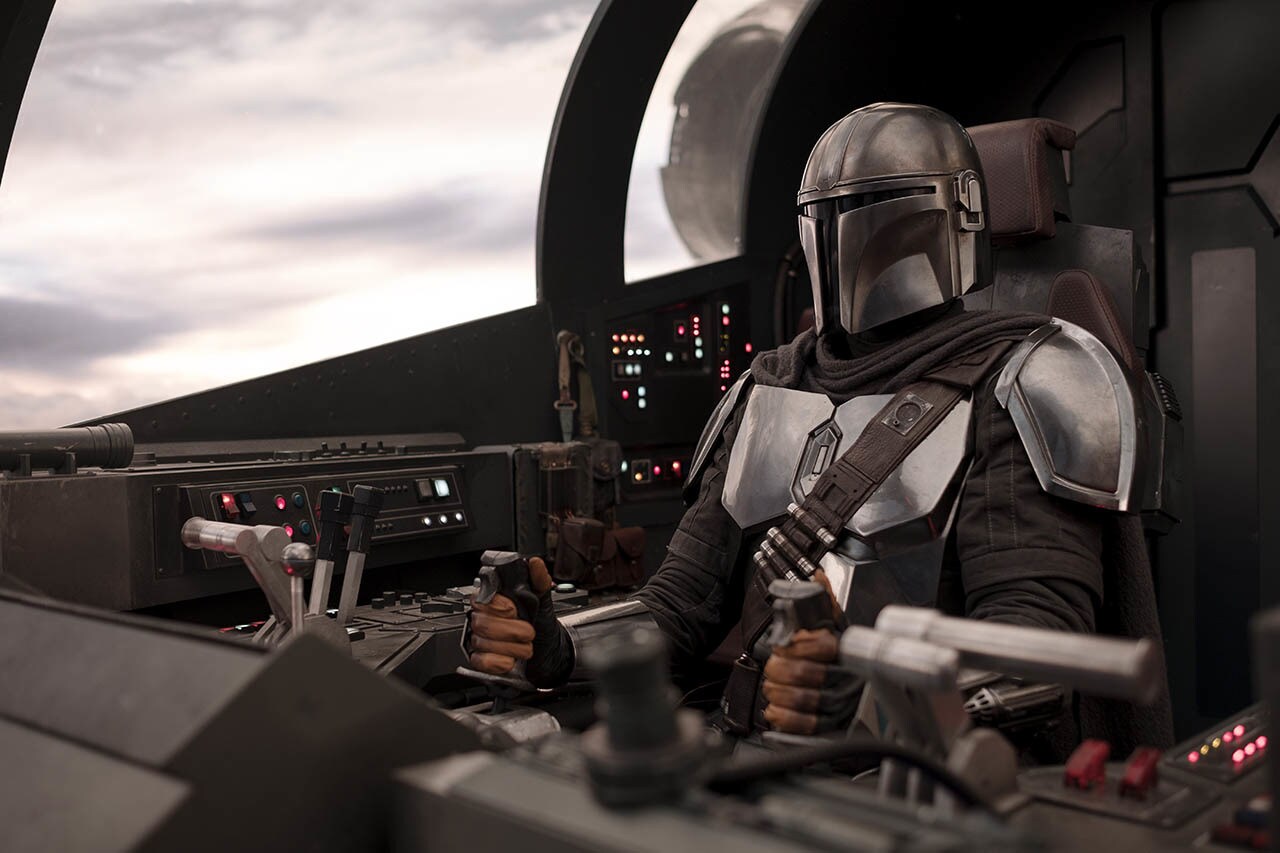 Every good bounty hunter needs a reliable and rugged form of transportation. Enter the Razor Crest, the Mandalorian’s trusty ship, a broken-in, battle-worn craft that clearly has some long years (and equally extensive parsecs) behind it.

Other repurposed and retrofitted crafts and vehicles include outland TIE fighters, with model-specific landing gear and other accouterments, and an AT-ST Raider built from various leftover Imperial tech that’s been scavenged by marauders and modified with war paint.

Favreau, who wrote and executive produced the series, has worked closely with Dave Filoni, who directed the first episode and serves as executive producer alongside Kathleen Kennedy and Colin Wilson, plus a star-studded list of episodic directors including Deborah Chow, Rick Famuyiwa, Bryce Dallas Howard, and Taika Waititi. Karen Gilchrist serves as co-executive producer. And acclaimed composer Ludwig Göransson wrote the score.

Read the complete StarWars.com coverage of The Mandalorian, including:

Find out more about Disney+ on StarWars.com and watch The Mandalorian beginning November 12.