But Palpatine isn't playing by the rules.

"The popular belief isn't always the correct one." 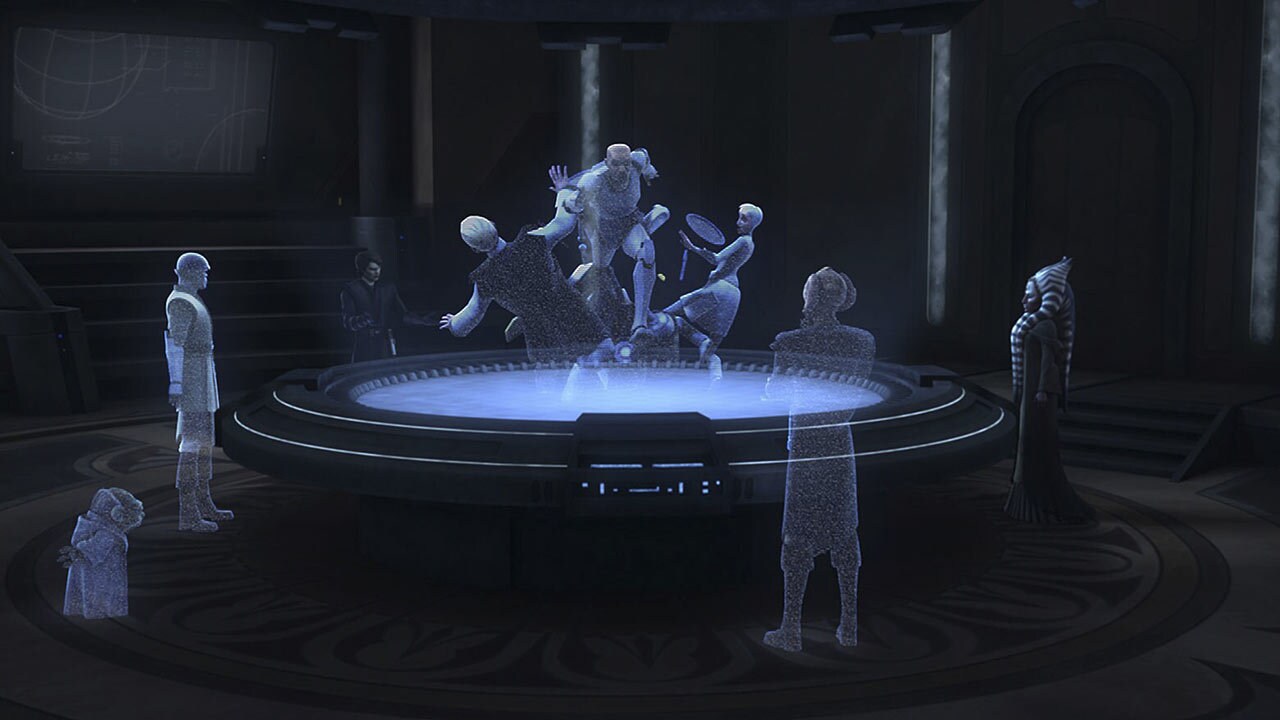 Fives continues to push for answers regarding the mystery of the clone contamination and secures an audience with Supreme Chancellor Palpatine. But the situation quickly collapses.

Poor Fives. The more he protests, the deeper he digs, the further he plays into the idea that he truly is a risk to himself and others.

Fives knows himself to be the victim here, but the grand scheme he's stumbled upon with his tenacious pursuit of the truth is utterly inconceivable to the Jedi he serves in the war. "It goes all the way to the top," he pleads, already on the run, framed for trying to harm Chancellor Palpatine, the true mastermind of the plot. The truth hasn't set Fives free; the knowledge itself makes him appear out of his mind.

Shaky and drug-addled thanks to Nala Se's final cocktail injection, the clone's demeanor isn't helping him win anyone over to his cause. Not even Captain Rex and Anakin Skywalker, among a small few people left in the Republic he feels he can trust, believe him.

With his final moments, Fives tries desperately to explain the convoluted scheme and not sound like a mad man. The chancellor orchestrated everything, he says. But Anakin Skywalker doesn't believe his friend Palaptine is capable of what Fives is claiming, even as Palpatine's most loyal clones close in on their location and silence Fives once and for all.

Watching Fives get killed is hard, but seeing the anguish in Captain Rex's eyes as his friend dies, seemingly gripped by madness, is even worse. And soon, everything Fives fought for is undone by one last lie from Palpatine's lips blaming a parasite for the malfunction that cause first Tup and then Fives to go insane.

Next up: Come back next Thursday when Padmé gets a blast from the past in "An Old Friend."