The Clone Wars Rewatch: Ahsoka is "Gone with a Trace"

The former Jedi meets the Martez sisters on a journey all her own.

"If there is no path before you, create your own."

Ahsoka Tano, no longer part of the Jedi Order, finds herself in the lower levels of Coruscant.

The Jedi are pretty much the only family Ahsoka has ever known and forging a new path to find her identity separate from the Order is no easy task.

Back on level 1313, where she hid when she was on the run from false accusations of treason, Ahsoka is completely out of her element. She once dwelled on the surface, now she's thrust into darkness. She once had a master to guide her, a man she regarded as family and something of a brother. Now she's totally alone.

In contrast, the Martez sisters have each other. And Ahsoka's introduction to the orphans gives her a fresh perspective on the Jedi at a time when she's still grappling with her own wounded view of the peacekeepers of the galaxy.

Although she still believes in the morality of the Force wielders, she quickly learns that the Jedi aren't always seen as heroes. And although her surreptitious use of the Force saves Trace's life, Ahsoka knows enough to keep her past and her abilities hidden, literally and figuratively so far below the surface.

Ultimately, Ahsoka's journey and the Martez sisters themselves must confront two essential questions: What are you willing to sacrifice for the life you lead? What makes it worth it? 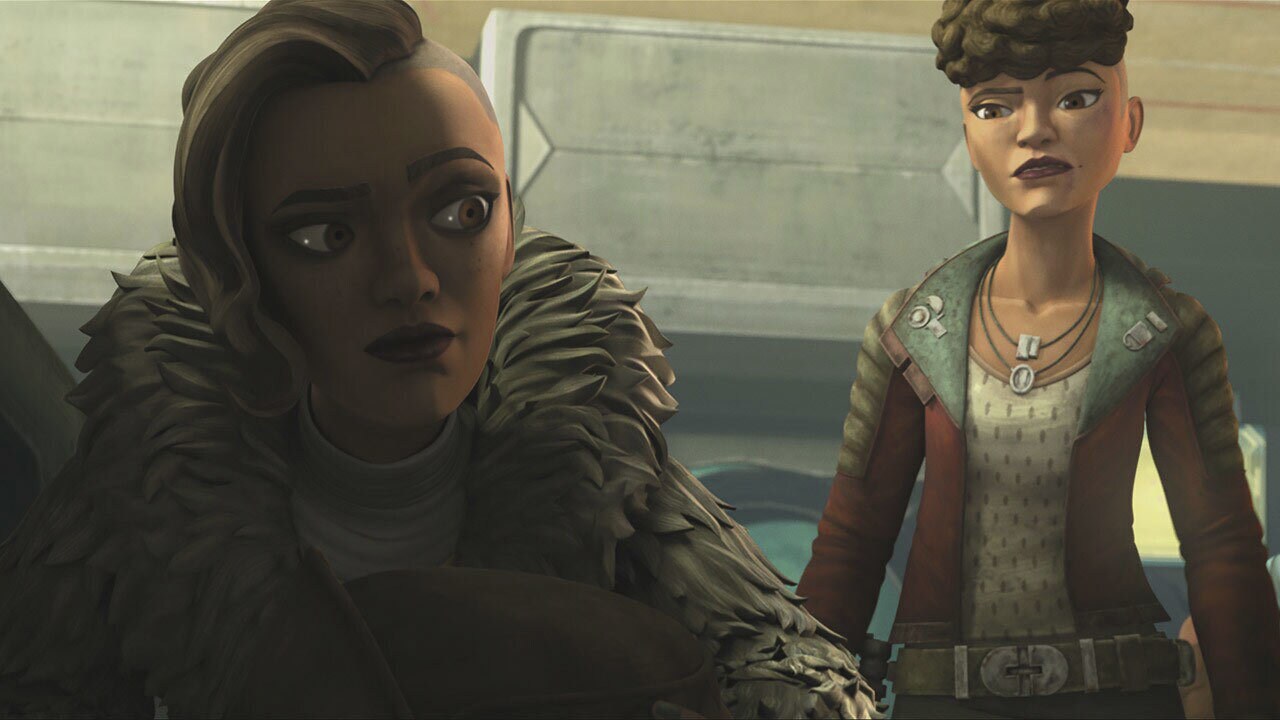 Next up: Come back next Thursday when Rafa lands a dangerous job in "Deal No Deal."