20 Things You Probably Didn’t Know About the Making of Star Wars: The Phantom Menace

Twenty years ago, Star Wars: The Phantom Menace graced movie theaters with an excitement level that’s still talked about fondly today. But it wasn’t an easy path to get there. From developing completely new film techniques and technology that seem commonplace now, to a massive storm wiping out most of the Mos Espa set in Tunisia, there’s more to the story of making of Episode I than you probably know.

The Making of Episode I: The Phantom Menace, written by Laurent Bouzereau and Jody Duncan, was also released in 1999 and features candid tales of the production direct from writer and director George Lucas, the cast, and the crew of one of the most anticipated films in history. In addition, Lucasfilm produced a number of behind-the-scenes features for web and home video that explored the making of the movie.

Here are 20 behind-the-scenes facts and anecdotes straight from the people who were there!

1. George Lucas wrote the Episode I script by hand with just pencil and notebook paper. In fact, he writes all of his scripts this way.

2. One of the biggest influences on the making of The Phantom Menace was The Young Indiana Jones Chronicles. Not only did a significant number of the television series’ crew and production team later work on The Phantom Menace, some of the techniques they perfected while filming the series were then used on Episode I. Rick McCallum, producer of the prequel trilogy, called the show a “testing bed to learn a new way of making films.”

3. Jar Jar Binks was originally designed with green skin. The design team later realized that most aquatic creatures on our own planet don’t sport green hues, so they changed his skin tone to orange instead.

4. Yaddle is actually an early “young Yoda” design. Concept artist Iain McCaig began designing the Jedi Master’s younger look as an eight-year-old version of the character. “That concept eventually became another Jedi in the film, Yaddle,” he revealed.

5. The moving mechanism inside Threepio’s head is a missile gyroscope. Chief Model Maker Lorne Peterson had found it and let the effects team borrow it, he said in the making-of featurette “Discoveries from Inside: Models & Miniatures.”

6. The design of the heavy troop transport in The Phantom Menace, the MTT, was inspired by elephants. In the featurette “Conversations: Doug Chiang Looks Back,” the concept artist talked about using familiar shapes to help the audience understand a design on a basic level. “If you look at the front of the MTT, the tiny little slits represent the elephant’s eyes and his forehead,” said Chiang. “And the trunk, I turned into the door, and the tusks actually become the two guns on the sides. “ 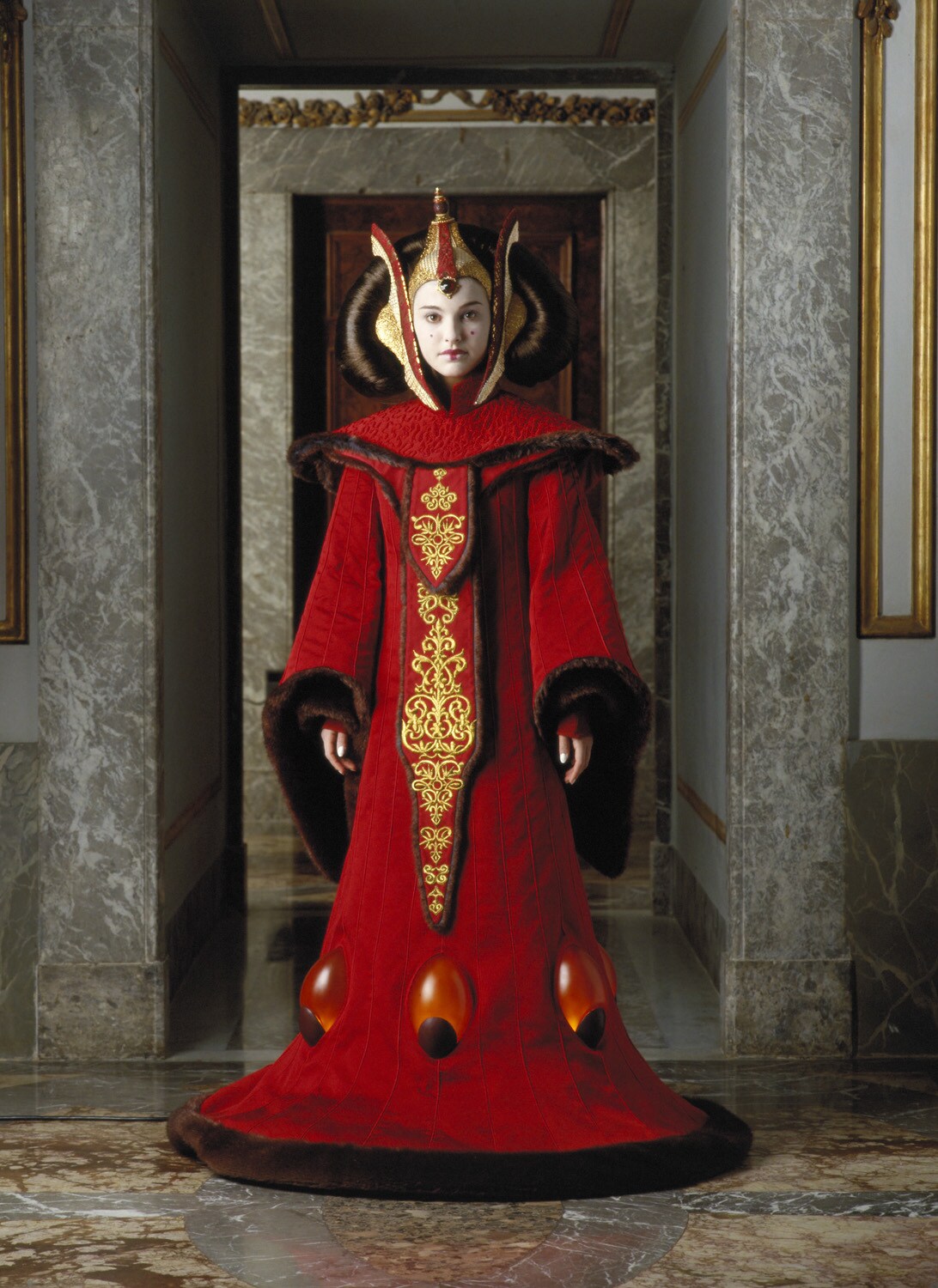 7. Costume colors are specific to the planets of the galaxy far, far away. Iain McCaig and costume designer Trisha Biggar worked together to create the palettes: gray, brown, and black for Coruscant, green and gold for Naboo, and sun-bleached sandy colors for Tatooine. 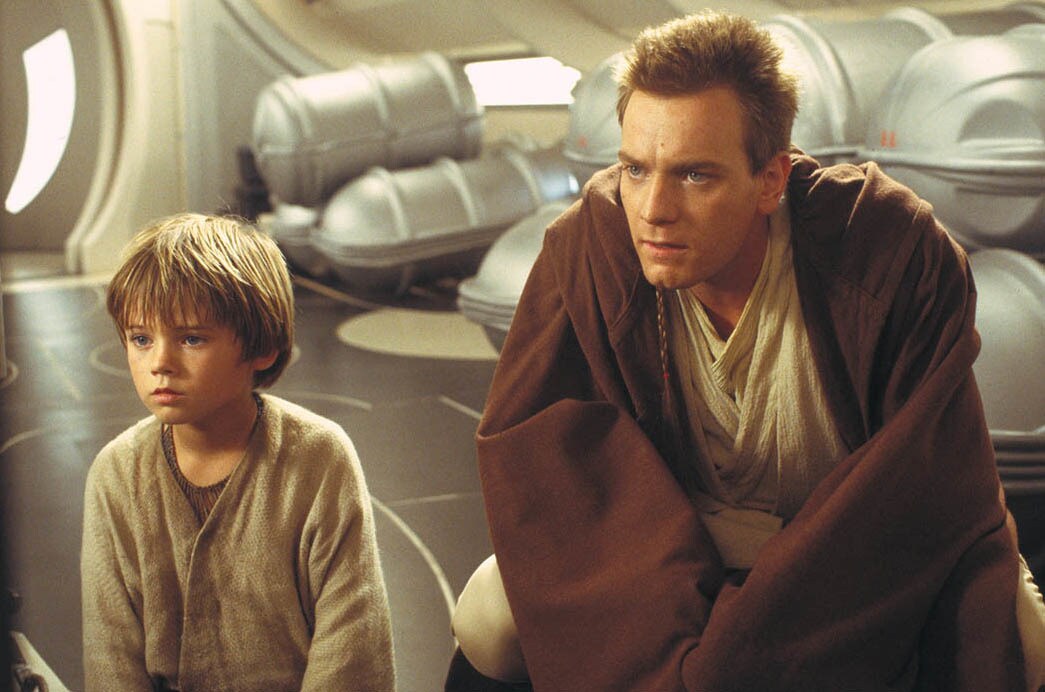 8. Ewan McGregor had dialogue coaching to prepare for his role. He worked hard to capture the calming tones and inflections of Sir Alec Guinness to best play the character, which he called “quite tricky.” 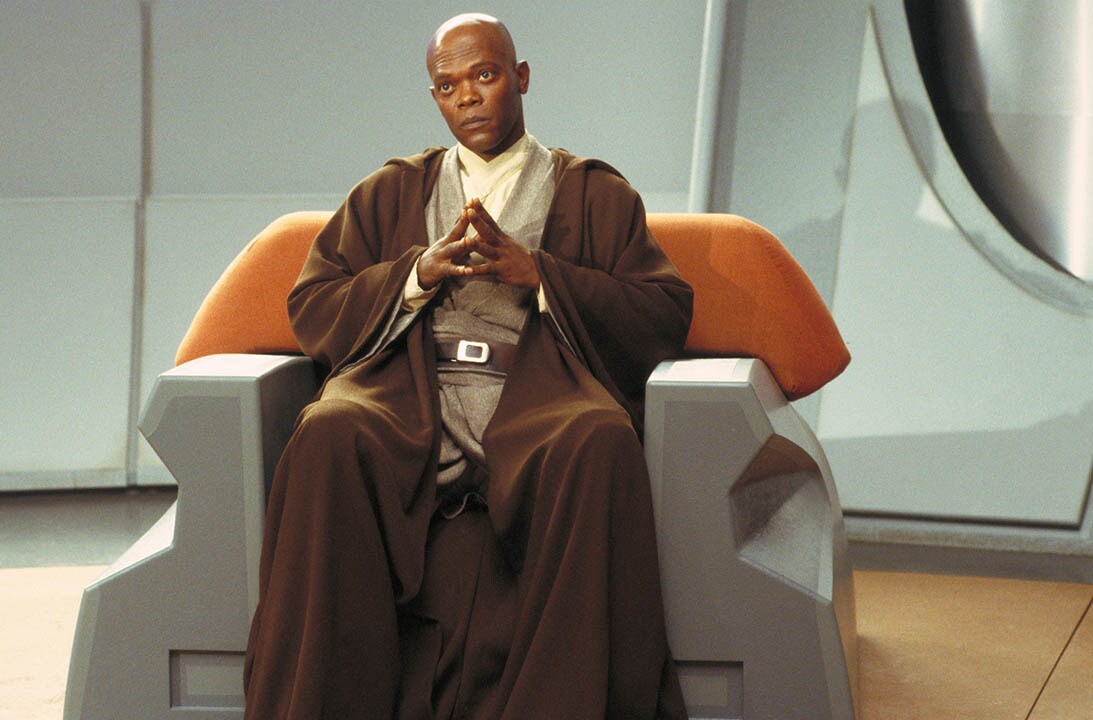 9. Samuel L. Jackson got the role of Mace Windu in part through an appearance on the British talk show TFI Friday to promote a different movie. The casting director for The Phantom Menace, Robin Gurland, heard that Jackson made his wish to be in the new Star Wars known while chatting on the talk show, and the rest is history.

10. Ahmed Best was discovered through his performance in the theater show Stomp. Gurland happened to catch the show and spotted Best in the cast. His energy and performance made her realize, “He’s Jar Jar!”

11. Greg Proops and Scott Capurro recorded their podracing commentary in prosthetics and makeup. The footage would later be used as reference for their digital characters, Fode and Beed.

12. Plo Koon was named after the son of creature effects supervisor Nick Dudman. “I decided to call one of the Jedi Plonkoon, because we called my son that during his first year of life,” he said. “I wrote down Plonkoon, George crossed out the n and Plo Koon was born!”

13. The three Wookiees in the Galactic Senate all wore the same Chewbacca costume from the Lucasfilm archive. The actor in the old suit was filmed three different times with slight adjustments made to the hair. “When the shots were put together, we ended up with three different Wookiees out of one suit,” said Dudman. 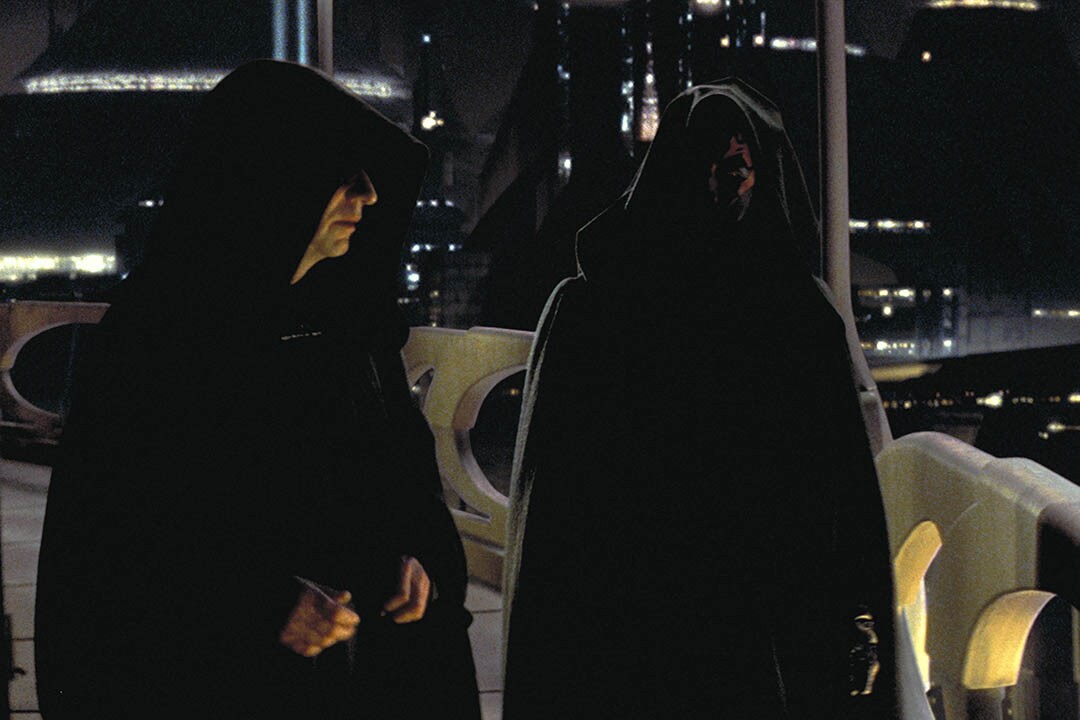 14. The very first scene of The Phantom Menace that was filmed featured Darth Sidious and Darth Maul. Their balcony chat on Coruscant marked the beginning of production in 1997.

15. After a monstrous storm destroyed almost everything on the Mos Espa set, the Tunisian army helped rebuild it. Thanks to the fact that one set was luckily left in one piece -- the landing ramp of the Naboo Royal Starship -- plus the efforts of the entire crew and local helpers, production continued without delay. 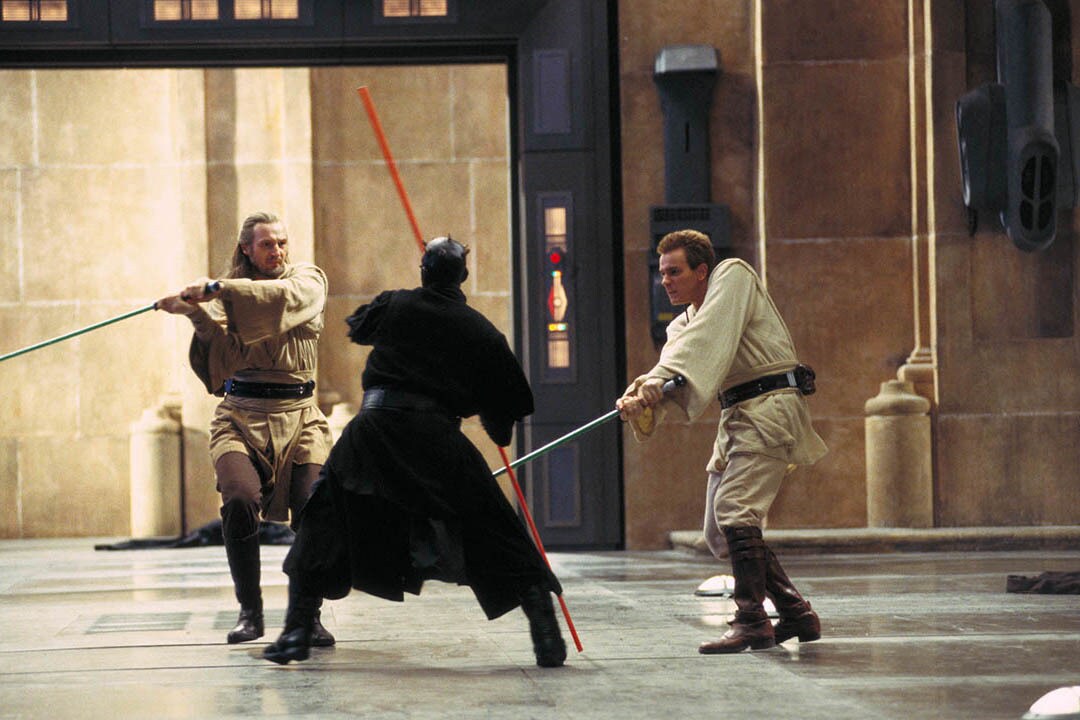 17. Watto only has one full tusk so the audience can see his mouth move accurately when he speaks. The Toydarian was originally designed with two large tusks on either side of his trunk-like nose, but they would have prevented his lips from fully shaping words with an m or a b. One tusk was broken off and his lopsided smile was born.

18. Watto was also the first CG character that the effects team went to work on. Through his design and motions, the team quickly learned how to achieve what they wanted on featured digital characters. Even just the cord on his tool belt had to have its own computer program written to simulate its movement properly. (The same program would later be used for Jar Jar’s flapping ears.)

19. Some of the audience members at the Boonta Eve Classic podrace crowd are colorful cotton swabs. Sometimes practical effects work best to achieve just the right three-dimensional look for faraway shots, and a model maker had the creative idea to use the swabs in the arena models.

20. Some of the cheers and jeers emanating from the audience at the podrace are from a San Francisco 49ers game. Sound designer Ben Burtt recorded crowd reactions at the football game himself.

Want even more behind-the-scenes from The Phantom Menace? You can find the complete featurette The Beginning: Making Star Wars: Episode I The Phantom Menace on the official Star Wars YouTube channel to see the results of that disastrous storm, Ewan McGregor choosing his very own lightsaber hilt, and much, much more.

Kelly Knox is a freelance writer who loves creating Star Wars crafts with her daughter and spouting behind-the-scenes movie facts. Follow her on Twitter at @kelly_knox.