"Heroes are made by the times." On a diplomatic mission to the planet Rodia, Padmé; discovers that her old friend and fellow Republic senator Onaconda Farr has allied his planet with the Separatists. In exchange for food and resources for his people, Onaconda captures Padmé and promises to deliver her to the Nute Gunray. Sensing Padmé is in trouble, Jar Jar Binks disguises himself as a Jedi, and with the help of C-3PO, courageously fights to rescue his friend and fellow senator. 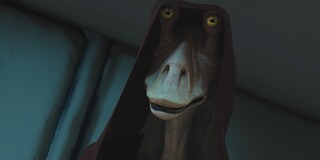 When Padmé is sold out to the Separatists, a friend comes to her rescue -- but he is no Jedi. 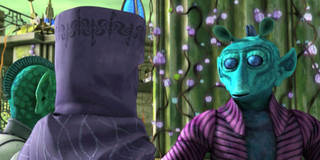 Viceroy. I should have known.

Jar Jar Binks is a Jedi Knight? So thinks the Separatists when comically heroic Gungan and C-3PO fight to save Senator Amidala from doom at the hands of evil Viceroy Nute Gunray. Jar Jar Binks teams up with C-3PO in a comedic duo that spans generations. 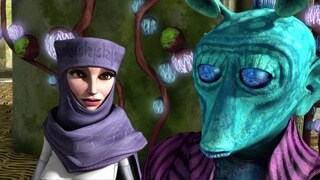 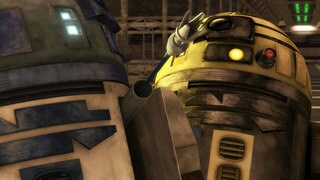 Duel of the Droids Episode Guide 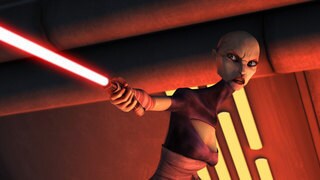 Ahsoka and Jedi Master Luminara escort the captured notorious Separatist leader Nute Gunray to Coruscant so he can stand trial for his crimes. However, they are unaware that Count Dooku has sent his assassin, Asajj Ventress, to free their captive. With the help of Senate Commandos, the Jedi have to thwart Ventress's efforts to free their prisoner, despite the traitorous plans of Senate Guard Captain Argyus.