Do you have a loved one or steadfast friend who sticks by you no matter what? Then this bookmark valentine is just for them! Gamorrean guards protect the one who sits on the throne in Jabba’s palace with an unflinching loyalty. Show the dependable people in your life that same dedication with this DIY The Book of Boba Fett valentine.

Paper, scissors, glue, and a template are just about all you need to hire a Gamorrean guard to fiercely hold the page in a beloved book.

The activities in this article should only be done with adult supervision.

Step 1: Cut the shape pieces from the Gamorrean template. Cut out the words on the template and set aside. 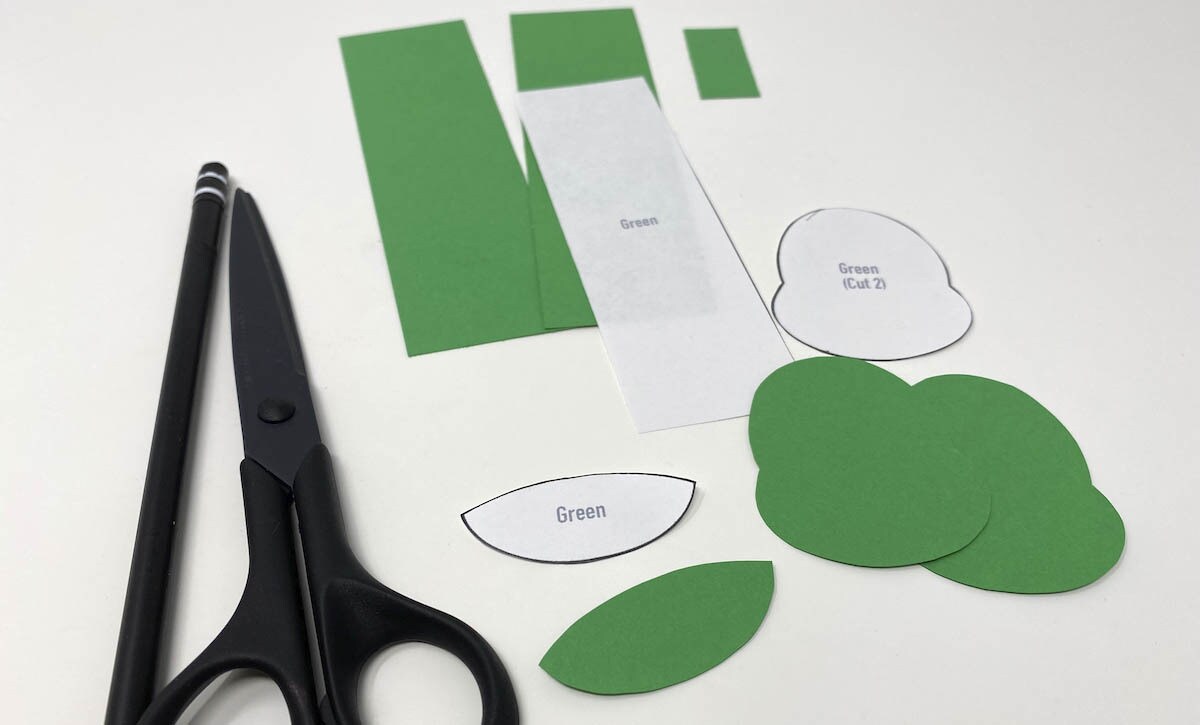 Step 4: Glue one round head shape to the back of the neck piece.

Step 5: Glue the second big rectangle on top of the first, sandwiching the neck piece in between. Step 6: Next, cut two long, thin strips of the brown cardstock paper. Glue them crisscross on the big rectangle and trim the edges. Flip over the bookmark and repeat on the back.

Step 7: Trace and cut out the two brown half circle shapes for the neck collar. 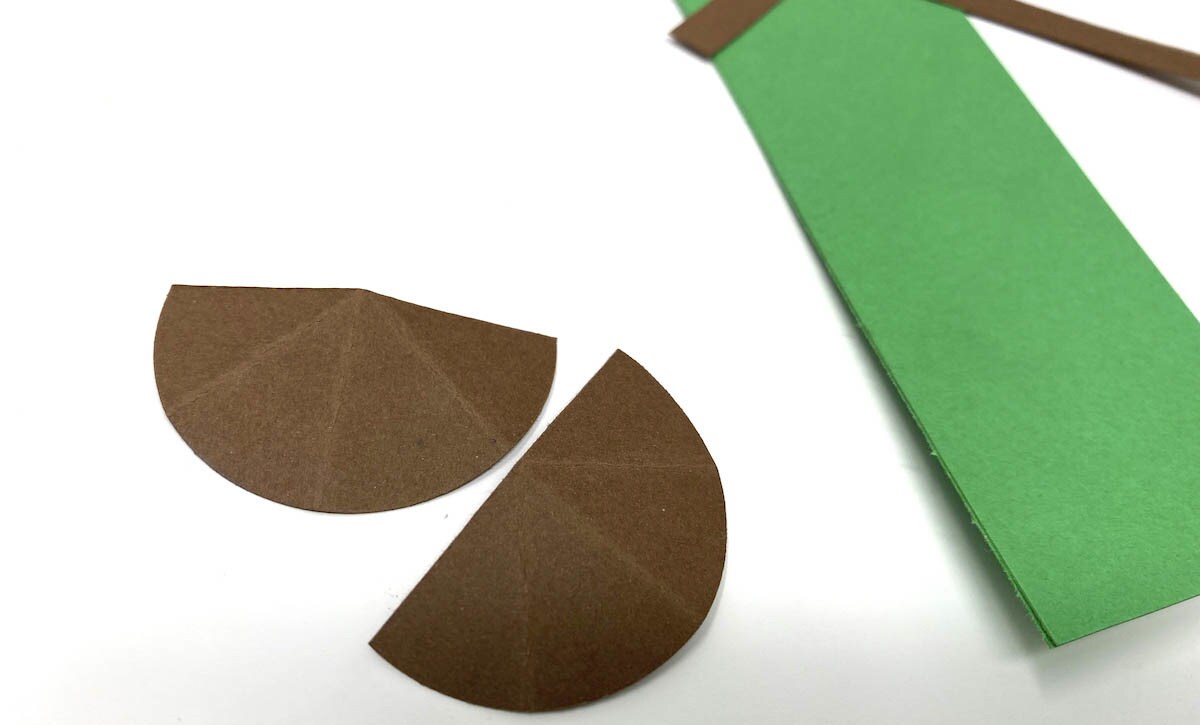 Step 8: Fold one half circle in half and unfold. Fold one corner in so that the top edge meets the center folded line and unfold; repeat on the other corner. Repeat the folds on the second half circle.

Step 9: Glue the half circles to the front and back of the bookmark at the top edges. 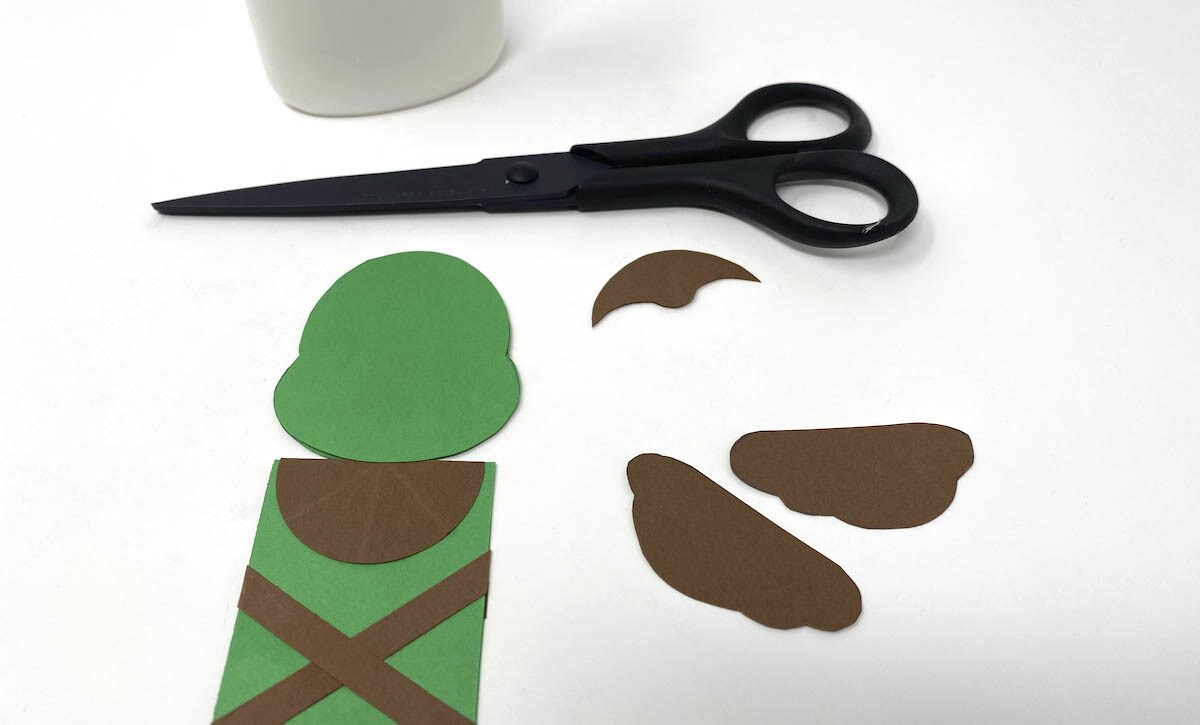 Step 10: Glue the second head shape on top of the one glued to the neck.

Step 11: Trace and cut out two rounded pants shapes from the brown paper. Glue them on both sides of the bookmark just below the crisscrossed strips.

Step 12: Trace and cut out the two hat shapes from the brown paper.

Step 14: Next, cut four small triangles about 1 centimeter in length from the white cardstock paper. 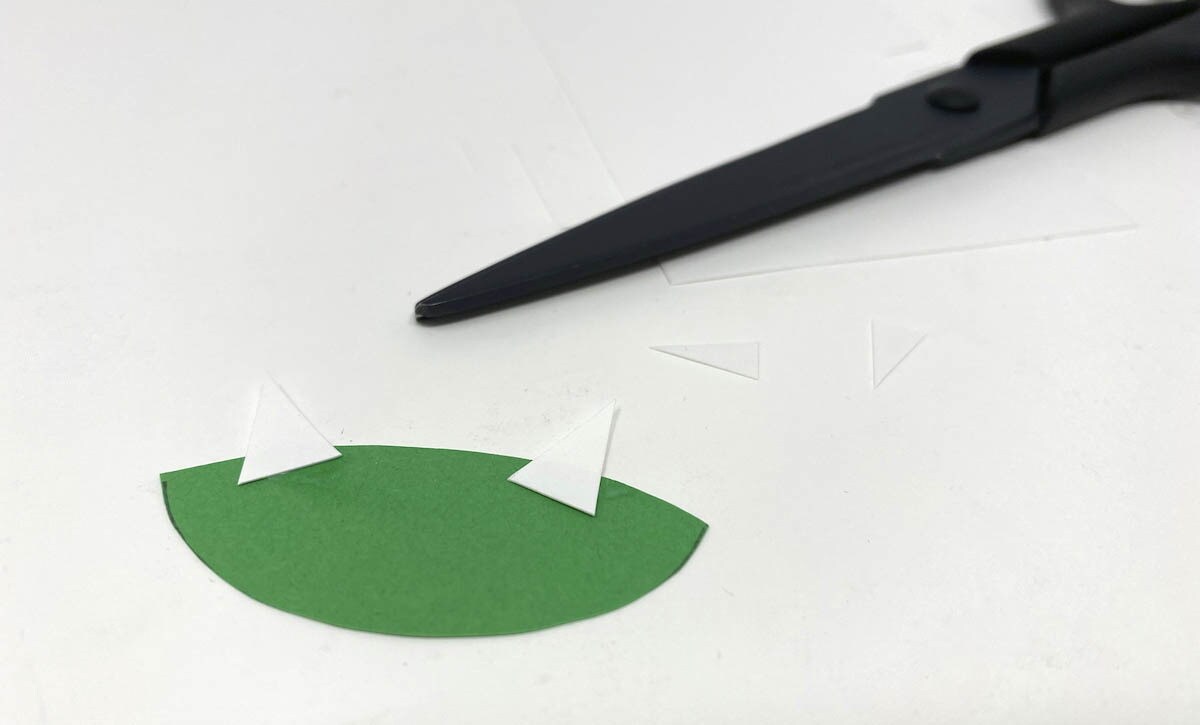 Step 16: Glue the jaw to the bottom of the Gamorrean’s face, with the teeth behind the jaw. 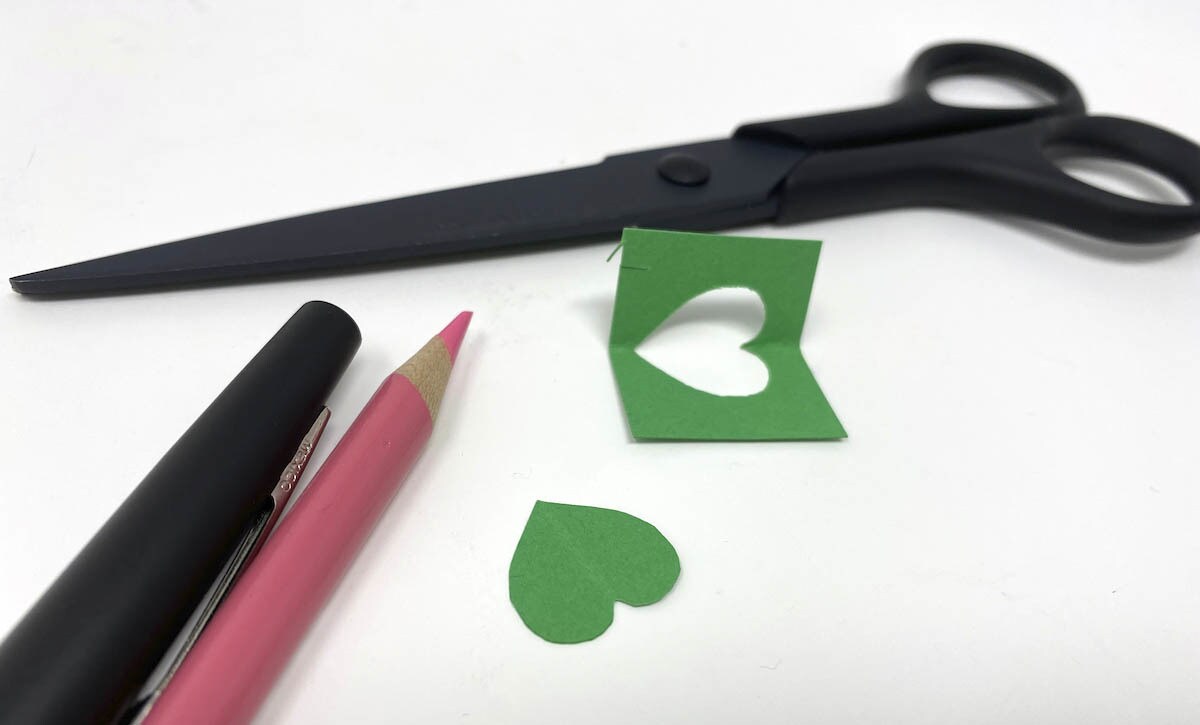 Step 17: Fold a small piece of the green cardstock paper in half. Cut out a heart, also about a centimeter in length, and unfold it.

Step 18: Lightly add some pink color to the green heart with the colored pencil. Draw two lines for the nostrils with the black marker. Step 19: Glue the nose with the heart upside-down to the center of the Gamorrean’s face.

Step 20: Use the hole punch to cut out two small circles from the black cardstock paper. Step 21: Glue the eyes on either side of the nose.

Step 22: Trace and cut out the small heart from the template on the silver cardstock paper. Glue it on the front where the two brown strips cross.

Step 23: Let all glue dry. Your Gamorrean guard bookmark is complete! Now let’s make a valentine go with it.

Step 24: Fold the red piece of cardstock in half. Cut out a heart shape.

Step 25: Make two cuts in the middle of the heart, each about 2 inches long and spaced an inch and a half apart. 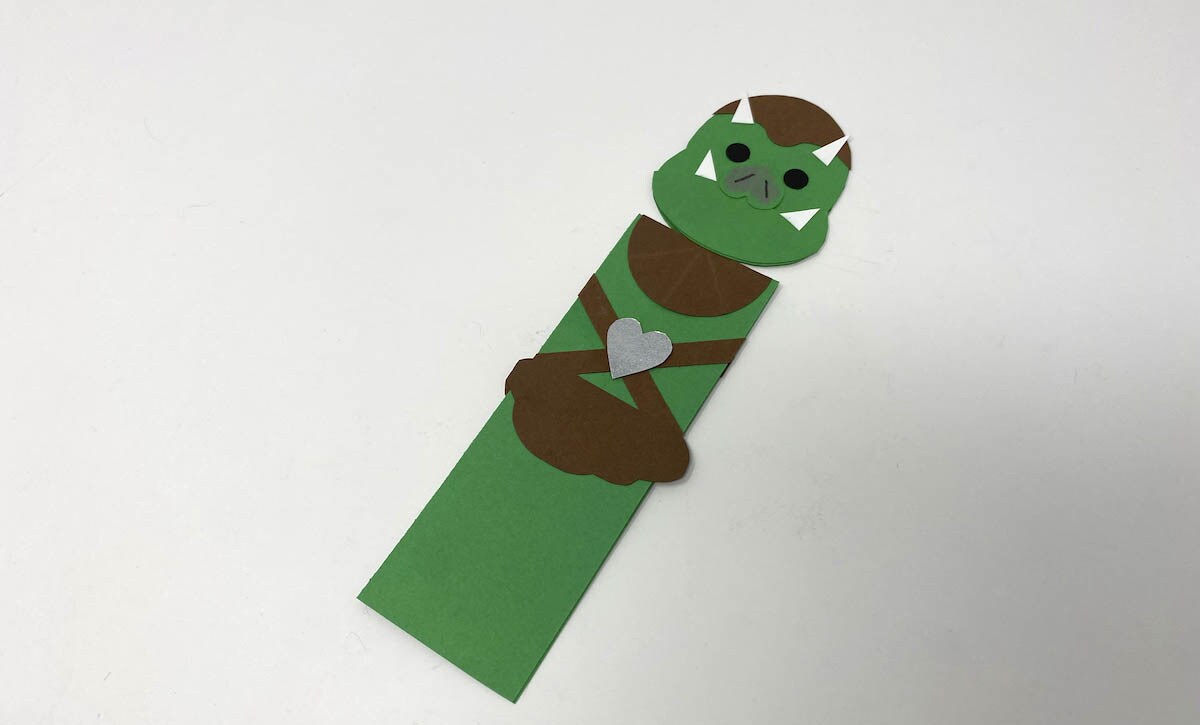 Step 26: Glue the words you cut out previously (or make your own!) between the two cut lines. Let dry.

Tip: You can add more decorations to the heart to make it personal. 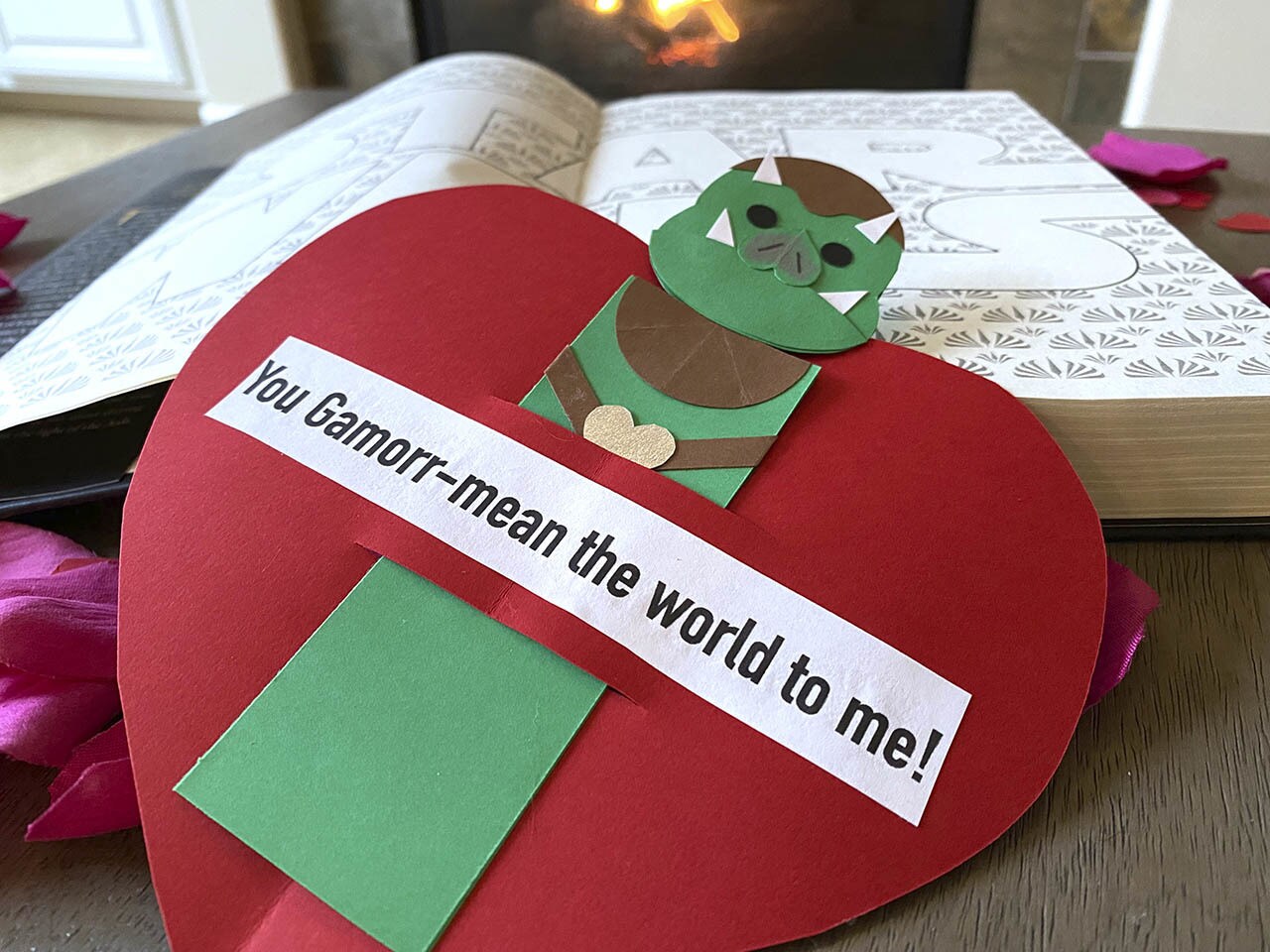 Step 27: Slide the bookmark into the heart.

Your valentine is ready to give to the one who can read you like a book (of Boba Fett)!

Kelly Knox writes features and DIYs for StarWars.com. Her writing can also be seen on DC Comics, IGN, and more. Follow her on Twitter at @kelly_knox to talk Star Wars, pop culture, and bad dad jokes.

Make This AT-ST Diorama the Center of Attention

You’ll Lose Your Mind Over This DIY Bor Gullet Pumpkin

A DIY Lola for Your Little Leia or Luke