SWCA 2022: 6 Things We Learned from the Lucasfilm Publishing Fiction Panel

Secrets and teases for the future of Star Wars books were part of this all-star author panel. 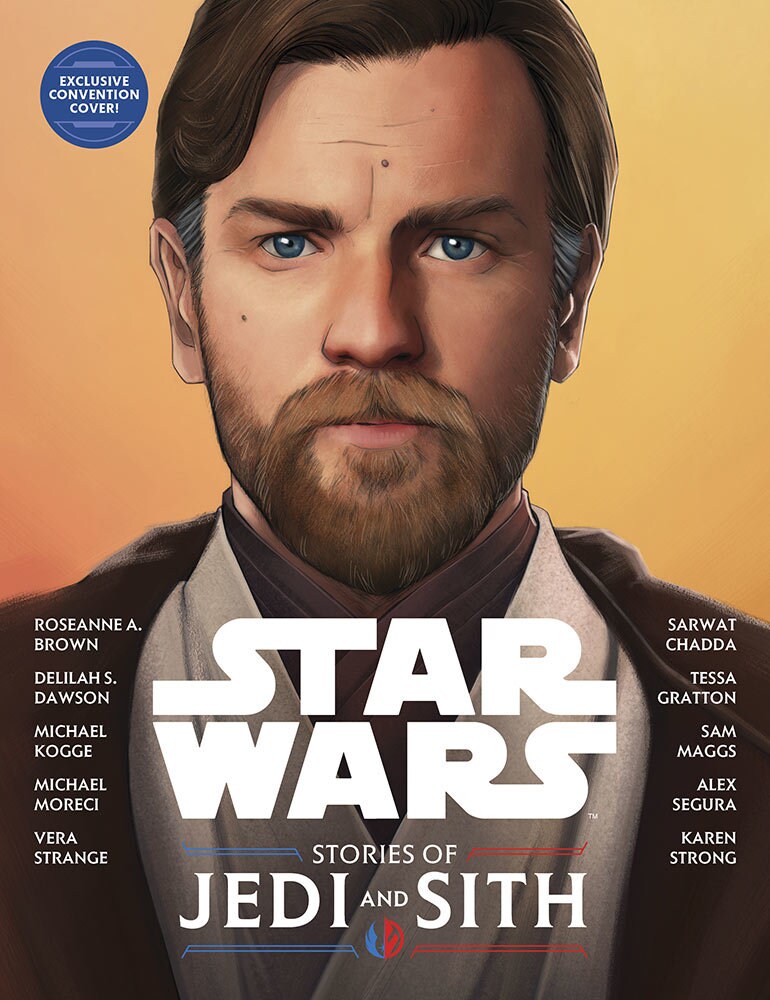 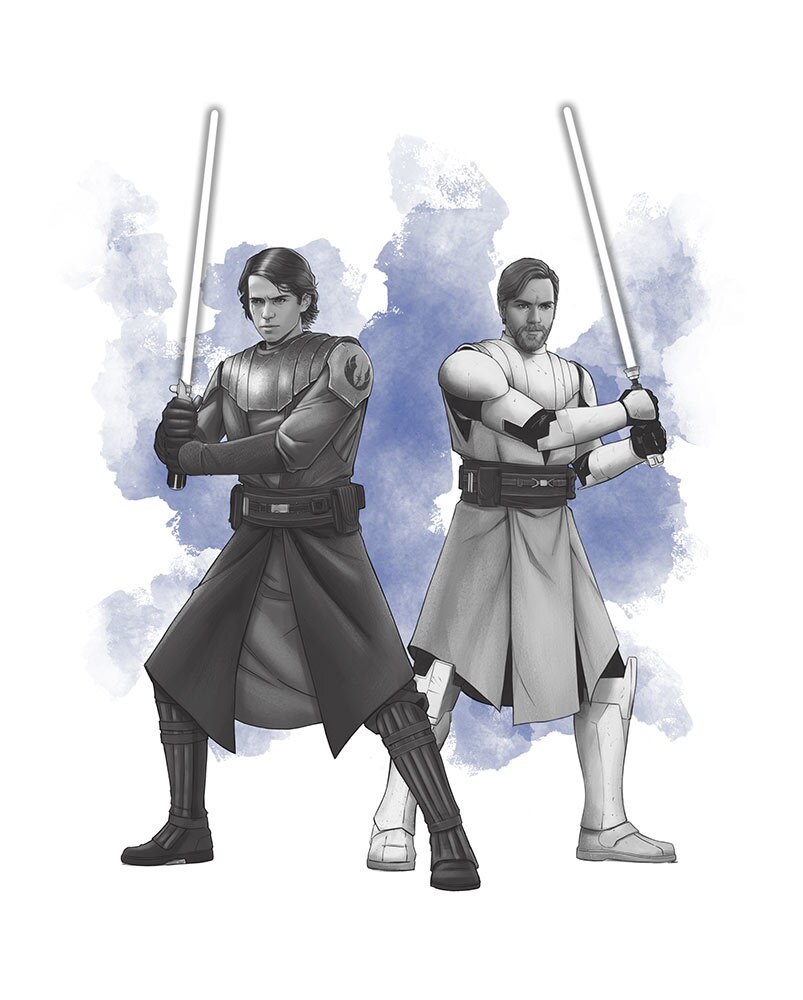 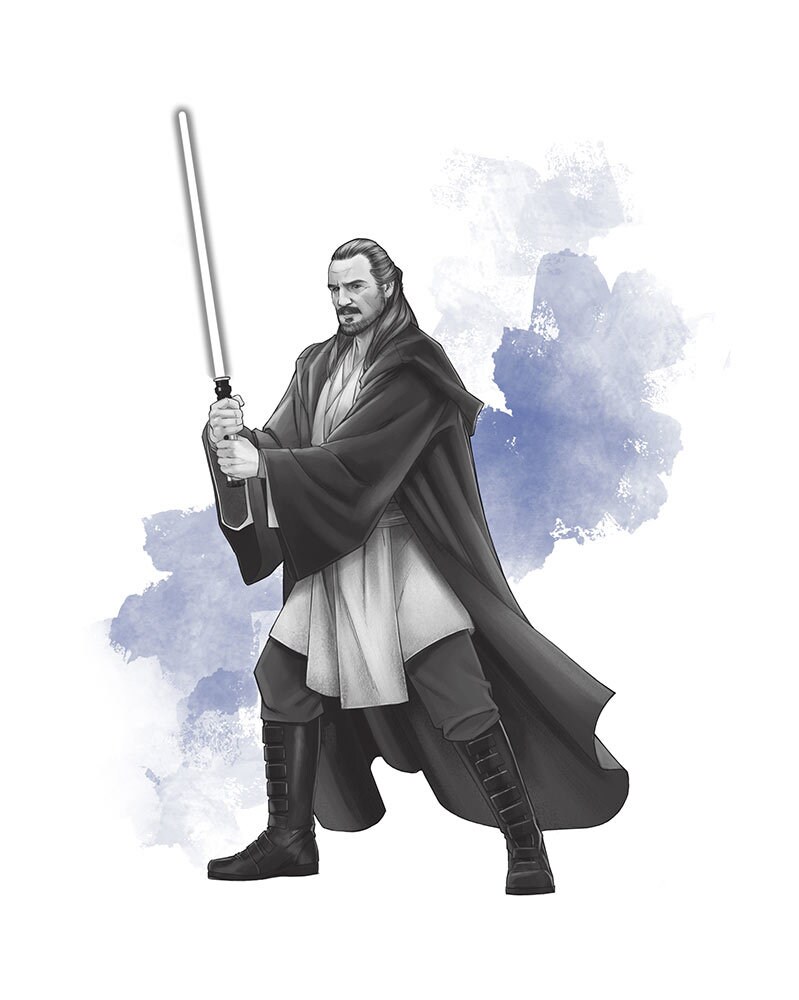 1. Executive editor Jennifer Heddle has a super-secret method for finding new voices. Well, not so secret now. Stories of Jedi and Sith features veterans of the galaxy far, far away alongside authors who are making their first forays into Star Wars, like Roseanne A. Brown. Heddle said once she finds an author she might like to work with, she looks on social media to see if they’ve ever talked about Star Wars. “I play private detective on Twitter,” she said.

She also found cover and interior artist Jake Bartok with the same method. Interior art of Qui-Gon Jinn and more was shown for the first time. “It was Incredibly fun to just be let loose and draw them,” Bartok said. 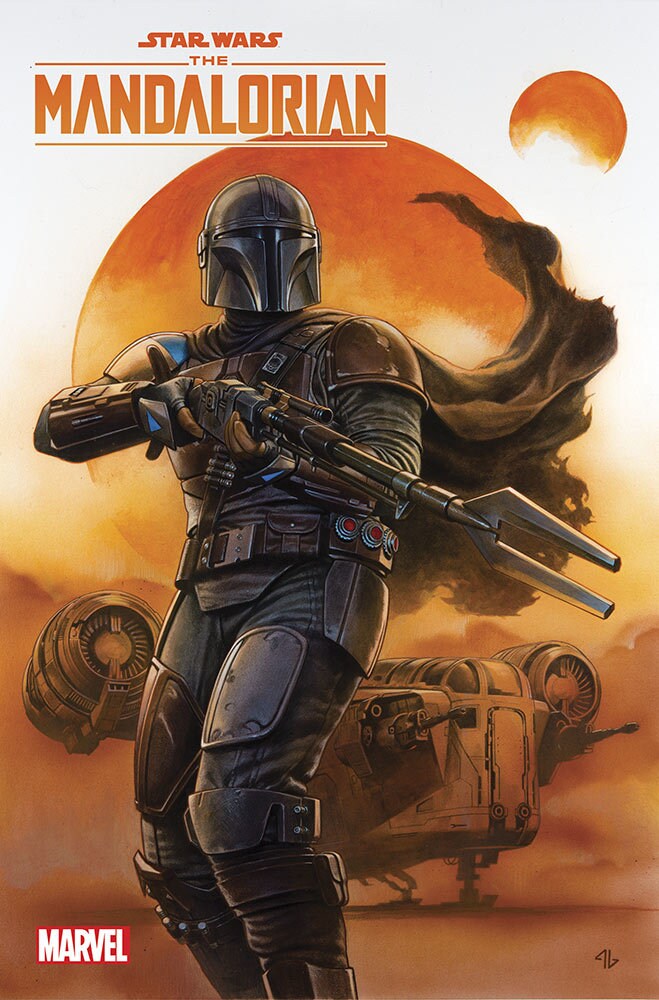 2. The Mandalorian #1 preorders are in the hundreds of thousands, said Mike Siglain. The Marvel Comics eight-issue adaptation of the hit series’ first season is quickly becoming a must-have for Mando fans. “It’s the easiest gig I’ve ever had and the toughest at the same time,” said writer Rodney Barnes. The easy part is having an existing story to work from, he continued, but pacing and plotting an episode of the series into one book is a challenge.

Barnes also mentioned the upcoming fiction in Star Wars Insider that will follow Jedi Master Mace Windu on an adventure during the Clone Wars. “Mace thinks some Sith are up to really bad, Sithy stuff,” he teased. 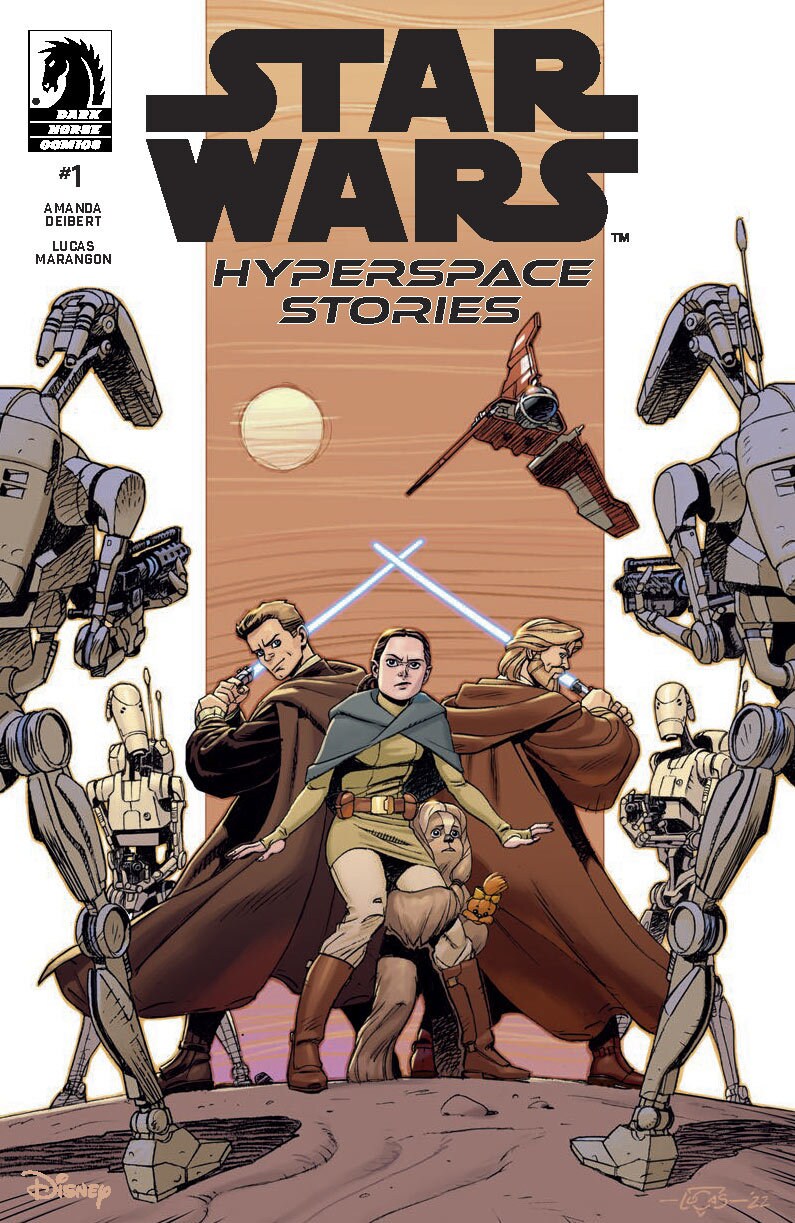 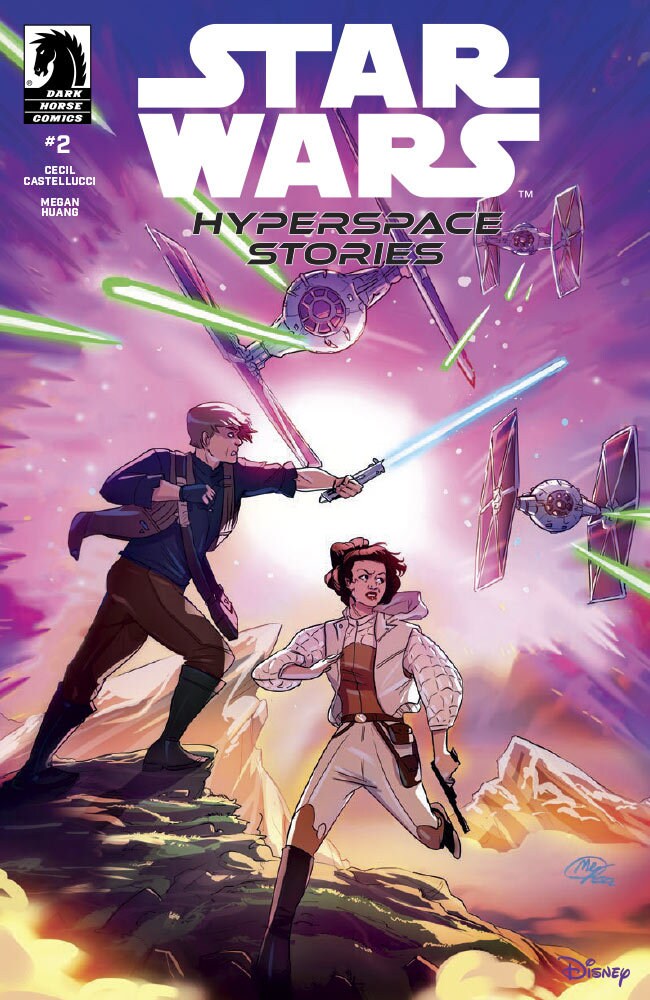 3. Star Wars: Hyperspace Stories will hide a story within the story. Writer Amanda Diebert, writer of the series alongside Cecil Castellucci and Michael Moreci, told the energetic crowd to pay attention to the details as they read each issue of the Dark Horse Comics series. A story following one character and an item are scattered throughout the all-ages anthology comic series, and when put together chronologically they will tell a complete tale. “It’s really fun and I’m really excited about it,” Diebert said. Look for Hyperspace Stories in August. 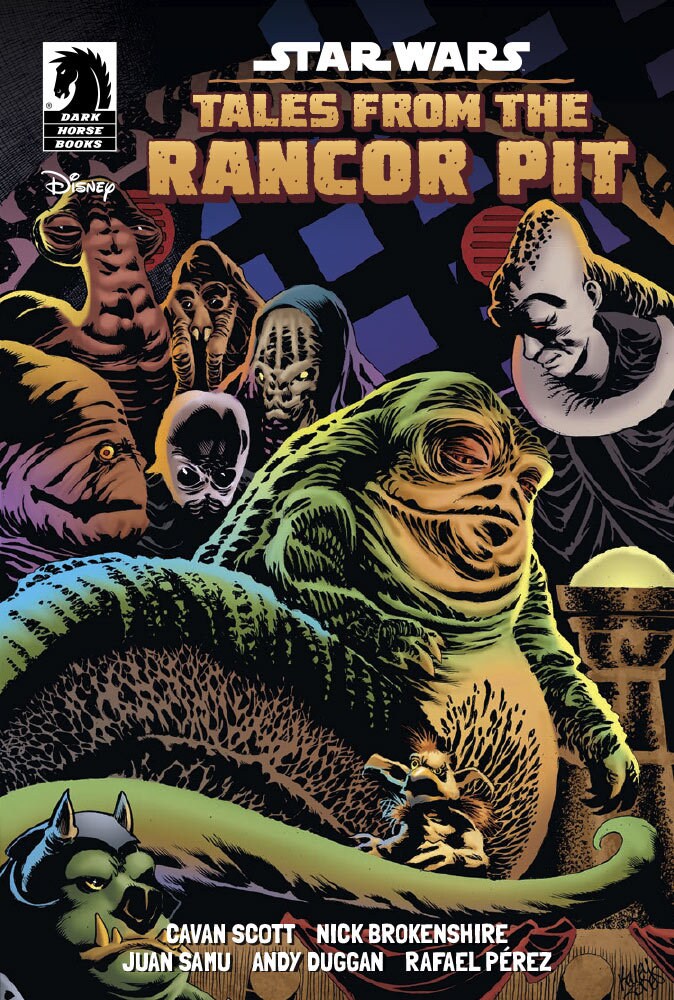 4. Baby wampas are really cute and also terrifying. Cavan Scott teased a little of what we can expect in Star Wars: Tales from the Rancor Pit, a Halloween-themed comic series following in the tradition of Star Wars: Tales from Vader’s Castle. Baby wampas, droid ghosts, and High Republic adventurer Ty Yorrick are just a few of the things Scott has in store. “[The book] is creepy and enjoyable,” said Siglain. 5. We’re not done with Starlight Beacon quite yet. Star Wars Insider: The High Republic: Starlight Stories is a collection of all of the High Republic stories from Phase I. The glittering, serene space station floats in a field of stars in the newly revealed cover artwork. The stories focus on the people doing their jobs keeping the station running from day to day. While they seemed doomed to a grim fate, Scott hinted there might be hope yet. “You haven’t seen the last of them,” he said.

6. More High Republic goodness -- and maybe some secrets -- are coming soon in a new non-fiction book. Chronicles of the Jedi: An Illustrated Guide to the Galaxy’s Golden Age from Insight Editions, written by Cole Horton, is an in-universe, illustrated look at the High Republic. “I would read this book closely when it comes out at the end of the year,” Siglain teased. “It may have some key information about Phase II and possibly Phase III in it. This is definitely one to watch.”