Plus, this Halloween a trilogy of terror, Star Wars: Tales from the Rancor Pit, invites you back to Tatooine for a chilling visit to Jabba's Palace.

StarWars.com is excited to reveal art and details about the two titles: Star Wars: Hyperspace Stories and Star Wars: Tales from the Rancor Pit. 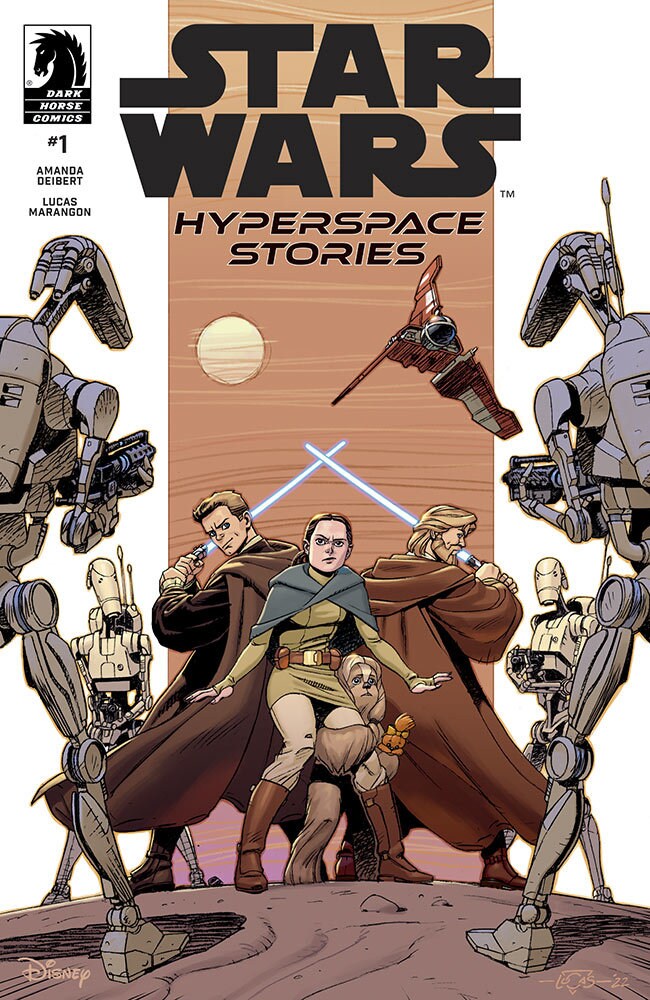 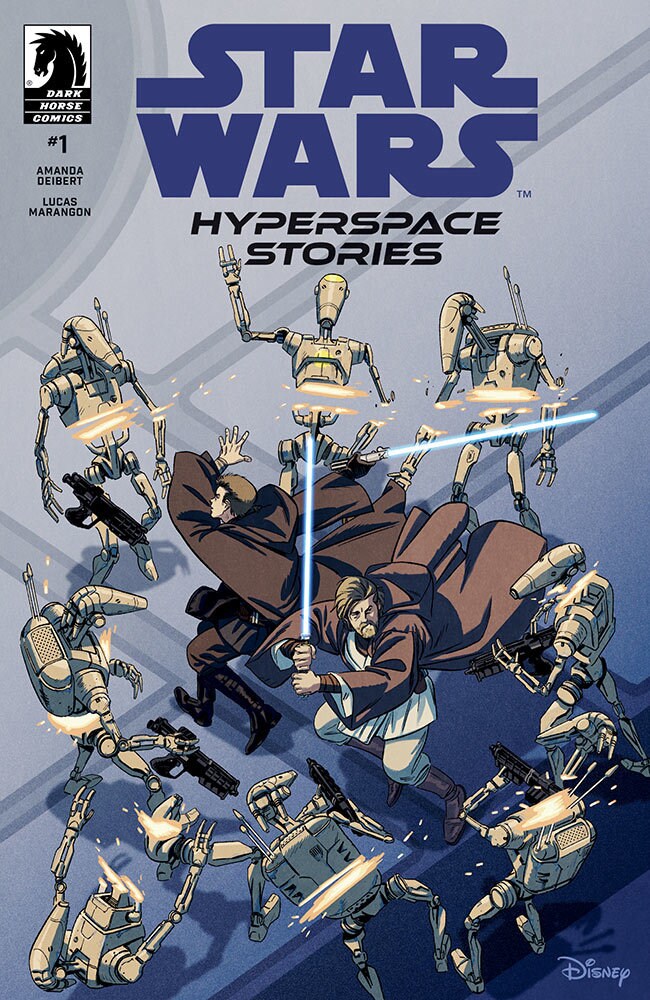 Available this summer, Star Wars: Hyperspace Stories is a new anthology comics series featuring tales set in every era of the Star Wars timeline and starring fan-favorite heroes and villains. With stories from a variety of all-star creators including writers Cecil Castelluci, Michael Moreci, and Amanda Deibert, issue #1, from Deibert and Star Wars Tales artist Lucas Marangon, kicks off the run with a story set during the Clone Wars. When members of a Republic mission led by Senator Padmé Amidala are abducted by the ruthless Separatist General Grievous, Jedi Anakin Skywalker and Obi-Wan Kenobi leap to the rescue. But the operation quickly goes awry...

"We are thrilled to be working with Dark Horse -- and with Cecil, Amanda, and Michael -- on Hyperspace Stories," says Lucasfilm Publishing's Creative Director Michael Siglain. "Fans of all ages will be treated to action-packed, exciting, and emotional stories that just may be more connected than they seem." 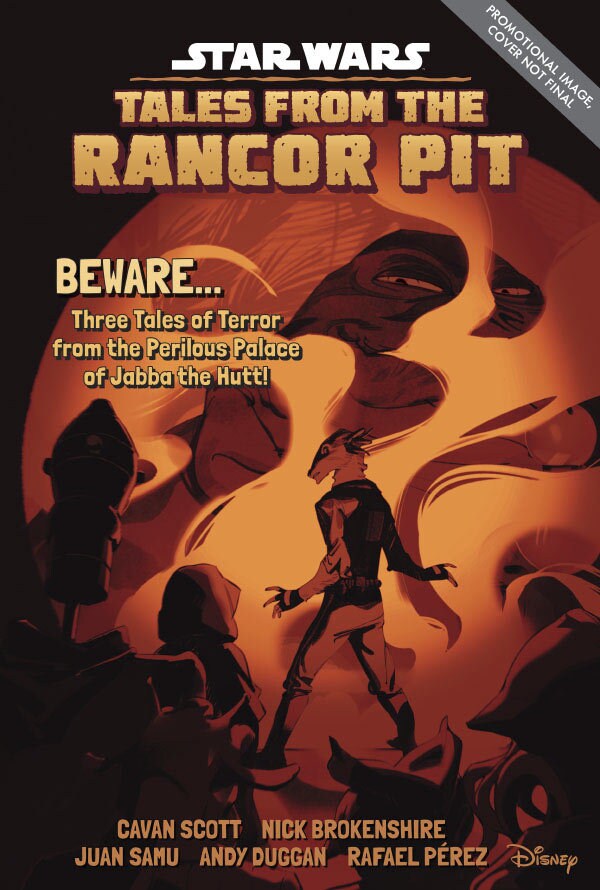 Then this fall, Star Wars: Tales from the Rancor Pit continues the tradition of frighteningly fun stories for Halloween. Cavan Scott, the New York Times bestselling author and writer behind Marvel's Star Wars: The High Republic and IDW's Tales from Vader’s Castle series, teams up with Star Wars Adventures artist Nick Brokenshire, and other fan-favorite artists Juan Samu, Rafael Pérez, and Andy Duggan for a trio of terrifying tales. Set amid a backdrop of a dark and stormy night on Tatooine in the dungeon of Jabba the Hutt, the creepy offering includes clanking droid ghosts, the chilling wampa caves of Hoth, and a monster hunt with Saber-For-Hire Ty Yorrick. "Lucasfilm Publishing has a wonderful tradition of working with Cavan on creepy comic anthologies at Halloween, and this year is no different," says Siglain. "Our latest terrifying tales come from the dreaded depths of Jabba the Hutt's Rancor Pit, and once again, Cav and team have plenty of monster mayhem in store for readers of all ages."


"Dark Horse has a long history with the Star Wars franchise and I’m not shy about admitting that I personally saw the original film nineteen times during its initial release," adds Mike Richardson, Dark Horse Comics founder and CEO. "I am thrilled Dark Horse is once again bringing new stories to life featuring the characters populating this incredible galaxy. I can assure you that we are approaching this legendary franchise with the same passion and dedication that we brought to it for more than two decades."

Look for more details about these titles and more during Star Wars Celebration Anaheim next week!

For more on this and other news, watch the latest episode of This Week! In Star Wars below.

Star Wars: Hyperspace Stories #1, an all-ages adventure, arrives in comic shops August 10, 2022. It is available for pre-order at your local comic shop with a variant cover by artist Miguel Valderrama.

Star Wars: Tales from the Rancor’s Pit is available for pre-order now and arrives in comic shops on October 19, 2022 and in bookstores October 18, 2022.