5 of the Scariest Star Wars Sidekicks

It’s not always the big baddies you have to worry about. It’s who’s next to them.

There are plenty of monsters in Star Wars, but sometimes the most frightening things aren’t creatures with razor-sharp teeth. Sometimes scary can come in the form of a cool mercenary, a mad doctor, or a small pet with a haunting laugh. They come from the underworld and the ranks of the First Order, but what unites them is that they have all partnered with the most notorious criminals and scoundrels in the galaxy. This menacing group are not Sith, nor are they warriors for the dark side; the characters on this list are in a fearsome class all their own. So in the spirit of Halloween, here are five of the scariest sidekicks in Star Wars! 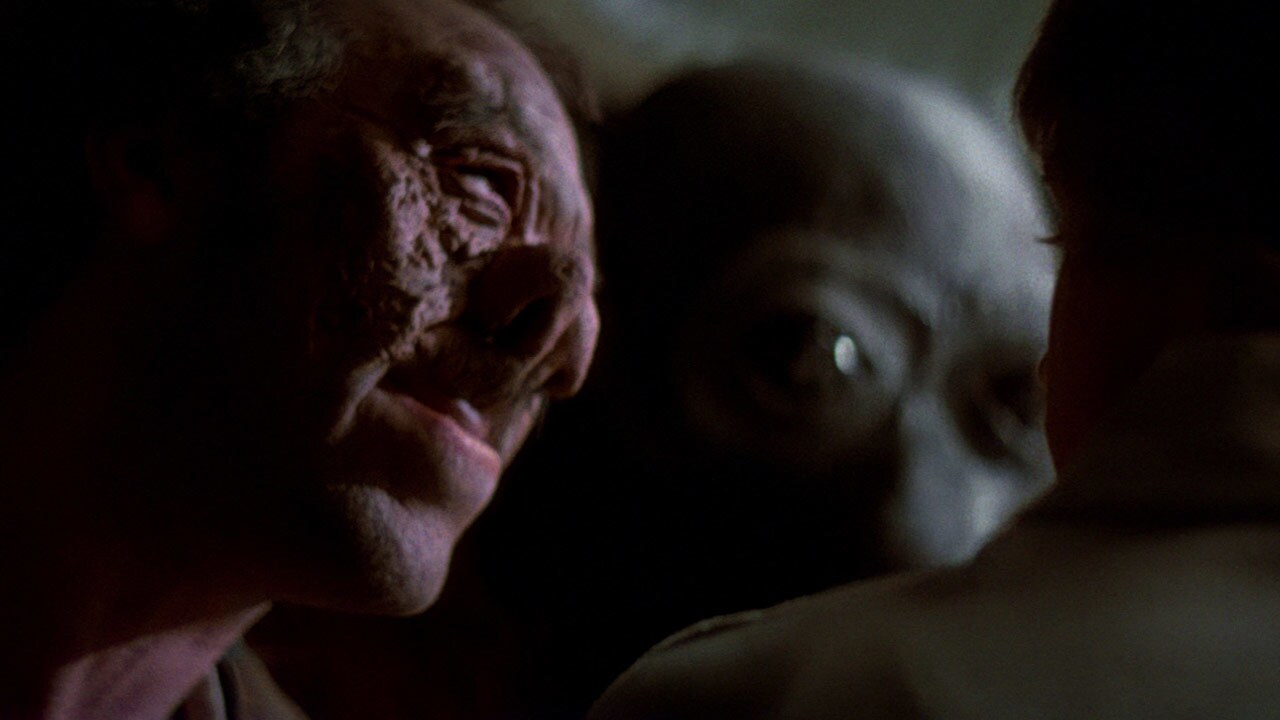 When it comes to Dr. Evazan and Ponda Baba, it’s not clear who’s the true sidekick in their friendship. However, Dr. Evazan earned his place on this list because even though they’re wanted men, it’s the doctor who has the death sentence in 12 systems. Once a promising cosmetic surgeon, Dr. Evazan is known in the galaxy for conducting cruel experiments and leaving his patients dismembered or horrifically mutilated, like the Decraniated, seen in Solo: A Star Wars Story. Eventually, he joined forces with Ponda Baba after the Aqualish saved his life, and together, they committed crimes throughout the galaxy. Dr. Evazan is unpredictable, brash, and as it turns out, not the best sidekick to have by your side in a bar fight with a Jedi. But if a limb is cut off in the process, Dr. Evazan will be happy to operate.

She is mysterious, powerful, and a cool cat that’s unshakable under pressure. Fennec Shand is a person anyone would want by their side, especially if they’re up against an army of dark troopers. However enemies of Fennec beware -- her deadly sniper skills give her the advantage of attacking from any angle, and without making a sound. Not to mention she almost never misses a shot. She’s also highly skilled in hand-to-hand combat and can take down anyone or anything. Fennec is a mercenary and bounty hunter, so the only loyalty she has is to herself. That is until Boba Fett discovers Fennec left for dead in the Tatooine desert. After Fett saves her life, Fennec vows an oath of loyalty to him and together they become an unstoppable duo. After all, the only thing more menacing than one bounty hunter is two working together. 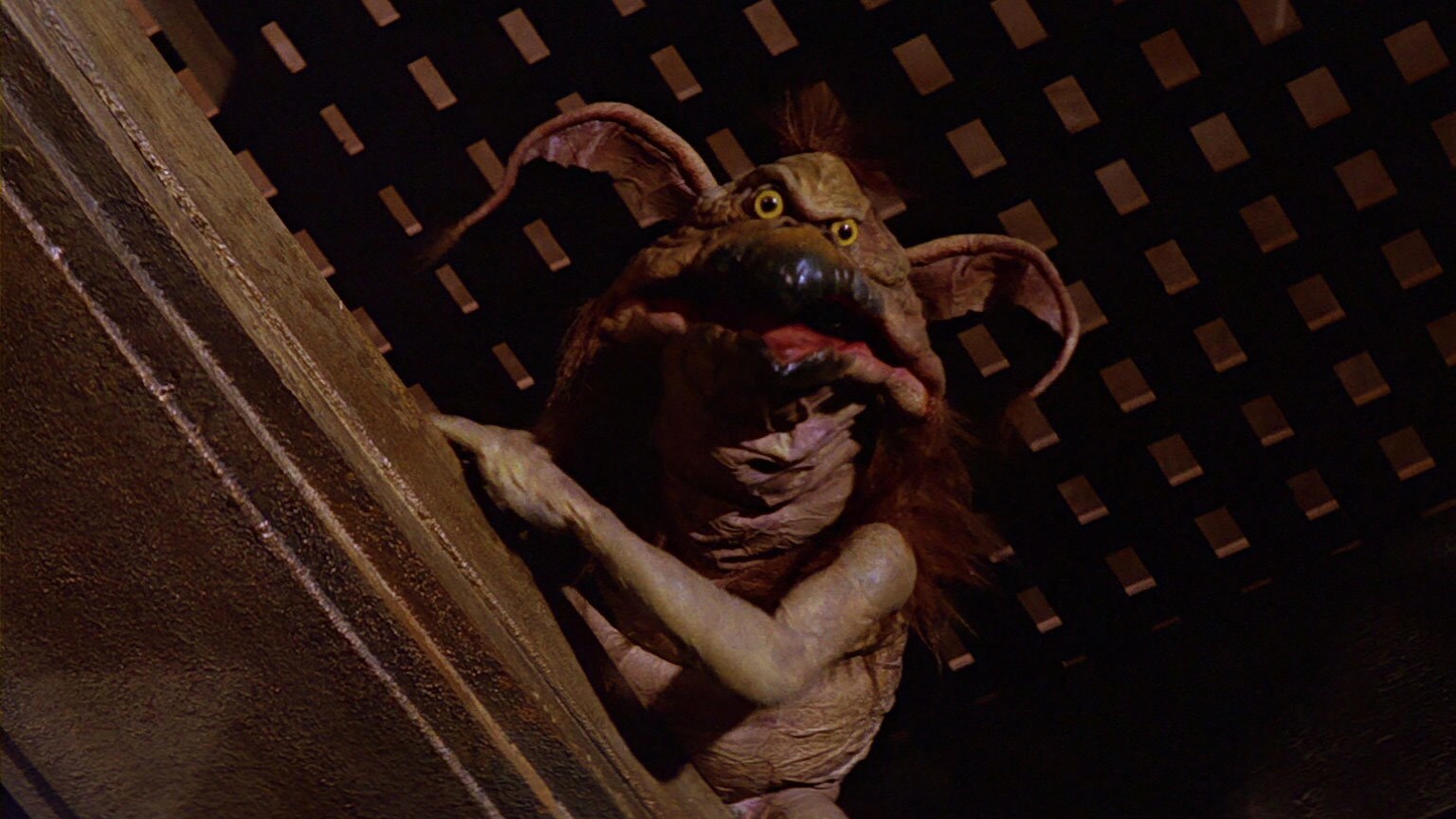 One might laugh at the idea that Salacious B. Crumb should be feared. But when it comes to this Kowakian-monkey lizard, he’s scarier than you might think! Nestled in the folds of Jabba’s tail, Salacious seems cute upon first glance. Their friendship would be sweet if it didn’t wreak havoc on everyone else around them. From torture to deadly bargains, Salacious is always right by Jabba’s side, laughing and egging him on. Throw someone in the rancor pit? Salacious squeals with delight. Threaten a Jedi? He cackles in approval. He’s clearly entertained by others’ pain and misfortune. Sure, he’s small but that doesn’t matter because he’s connected to one of the most powerful gangsters in the Outer Rim. It’s wise not to mess with Salacious, unless you enjoy hearing him laugh...as you fall through the trap door.

Every good villain needs a trusted henchman to do their bidding. In the case of Supreme Leader Snoke, General Hux willingly takes on the role of devoted minion. Armitage Hux craves order and power. He is obsessed with snuffing out the Resistance and maintains his authority by shouting at everyone around him. Because of his strained relationship with his father, Commandant Brendol Hux, Armitage sees Snoke as both his fearless leader and a paternal figure. He relishes whenever Snoke gives him orders directly and he’ll do anything and harm anyone to win Snoke’s approval. Whenever Hux’s rival Kylo Ren is around, their relationship turns into two siblings fighting for their parent’s attention. General Hux is a loyal sidekick to Snoke, but when the Supreme Leader falls at the hands of Kylo Ren, he ditches his total devotion for revenge. What’s not to love about Chewie? He’s a loyal pal, a sweet fuzzball, and he gives warm Wookiee hugs. Chewbacca may be a good friend of Han Solo’s, but he’s no friend of the Empire or First Order. To his enemies, Chewbacca is a warrior and a Wookiee to be feared. Everyone understands it’s not wise to upset a Wookiee, especially since they’ve been known to pull people’s arms out of their sockets. They may be buddies now, but when the two first met, Han was on the receiving end of the Wookiee’s anger. When Chewie gets angry, he becomes a beast. His soothing growl transforms into a monstrous roar. His long Wookiee arms can whip anyone around and with one body blow, it’s lights out for his opponent. Chewie is also a skilled marksman with his bowcaster, a destructive weapon that he’s customized himself. And when it comes to defending his friends, he will stop at nothing to protect them. He’s a fiercely loyal companion, but if you ever play holochess against Chewbacca, always let the Wookiee win.

Join the Bad Batch with a DIY Hunter Headband