Host Jordan Hembrough, Lucasfilm's Matt Martin, and fans featured on the new show gathered for a special discussion on Friday.

On Friday at New York Comic Con, Matt Martin of Lucasfilm Story Group and Jordan Hembrough (Toy Hunter) took a deeper dive into Lucasfilm's new digital series, Our Star Wars Stories, which focuses on fans' amazing journeys with the saga. In the panel, Martin (moderator and a producer of the show) and Hembrough (host and producer), talked about the production of Our Star Wars Stories from conception to finish, and were joined by four of the fans interviewed for the show: Albin Johnson, Christina Cato, Robin Bocra, and FJ DeRobertis.


The story of Our Star Wars Stories

The panel started with a trailer of Our Star Wars Stories and what we can expect from the exciting digital series. “It’s a weekly series,” said Martin about the show, “There’s going to be five episodes in this first season.”

Hembrough talked about his passion for collecting Star Wars toys and how he wanted to seek out other collectors and tell their stories. “I’m transitioning from hearing all of these wonderful stories from people around the world who have these collections to actually being a vehicle and telling them to the world,” said Hembrough. 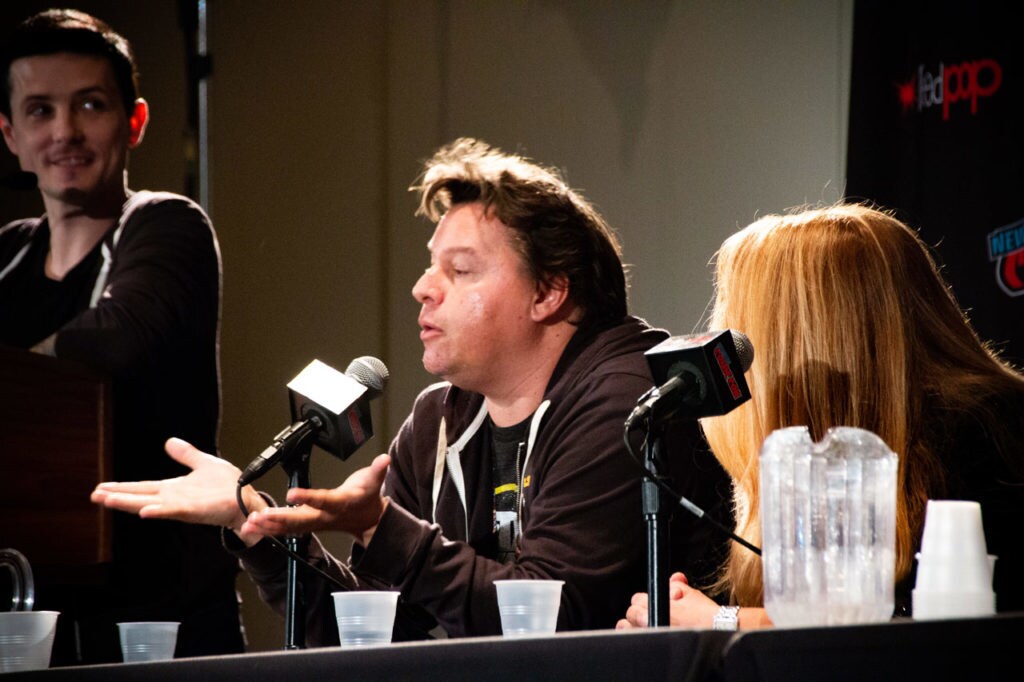 The conception of the first season for Our Star Wars Stories was challenging because of how difficult it was to select five individuals over the thousands to be chosen from. “We were all involved with sifting through these incredible stories from, not just the country, but all over the world,” said Hembrough about the series. He hopes that Our Star Wars Stories will be a show that inspires other Star Wars fans by embracing their fanhood.

After the outline of the series, the four panelists who were on the show gave brief introductions and talked about their experience filming their episodes.

Albin Johnson was on Our Star Wars Stories’ first episode that premiered on October 2. Johnson is the founder of the 501st Legion and has been a fan of the saga since its premiere in 1977. Star Wars holds a very personal place in his life and he’s helped thousands of Star Wars fans around the world find their passion through the 501st Legion. You can watch his episode above. 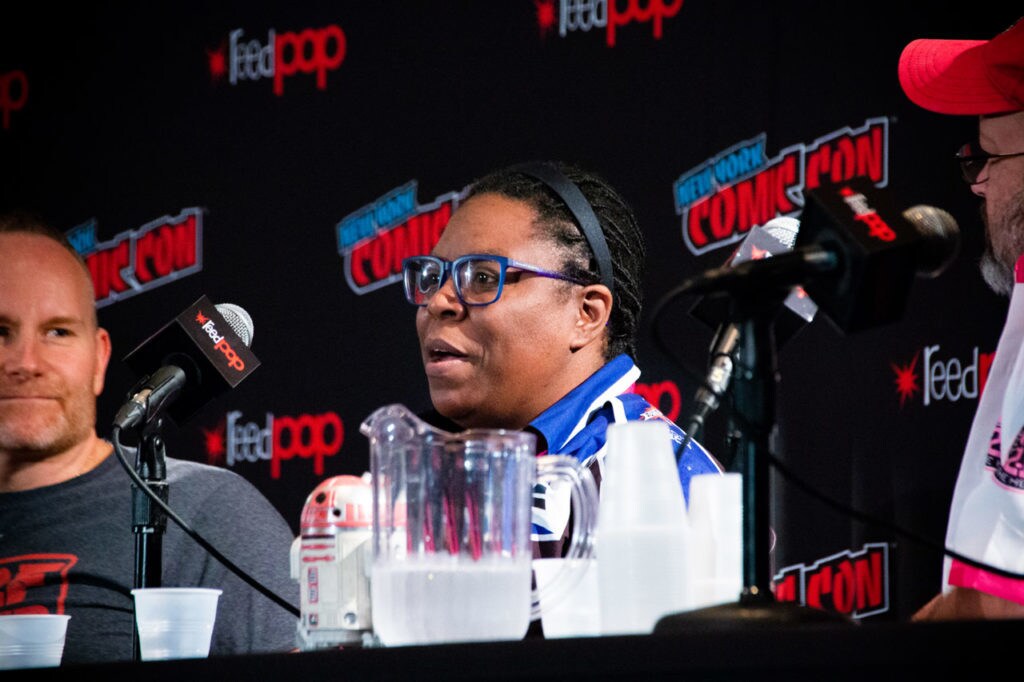 Cato is a droid builder and a member of the 501st Legion. She was also involved in a documentary called Looking for Leia -- a six-part docu-series that focuses on women in Star Wars fandom. The director of Looking for Leia gave Cato’s story to Hembrough and, when Cato was contacted for the series, she said she was really honored to be a part of it. “I really wanted to inspire people,” said Cato. She wanted to provide a platform where women who built droids in the Star Wars community can gather and be together. The Stardust Builders Initiative, which she co-founded with Naila Browne, Nancy Owens Schunke, and Madeline Anderson, was a way of creating that space for the female fandom. 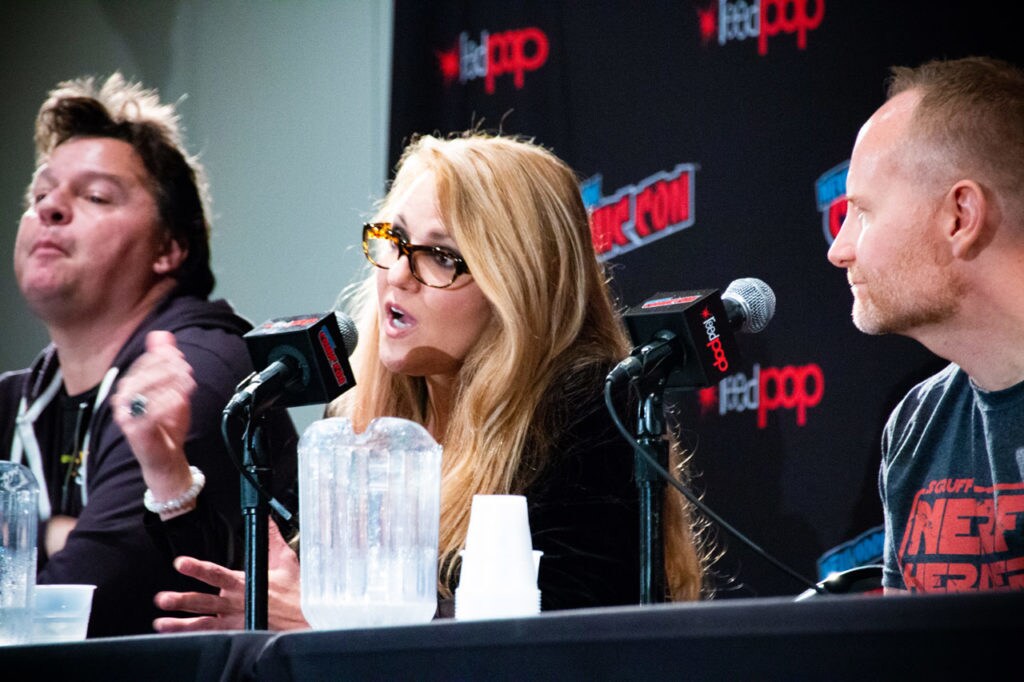 Bocra is a collector of vintage Star Wars toys and prides herself on having “one of the largest collections” of vintage toys amongst women collectors. Hembrough reached out to her because of this collection and asked her to be on the series.

“Star Wars is our communal bond,” said Bocra. She’s a lifelong fan of Star Wars and believes that it is a passion to be shared by everyone. Bocra’s story will debut Tuesday, October 9. 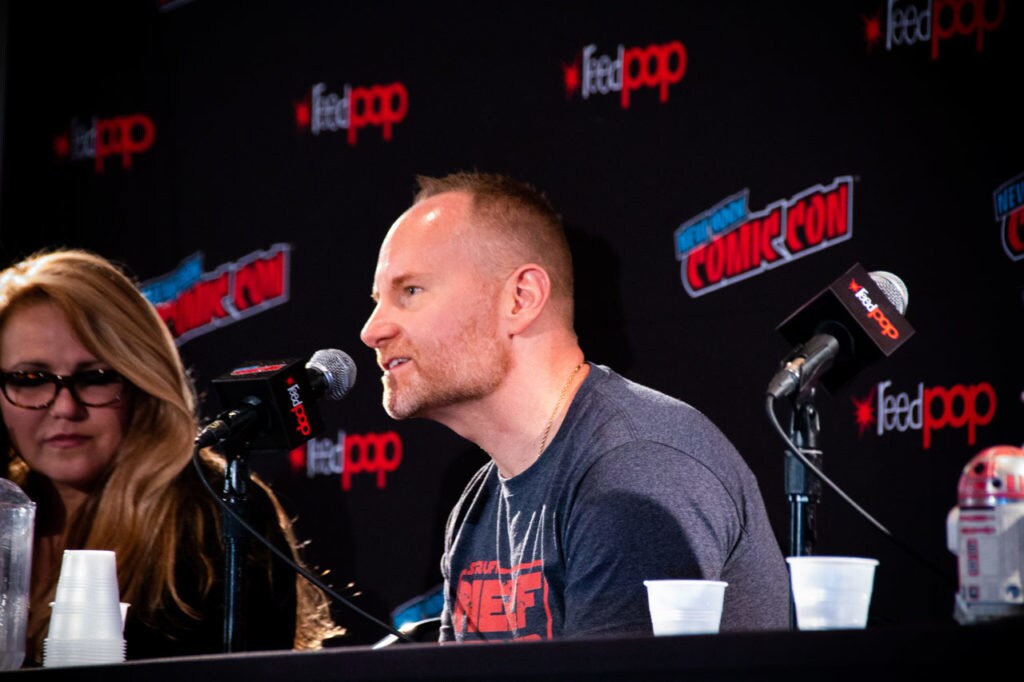 DeRobertis and Hembrough had already shared a friendship prior to filming this series because of their love of Star Wars action figures. DeRobertis submitted his story due to reconnecting with Hembrough years later; when he found out that he was accepted, it was one of the most exciting moments of his life.

“I was influenced by Star Wars from a very young age,” said DeRobertis, acknowledging that Star Wars taught him the important lesson of self-acceptance, and was a large part of his bond he shared with his father. 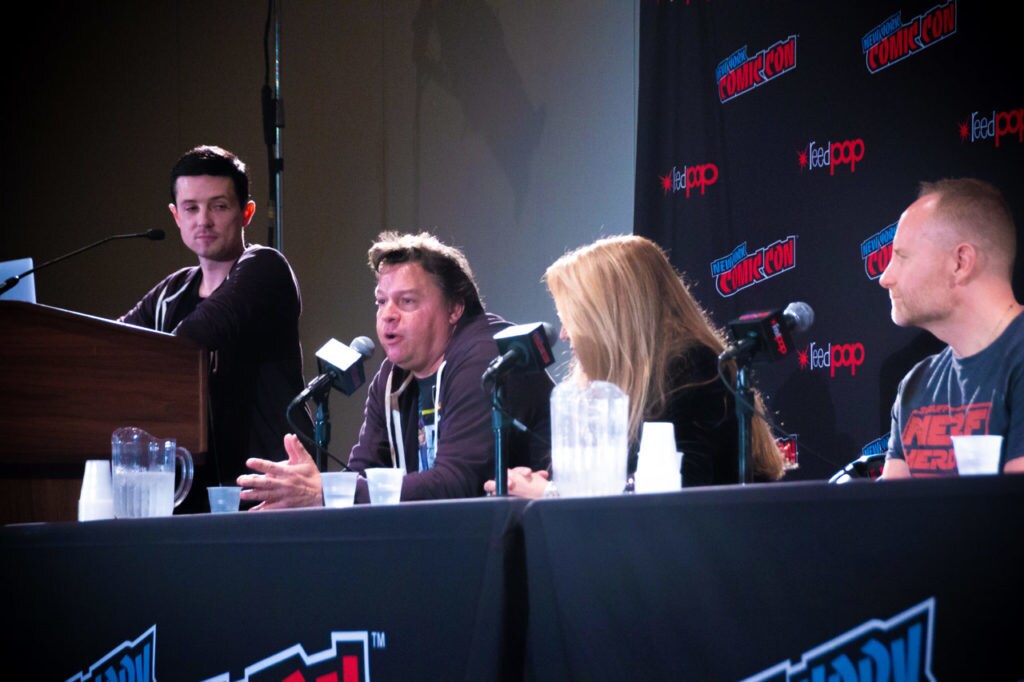 The entire run of episodes was shot in a week, according to Martin. The crew for the series traveled from the East Coast to the West Coast in order to interview the five selected subjects. “It was ‘hit the ground running’ and shoot,” recalled Hembrough. “We had a small crew and it was really great because we all shared this bonding experience.”

The panelists were asked how they prepared for their interviews, and all four said they spent the time cleaning and organizing their collections and home. “I dusted every square inch of my collection,” said DeRobertis.

Cato had just moved to her new place before the shoot date, and she recalled having to unpack as quickly as possible while getting everything organized, and also get some droid repairs done in time. 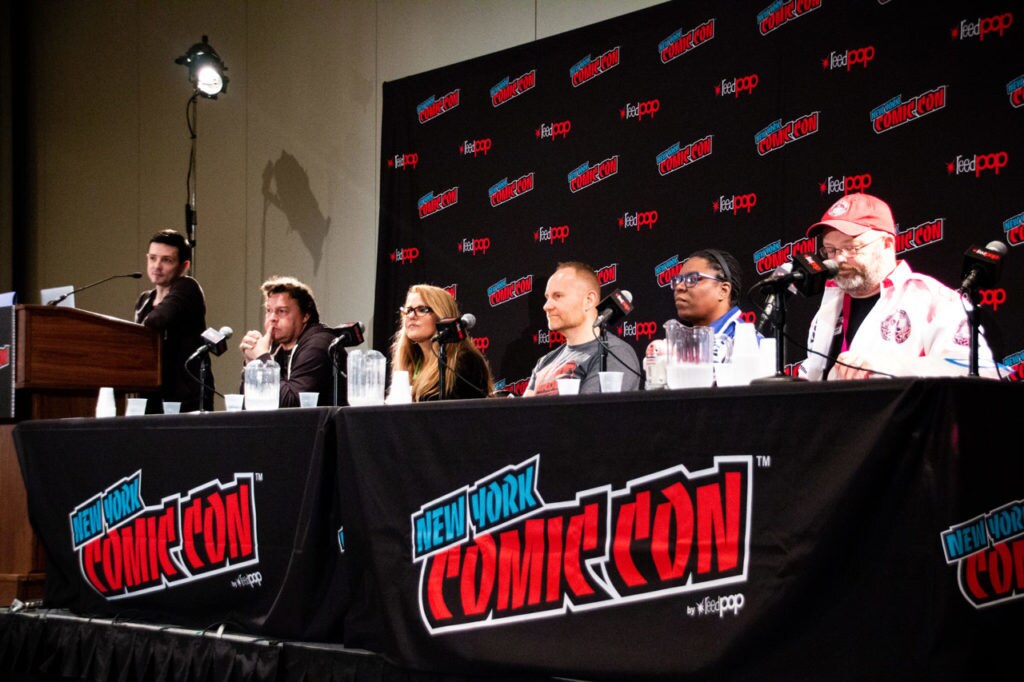 The panel continued with a recollection of Star Wars experiences that affected the panelists. DeRobertis recalled how much of a strong bond he shared with his dad, who recently passed away. “I never realize how much Star Wars brought a connection to us,” he said. “It brought Star Wars into a whole new light for me.”

Similar to DeRobertis, Bocra shared a strong bond with her mother through collecting vintage Star Wars toys. She talked about the kinship that Star Wars fans share amongst each other. “It’s our love for this mutual idea of Star Wars and the feeling that it gives you,” said Bocra.

Johnson recalled the emotional experience he had while filming his episode of the series. He received a lot of negative pushback when he first launched the 501st Legion. “It was a dark time,” said Johnson. “You’re standing in a hotel at a giant convention and holding a sign and other fans are laughing at you about wanting to join that club.” Even after these negative experiences, Johnson still pushed through to make the Legion work.

The panel ended with a Q&A from the audience and an exclusive clip from an upcoming show in the Our Star Wars Stories series featuring an interview with the Perales family -- a cosplaying family with a passion for Star Wars Rebels characters.