Our Star Wars Stories: What Is Your Most Prized Star Wars Possession?

In StarWars.com's new digital series Our Star Wars Stories, Jordan Hembrough travels the country talking to fans about the many ways that Star Wars has impacted their lives. In addition to the series, we've asked these fans some essential Star Wars questions. This week, Christina Cato answers a big one: What is your most prized Star Wars possession? Watch her response below!


But that's not all -- we also posed this question to some Lucasfilm employees. Check out their answers, and let us know your pick in the comments! 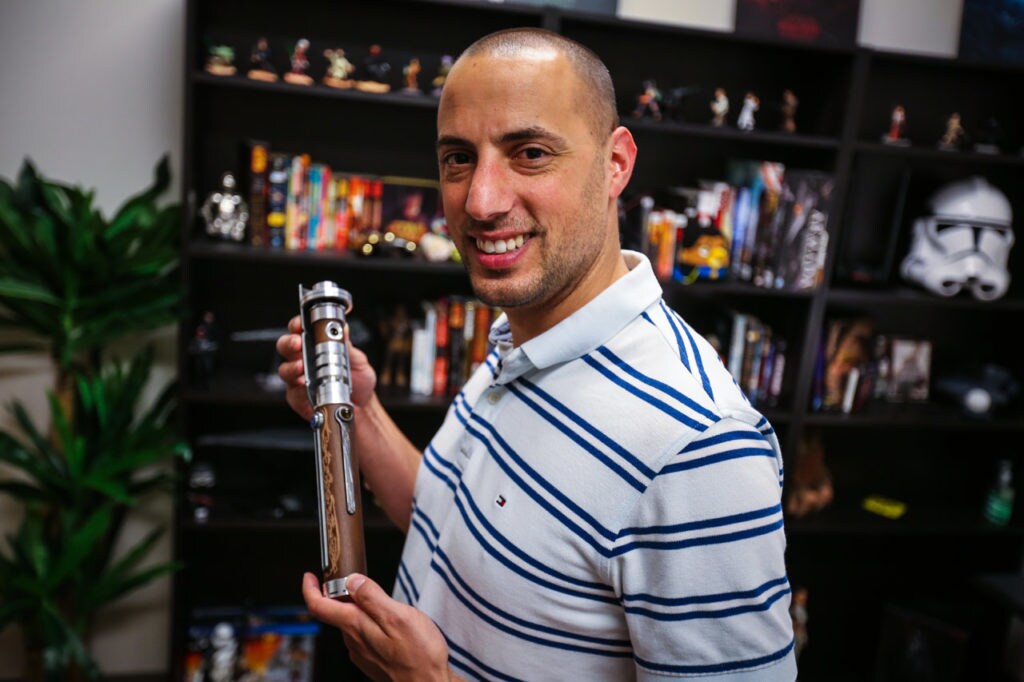 "The Orgus Din lightsaber hilt is a prized artifact of my career in Star Wars gaming. It was given to the team who worked on and launched the Star Wars: The Old Republic MMO. That was the first project I really launched from beginning to end. I did launch other titles, but for those, I always came in later in the process. With SWTOR, I was there at the beginning and had the chance to make an impact on the game. It was exciting and exhausting at the same time. I remember on launch day, the QA team and I were at the offices at 4 a.m., just to jump on the servers as soon as they opened. We were creating characters and playing from day one. It was great to see an project go from just an idea and a small demo to a massive and amazing MMO. Holding that lightsaber reminds me of all those moments." - Marco Crescenti (Producer, Lucasfilm Games Team) "My most prized Star Wars possession is one of Carrie Fisher's personal Star Wars scrapbooks, which I won at her estate auction. It's labeled "Volume 11" so she must have had a lot of them. Only two were released for public auction. It contains various magazine and newspaper clippings of interviews, as well as mementos like an invitation to the original Star Wars premiere and a memo from "The Star Wars Corporation" in 1978 containing talking points for the actors about "Star Wars II."  My favorite piece is a newspaper clipping apparently given to Carrie by her mother Debbie Reynolds, who was upset that Carrie was putting herself down in interviews. Debbie underlined a quote of Carrie saying she wished she could be "as pretty as the picture of the Princess they use on the poster" and wrote next to it, "Are you kidding? You're 500% better!" (A note from Debbie is included: "This is what I meant! Stop it!", indicating they had discussed the issue before.) The scrapbook is a piece of film history, but also a very personal document. To me it's priceless." - Jennifer Heddle (Executive Editor for Fiction, Lucasfilm Publishing) 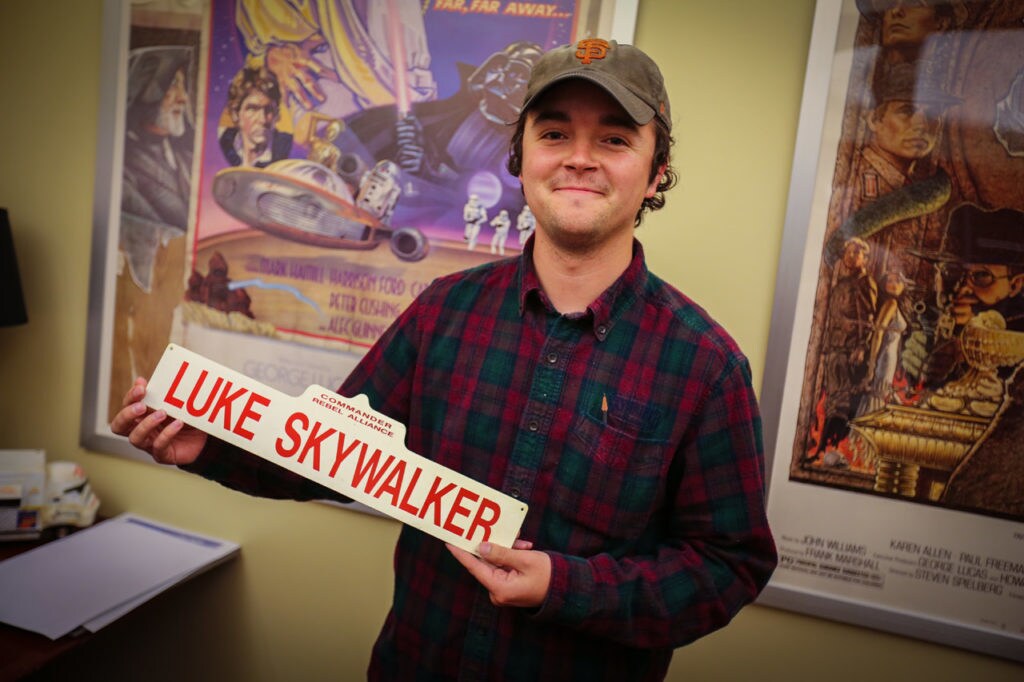 "My dad hung this 'Luke Skywalker - Commander Rebel Alliance' street sign over my bedroom door not long after I was born. In the early 1990s, Disneyland guests could pick up this exclusive product -- and others like it -- at the Star Trader in Tomorrowland. It’s real special to have something that goes back to my earliest memories enjoying movies with my family." - Lucas O. Seastrom (Publicity Writer, Lucasfilm)

In case you missed it, be sure to check out Christina's episode of Our Star Wars Stories.