Much to Learn You Still Have: 5 Things You Might Not Know About Kowakian Monkey-Lizards

Find out more about these impish creatures from the planet Kowak.

Much to Learn You Still Have is a rundown of trivia and fun facts, both in-universe and behind-the-scenes, about the aliens, droids, ships, and species of the Star Wars galaxy. Whether you’ve never set foot in a cantina or you’re a well-traveled Jedi Master, you’ll find the intel you need.

Kowakian monkey-lizards are more than meets the eye. Star Wars fans met their first monkey-lizard in Jabba’s Palace from Return of the Jedi. But did you know that Salacious Crumb was almost an unnamed, background alien until George Lucas and the crew fell in love with him? Or that monkey-lizards are born from eggs and live in tree nests?

Here are five things you might not have known about Kowakian monkey-lizards. 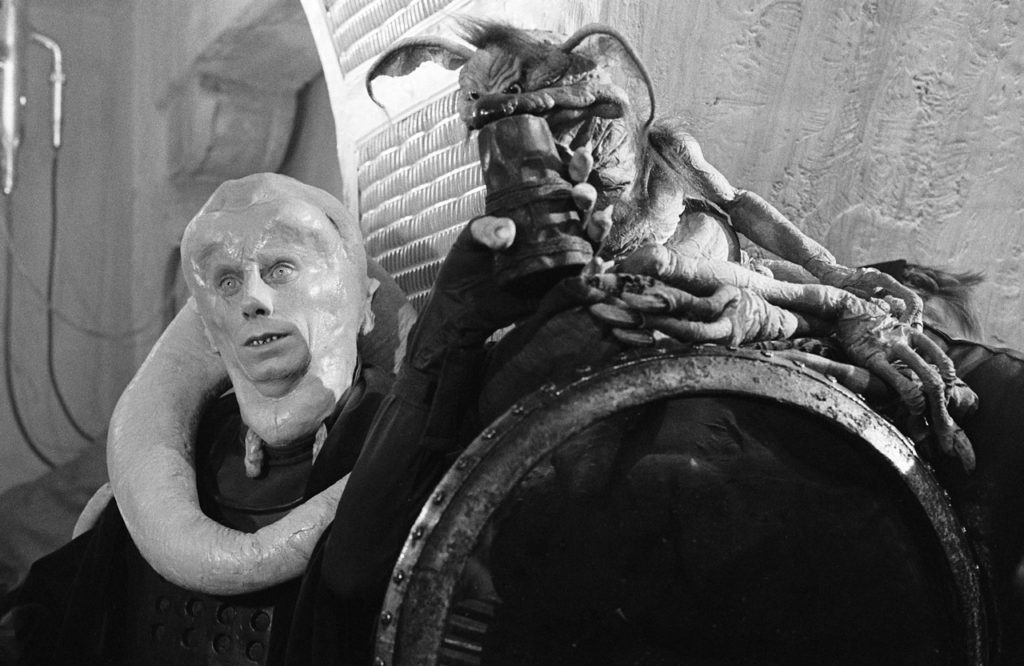 1. Out in the wild, Kowakian monkey-lizards work as a team.

Monkey-lizards out in the wild have been known to move in packs and are not often seen roaming alone. Although their groups aren't very structured, they do seem to assign members with different duties to maintain where they live.

Fun Fact #1: The leadership within a group of monkey-lizards usually goes to the oldest female. 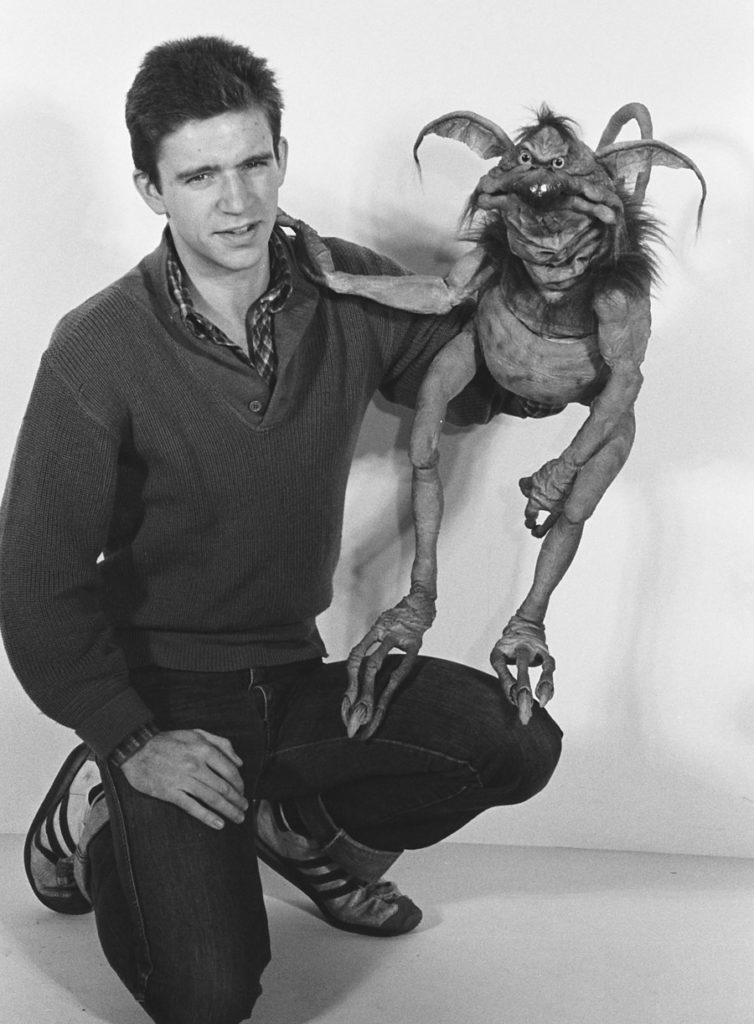 2. That shrill cackle can be very useful.

Many know the monkey-lizards by their boisterous laugh, but did you know the sound is useful for more than reacting to jokes? In the wild, monkey-lizards will use their signature laughs to ward off any oncoming predators. Since they are known to roam in packs, their laughter builds up to a powerful clamor, which helps keep away any unwanted guests.

3. They often have ties to the underworld.

Some monkey-lizards find themselves as pets to underworld kingpins. Salacious B. Crumb was the companion of Jabba the Hutt, the powerful gangster. Brothers Pilf Mukmuk and Pikk Mukmuk belonged to Hondo Ohnaka, the notorious pirate.

4. They're more than just pets.

They may be small, but monkey-lizards can do some damage. In Return of the Jedi, we see Salacious B. Crumb attack C-3PO’s eye on Jabba’s sail barge. We also see Pikk Mukmuk at the controls of a gunner tank doing some damage on the planet Felucia, when his owner Hondo Ohnaka is fighting with Anakin Skywalker. Pikk’s brother, Pilf, has also put Anakin in a tough spot by trying to crush him with a chandelier, although he obviously didn’t take Anakin’s Force abilities into account when coming up with his plan.

Fun Fact #3: Kowakian monkey-lizards are closely related to the Kowakian apes, the creature that terrorized Poe and Kaz on board a freighter in Star Wars Resistance. They both share the facial features of a bony beak and tufts of fur, but the Kowakian ape is much larger in size and strength. 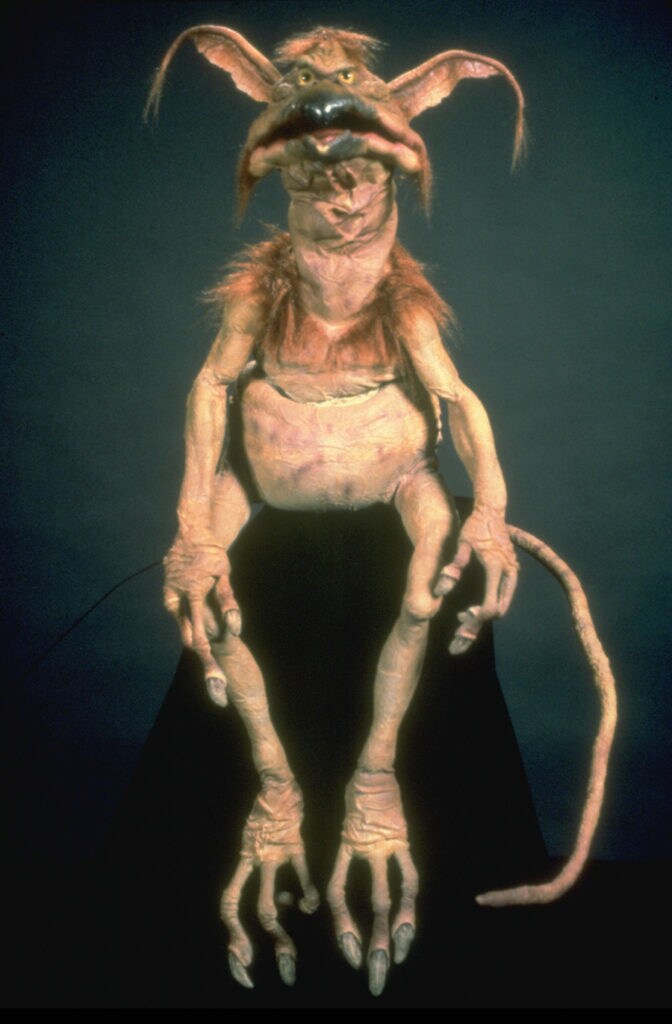 Ever wonder how Salacious B. Crumb got his name? The crew of Return of the Jedi and George Lucas had fallen in love with the little puppet  and Lucas tasked them to come up with a name for him. During a lunch outing with ILM’s Phil Tippett and others, Tippett noticed his shoe was untied. “Wait a minute guys while I tie my soolacious,” said Tippett as he bent down. A combination of the misspoken word and the name of comic artist Robert Crumb became the name of the most popular monkey-lizard.

Fun Fact #4: The original idea for the character of Salacious B. Crumb came from Ben Burtt. He said “Wouldn’t it be funny if there was a little tiny creature that sat on the shoulder of one of the creatures and repeated everything that the big creature said during the argument?”

And be sure to check out our "Much to Learn" segment feature on The Star Wars Show this week!

Amanda Jean Camarillo is an associate producer for The Star Wars Show. She is a big fan of droids, space waffles, and Loth-cats and spending her time with watching movies, crafting, and visiting Disney parks. You can find her on Twitter and Instagram and tell her about all your favorite Star Wars things.

4 Reasons Salacious Crumb is Scarier Than You Might Think