The Jedi Master remains true to his teachings as violence erupts on Tatooine.

There’s more to being a Jedi than lightsaber duels.

Marvel’s Star Wars: Obi-Wan miniseries has found the legendary Jedi Master recounting key events from his life in his personal journals. As the series reaches its final issue, the story follows the now Ben Kenobi on Tatooine -- shortly before he’d embark on his final adventure.

In StarWars.com’s exclusive first look at Obi-Wan #5, Kenobi surveys the aftermath of a clash between Tusken Raiders and stormtroopers. Still a Jedi to the core, he chooses compassion even when others might not…

Obi-Wan #5, written by Christopher Cantwell and illustrated by Adriana Melo, with a cover by Phil Noto, arrives September 14 and is available for pre-order now on ComiXology and at your local comic shop. 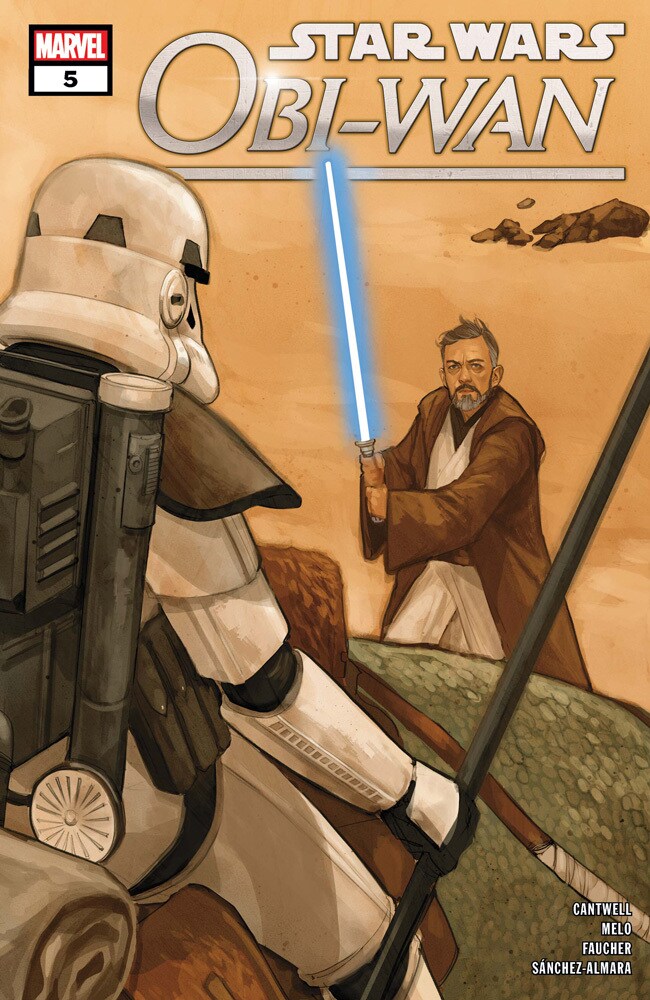 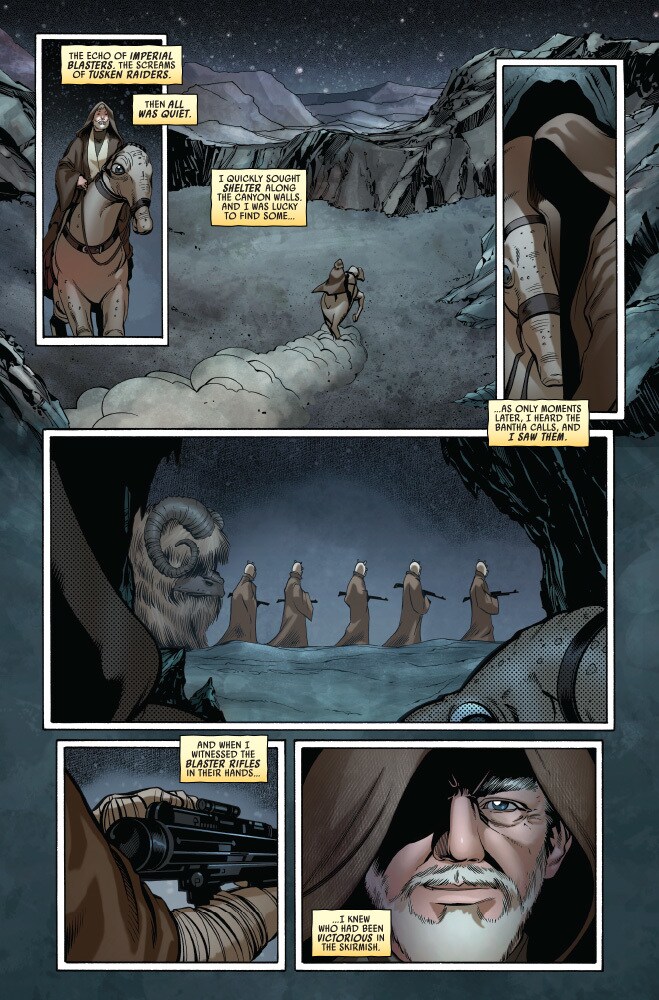 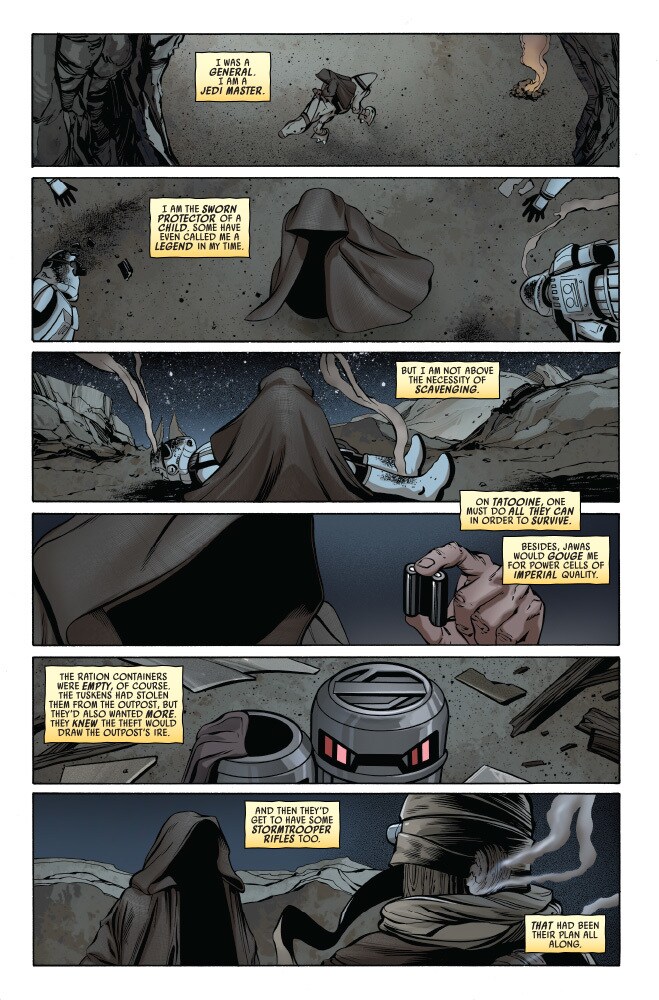 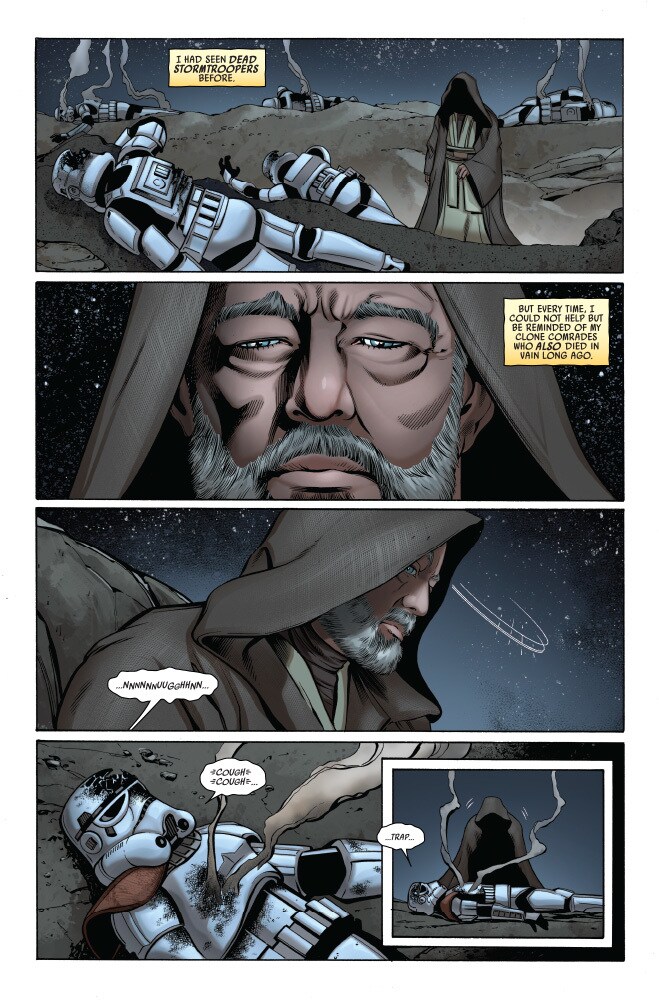 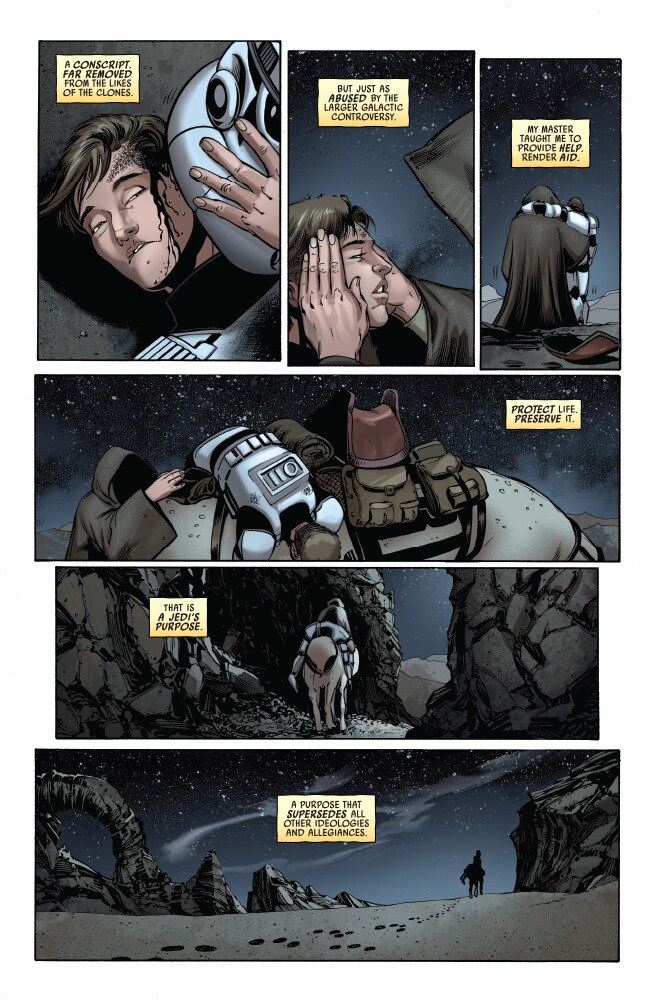