Learn how the metal-pecking birds, giant pig-beasts, and other strange creatures of The Force Awakens were brought to life.

The news about the release Star Wars: The Force Awakens was enough to push fans' excitement levels through the roof. By merely existing, it invigorated the fandom. Our entry back into the Star Wars universe introduced us to different locations, all manner of characters, fresh aspects of the mythology, and new creatures. If I had a pile of credits to shape my Star Wars collection, I'd dump them into toys of the myriad creatures in the films and animated series. Tauntauns, banthas, the Zillo Beast -- I'd happily display herds of them in my home.

The Force Awakens brought us strange animals we haven't seen before, and here are eight things you might not know about the newest creatures in the neighborhood.

1. Sacrificing for the Job

One of the rathtars Han had tucked away on the Eravana was in an especially cantankerous mood. When Han tried to flee in the Millennium Falcon, the rathtar tried to take a bite out of the beautiful spaceship and made a distinctive noise. The film's supervising sound editor David Acord dug deep to get that sound. "When the rathtar has his mouth on the cockpit of the Falcon, when it’s trying to eat the cockpit, that is me literally choking myself. [Laughs] Finger down my throat in front of the mic to accomplish that and then it’s pitched down," he told Nerdist. 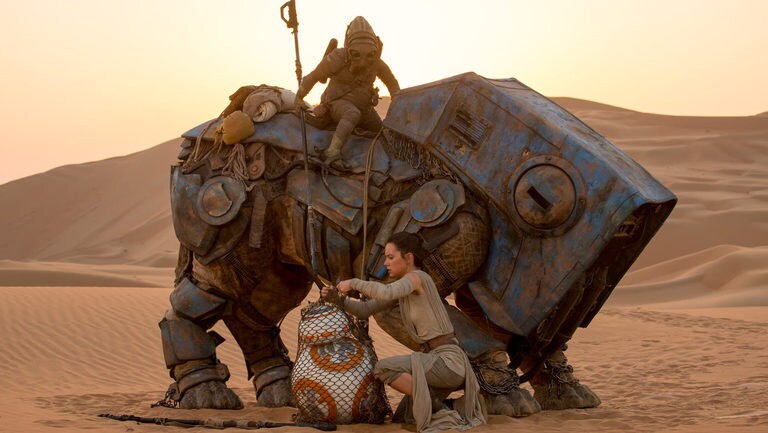 2. Not Just a Costume

The luggabeast bearing Teedo on Jakku isn't wearing armor because it's the latest fashion trend (side note: Is anyone on Jakku concerned about fashion? I'm guessing not.). According to Star Wars: The Force Awakens: The Visual Dictionary, the cybernetically-enhanced creature's shell is comprised of mechanical systems that help with endurance -- systems include water recycling tanks and tanks for purified air. And the luggabeast has to lug around other beings and items on top of all that. 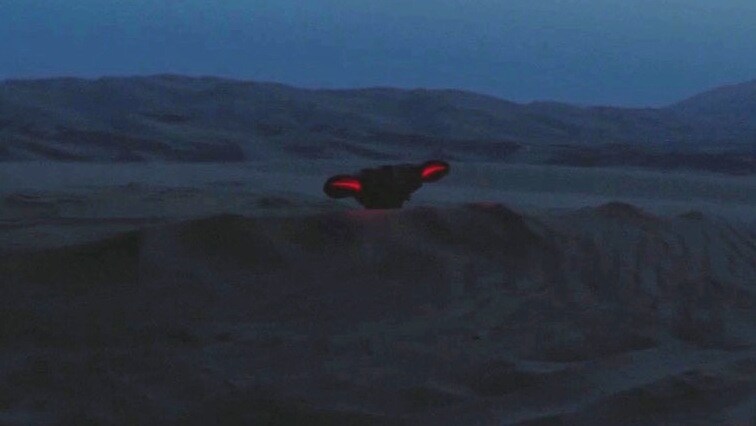 Though some creatures require electronics or multiple puppeteers to move, the nightwatcher worm was a little more straightforward. The creature on Jakku, also known as a sandborer or Arconan night terror, was a hand puppet controlled by the movie's creature effects creative supervisor Neal Scanlan. He discussed it at the Creatures, Droids and Aliens of Star Wars: The Force Awakens panel at Celebration Europe. Scanlan just sunk into the sand and lifted the nightwatcher worm puppet up. Director J.J. Abrams came to Scanlan with an idea for the worm, but budget was an issue. Scanlan told Abrams he could build the worm for 100 quid, but Ivan Manzella -- a creature concept designer -- said he could build it for 50 quid. He did so and completed it over a single lunch period. 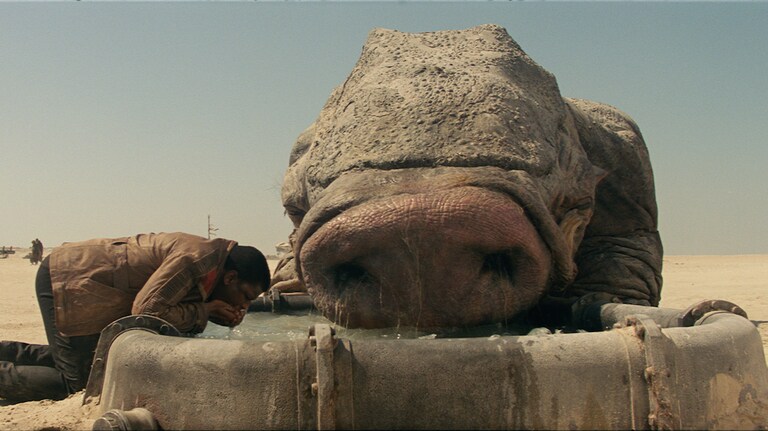 Part of the charm of the creatures of The Force Awakens was the emphasis on the physical. The happabore, for existence, had a massive presence; it took five puppeteers to bring the creature to life. Scanlan said they made it more complex for themselves by making things less complex, if that makes sense. He told IGN, "What we decided to do was go the other way and throw, in a sense, the technology out the window and say, 'How do we bring things to life using physical performance, theater? How do we make things less complex but more successful?' So the real challenge would be, like the large happabore creature, for instance, at the watering well, and the large blue creature that catches BB-8 at the beginning when Rey first discovers BB-8 -- they were very simple creatures that were performed by lots of people. They were by far the most challenging things to make, because we didn't know how to make them."

Figuring out the process for crafting the happabore made the beast Scanlan's favorite. He told Star Wars Interviews, "My favorite creature is the large beast at the watering-hole in Jakku. I am particularly proud of this creature because of our essentially 'low-tech' approach. I showed Vanessa Bastyan, our head of fabrication, a simple wooden animal kit that consisted of many profiles slotted together and thought this might be a way of building a very large creature that could be physically performed rather than mechanically operated with electric motors or hydraulics. Vanessa did an incredible job of taking this idea and turning it into reality. The final creature consisted of those very similar profiles covered in a tailored latex skin. There was very little that we sculpted and molded, so this creature was constructed from the ground up."

The luggabeast is somewhat reminiscent of the the bantha. The demanding environment on Jakku requires a tough and sturdy beast of burden. Concept designer Christian Alzmann explained the inspiration behind the luggabeast look in The Art of Star Wars: The Force Awakens: "Let's try to redress an elephant again, as they did for the banthas in A New Hope. That was literally the framework: Let's have some new updated versions of old creatures." When in Abu Dhabi, Scanlan thought applying honey to the happabore might be an effective way to attract flies. You know, it would add some atmosphere. Instead, he told Star Wars Interviews, the sand flies were attracted to him rather than the creature. He had to fend off the insects all day. 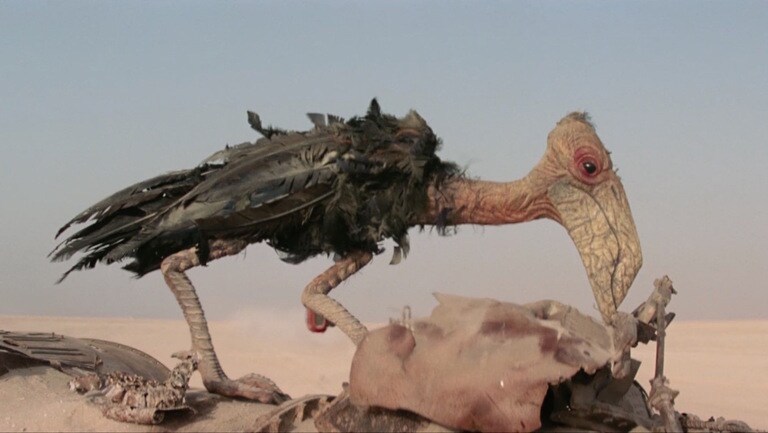 Jakku served as he home to all sorts of interesting creatures, including the steelpecker. The idea of a bird that snacks on metal was inspired by a conversation between Abrams and Steven Spielberg. Creature designer and sculptor Jake Davies cited the source of the bird in The Art of Star Wars: The Force Awakens. "It would be poking around the innards of a machine and come out all oily and dirty and crumbly -- old filthy rust all over its feathers -- which I found quite exciting," he said.

Which creature in The Force Awakens made an impression upon you? Tell us in the comments!