Plus a new look at the film and tickets on sale tomorrow!

Star Wars: The Force Awakens is just two months away and today we're proud to reveal the official theatrical poster showcasing an awakening of the dark side... and the light: 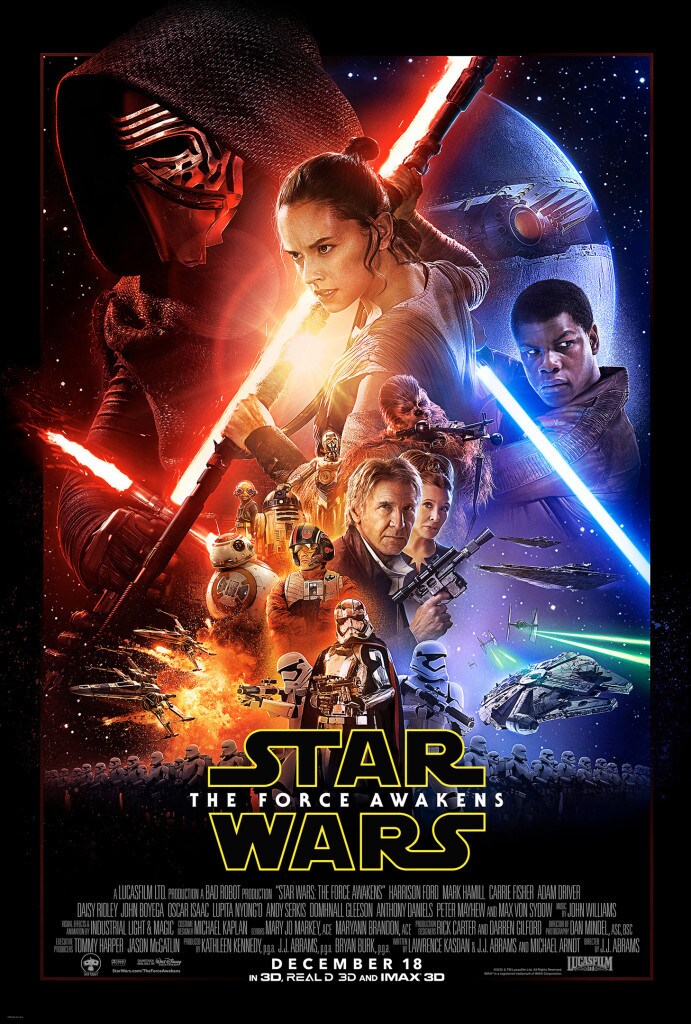 And be sure to tune into ESPN's Monday Night Football tomorrow for an exclusive new look at the film.

If that's not enough, tickets for the highly anticipated film will also go on sale tomorrow for showings in theaters across the globe. Check out the list below to see how some theaters will be celebrating this momentous occasion with special events and exclusive giveaways. 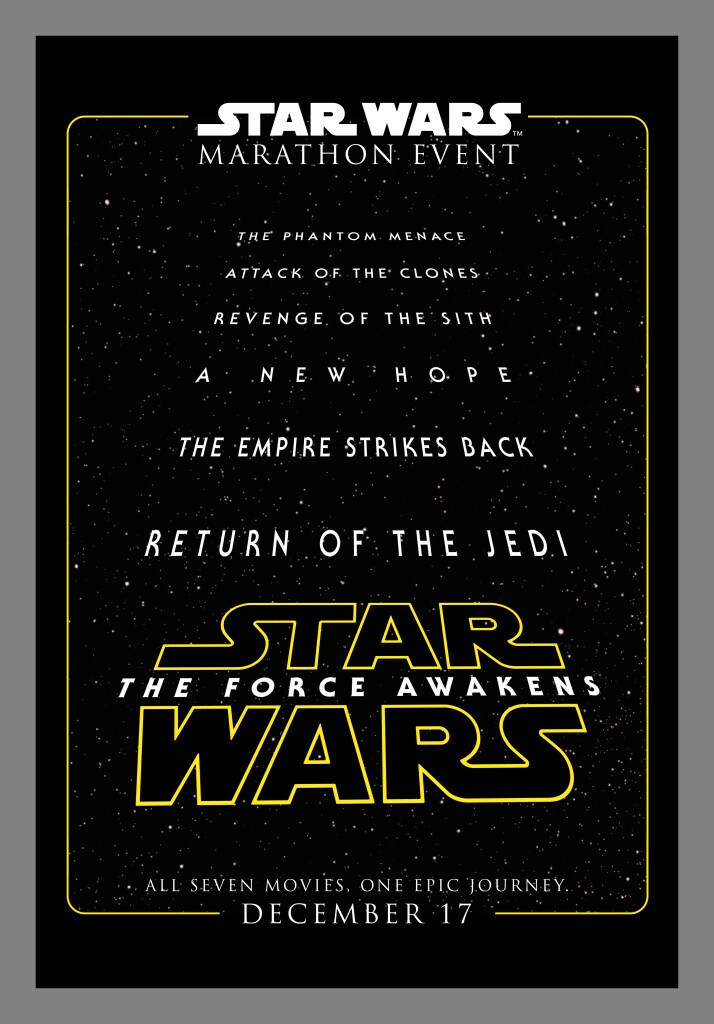 The Star Wars Marathon Event is the ultimate fan experience. All seven movies. One epic journey. Guests will see each of the six previously released Star Wars episodes in digital 2D beginning with The Phantom Menace and concluding with the opening of Star Wars: The Force Awakens in 3D! Guests will also receive a lanyard featuring exclusive marathon art. Coming December 17. 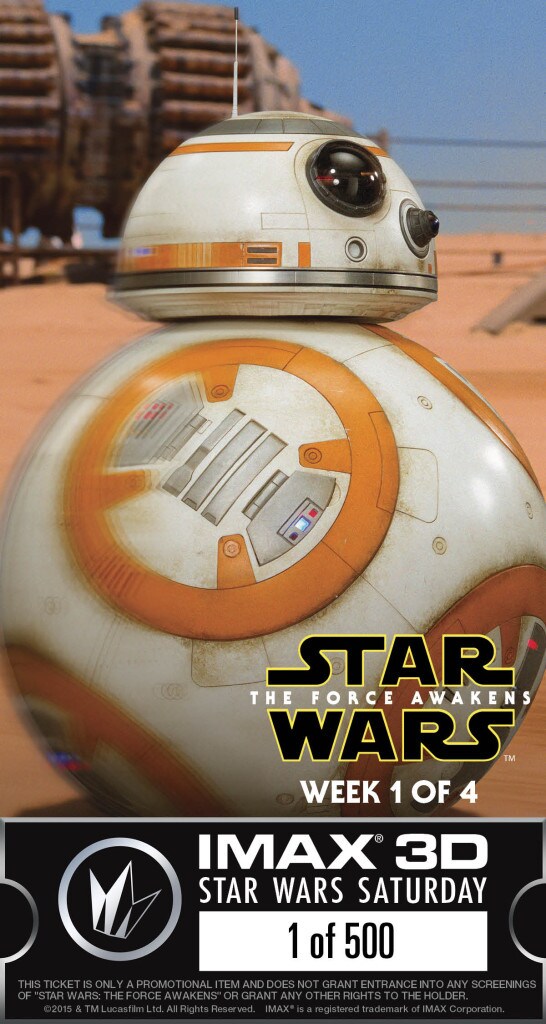 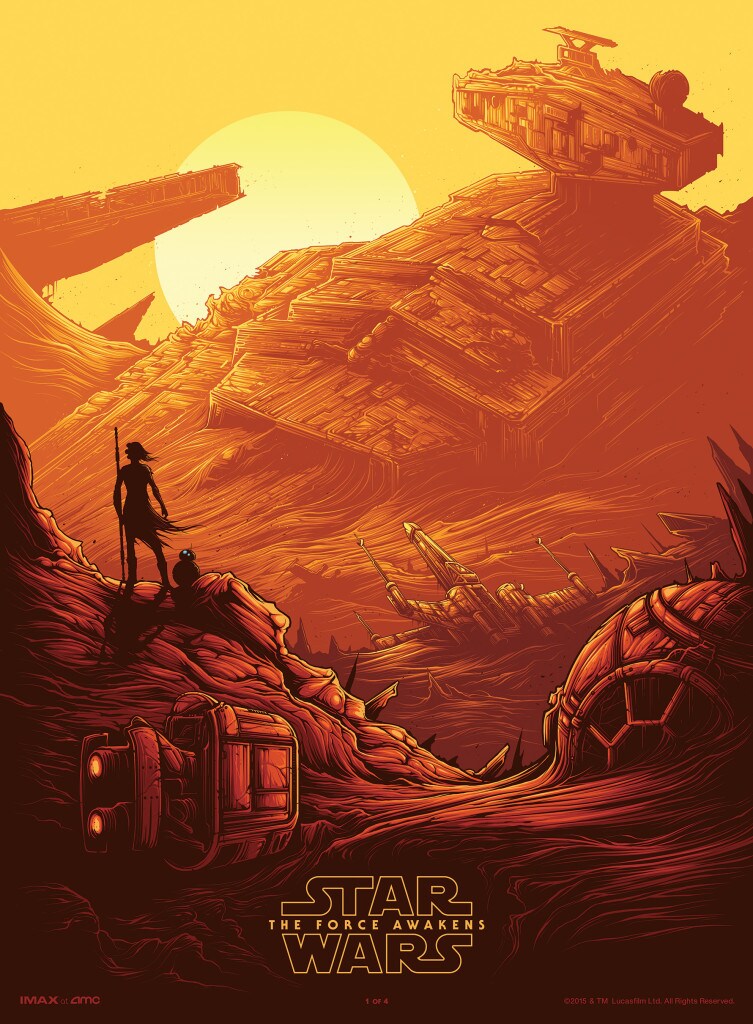 Star Wars Sundays: Each Sunday, from December 20 to January 10, guests who purchase a ticket to see Star Wars: The Force Awakens in IMAX 3D will receive an AMC-exclusive Star Wars print from artist Dan Mumford. A new poster will be revealed each week.

Also, join the celebration at Walt Disney World as AMC Theatres and Disney Parks celebrate the release of Star Wars: The Force Awakens. The Opening Night Event will take place on December 17, where participants will be among the first to see the new film at AMC Disney Springs 24 and then celebrate together at a private after-hours party at Disney’s Hollywood Studios. Tickets are available online only at AMCtheatres.com/StarWarsWDW 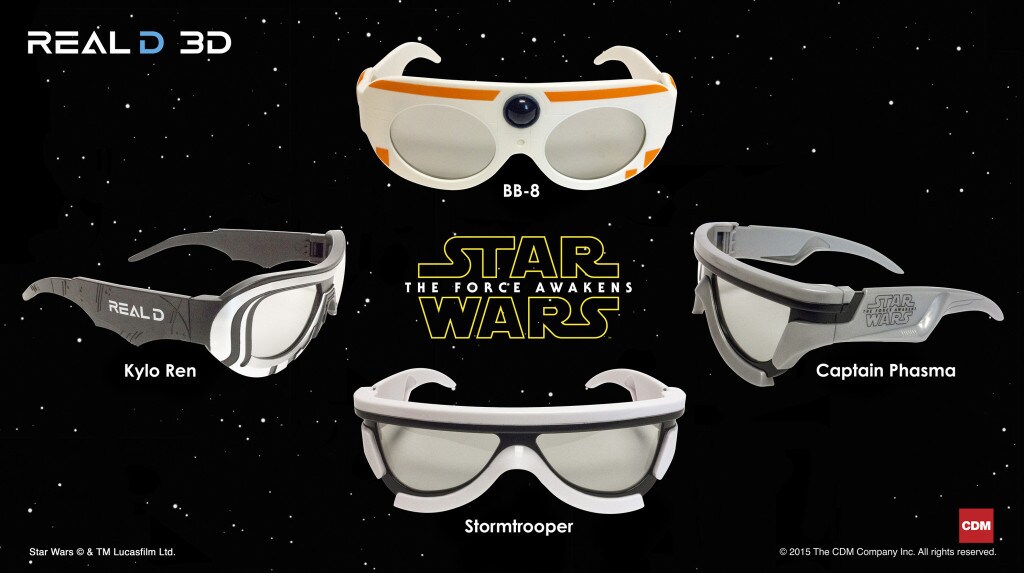 Cinemark is giving fans the opportunity to receive a pair of exclusive RealD 3D Star Wars glasses. There are three ways guests can get these collectible glasses: By attending the Star Wars Marathon Event on December 17. By attending the first show of Star Wars: The Force Awakens Thursday 12/17 in Cinemark XD, or with the purchase of a Star Wars concession combo, coming in November. 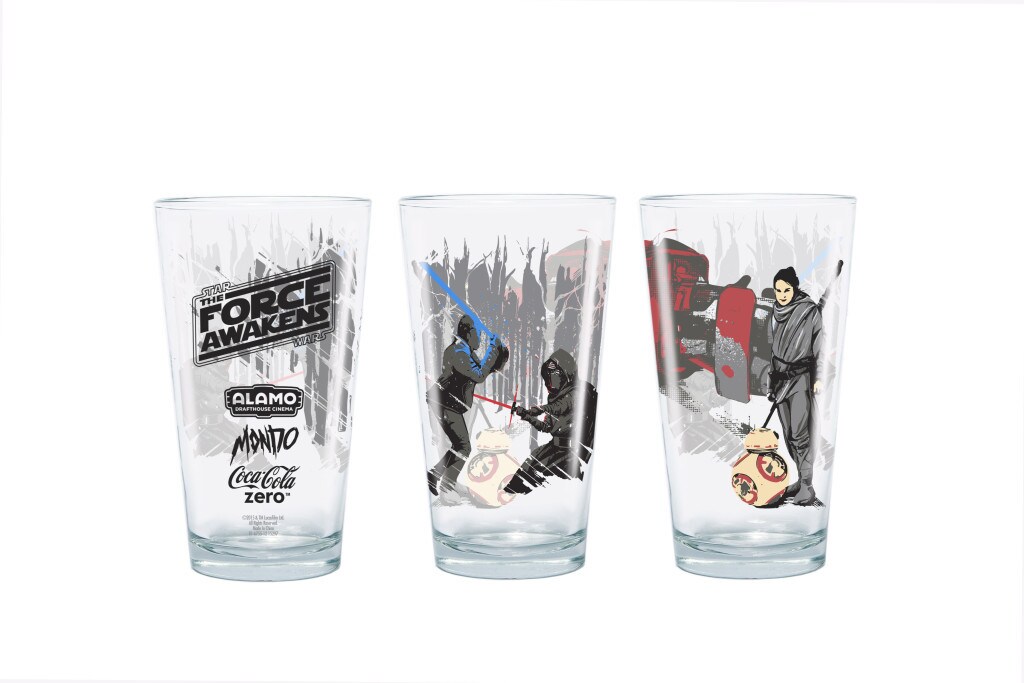 As part of the advanced ticketing promotion at participating Alamo Drafthouse locations, you can snag two exclusive, limited Star Wars: The Force Awakens collectible items: an officially licensed Mondo-designed pint glass and the first ever, double-sized collector’s issue of their very own magazine, BIRTH. MOVIES. DEATH., celebrating 40 years of the Star Wars saga!

The film will be presented in DOLBY VISION - a state-of-the-art laser projection system that delivers richer colors and distinctly brighter images while preserving deep and dark blacks. When combined with DOLBY ATMOS sound technology, which creates moving audio that surrounds you in three-dimensional space, the picture and sound will excite your senses and inspire your emotions with breathtaking realism.

Fans will also be immersed in an extensive display of costumes and props from the making of the movie and see an all-new laser lightsaber curtain show.

And on opening day one, pick up an exclusive collectible BB-8 button!

On Fandango, Star Wars: The Force Awakens ticket buyers will be entered into a sweepstakes for the chance to win a trip to the film’s world premiere. Moviegoers who purchase tickets within the first 24 hours can increase their chances to win. Additionally, ten runners-up can win a collectible “Dark Side” or “Light Side” prize pack.