Expand your love of the galaxy far, far away with LGBTQ+ characters who call it home.

Star Wars is for everyone, and that means the worlds we explore are inclusive and diverse places to visit. Although there’s still work to be done to create more high-profile stories of people of all gender identities and expressions, ethnicities, sexual orientations, and backgrounds in the galaxy far, far away, to celebrate this Pride Month -- which spotlights the importance of continued conversation and support of LGBTQ+ rights for dignity, visibility, and equality -- we’ve gathered a short list of just a few of our favorite out and proud queer Star Wars characters. 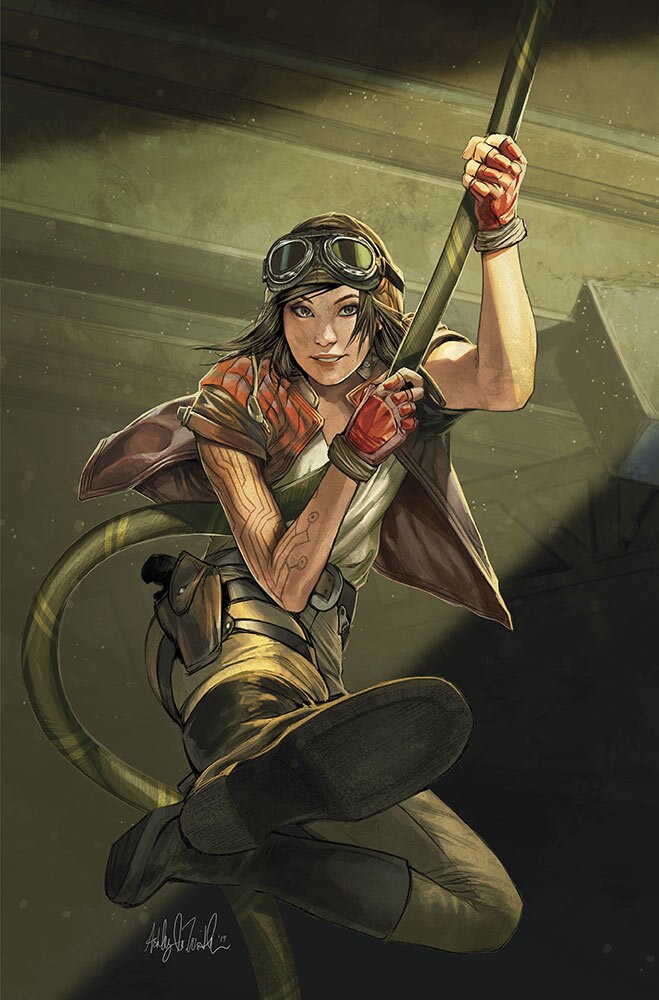 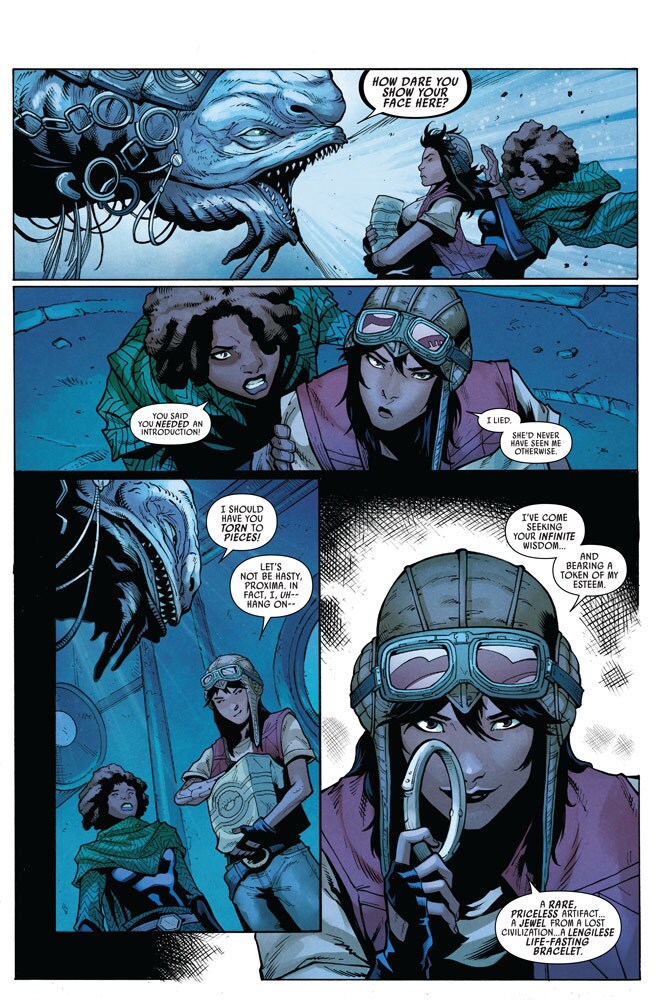 Doctor Aphra is a delightfully complex character with questionable morals and an unpredictable zest for adventure that’s led her to work for Sith Lord Darth Vader and team up with Luke Skywalker. But frequently it’s her heart that complicates things for the rogue archaeologist. Her romance with Sana Starros, whom she met while the two were students at the University of Bar’leth, ended badly, but the two women were able to rekindle a business partnership later. And when the intriguing Imperial Inspector Magna Tolvan found herself in pursuit of Aphra and trapped together by the hungry maw of a chthonic worm god, the two women shared a passionate kiss without even knowing each other’s names.

Further reading: Follow Aphra’s misadventures in her own monthly ongoing Marvel series, Star Wars: Doctor Aphra (2020), and learn more about the not-so-good doctor as StarWars.com asks the question that plagues the galaxy: Who is Doctor Aphra? 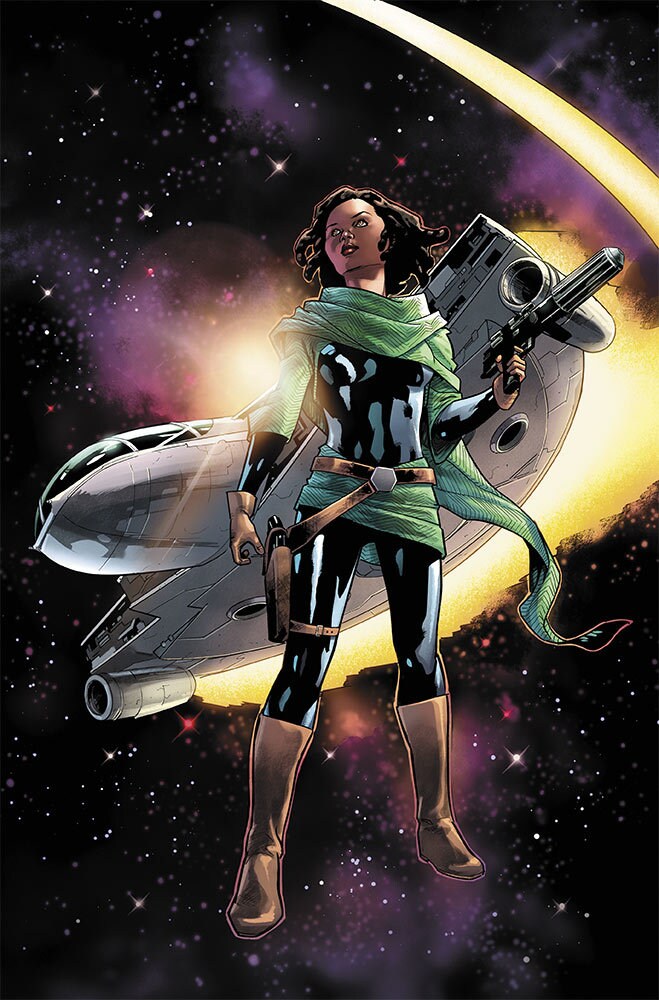 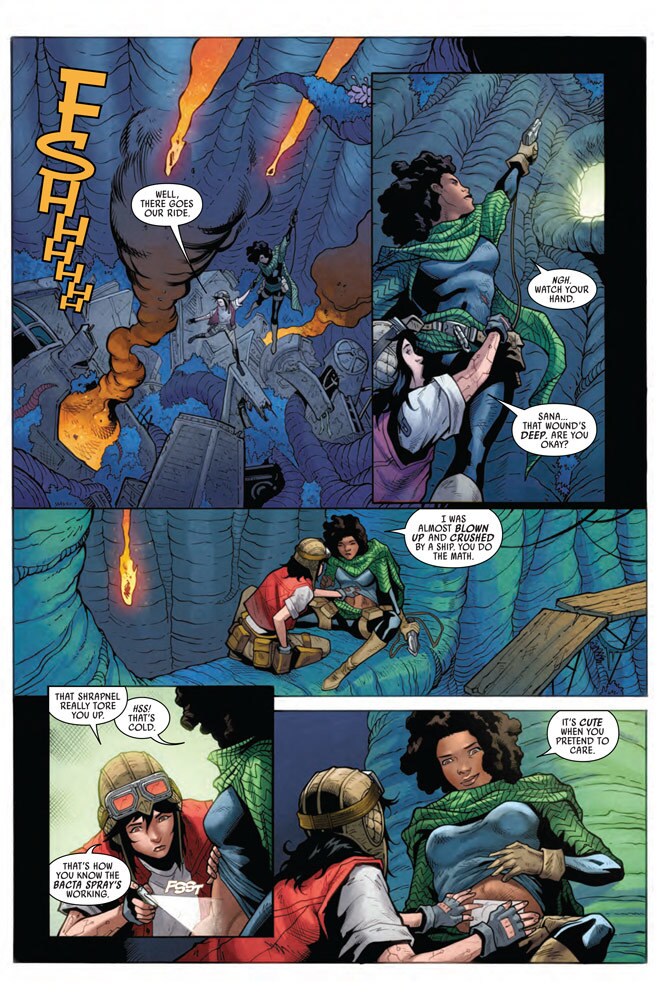 If she’s to be believed, the smuggler Sana Starros has been married to Han Solo and romantically linked to Doctor Chelli Aphra -- although the former was undoubtedly more scam than real relationship. When it came to Sana’s former lover Aphra, the memory of their romance left Starros nursing a grudge and deep-seated hatred for years to come. But eventually, Aphra apologized and Sana stopped trying to kill the woman who had broken her heart. In the latest run of the Star Wars: Doctor Aphra comic, the pair have become a formidable duo in the hunt for a priceless artifact, but the tension of their past continues to ripple through their partnership.

Further reading: In Marvel’s Star Wars: Doctor Aphra (2020) #7, Doctor Aphra literally shows up on Sana’s doorstep on Corellia with a peace offering of sweet rolls and a plan to get an audience with White Worm crime family leader Lady Proxima. 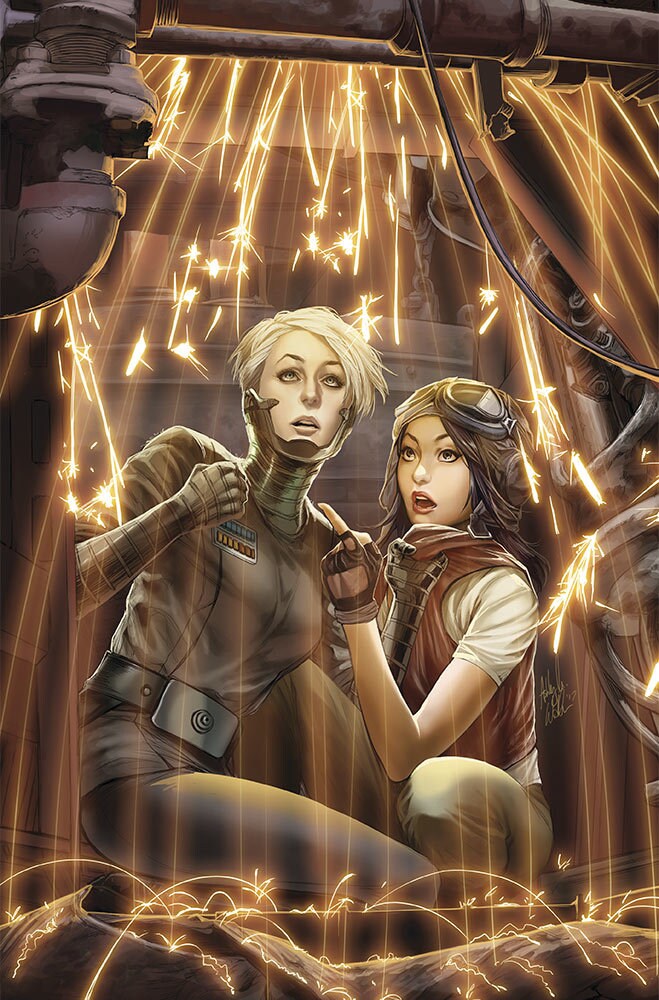 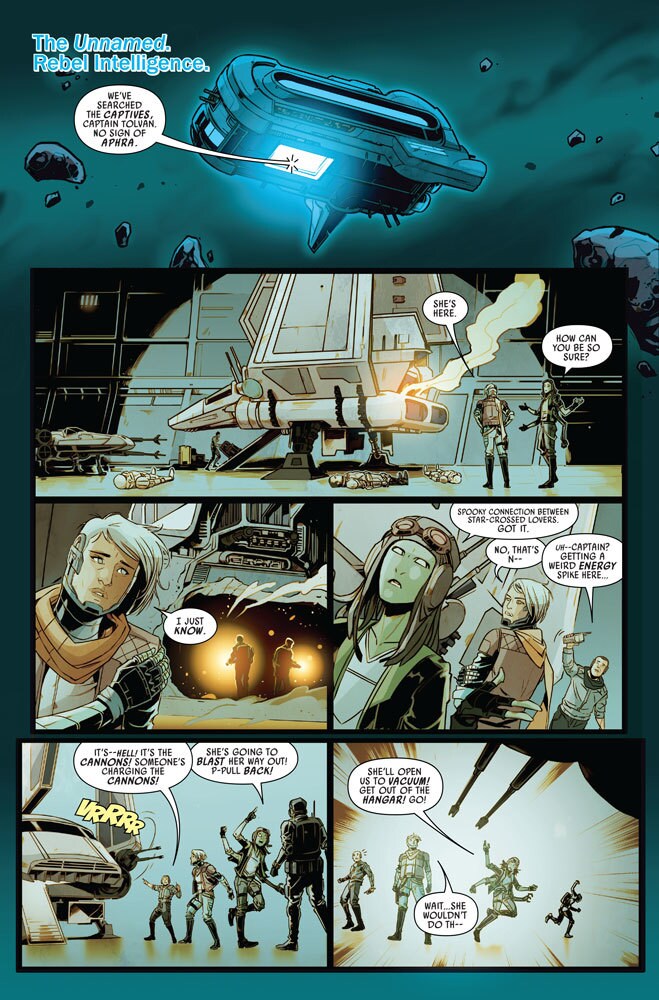 Another entry in the romantic interests of Doctor Aphra, Magna Tolvan’s lust for the archaeologist has a long history of complications. It’s a case of opposites attracting, as original Doctor Aphra writer Kieron Gillen has noted that he created Tolvan as something of a foil for Aphra’s frenetic whimsy. Tolvan is a serious, strait-laced Imperial -- at least until Aphra’s influence leads to a change of heart -- and the sexual tension between the two is palpable. 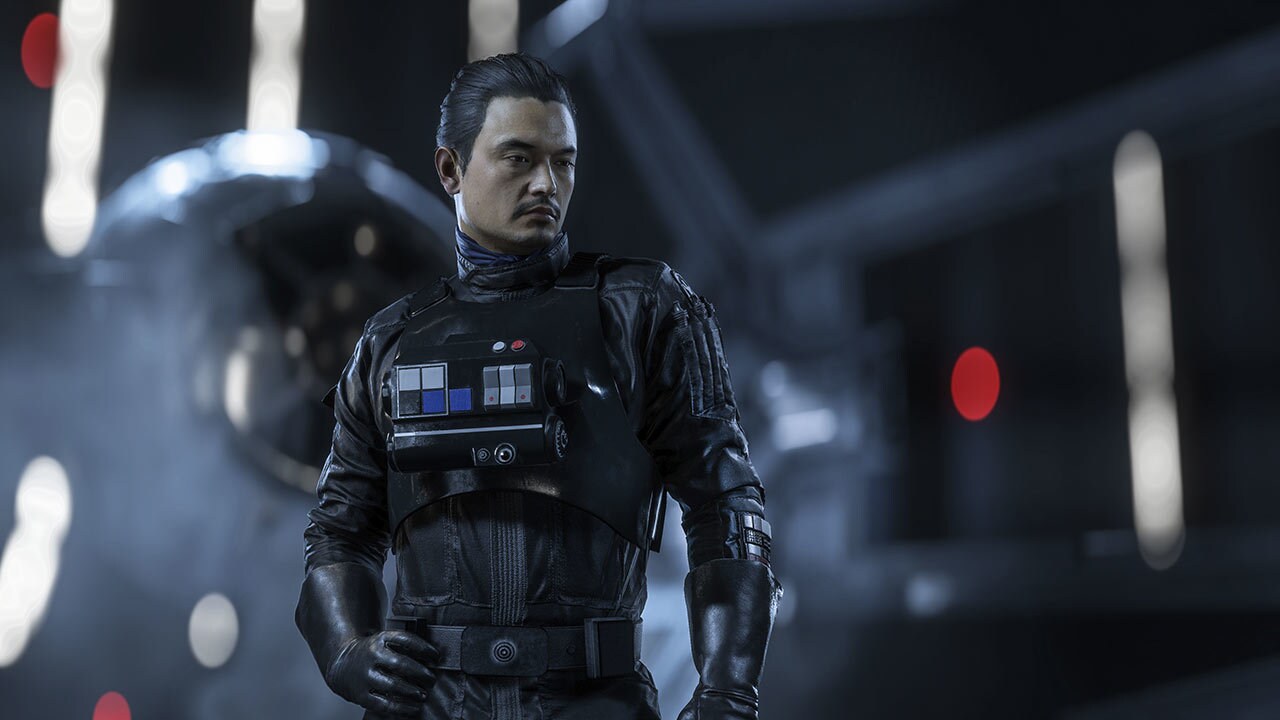 The staunch Imperial is more than just a talented TIE pilot -- although his prowess at the controls is undeniable. While he’s fighting among the stars hoping to restore order to the galaxy, Varko is anchored by his beloved husband, Emory, who works on Kuat and is fiercely proud of Varko’s achievements. A peaceful life together is a future Varko will fight for with all his skill.

Further viewing: In the CG short, “Hunted,” get a sense for Varko’s commitment to the ideals of the Empire or fly alongside him in Star Wars: Squadrons. 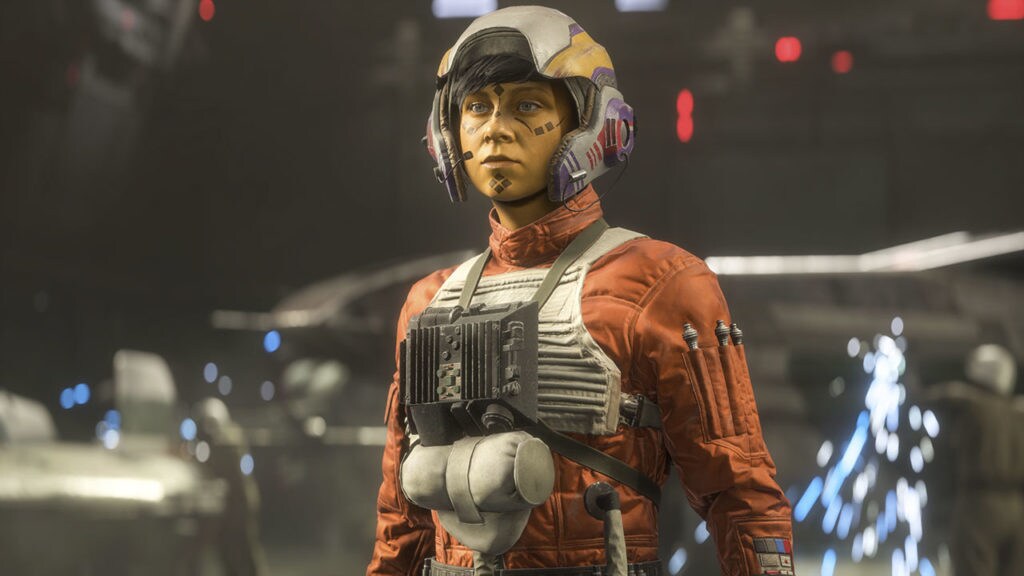 The Force-sensitive Mirialan pilot left home seeking adventure, finding it on the galactic racing circuit. As their eyes were opened to the Empire’s oppression, the non-binary Keo left racing to join the New Republic’s Vanguard Squadron. Handling their A-wing with a daredevil’s skill, Keo flew alongside like-minded sentients fighting for equality, diversity, and freedom against Imperial injustice.

Further playing: Fly alongside them in Star Wars: Squadrons. 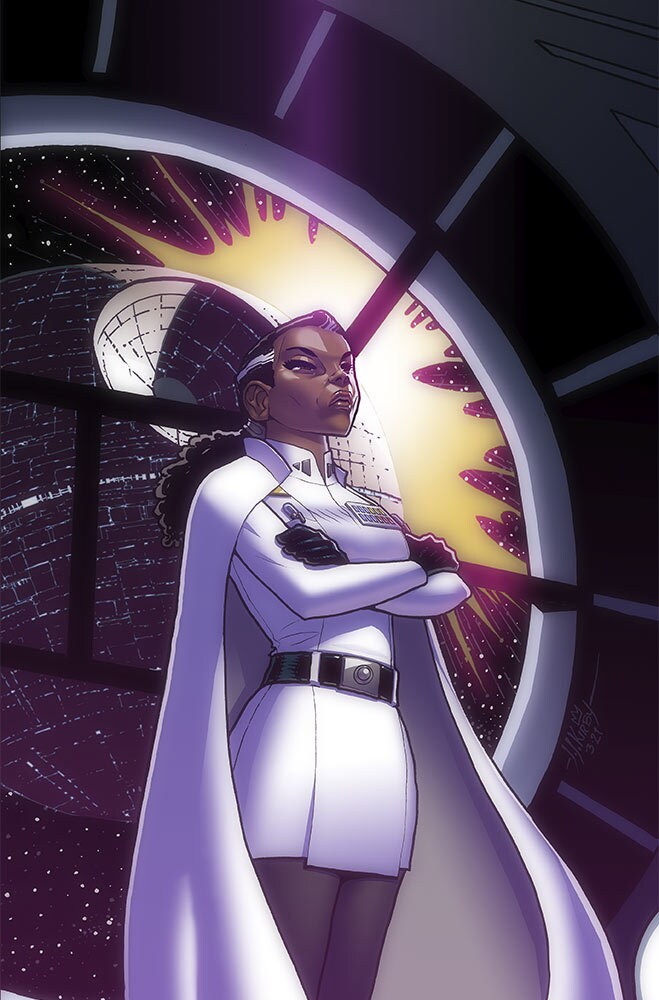 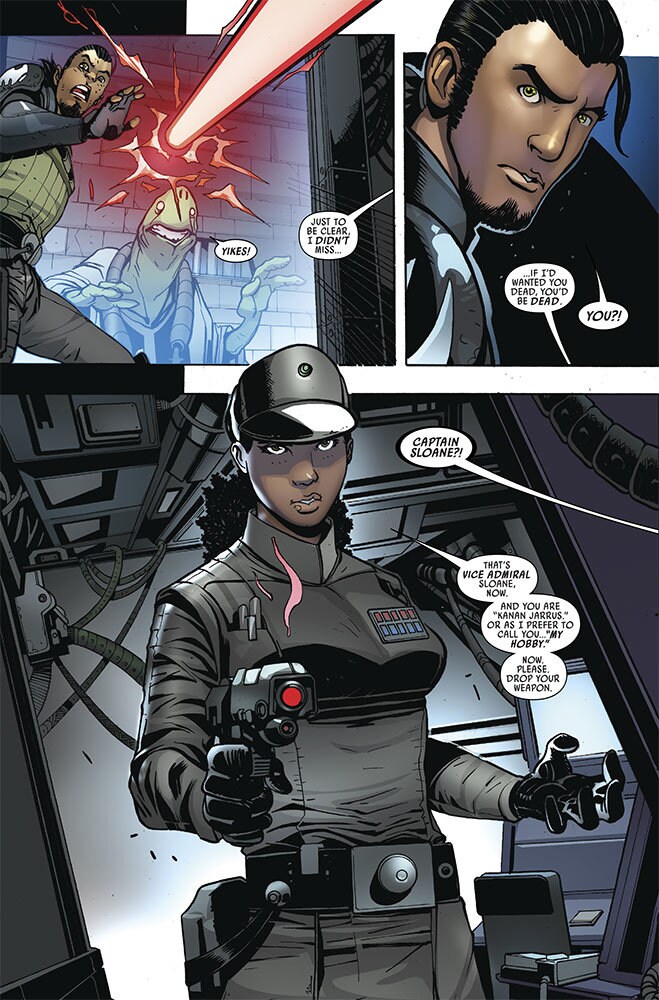 Grand Admiral Rae Sloane has appeared across Star Wars games, including in Star Wars: Squadrons, books, and comics as a dedicated cadet who rose in the ranks to become the protégé of Brendol Hux, father of the future First Order general Armitage Hux in the sequel trilogy. After the Battle of Jakku effectively ends the Galactic Civil War, Rae is a key member of the Imperial remnant that flees to the unknown regions to wait out the rise of the First Order. And although her romantic leanings don’t often factor into her story, Rae’s bi-sexuality was introduced in the novel Star Wars: Empire’s End.

Further reading: The Star Wars: Aftermath trilogy will give you a deeper appreciation for this badass Imperial. 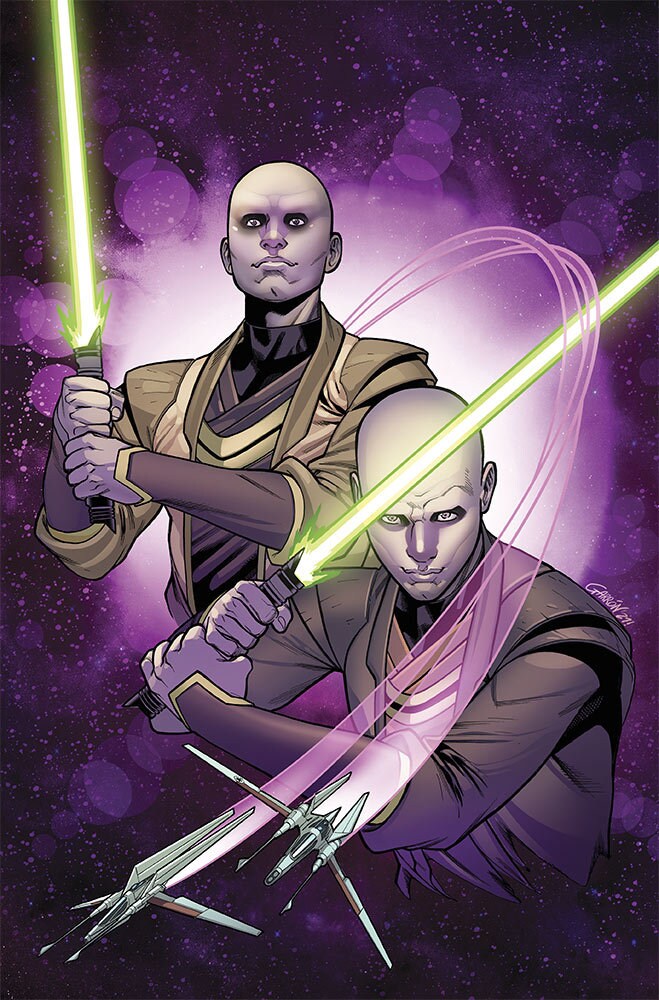 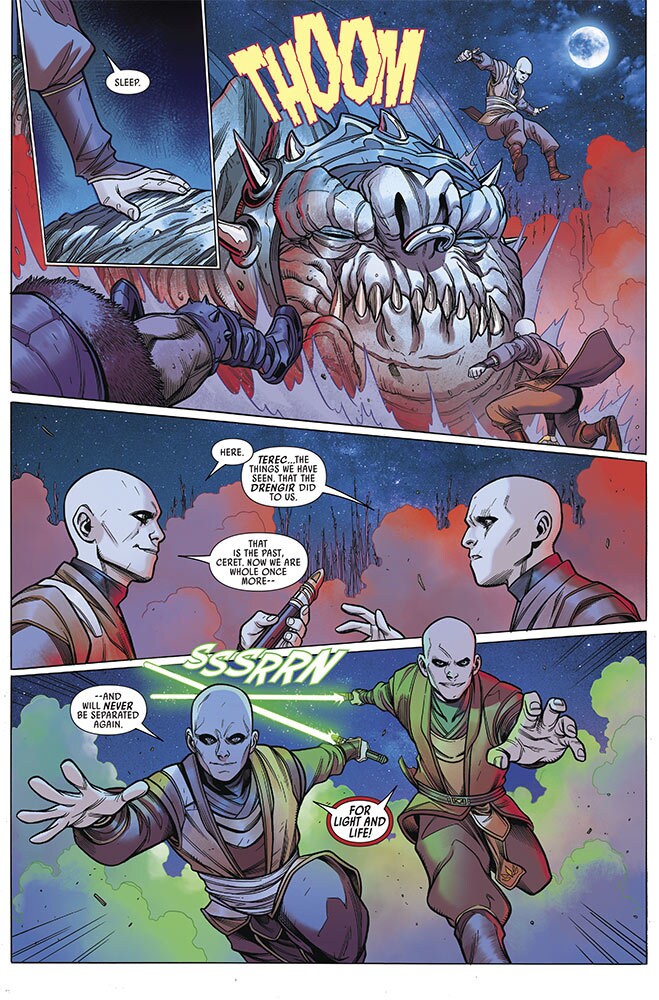 The bond-twins Terec and Ceret in Marvel’s Star Wars: The High Republic comics are the first trans non-binary Jedi in modern galactic lore. Using the pronouns they, them, and their as individuals, the Kotabi Jedi also share a linked mind, finishing each other’s sentences and sensing each other’s pain.

Further reading: Pick up Star Wars: The High Republic #6 when it’s released June 30 to see the next chapter in the twins’ story and grab a special variant cover by artist Javier Garrón celebrating Pride Month.