Not everyone in the galaxy is a warrior. Some beings, in fact, can only be described instead as a worrier. But just because you’re not built for adventure, that doesn’t mean you can’t be a hero, as evidenced by everyone’s favorite protocol droid. That’s right, we’re talking about the indispensable C-3PO.

C-3PO may not be a smooth-talking smuggler with a blaster at his hip or a lightsaber-wielding Jedi, but he can still save the day. And he’s done it more than once. Threepio might just be the bravest of all the galaxy’s heroes.

Here are six times that the gabby goldenrod fought through his fear to be an invaluable team player.

1. Threepio called in reinforcements to save Senator Padmé Amidala from the clutches of the Separatists. (Star Wars: The Clone Wars)

With Jar Jar Binks and C-3PO at her side, Senator Amidala answered a plea for aid from an old family friend on Rodia. She fell into a trap by the Separatists and was held captive by her desperate friend in exchange for food for his people. But Padmé easily escaped from her cell and rescued Threepio from the battle droids. Then she sent the wary protocol droid on his own mission to send a distress signal to the Republic.

Threepio distracted the battle droids (“I think that was rather clever,” he told himself proudly) and walked into the communications room without a single blaster bolt sizzling through the air. Then he contacted the clone troopers on a restricted frequency. Republic warships packed with troopers soon arrived on the planet, and they saluted an incredulous Threepio as they landed.

2. Threepio and R2-D2 rescued the future heroes of the rebellion from the garbage masher just in the nick of time. (Star Wars: A New Hope)

The Death Star’s trash compactor was almost the abrupt end of the rebellion. If C-3PO hadn’t turned on the comlink at the last possible moment, what fate might have been in store for Chewbacca, Princess Leia, Han Solo, and Luke Skywalker? Luke probably never heard a sweeter sound than Threepio’s harried voice on the other end of the comlink.

C-3PO’s reaction to their plight also revealed the connection he already felt to his new friends. “Curse my metal body! I wasn’t fast enough,” he wailed.

3. He convinced some very unlikely allies to join the Rebellion. (Star Wars: Return of the Jedi)

It took C-3PO’s shiny golden appearance and a little bit of help from Luke Skywalker to capture the Ewok’s attention, but it was Threepio’s recounting of the Galactic Civil War that finally gained the tribe’s loyalty.

Don’t believe the fussy protocol droid when he insists that he isn’t good at telling stories. He’s excellent at it. Complete with sound effects, Threepio’s harrowing tale of Darth Vader, spaceships, AT-AT’s, and a city in the clouds turned the tribe’s sympathies toward the Rebellion. The Ewoks were ferocious allies on Endor and helped turn the tide against the Empire, all because they listened to C-3PO. 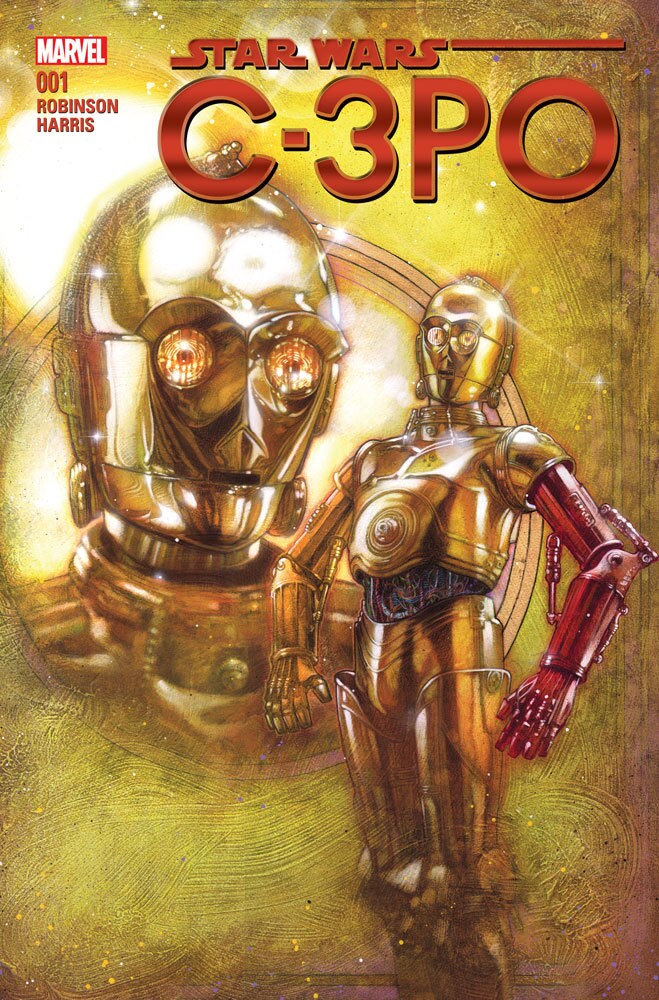 4. Threepio helped retrieve Admiral Ackbar from the clutches of The First Order, but at a great cost. (Star Wars Special: C-3PO #1)

Threepio served as droid communication chief for the Resistance. He and a team of droids were the only survivors of a crash during a vital mission to retrieve a First Order droid with intel on Ackbar’s location. As the team made their way toward a homing beacon far from the crash site, three of them gave their lives to ensure Threepio and the enemy droid made it there safely. After noting their loyalty and persistence, that droid gave Threepio the information to find Ackbar before he succumbed to the planet’s acid rain.

C-3PO lost an arm in the ordeal, which was all that remained of O-MR1, so he picked up the droid’s red arm from the ground just as the Resistance arrived on the inhospitable planet. Ackbar was saved. Although the appendage clashed with the rest of his metallic body, Threepio wore it as a reminder of his friend and the sacrifices his fellow droids had made.

5. C-3PO gave up everything to set Rey on her path. (Star Wars: The Rise of Skywalker)

A mysterious Sith dagger held an invaluable clue to the location of Exegol and the Sith Eternal stronghold. And C-3PO was the only one who could read it. It took Babu Frik’s expertise to retrieve the translated information, but it came with a cost -- all of Threepio’s memories.

Still, it was his friends that Threepio was most worried about losing. He fought past his fear and agreed to give it all up for the good of the galaxy. (Luckily, R2-D2 was there later to restore his friend back to his old self.) 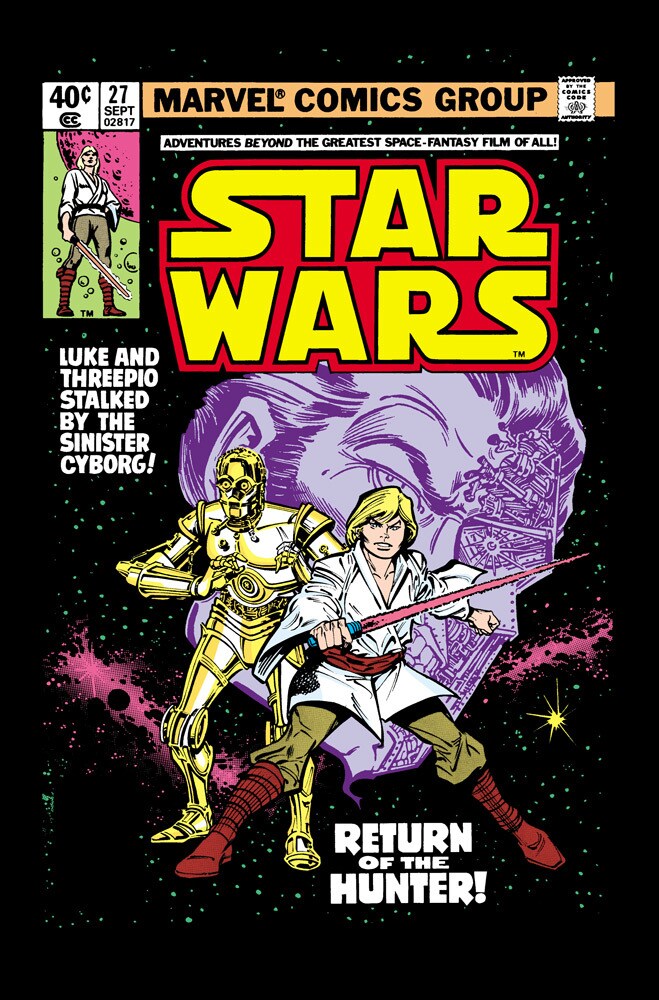 6. Legends also tell of a time when Threepio alone saved the life of Luke Skywalker from a relentless bounty hunter. (Star Wars #27, 1979)

Beilert Valance was a ruthless bounty hunter who was renowned for his hatred of droids. After he learned of a young man who kept the company of two droids -- and dared to treat them as friends -- he made it his mission to hunt the rebel down. When Valance finally came face to face with Luke, he gained the upper hand in their fight, but it was Threepio who leapt in front of Luke to protect him.

“I’m not programmed for bravery,” the protocol droid said to Valance, “but I can’t let you do this, sir! Not to Master Luke!”

Moved by Threepio’s willingness to sacrifice himself for Luke, Valance had a surprising change of heart. He allowed them to escape back to their ship. Is this story of true bravery just a myth? Perhaps. But you know what they say about legends…

C-3PO overcame his fear time and time again to protect his friends and do what needed to be done for the sake of the galaxy. While he might have been the first one to complain and fret, the protocol droid was an essential part of the rebellion and the Resistance, and one of the best friends anyone could have at their side.