Director Jose Perez III talks to StarWars.com about ILMxLAB’s upcoming VR experience that will explore the Star Wars galaxy like never before.

From the lightsaber-wielding fun of Trials on Tatooine through the intense, story-driven Vader Immortal, ILMxLAB has continually pushed the boundaries of experiential storytelling in virtual reality. (And, let’s face it -- seeing Darth Vader walk toward you is just kind of awesome.) Star Wars: Tales from the Galaxy’s Edge looks to be the next leap forward, bringing Star Wars fans to Batuu -- the world seen in Disneyland® Resort and Walt Disney World® Resort at Star Wars: Galaxy’s Edge -- where they’ll encounter barkeep Seezelslak (played by Bobby Moynihan) and be transported to different eras of the saga through his stories.

Today at Facebook Connect, ILMxLAB pulled back the curtain just a little further on Tales from the Galaxy’s Edge, debuting a new teaser along with some major reveals: Anthony Daniels will reprise his role as the iconic C-3PO, Yoda is set to appear, and the experience will release this holiday season. StarWars.com caught up with Tales from the Galaxy’s Edge director Jose Perez III to discuss the origins of the experience, featuring ol’ goldenrod himself, and more.

StarWars.com: I love how Tales from the Galaxy's Edge is a multi-layered experience: you'll get to explore and have adventures on the outskirts of Black Spire Outpost in VR, while at the same time, engaging in all of Seezelslak's stories. How did the concept come to be?

Jose Perez III: Obviously, we LOVE Star Wars here at ILMxLAB, and we really wanted to create something that would allow us to freely explore this multifaceted universe George [Lucas] created over 40 years ago. So we developed a structure for our story to fictionally support the idea of jumping between different eras in the Star Wars galaxy. That’s where Seezelslak and his tales come in. He tells such great stories, you will literally be transported to other places and eras as you live out these adventures first hand. This structure allows us to play with different mechanics and tones as we dig into future tales.

So we had our story conceit but we needed a place to ground it all, and Batuu was an obvious choice. We came away from our first visit to Galaxy’s Edge incredibly inspired. Black Spire Outpost is rich with characters and legends yet to be unveiled to the public. It was ridiculously exciting to think about how we could expand the story of Black Spire Outpost while bringing Star Wars adventures to a new medium.

StarWars.com: Usually in Star Wars VR or gaming, you're building worlds based on movies or other media, and you're limited to the reference available to you. But here, Black Spire Outpost actually exists at Disney Parks. What difference did that make in bringing it to life for Tales from the Galaxy's Edge?

Jose Perez III: Being able to stand in a physical version of Star Wars was incredibly helpful. The ability to absorb the atmosphere of the land was super informative.

In our experience, players will actually spend their time in this adventure on the outskirts of Black Spire Outpost. Building out these new areas of Batuu was an incredible challenge that our artists tackled head on and with a lot of enthusiasm. We were very lucky to have a physical world we could reference from an art and story perspective, and I think it really solidified the project as a whole.

StarWars.com: Today we learned that Anthony Daniels will play C-3PO. To your mind, what does having his performance add to the experience?

Jose Perez III: Threepio is one of the most iconic characters in the Star Wars galaxy. He’s one of the first characters you see in the original trilogy. Having Anthony bring his experience and energy to the game has been a dream come true. He really elevated our project with his deep-rooted understanding of C-3P0 and his fun-loving attitude and kindness. Having the real Threepio just makes everything feel more Star Warsy.

StarWars.com: And what can you tell us about C-3PO's role?

Jose Perez III: Without giving away too much, you are working on a ship that is “transporting” Threepio to Batuu when shenanigans ensue. The ship crashes and Threepio is really broken up about it. So it’s up to you to help him pull himself together and accomplish his top secret mission for the Resistance. That’s all I’ll say! 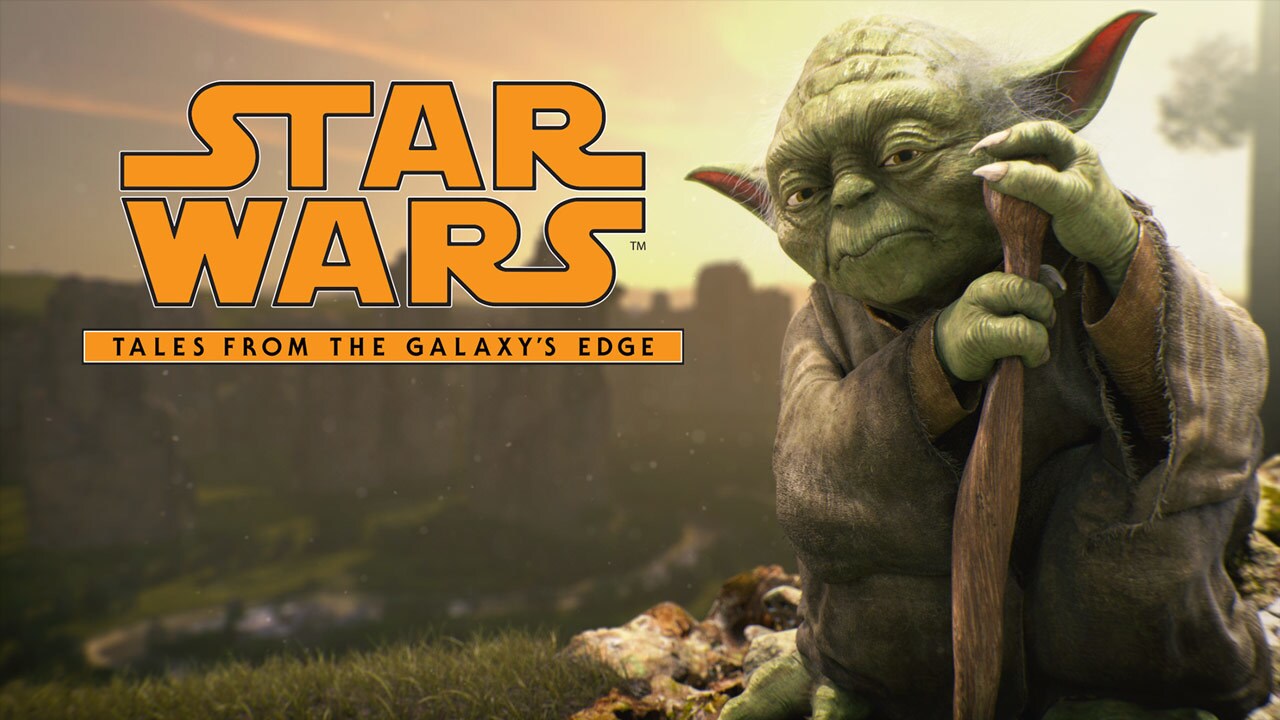 StarWars.com: You also teased that Yoda will be in Tales from the Galaxy's Edge. I know you probably can't say anything about it, but...tell us ONE thing. Please.

Jose Perez III: In Vader Immortal, we let you stand next to Darth Vader. It was terrifying. In Tales from the Galaxy’s Edge, when you stand next to Yoda, THE Jedi Master, it is powerful and a little heartwarming. I’m super stoked for all the fans to experience that.

StarWars.com: Finally, VR is still a new form of storytelling for Star Wars. What do you think VR offers to Star Wars that traditional media cannot?

Jose Perez III: VR is by far the most immersive way to experience Star Wars from your living room. Being able to stand directly next to these iconic characters, explore the galaxy from any angle, battle enemies with one-to-one motion controls, and be a character in the story yourself was simply not possible before virtual reality. It’s really its own thing. It’s pretty wizard.

Watch the new Star Wars: Tales from the Galaxy's Edge teaser below!