Jabba the Hutt's home on Tatooine is an unlikely place. The immense building beyond the Dune Sea is seemingly in the middle of nowhere, and it's on a planet that isn't exactly known as a hotbed of any kind of activity other than Podracing. In this case, location isn't everything because despite geographic challenges, Jabba has the credits and influence to attract quite the variety of denizens -- in one way or another. Jabba's throne room seems as crowded as the Mos Eisley Cantina, and when we enter the Hutt's palace in Return of the Jedi, we meet a bevy of new aliens and creatures for the first time. 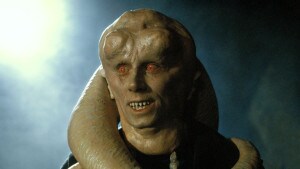 1. Twi'leks
The festive gathering at Jabba's palace introduced us to not only only one Twi'lek but three. We met Jabba's loyal attendant Bib Fortuna, a dancer slave known as Oola, and the singer Lyn Me (she was added in the Special Edition of Return of the Jedi). We've encountered many more Twi'leks since Episode VI including the Jedi Knight Aayla Secura and Star Wars Rebels' Hera Syndulla. 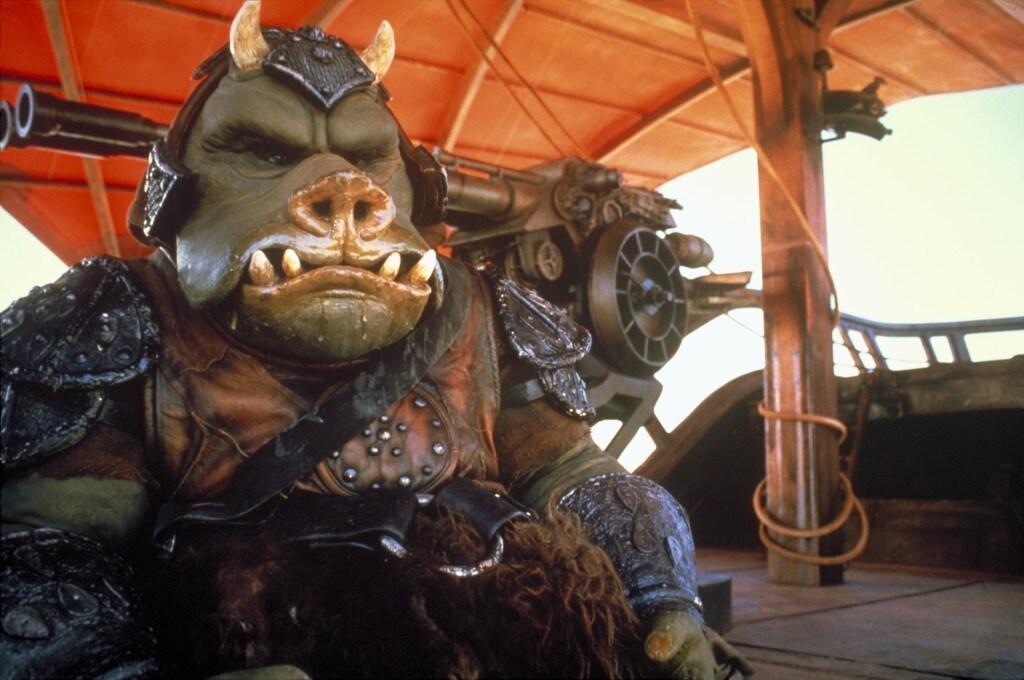 2. Gamorreans
Jabba is so important he requires security, and he apparently prefers to hire Gamorreans to serve as guards. The green-skinned porcine humanoids are certainly capable of using their size and strength to protect the Hutt and his prisoners, but they aren't especially bright. This probably makes them ideal employees for a crime lord who doesn't want anyone to ask too many questions. 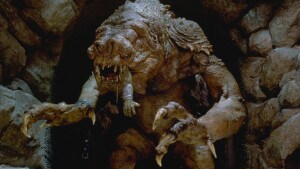 3. Rancor
It's all too fitting the repulsive Jabba would own a creature that slobbers more than anything else in the galaxy. Rancors are massive beasts with claws and a frightening amount of teeth. Their saliva is probably riddled with bacteria, too. Yuck. Gross and terrifying aspects aside, I feel sorry for the rancor we meet in Jabba's palace. The giant creature doesn't seem to have enough room and has been trained to be vicious. 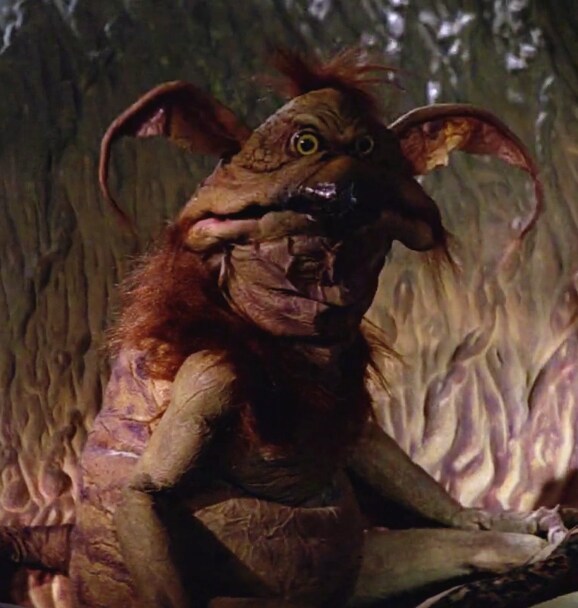 4. Kowakian monkey-lizard
No leader is complete without a sidekick and Jabba has the Kowakian monkey-lizard Salacious B. Crumb. He's sort of like a court jester, but we don't see him performing in Return of the Jedi. Actually, we see the reverse. Rather than causing the laughs, he just chuckles at the pain of Luke and his friends -- repeatedly and in the shrillest tone possible. He doesn't give us the best first impression of Kowakian monkey-lizards. 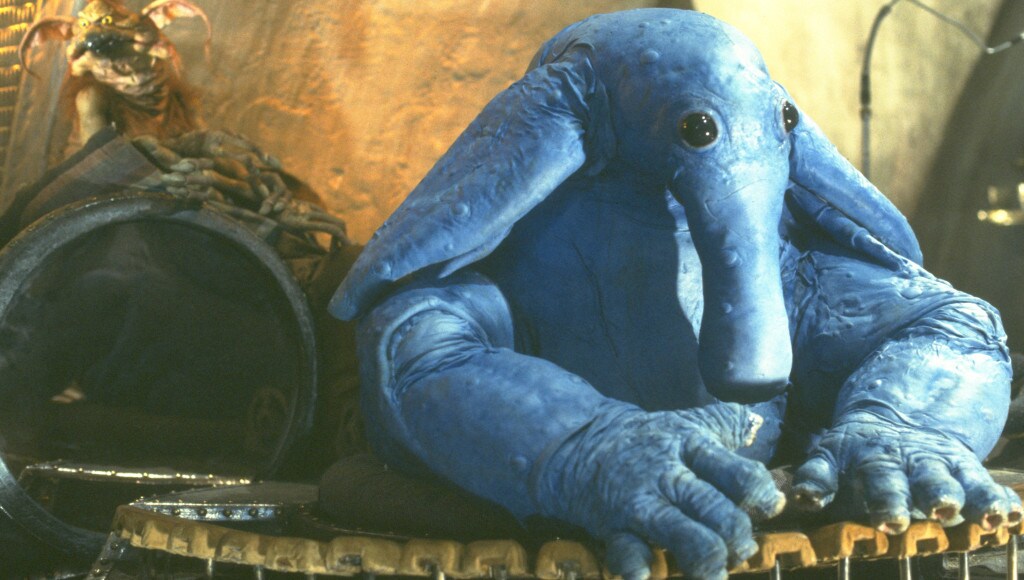 5. Ortolan
A hopping joint like Jabba's palace needs music, and he has the funds and power to bring in live bands. The Max Rebo Band happened to be performing when our heroes rescued Han Solo. The leader of the band, Max Rebo, is an Ortolan. The aliens resemble small blue elephants and were thought to be bipedal with humanoid legs, but Max Rebo's anatomy is up for debate.

This list only scratches the surface. We see a Pa'lowick (Sy Snootles), a frog-dog (Bubo), a Quarren (Tessek), and more for the first time. Jabba turned his square footage on Tatooine into a veritable melting pot.